All six games can be practiced in the Free Mode where there are no timeout or game over, but neither are high scores accumulated.

By default, the game starts in Free Mode.

The simplest game in Archaid, primarily for learning the hexagonal control mechanics shared by all the games: It’s basically a hexagonal Tetris with gravity pulling the pieces from all six direction towards the center of the plane. 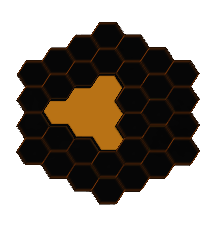 The goal is to place six similar elements into a triangle formation to remove them from the plane, before the central area fills up. The removed cells create one new cell of the next element in order.

When every cell instance of a certain element is removed from the central area, they disappear from the entire plane and stop appearing back into the game until created again.

The idea is to keep the amount of different elements in the plane low in order to keep the organization of cells into element triangles effective – and possible.

When the central area is filled the game is over. 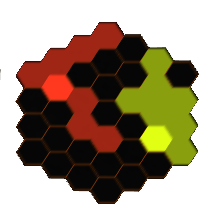 In the western version of Opposites, the goal is to form chains of letter-linked cells from the first letter of the selected numeral alphabet to the last letter. 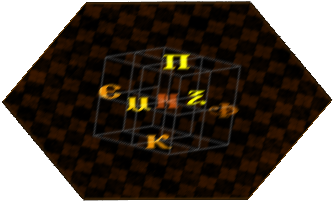 The letters link by single coordinate change in a 3x3x3 cube representation of the
27-letter numeral alphabet. Thus the cells can make from 3 to 6 possible connections
to other cells, depending on the letter. The game difficulty determines how much these possible links are hinted in the interface. 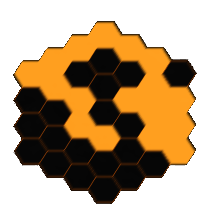 The shortest route of cells through closing chain is removed and the amount of removed cells is added to the player score and to the timeout clock.

If no more possible chains can be formed, the whole plane will reset to new.

The idea is to create as long and as letter-varied chains as possible to remove as many cells as possible, to avoid ending up with difficult planes with only few remaining closing chain possibilities.

The game ends when the timeout reached zero.

Just like the western counterpart of opposites game, linked cells are removed by closing chains,
but instead of a 27-letter alphabet cube, the Eastern version uses 64 hexagrams of the I Ching in a hybercube sphere formation. 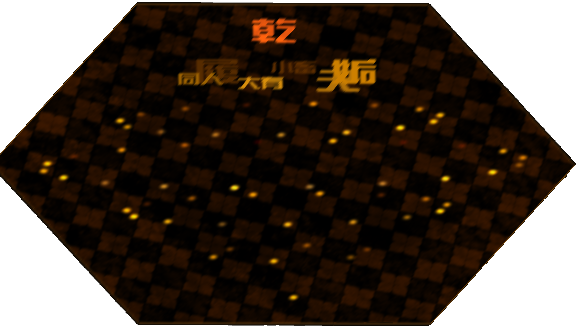 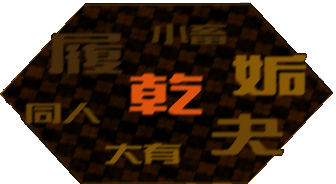 In the western version of Formation, the task is to create elements from patterns of linked letters of the 27-letter alphabet cube. There are ten possible element patterns of three to four linked cells of which each can be linked to 3-8 other elements presented as a tree. 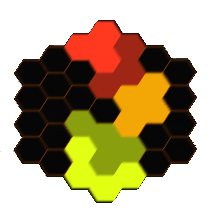 Scoring happens by connecting the highest element in the tree to the lowest through a chain of other elements. The longer the chain of connected elements from highest to lowest is, the more score is gained and time added to countdown.

The game ends when the timeout reached zero. 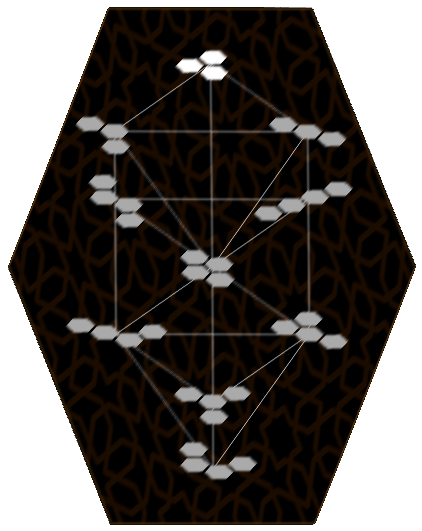 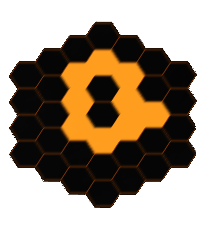 The Eastern version of Formation works just like the Eastern Opposites game, but instead of connecting the opposite hexagrams, the goal is to form loops of linked hexagrams, starting from any of the 64 hexagrams.

The longer the formed loop is, the more score is gained and time added to countdown.
The game ends when the timeout reached zero.

Numbers is (so far) the most difficult game in Archaid. Instead of letters and hexagrams, numeral values are used to form complex chains of linked cells.

Each cell has a numeral value that is presented in the selected numeral system.
The standard west Arabic number system is only used in easy difficulty mode.

Each number cell can belong to one or several figurative number sets, or to none. 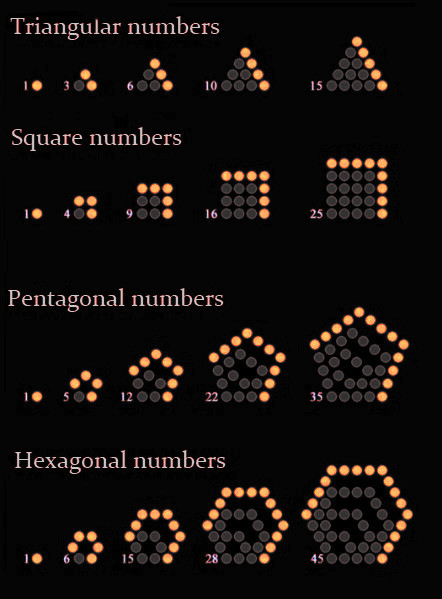 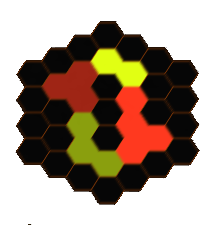 Number cells link to each other by their adjacent members in a figurative number set.
Some numbers are found in multiple figurative sets, thus they can link to more than two different numbers.

Player can change number cell value by increasing or decreasing it by one at time, but each operation costs one time point.

The goal of the game is to form loops of linked number cells. Figurative number sets are organized as 13 number classes, by the amount of numbers belonging to them under the maximum value of 999.

The number game can be paused at any time to view the number class guide:

The more longer the loop chain is and the more higher/rarer class connection it holds, the
more score is gained and time added to countdown.

The removed number cells are summed together by their values, to create a new number cell. The game ends when the timeout reached zero.

This guide is meant for them who wants to grab the new 15 achievements real quick. Lets begin... Introduction I...

This guide shows the locations of the vehicle parts required for the mission MadCop, part 2.   Introduction During the...

Comprehensive list of all the official maps in the game with preview images, categories, and descriptions.   Part...

Action Taimanin: How to Get Gems

Just a quick reference for specs, purchase locations. and riggings/type for all of the ships in the game, plus maps with ship unlock...