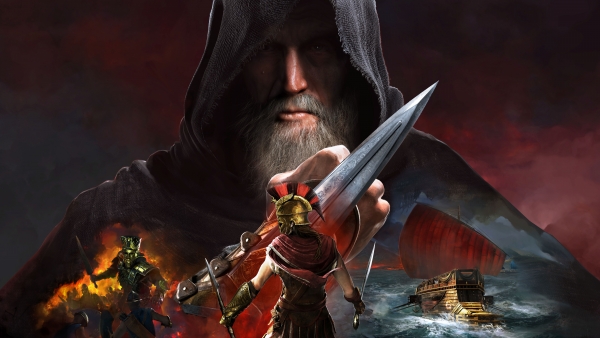 Ubisoft has announced that it’s plan for the upcoming Assassn’s Creed Odyssey. It’s season pass will feature two multi-episode storylines, Assasin’s Creed 3 Remastered, which is with a graghic engine, besides, there are separate story missions called The Tales of Greece that will be free for everyone.

The first “Arc” expansion will be available in December, and it will be a three-episode adventure called legacy of the First Blade. It will introduce the first character to wield “the iconic hidden blade” (that’d be the wrist dagger) and reveal more about the history of the Assassins.

The second “Arc” expansion is called The Fate of Atlantis, which will be available in spring 2019, which will set players on a jounrey to fabled city of Atlantis, where they’ll square off against supernatural creatures and uncover its sunken secrets.

Assasion’s Creed 3 Remastered will come with a new graphic engine, with better resolution textures, 4K and HDR is supported and the Benedict Arnold Missions, Hidden Secrets, and Tyranny of King George DLCs, plus Assassin’s Creed 3 Liberation Remastered, a “full HD” update of the originally PS Vita-exclusive companion game that was released for PC in 2014.

The Lost Tales of Grece will be released between two “Arc” expansions, free for everyone to dicover new characters, new story and new creatures. Ubisoft also confirmed that Odyssey will have a Discovery Tour mode: “educational tool will let players explore the game world in a conflict-free environment and learn about Ancient Greece’s monuments, culture and history.”

We will update latest news about Assassins’ Creed Odyssey as well.