Battle Cry of Freedom: Beginners Guide (How to Start)

A basic guide for people who are new to Battle Cry of Freedom and need some help getting around everything. 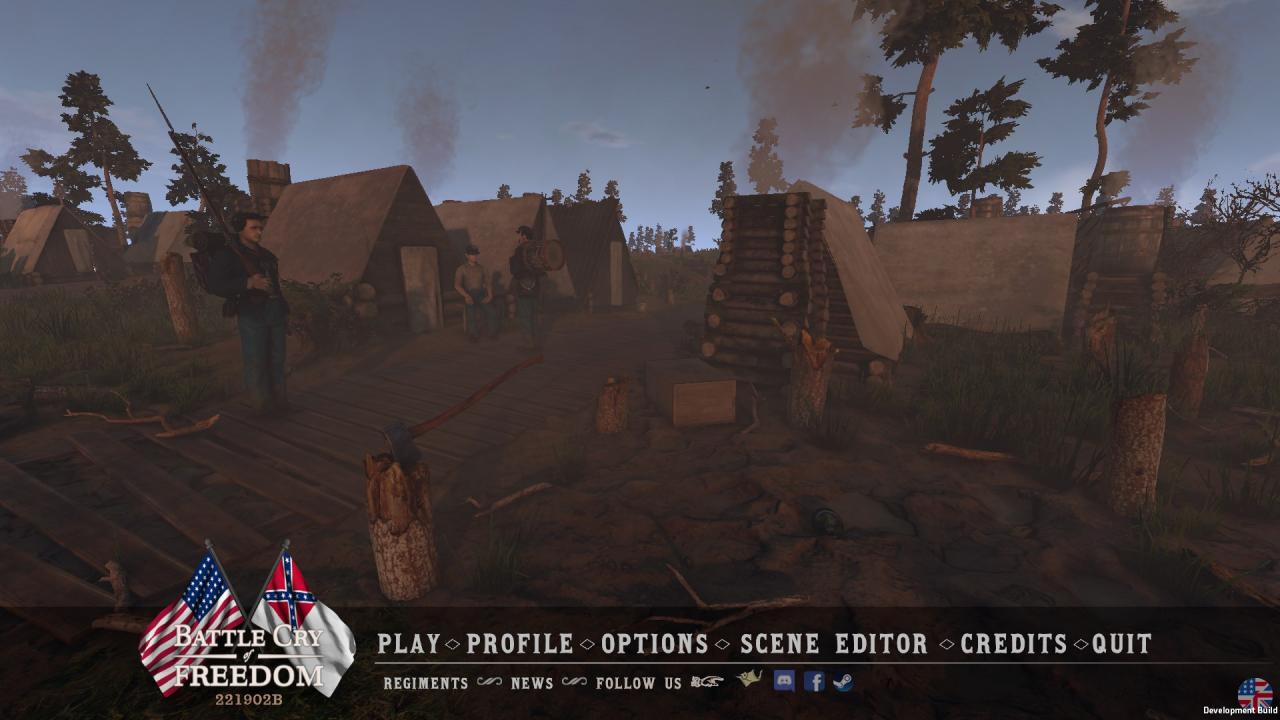 Options
is Options I recommend turning down your settings if you have a weaker pc and turn them up if you feel like you can in a match.

The last two are self explanatory one is credits and the other is quit. 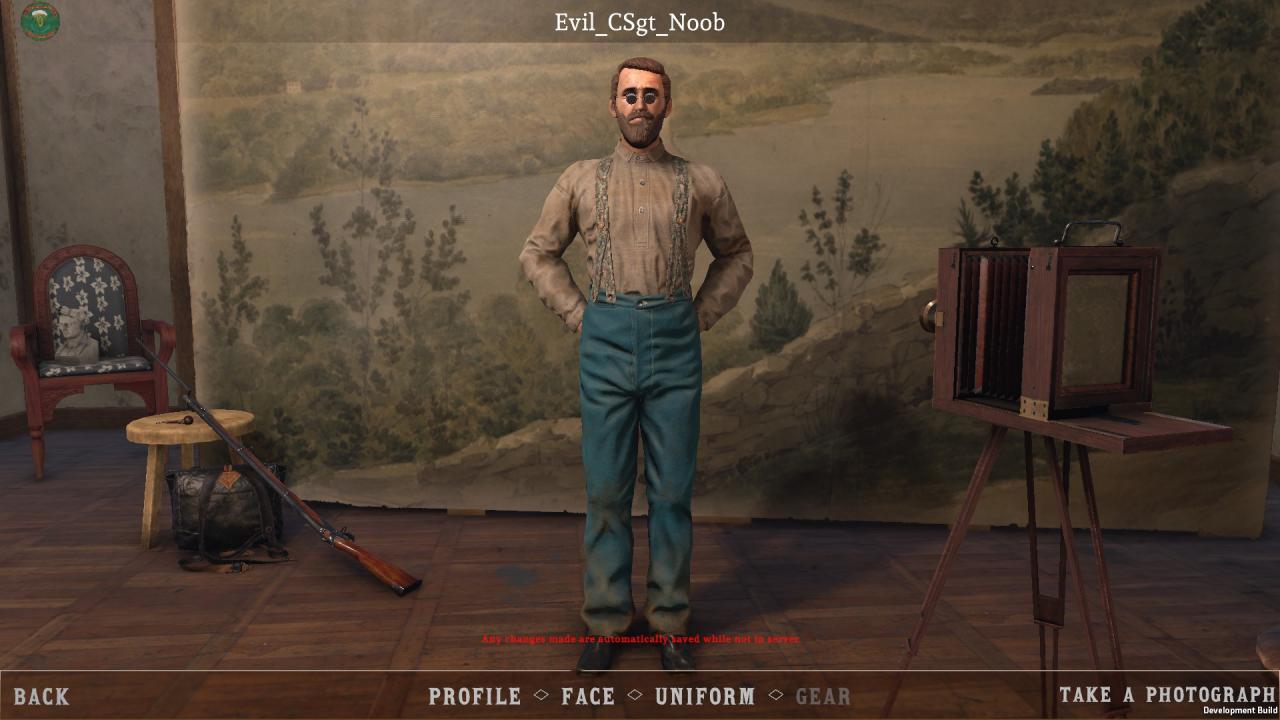 Once you hit Profile in the menu you can see 4 different sub menusProfile
Here you can change your name from player52354235 to a actual username and select your banner by clicking it (It’s a little flag that goes over your head ingame). You can have multiple profiles to have different names and faces also. Also you can choose what accent your character has.

Face
This is where you customize your characters face. In Battle Cry of Freedom you have two face one for your white character and another for your black one.

Uniform
You can see all your different uniforms select a regiment, then company then unit and then hit gear.

Gear
This is where the magic happens where you can play barbie with .your character I recommend customizing one or two guys for all of your regiments

There is a few different classes in Battle Cry of Freedom

Line Infantry
The bread and butter of the army
Being Armed with Bayonets and Muskets they are in the front dishing and taking the damage.

Sharp Shooters
Hiding in the bushes these guys kill from afar
Being Armed with rifles these guys are the sharpshooters of the game.
Stay far from your enemies if they get close you are in disadvantage in melee.

Artillery (Arty)
They shoot the boom boom guns
Probably the most complex role having to do the most jobs. Sitting the back of the map shredding enemies needs a whole guide on it’s own but here is a basic video guide

Sappers
Building defenses on the front lines and supplying men
Hit J and get a list of things you can build for your team.
From Defense to Ammo you support your team

Musicians
Hit J to bring up your music menu by playing music you give buffs to guys around such as more accuracy.

There is going to be many servers to choose from probably alot of them empty I will show you how to filter servers. 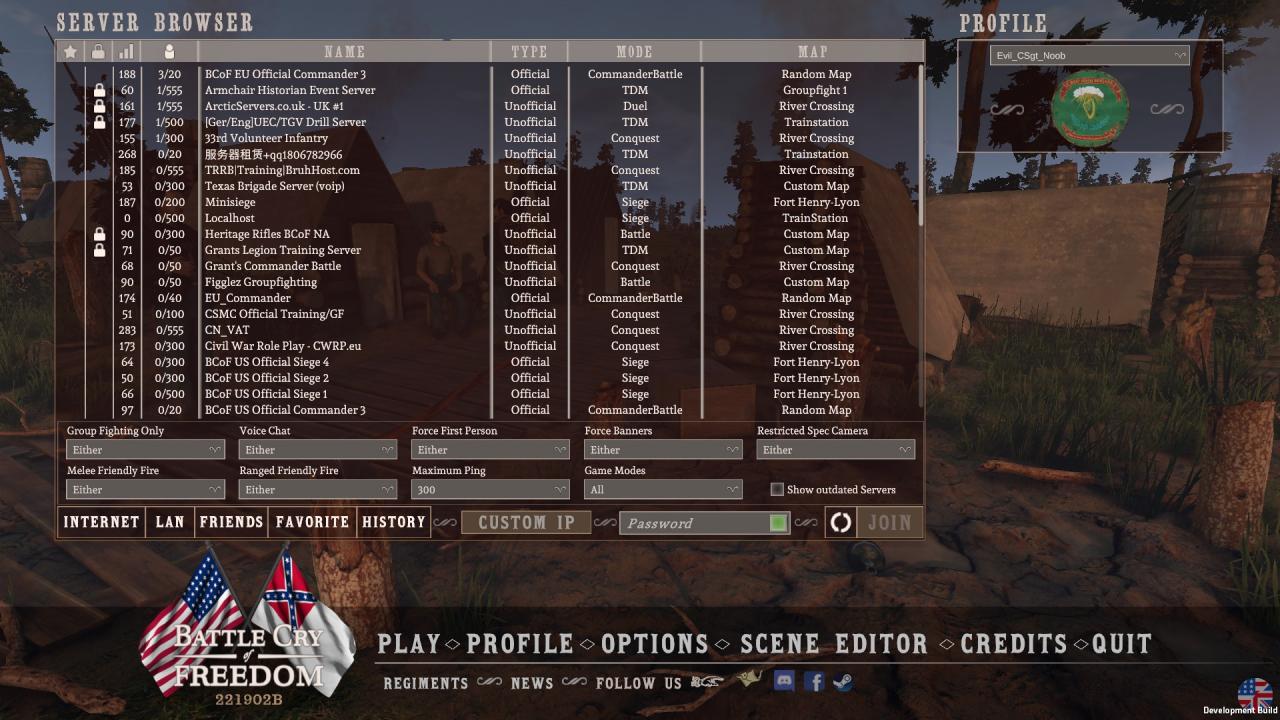 The first thing you will want to do is hit the little human icon left to Name this should filter servers from from most players to no players. This should help you you find other players also playing the game.
The next thing you should check out is all the boxes in the bottom for different servers for example if the servers have voice chat on, max ping or forcing first person only.

Battle Cry of Freedom has 3 different movement speeds
Walk,Run and Sprint (official names)
Walk is like a slow March to go into it you hit shift and to go out of it hit shift again
Run the default speed is more like a fast march
Sprint allows you to sprint hit alt to sprint you can only sprint for so long before running out of Stamina.
Another trick is if you hit Y while moving you go into right shoulder shift which allows you to recover your stamina faster. 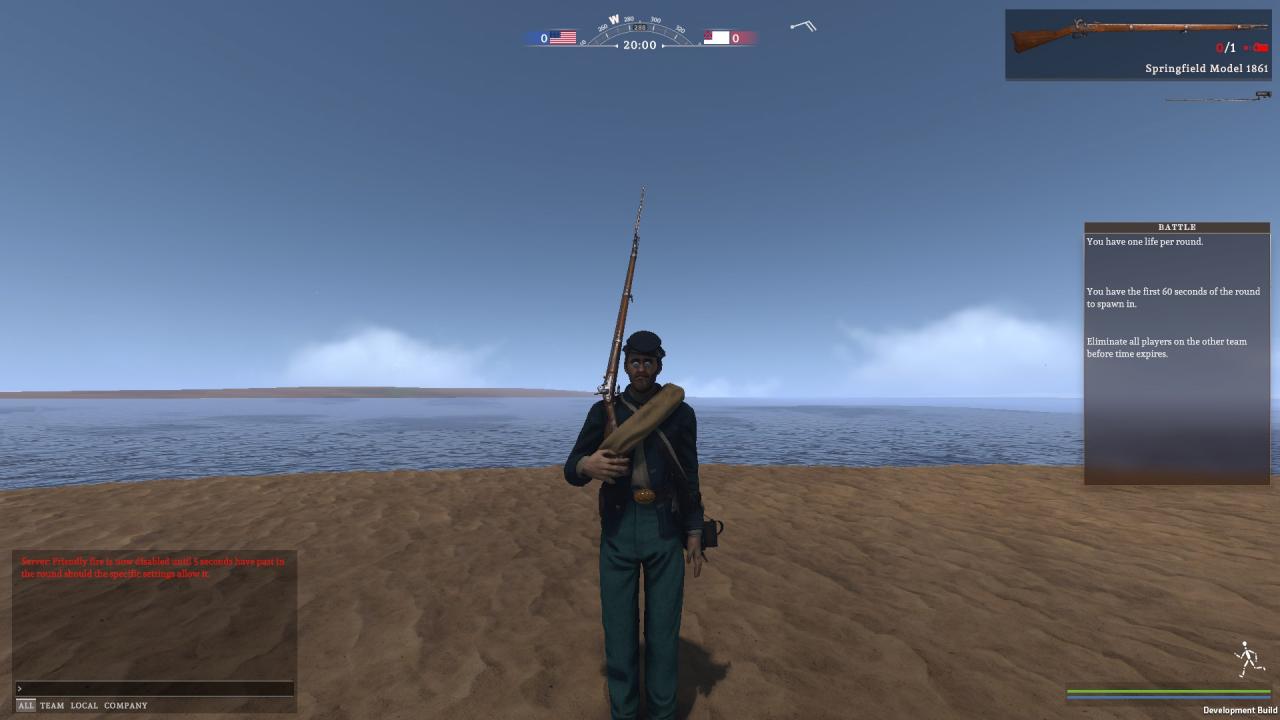 (A Soldier in Right shoulder shift)

Aim right click and shoot with left click.
V for first person and B for iron sights with your gun. R to reload
jk

A bit more then that so when you notice you selecting your troop you can see what type of ammo and gun you are picking. The different guns and ammo have more or less accuracy which you can change out by click on them.

Types of Guns
Shotguns –
Get close pull trigger
Muskets –
The least accurate of the guns these old things can only shoot Buck Shot, Buck and Round.
Rifled Muskets –
You can start hitting stuff at longer ranges and can pick from Pritchett and Minie Ball
Rifles –
The most accurate of the guns and the longest to reload you can hit stuff up to 120 meters accurately
Breech Loaders –
Also rifles but they have knew type of loading technique that allows them to load in half the time of a Rifle only the Union Sharpshooters have these.

BulletDrop and Wind
Every gun has a different range when your bullets start going down so I recommend testing out the gun to find it’s range. In the top mid right there is also a wind indicator to show you wind speed and direction something else to account for.

If you ever played Warband or Holdfast you can easily skip this section but if your new games with melee system this will be a good read.

The Basics
X – To go into Melee mode
You have 4 directions for attack and block from that not all weapons can attack in all directions and some can’t block.
To change directions move your mouse in the direction and hit Attack (being leftclick) or Block (right click)
Melee is turn based meaning lets say if you block you have turn priority meaning if you both immediately throw stabs yours will land first

Chamber/Chambering
If you throw a attack at the right timing you can block a enemy attack and throw a stab at them. If you want to try to land on you must match the same attack direction and then when you notice them going for a attack also throw your attack at the same second do a little mouse flick in the direction of the attack to get a bit more time for it to happen.

Voice chat is automatically disabled to enable go to options, audio and then voice chat to make sure the box is green and then save settings. To mute people go into the leaderboard if they are talking should show a green mic on there name left click there name and then hut mute.

Thanks to gideon09876 for his great guide, all credit to his effort. you can also read the original guide from Steam Community. enjoy the game.