Guide to crashing your chariot and acting like you did it on purpose. Includes basic and advanced tips to optimise your driving experience.

A Ying Zheng enthusiast. While I wouldn’t call myself an expert or really an authority on him, I think I can provide some valuable insights on Ying Zheng’s unique gameplay.

To run people over, honestly. While Ying Zheng can impact the battle greatly, the most fun you’ll have is mindlessly crashing into caesar testudos or anybody that doesn’t have a spear or a horse.

When to play Ying Zheng?

Map-wise, it’s complicated. On one hand, Ying Zheng benefits from open spaces so he can more easily steer his chariot, yet on the other hand he wants to avoid enemy cavalry. I advise going for open maps more than complex city maps, where one wrong turn can end the battle for you. Keep in mind, that because city maps are more likely to have enemy infantry meatballs, Ying Zheng can still work out.

Team wise, you ideally want an allied cavalry, or anti-cavalry just to take the heat off. Keep in mind that a lot of your actual killing power comes from your troops, so try to have them support an allied infantry group. 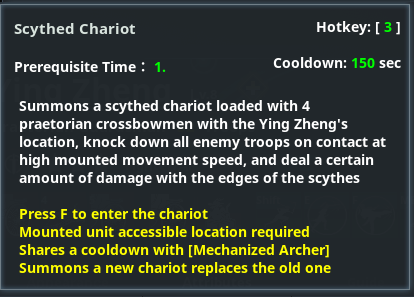 Summons your chariot, facing the same direction as you, slightly in front of you. Unusable depending on the terrain. Comes with 4 crossbowmen who automatically shoot at nearby enemies.

If you’re like me, you’ll be spamming this as soon as you load into the game so the cooldown will be lower/gone by the time you need to re-summon it. Steers poorly, and is stopped by enemy cavalry, controlling the chariot can be difficult and frustrating, as well as rewarding and fun.

Summons 4 crossbowmen without the chariot, but shares the same cooldown with the chariot. WIll de-summon a chariot if used while the chariot is still alive.

Not ever really useful. The chariot cooldown is tremendous, don’t need to waste it on these guys. While it can be used to place your crossbowmen somewhere the chariot can’t go, 4 crossbowmen up some stairs isn’t going to do all that much especially compared to actual archers.

Allows you to move the chariot while you’re not on it.

Presumably the commanding presence of the Qin Emperor allows Ying Zheng to command his horses from afar. Useful for if your chariot is done its cooldown as you can send in your old one with 5, and then resummon it for a double charge. It won’t happen frequently but it’s still a nice ability to have. 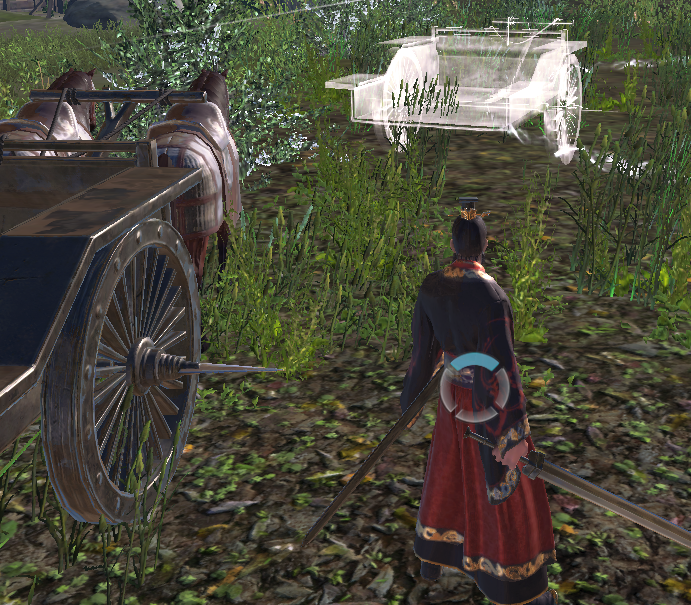 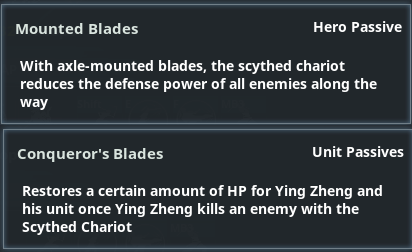 Mounted Blades are the true power of the chariot. Along with displacing the enemy formation and dealing damage, the Mounted Blades passive will turn most meatball battles greatly into your favour.

Conqueror’s Blades is neat but not nearly as important. It’ll keep your troops in the battle longer which is good, but direct kills from the chariot can be very inconsistent. Not a passive to play around like with Mounted Blades, but it can be useful on occasion.

While the steering feels bad, it’s mostly based on forward speed, meaning if you’re stuck against a cliff you’ll turn exponentially slower than if you’re going full speed and turning. You are also blocked from turning while undergoing the “running people over” process, so curved battle lines are not ideal. Try to have an escape path planned out before you lock yourself into a trajectory.

Avoid spears and cavalry. Cavalry can stop your chariot dead in its tracks by bodyblocking, though you wont lose your momentum if they only do so for a moment. Spears can also stop you in your tracks if you hit them at the wrong angle, but their primary danger is flat out killing your chariot, or gravely damaging it on a single pass-through. Archers are also inconvenient to engage because of how big of a target your chariot is and they can also pick off your crossbowmen.

While not explicitly required to drive a chariot, dueling is also an important factor in maximising your effectiveness as Ying Zheng. You can essentially trap people by wedging them between your horses and your chariot on a head-on collision and pressing Z to stop your chariot at the correct time. You can then hop out and start smacking them with your sword. You can also simply use the length of your chariot to block someone into a corner as well.

Keep in mind that while you’re not on your chariot, your crossbowmen still are and will continue to shoot people that you’ve gotten off your chariot to duel with. They can even capture points. 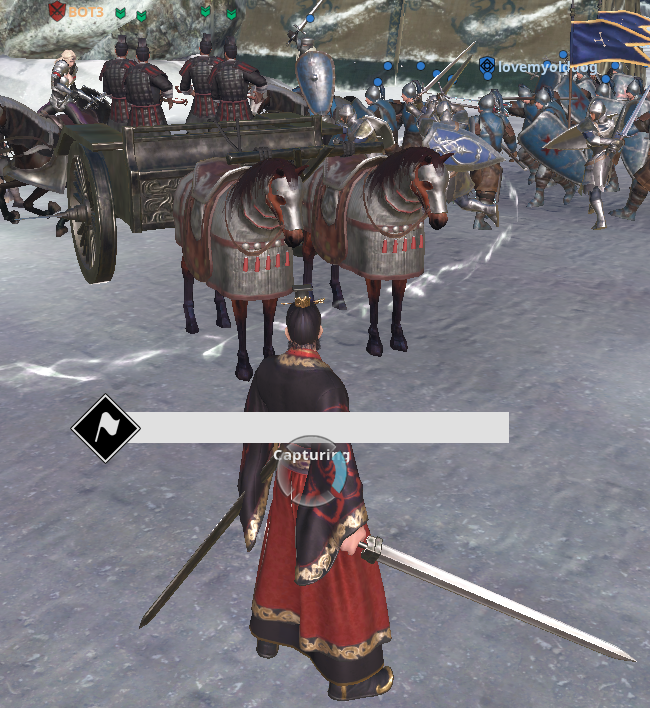 Ying Zheng’s troops are fairly comparable to other greatsword units, though they lack the power and buffability of Godfrey or Baldwin. The primary takeaway being, that they’re weak to cavalry and archers, but do well when supporting shielded allies and against spears.

Controlling your troops effectively is an important way to maximise your effectiveness as Ying Zheng. Keep in mind that you’ll primarily be operating independently from your army, so it might be smart to stash them away under cover, or behind an obstacle until you need them, lest they try to slowly follow you and get separated. It’s not too difficult to keep track of them from the height of your chariot. 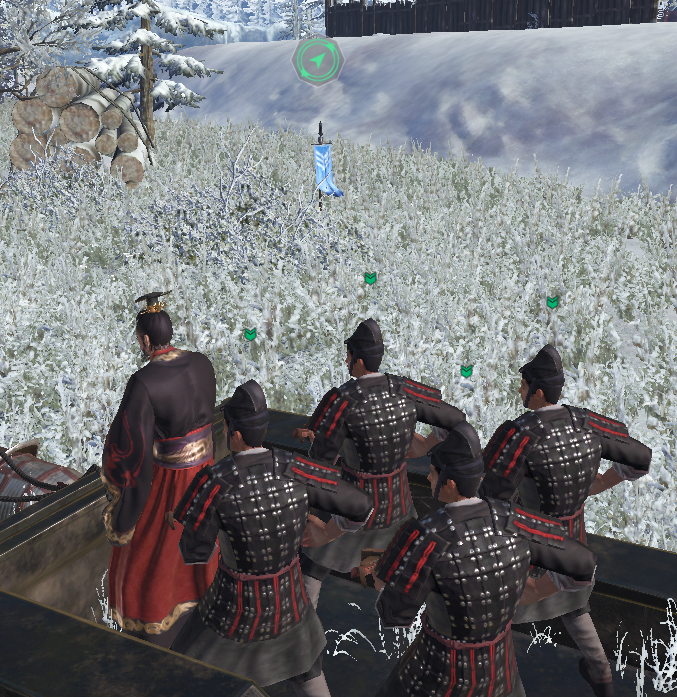 Reds: Damage, but attack speed is fine
Yellow: Health
Green: Health
While runes usually won’t decide a battle, they can improve your experience and are worth the edge you can gain by using them.

His stats and weapon put him on par with most other heroes, though his low(ish) armour can leave him taking a bit more damage than normal. Other than that, he’s more than competent in combat and comes with power attacks.

His power attacks can knock down enemy soldiers, and by chaining together with a normal attack, can turn into his mildly underwhelming special attack “Floating Cloud” which is unblockable. It’s cool but might be a bit too slow in a fair fight. Thankfully of course, you don’t really ever have to have a fair fight when you have a chariot with some crossbowmen. 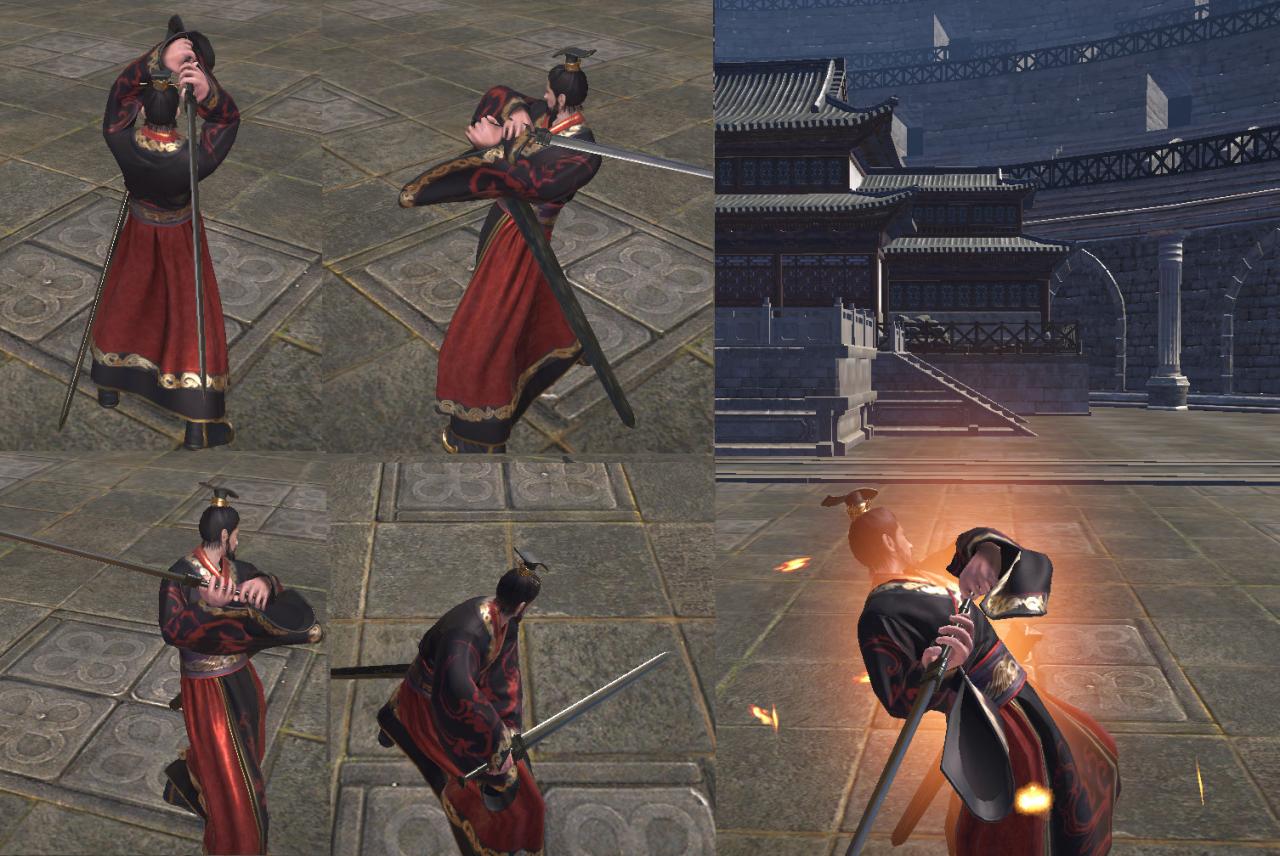