General guide with some discussion on playstyle. Ling Tong is a versatile heavy tank with the strongest kit for initiating battles. He can extend over a large front, is quite good at trading and is a strong dueler. Highly recommend for new players who want to learn how to play infantry.

Alternatively, he can be played as an off-tank/flanker due to his strong trading abilities. Ling Tong and his troops gain additional blue health whenever they are out of combat for a period of time. The more times he can trade and the longer he can keep his troops alive, the more impact he can have on the game. However, he is much more effective as a main heavy tank. 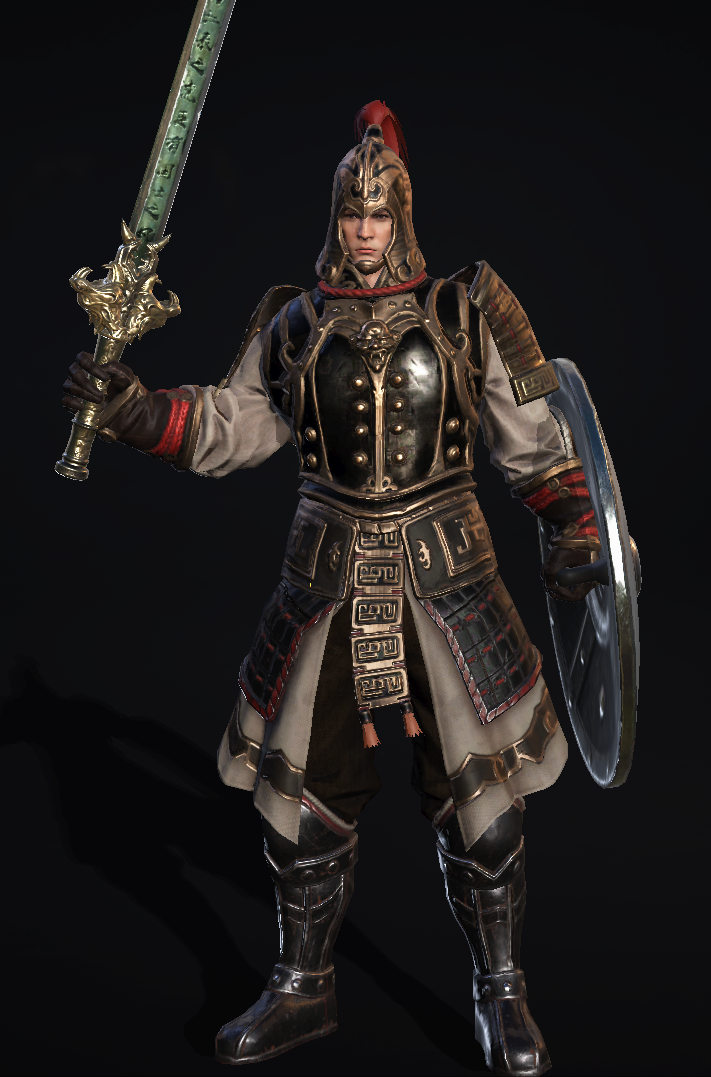 Passive: Ling Tong and his units gain additional blue health when they are out of combat for a period of time.

Skill 3: Shields Up. Good for defending against ranged fire. It reduces attack rate and movespeed keep it down during melee fights.

Skill 4: Shield Charge. While charging, you can use F2 to change direction, F1 to call them or F3 to make them charge and attack the nearest enemy.

Skill 5: Stand Ground. Makes you and your troops very tanky with more HP and DEF. Your troops attack at a much slower rate. During this skill, the units will not get knocked down.

Q: Hero’s shield charge. You can change direction with A and D while he is charging. You can hit left click to do an attack during the charge. 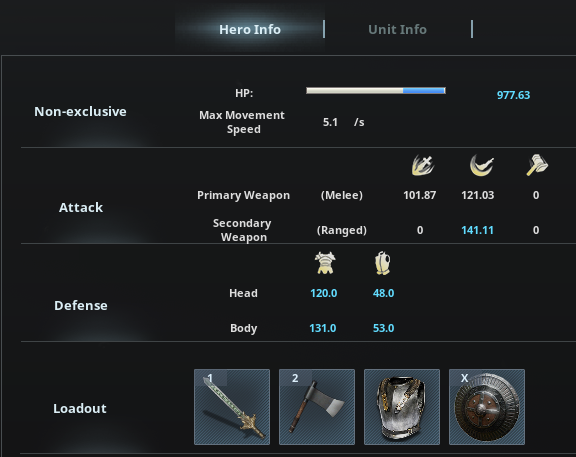 1 is sword and shield.
X to put away the shield (onto his back).
2 is throwing axe that does decent damage.

Shields Up (Skill 3) will end up being toggled often (whenever you take ranged attacks). Always stay in front of your allies to take frontal ranged pokes (e.g. caesar, harald). Essentially, you want to be the one soaking up ranged damage rather than your allies.

Shield Charge (Skill 4) is your bread and butter skill. It’s the most efficient skill you can have on a tank as it is the perfect tool to initiate. When the opportunity looks favorable to your team, charge in and engage the enemy troops. Consider using F3 during the charge so that your troops spread out a bit more.

Stand Ground (Skill 5) is your main staying power. Particularly good when used directly after initiating with a Shield Charge onto a wide front. The time you buy with this skill + the natural tankiness of your troops is what lets your allies offload huge amounts of free damage and win team fights. 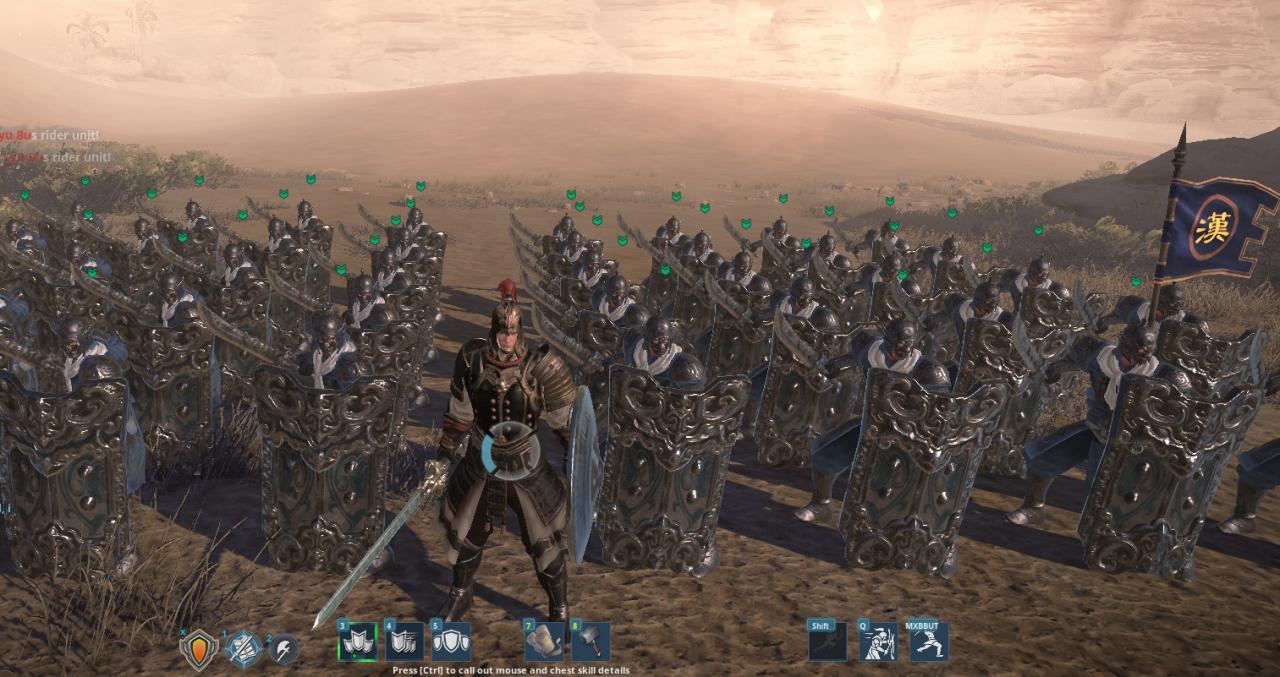 Ling Tong is the best hero to learn how to play infantry in BoS because you will always be looking for infantry positional vulnerabilities to charge into. This quickly teaches you what to do and what not to do (positionally) for all other infantry roles. It will also give you a good idea on how to zone enemies based on your own positioning (Ling Tong has a wider sphere of threat than other heavy infantry).

Focus on winning the teamfight. Don’t worry about slays, kills or assists. When you do your tank role properly, your team will have a massive advantage. That said, you are still relying on your allies to win the game at the end of the day. If they don’t pull through, just accept it and move on.

When initiating, have a clear idea on the distance your allies need to travel to get to you. You want to clammy up the enemy while your allies get in position AND deal free damage. Always keep note of where your assault infantry is located before initiating and try to tie down 2 enemy infantry wherever possible.

While you will usually use Stand Ground (Skill 5) immediately after establishing the front line with charge, keep in mind that you also have the option of using it to offset enemy core abilities (e.g. godfrey, qin qiong).

Your troops are generally more mobile than other heavy tanks. This is because you don’t have slow, compact formations so your troops are less likely to get surrounded. It is always an option to retreat with F1 to reposition and avoid core abilities (e.g. qin qiong).

When you have other dedicated front line infantry, you can play Ling Tong as a flanker. As a flanker, engage after the main engagement and try to keep as many of your units alive while accumulating kills. If your troops survive the team fight, you’ll have free reign to conduct skirmish style trades with his constantly refreshing blue health.

General rule of thumb as a heavy tank:
It is not your role to sit at the back and defend the archer – the support or light infantry can do it better.
It is not your role to wander around the back looking for juicy kill opportunities – the cav or assault infantry can do it better.
It is your role to be at the front, to absorb the ranged poke, to initiate (or at least be the one initiated upon) and to be the first to absorb as much damage as possible during the team fight.
It can be your role to defend archers at the stairs/ramp if the rest of the team is playing full skirmish mode (passive, run, poke, bait or cap). 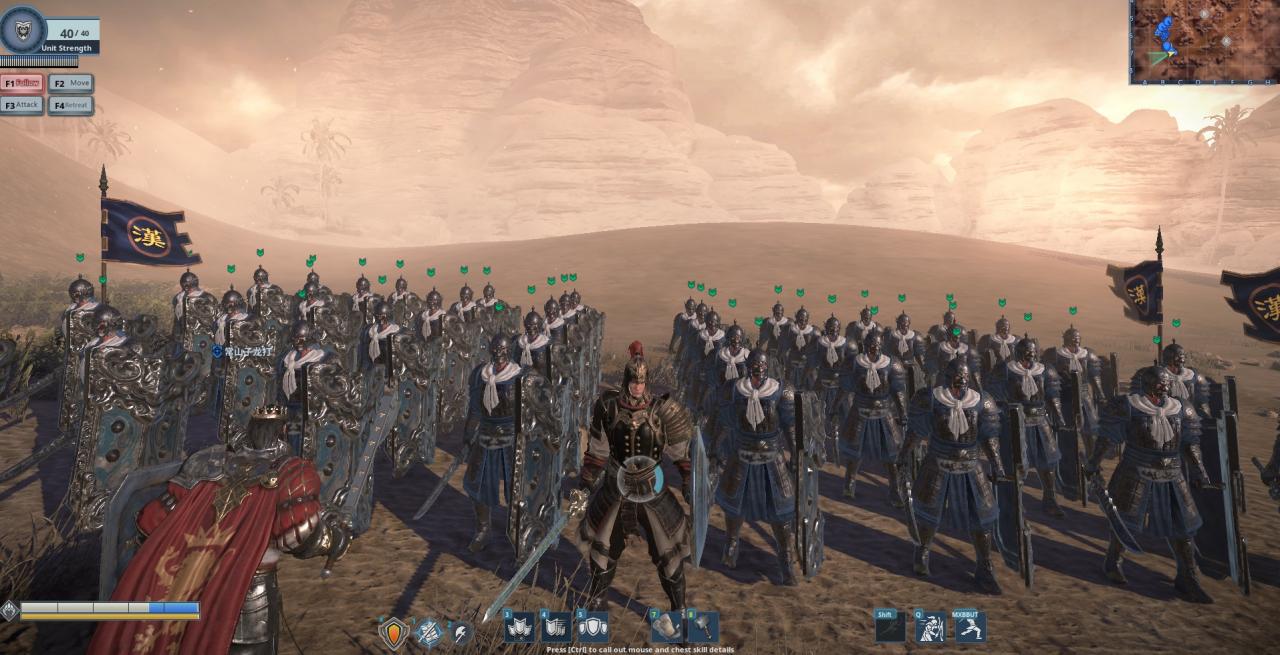