Brass Birmingham is a complex game with many strategies, this guide is intended for those just starting out and helps you optimise your games and avoid too many simple mistakes.

Brass Birmingham is a game that, while relatively simple to play, has several layers of understanding and strategy. At it’s simplest new players should be aware that the game, primarily, is one of action optimisation because the actions in the game are limited. With 8/9/10 rounds per era, for 2/3/4 player, then each player has 31/35/39 actions per game with which to score points. Making the most efficient use of the actions is where players will see their strategies succeed or fail.

So where to begin…..this guide helps explain some of the common pitfalls that a new player can fall into. 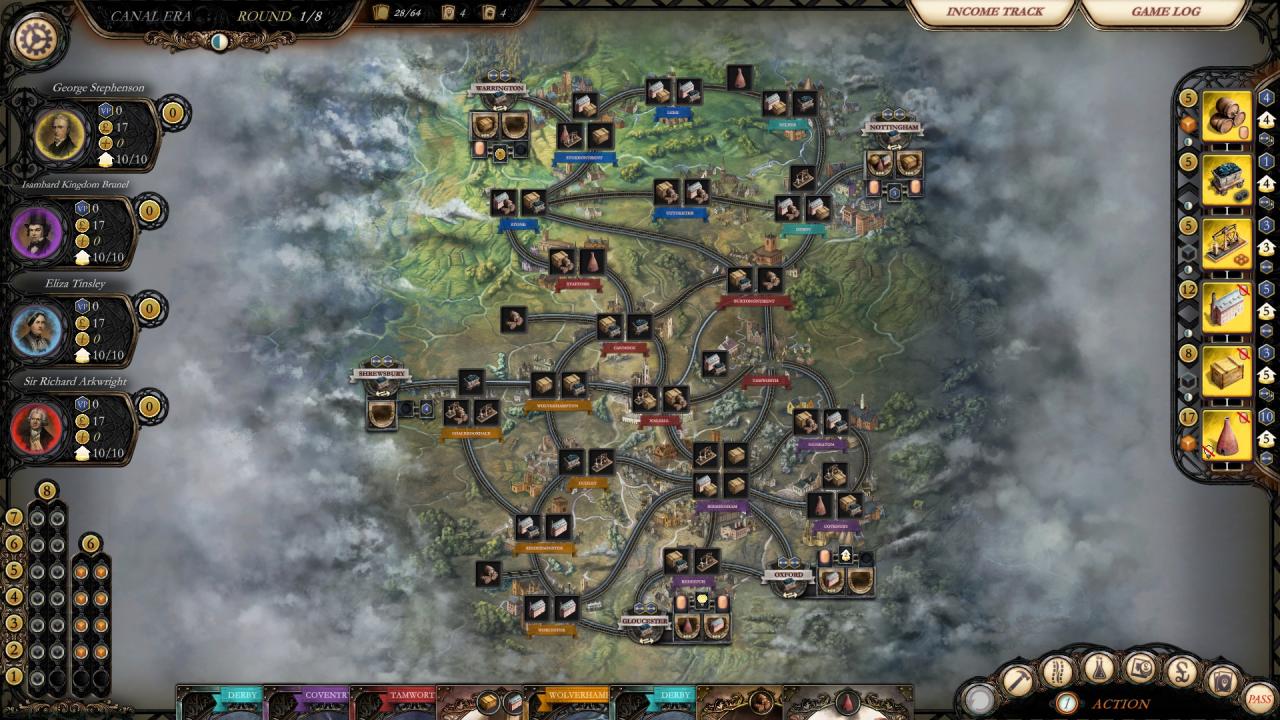 The support industries, Coal and Iron, are great for producing precious resources to feed your builds and Coal will provide much needed income which you can use later on in your game and will be key to offsetting loans in the early game. However many player will over produce coal in order to get income, only to see money wasted later in the game.

Coal mines when flipped produce very few VPs and so a coal strategy isn’t likely to help you win directly. Conversely though other players will be able to use your coal and produce industries, Cotton Mills and Manufacturers which will produce better points, helping them out compete you by the end of the game. 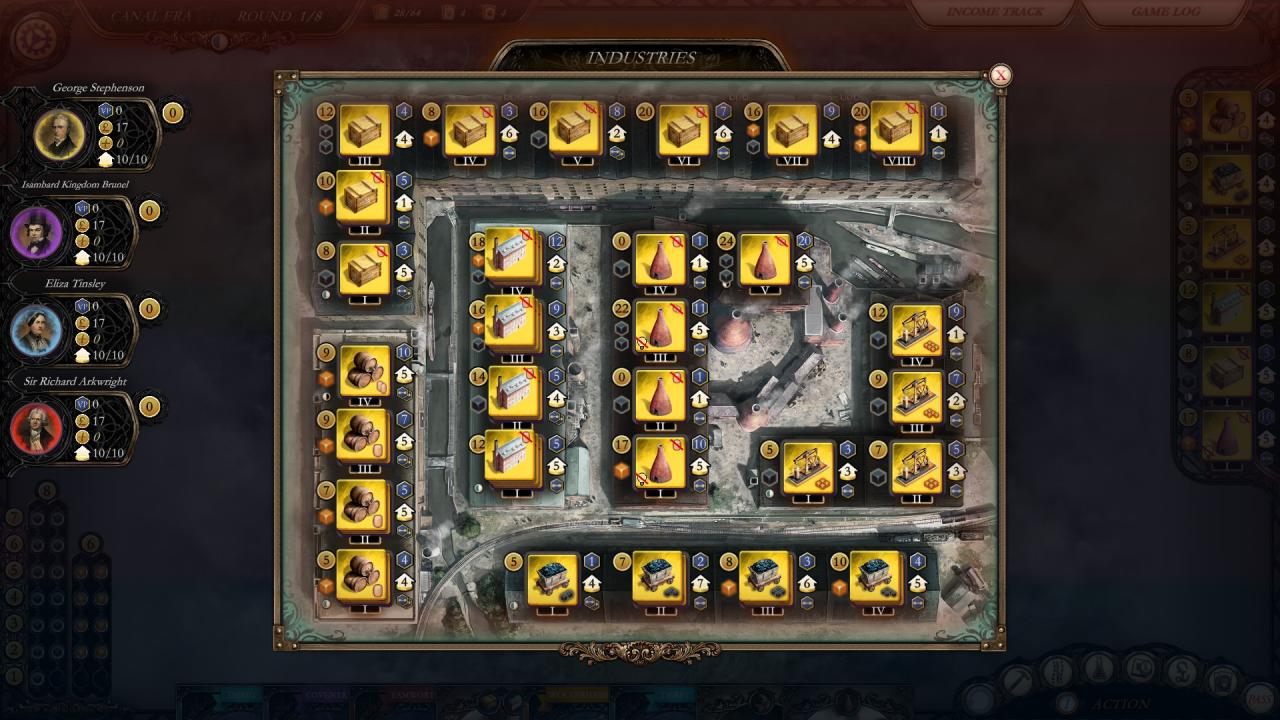 Coal is key to building railways in the railroad era which can provide valuable points through the links attached to industries. However, be aware of providing too much coal to opponents and giving them easy builds and points in this era. Try to time coal builds to gain cash from filling the market and then use it yourself in the second action of your turn, ideally using two by building two railroads with a beer. 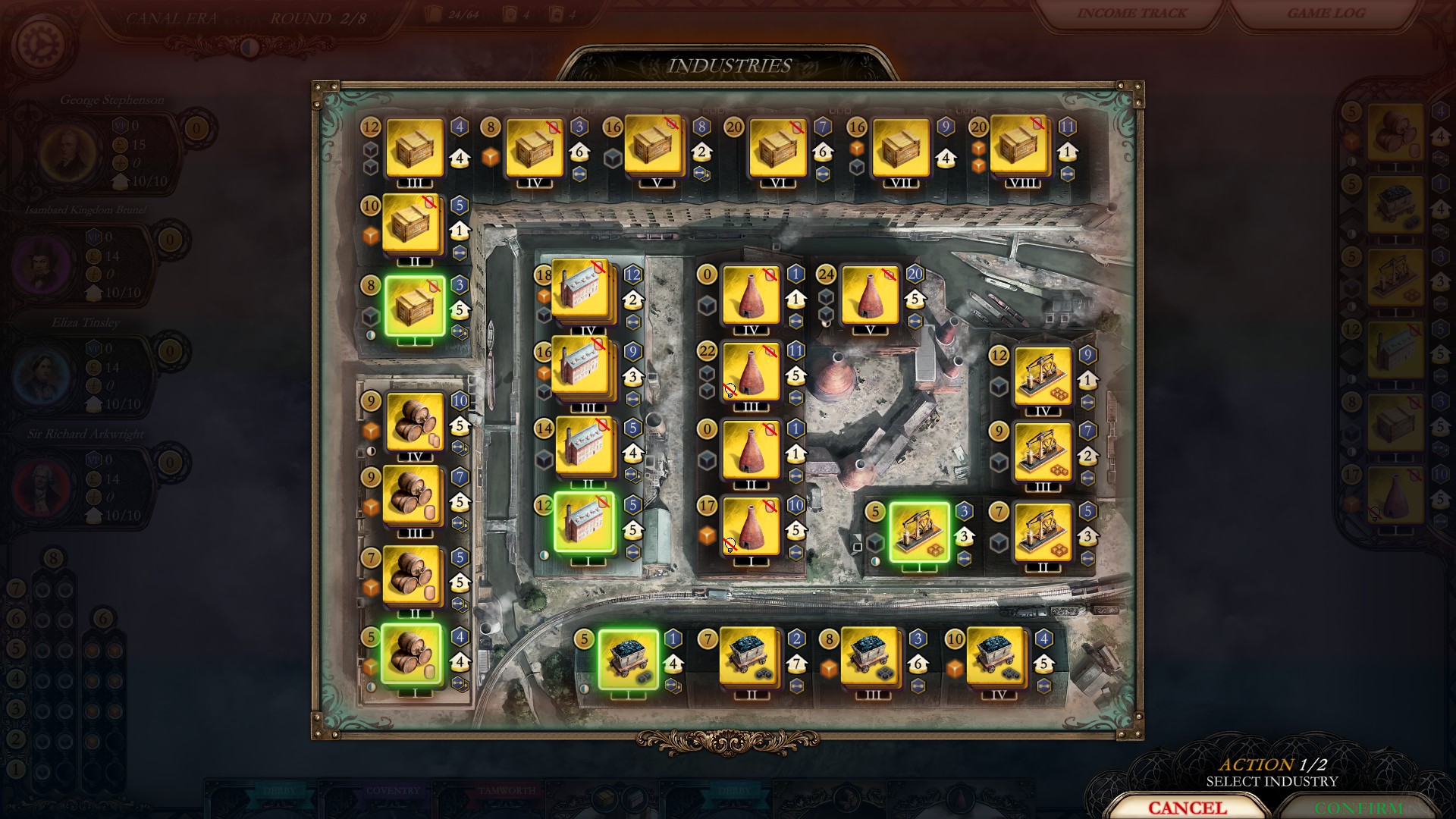 Beginner players will often under value how often they should develop. Remember that any level II industries (and above) that you build in the canal era will be scored twice, once at the end of each era (level I industries are removed at the end of the canal era and so won’t score in the rail era). £ per point these later industries are also more effective use of your build actions, helping you build up your turn efficiency (gaining more points per action).

Similarly, be conscious of offering your opponents too much easy access to iron in the canal era by offering them easy Steel Mills. Steel Mills need coal therefore make your opponents build canals to get access to coal and avoid places for Coal that offer the opportunity to place a Steel Mill there, such a Coalbrookdale. 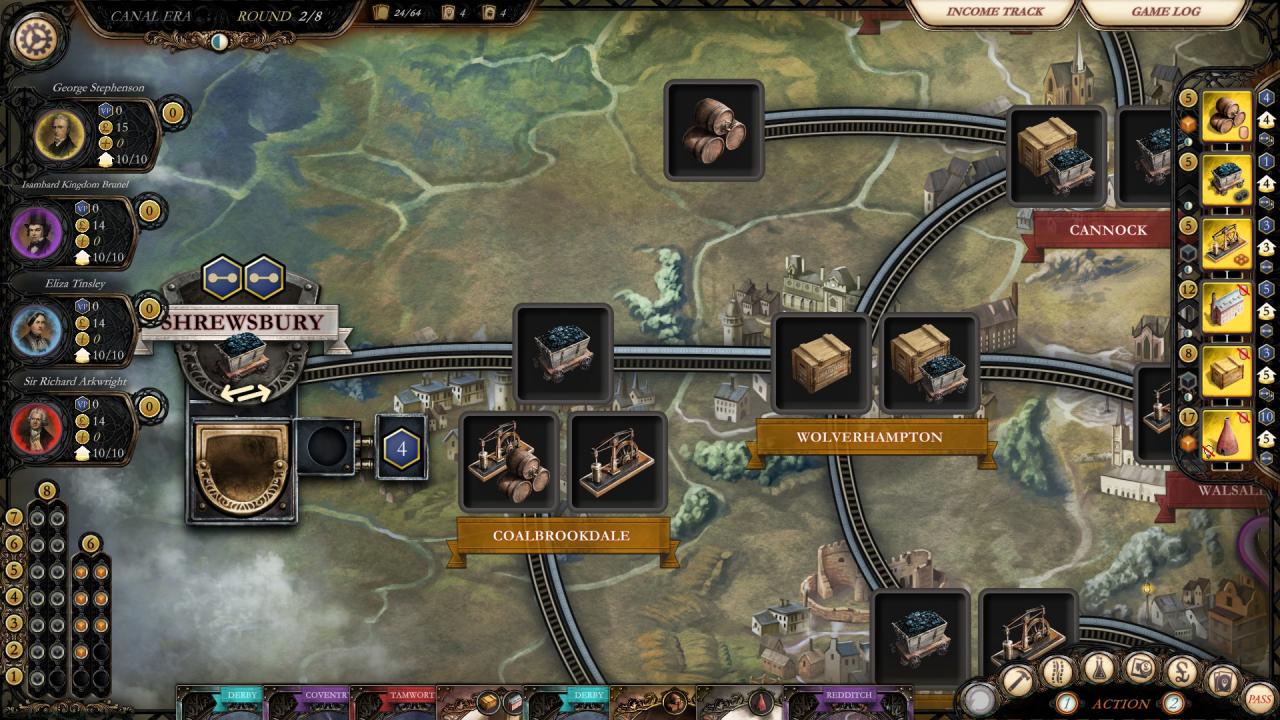 3. Too many canals, not enough railroads

In the canal era one of our priorities should be building industries in key locations to help set up a good start to the rail era. Our canal network disappears at the end of canal and with very few points on offer for links then building canals is normally an inefficient action. If you must build canals for points then ensure you gain at least 4 or 5 points from its links.

4. No focus with Industries

Points for building industries lie in the depth of building them out, a varied and unfocussed build strategy won’t yield high points. Therefore:

Beer has several advantages, it has high points and income, as well as double links but beginners will frequently fail to build enough. If that’s not enough then they are very efficient when it comes to actions, they don’t need a sell action to flip them and are very versatile, being used to build both railroads and industries. You can even use your own beer without needing connections.

Don’t worry about using your opponents beer, you may be helping them but very few games have an abundance of beer and so grab it while you can. You can then build your own later. Watching for opportunities to grab your opponents beer and prevent them sales during the late game will often be a game winning strategy in a beginner game.

At many points in the game then turn order is key, having the ability to quickly taking 4 actions in the row can help set up key strategies or block other players. Utilising “free” actions like, Scout, Loan and Develop to help set up opportunities for this are key.

For example using a loan or scout on the first move can help put a player in a key position to get a Steel Mill down in the second round by allowing a coal mine followed by Steel Mill in Coalbrookdale, say. 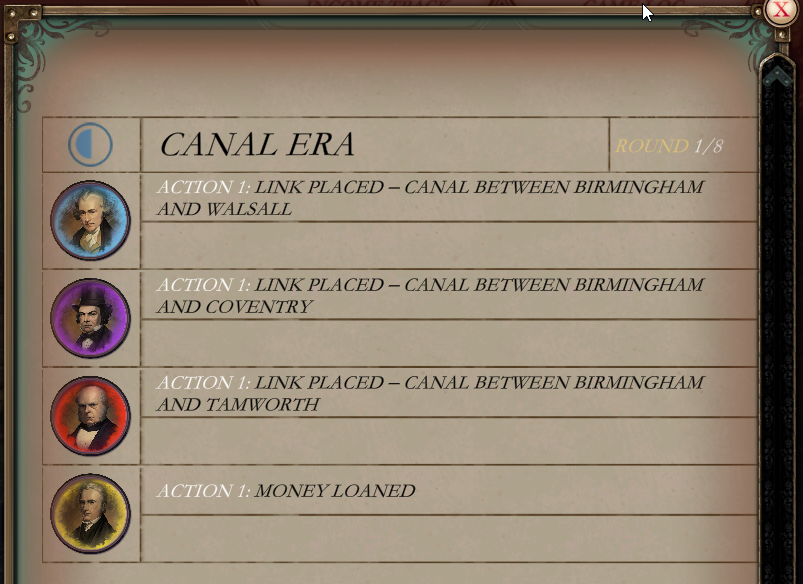 Thanks to ChrisLuv for his great guide, all credit to his effort. you can also read the original guide from Steam Community. enjoy the game.

Kerbal Space Program: How to Land on the Mun

Are you completely new to KSP? Do you struggle with making a rocket that can even reach orbit? This guide will help you go from knowing...

A visual guide listing the medals you can earn in PvP (work in progress). Also covering some achievements related to the...