This guide is for the players that wish to have a quick overview of the game.
It covers the basics of movement and combat. 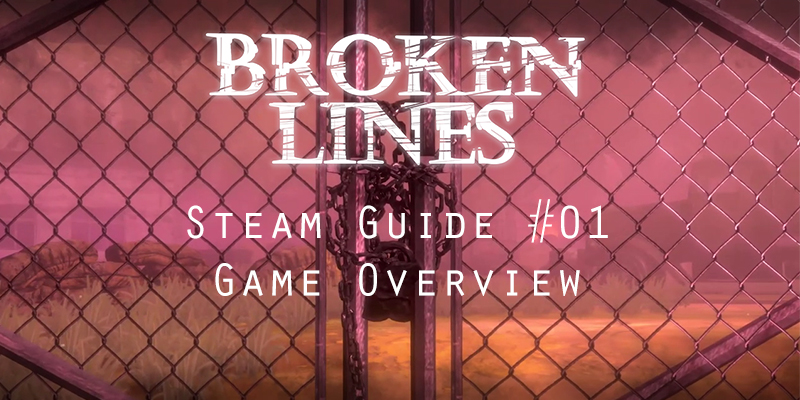 Hello and welcome to our basic overview of the game.

If you want to get a quick understanding of the game, this guide is for you. In it we will cover the basics of movement, how each turn works, and what you need to know about the combat system!

So without further ado, let’s begin our first article – an overview look at game play in Broken Lines

One of the most basic yet essential features of our game is movement as the core gameplay is about tactically giving orders to your troops while the game is paused.

Once you are satisfied with the order, you hit play and enter the action phase to see 8 seconds of your orders being played out at the same time as the enemy’s actions are.This is called simultaneous turn-based gameplay, or WeGo for short.
Inspiration

Initially, we were inspired by the indie hit game Frozen Synapse which uses similar WeGo mechanics.

However, we wanted our gameplay to be faster and more intuitive. This was because, in Frozen Synapse, the player has to control everything that the soldier does, from turning to shooting, to turning again, and moving. 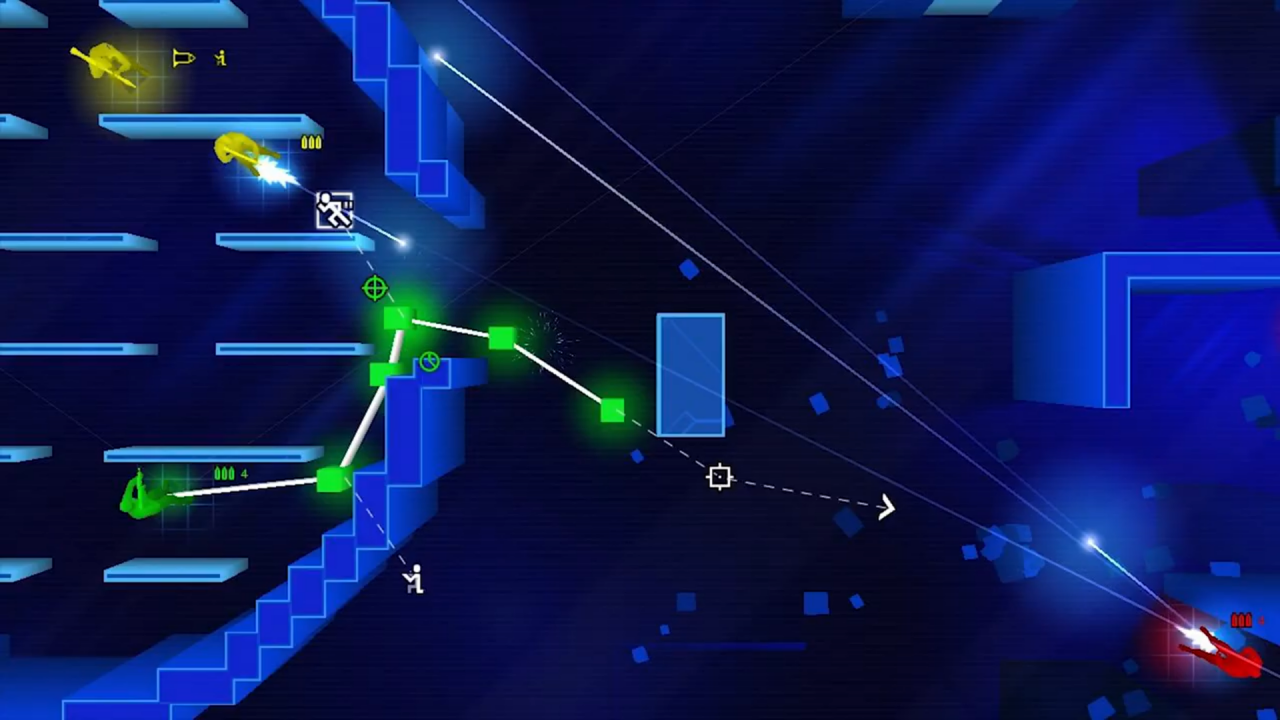 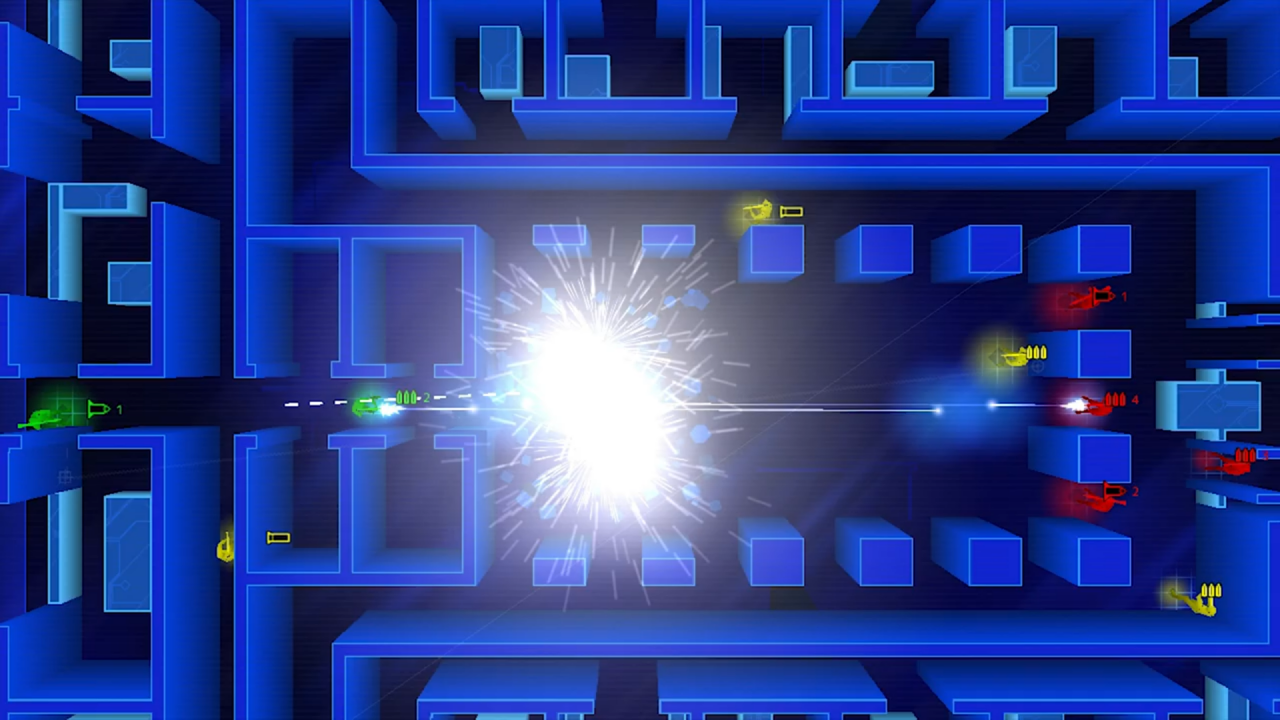 Where we differ is that we wanted Broken Lines to have streamlined gameplay, so your soldiers are aware of their surroundings and automatically react to nearby threats by engaging them in combat.

This means that as a player you only need to give the essential and interesting commands – essentially just the high-level decisions; then when the action phase plays out, the squad members will handle the menial tasks themselves.

As you can see from the video, the player sets a move command for a soldier by clicking on the ground. At that point, they are given three choices, a slow walk (crouch mode), regular walk, or a run. Each movement option will have different effects on the squad member. 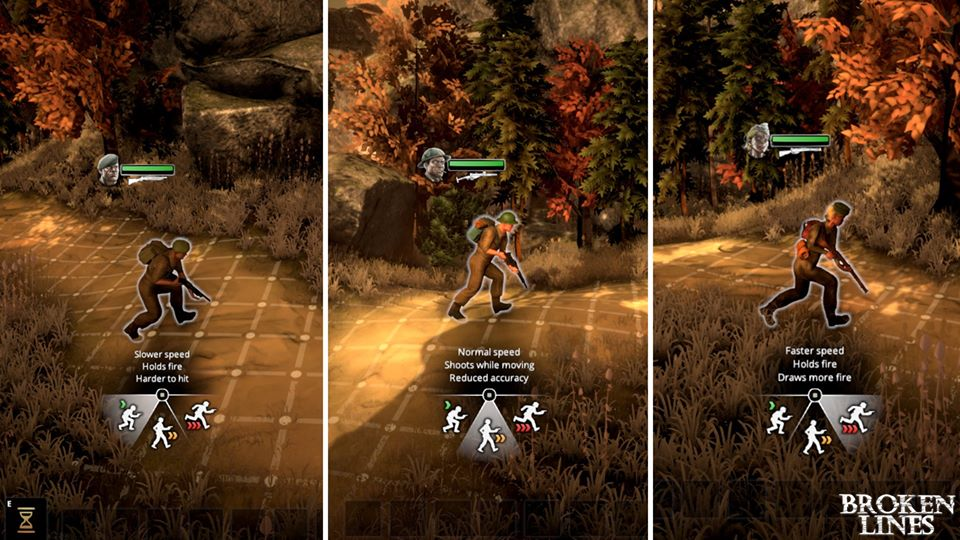 Walking: This is the normal speed, accuracy is lower (when compared to standing still) however the squad member will shoot while moving.

Running: This is the fastest way to get from A to B, however, the squad member will not shoot while moving and will draw fire to themselves.

You can either make a single move command far away, and let the pathfinding choose the exact route for you, or you can go into more detail and give numerous smaller commands which the soldier will then follow.

Other than providing the correct movement orders, success in combat is also very dependant on placing your soldiers in the best possible positions for each conflict situation.

As the player, your goal is to give each squad member the biggest advantage over the enemy troops.

Advantage can be gained in numerous ways such as:

Divide and conquer is a tactic that we highly recommend as taking out a few enemies at a time will always be easier than attacking an entire group at once!

Let's get the real reason you're here out of the way- is the p*rn good? yes. absolutely. the female p*rn is fantastic. The male p*rn is...

This is a guide to help those looking to unlock the ability to run. You must complete the quest: "A Small Favor" This guide will tell you...

A few tips and tricks for the new scavengers in The Walking Dead Saints & Sinners.   The Basics So, your in NOLA and your...

Brick Rigs: How to Give your Vehicles Steering Systems

stuck on giving your first car steering? learn how to give your Vehicle steering here! it's very simple and quick to find out...

Here is a step-by-step guide on how to get rank B and Rank A, which you will get the best ending for the game.   RANK A LOOK THIS...