The Wagen Jersey is a European hatchback in Car Tune. Learn how to build a Jersey, tune it, and drive the vehicle

The Wagen Jersey is a European hatchback based off the Mk3 Volkswagen Golf. The Jersey comes in two variants; a four door hatchback, and a two door cabriolet. The vehicle is powered by an inline 4 engine in a transverse position, running in a front-wheel drive configuration 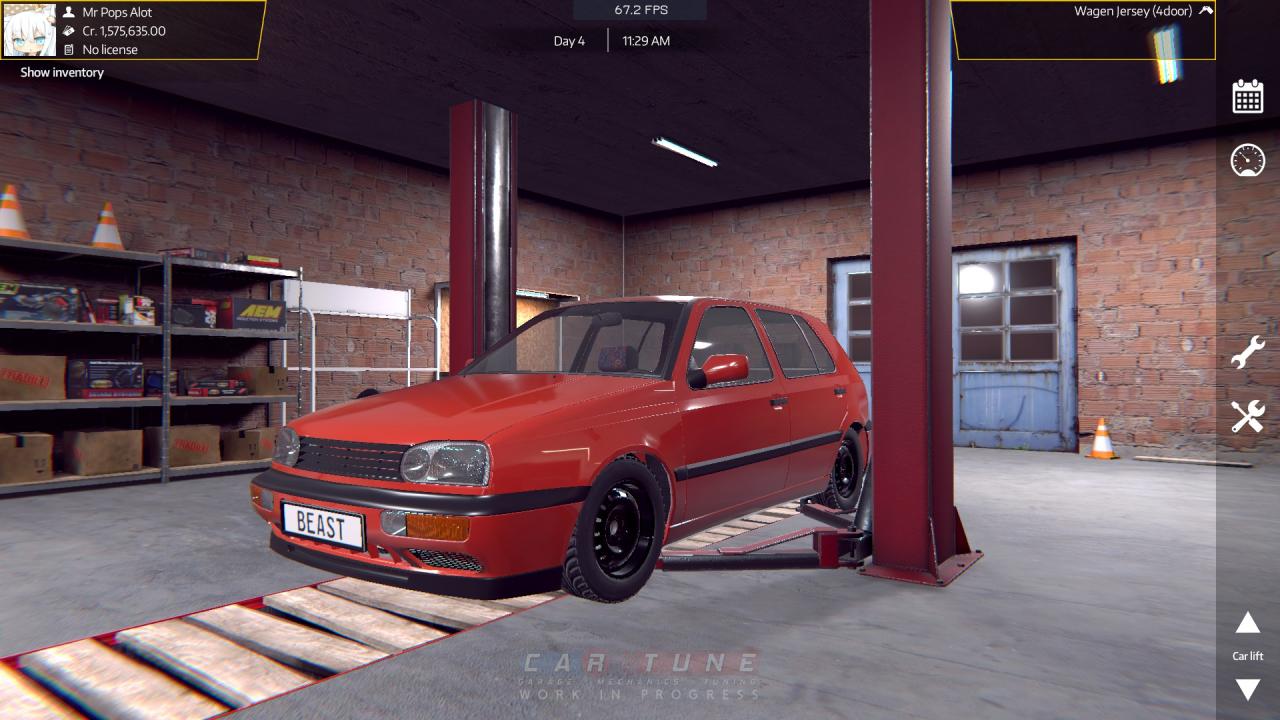 The hatchback version is the most common version of the Jersey. It has four doors, and has a weight of about 1100 kilograms. The vehicle is turbocharged, even the cheapest versions have a turbocharger 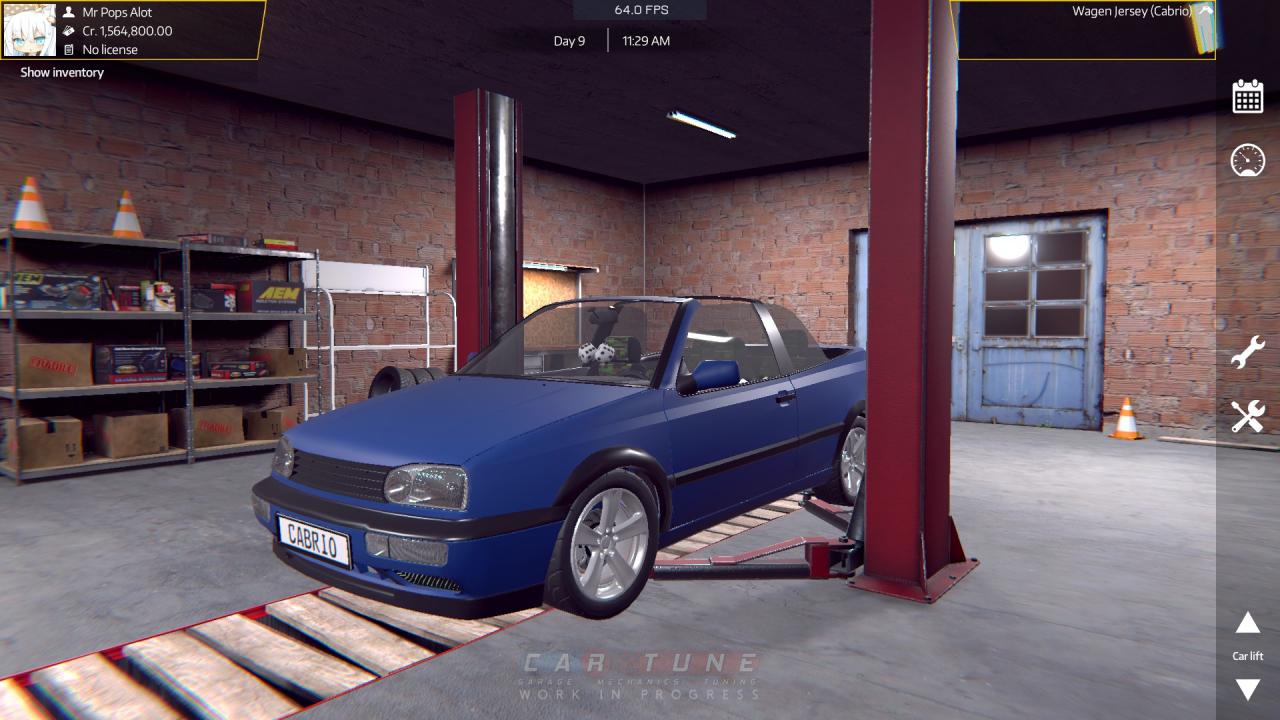 The cabrio version is the less common version of the Jersey. It has two doors, and has a weight of about 900 kilograms. The notable feature of this vehicle is the fact that vehicle has no roof, however, you can buy one at the parts shop. It has the same engine of the normal Jersey 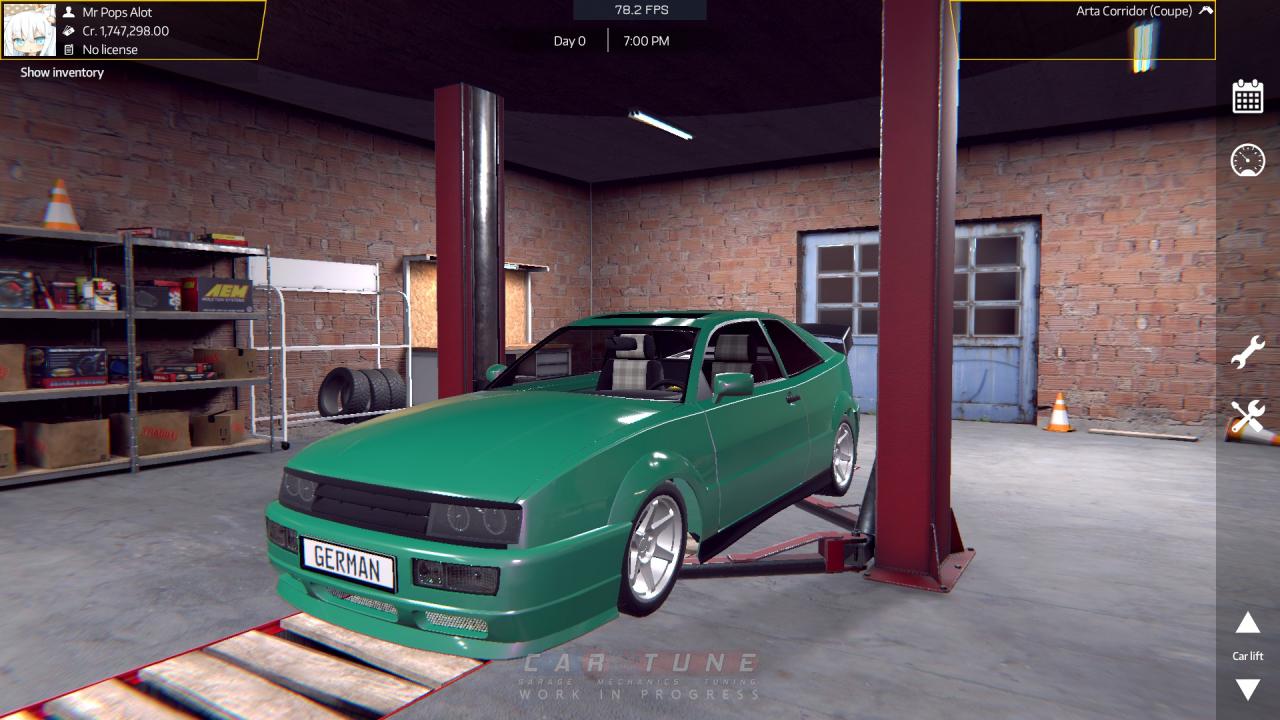 While we are here, let’s talk about the Arta Corridor. It’s basically a Jersey just in a coupe style. Same engine, same suspension system, just heavier and you can put a big wing on it… guhaa!

If you can’t find a cabriolet Jersey, use this instead (then again you can just leave the used car dealer and go back until you find one) 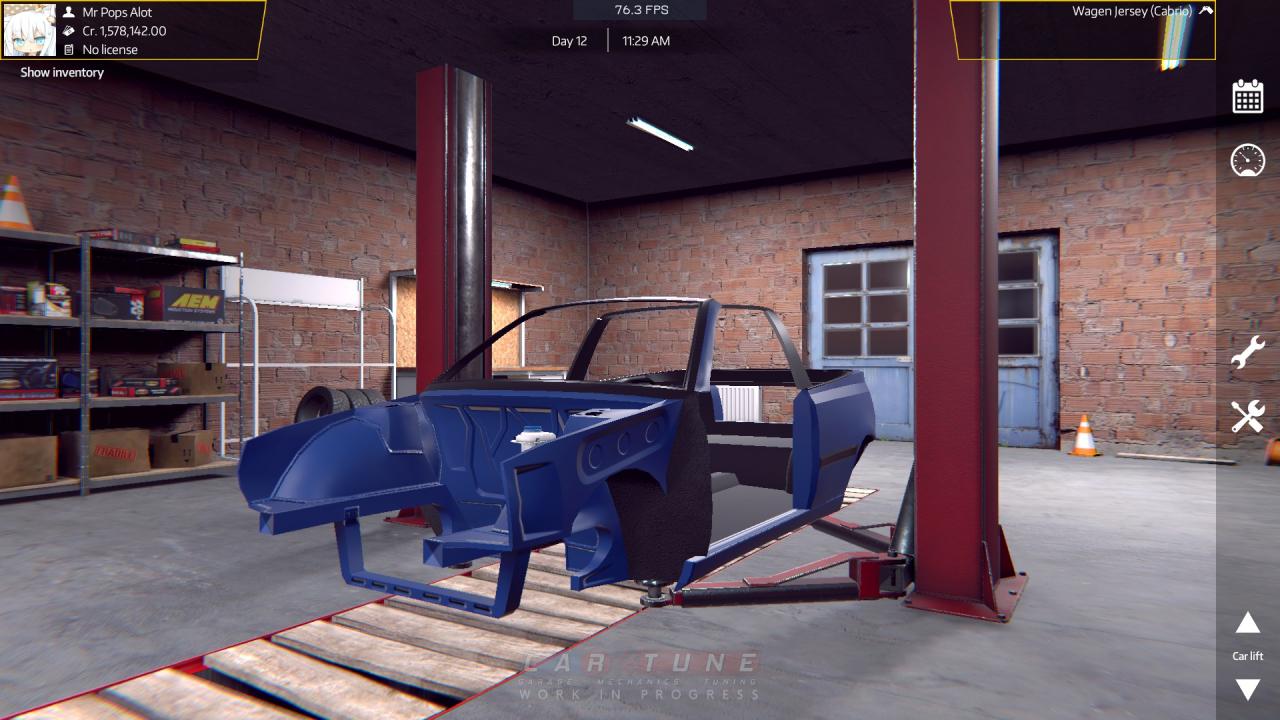 Before we start building our car, we are going to assume that you have stripped down your car to the chassis, like this
DISCLAIMER: Build Costs are aproximate, based off a build from 2020-03-22

Before we even start doing the engine, we need to do the suspension for the vehicle. Here is a list of parts you need to build the suspension:

If you have been following this guide correctly, your vehicle should look like this 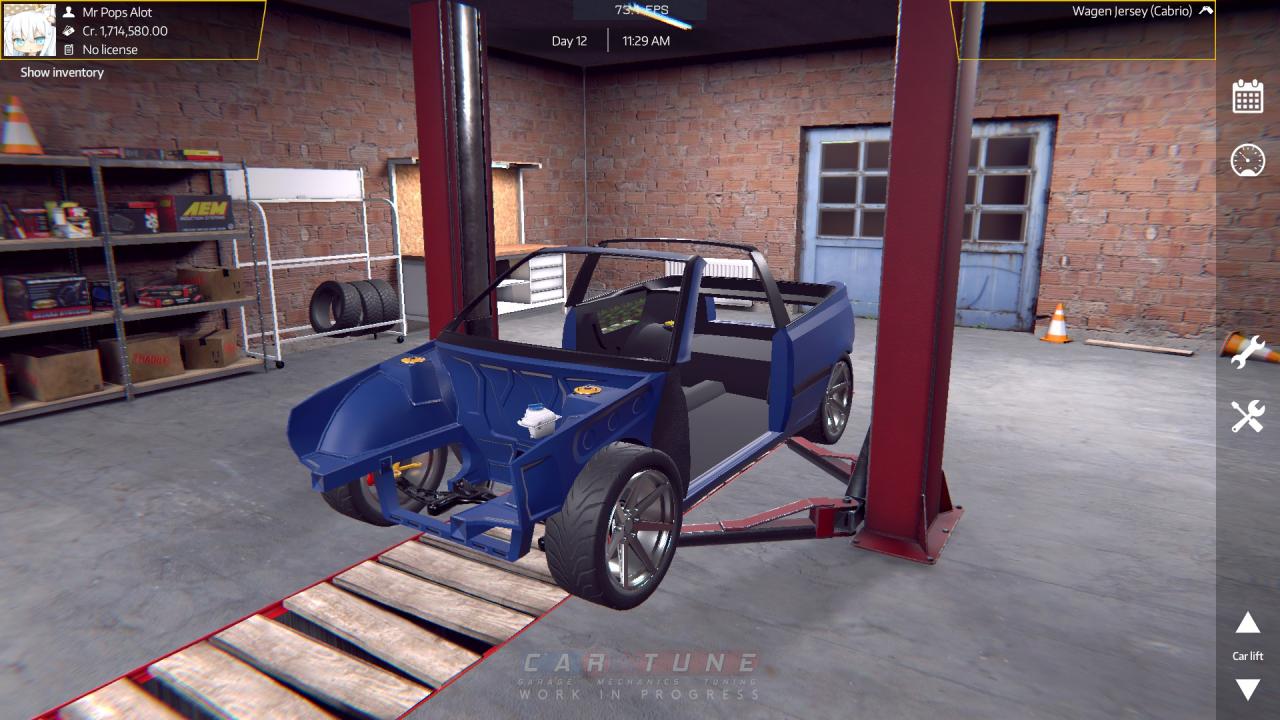 The engine is the heart of the Jersey, making a peak of 320hp, but usually outputs ~300. 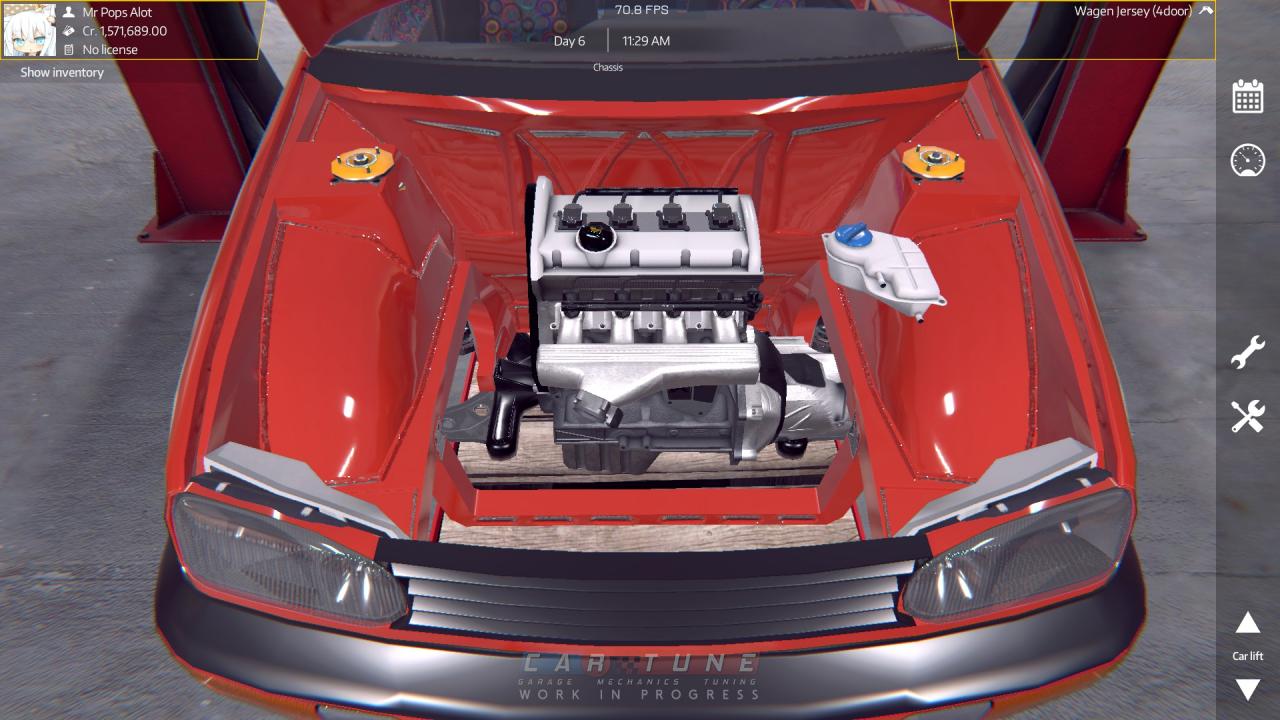 If you have a better engine tune for this vehicle, tell me in the comments
Building the Engine

Here is all the parts you need to build a performance engine for your Jersey:
Some parts in the catalog will say “R4”, but that’s another name for Inline 4 (I4)

Cooling Costs: 5,015 Cr.
(Make sure you buy the Front Reinforcement Panel before putting on the cooling system) -> 1,754 Cr.

When you’re done building and tuning your engine, you should take it to the dyno. And if you followed this section correctly…

Yatta! You have an 750hp beast ready to take over the drag strip.

But what if I just want the tune: 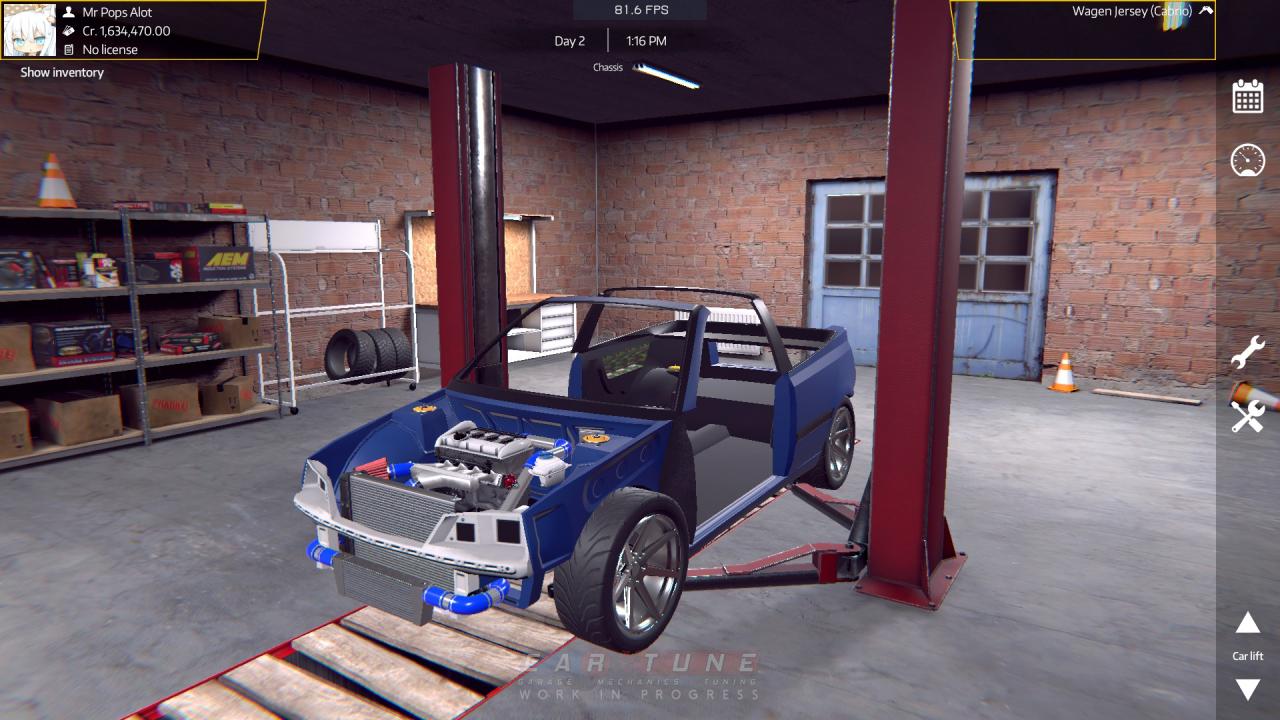 To a nice street legal vehicle.
Parts I Used: 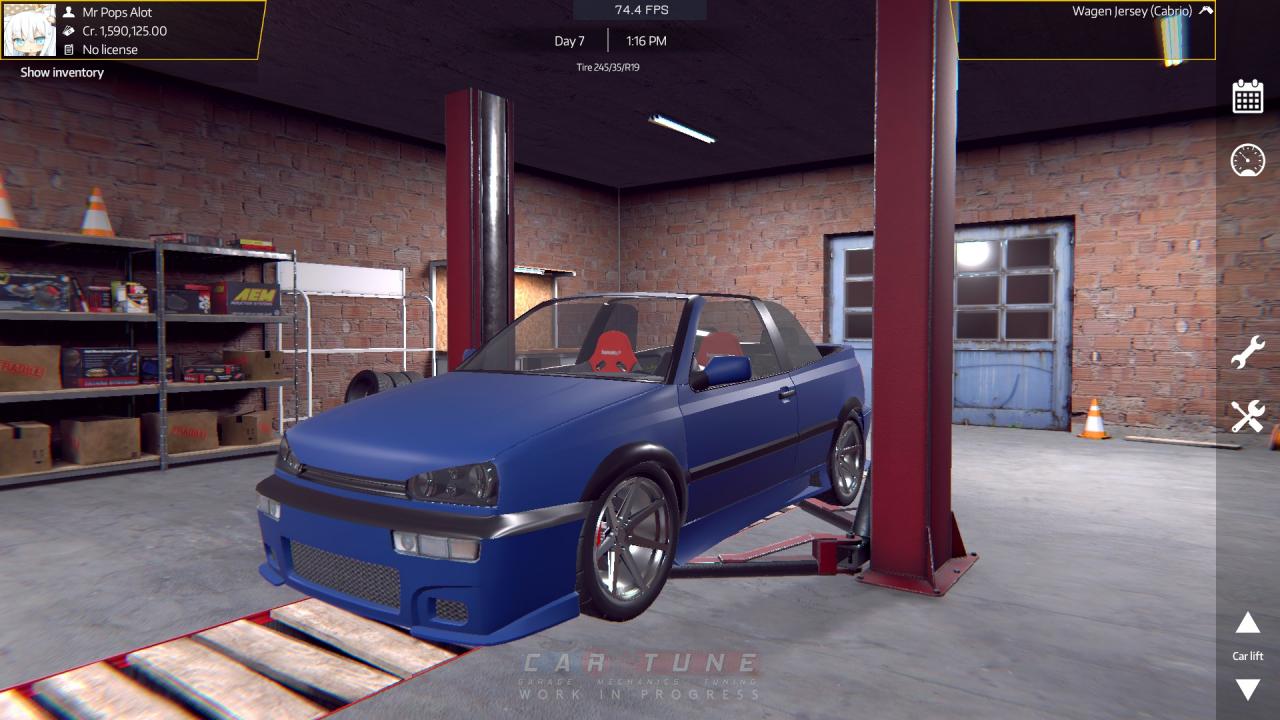 Your vehicle is complete!

TOTAL BUILD COST: 206,097 Cr.
Testing and Comparisons
But how does it perform?
A normal Jersey can do a mile time of 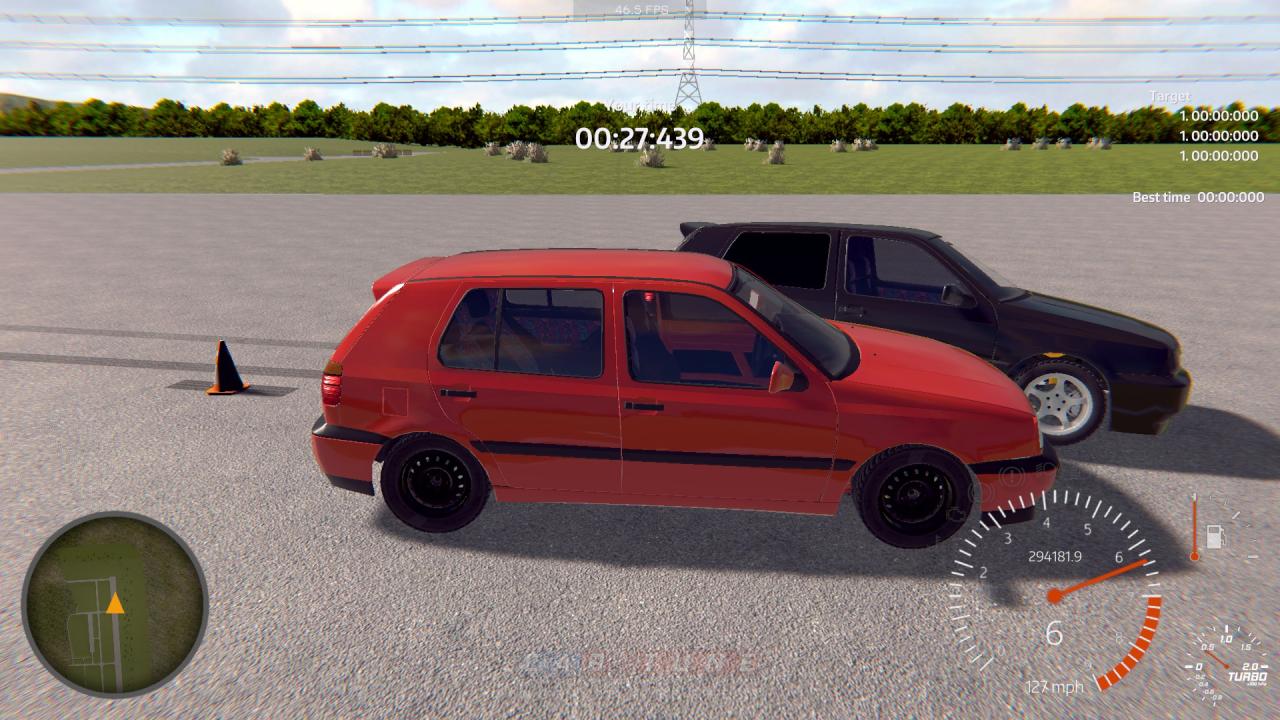 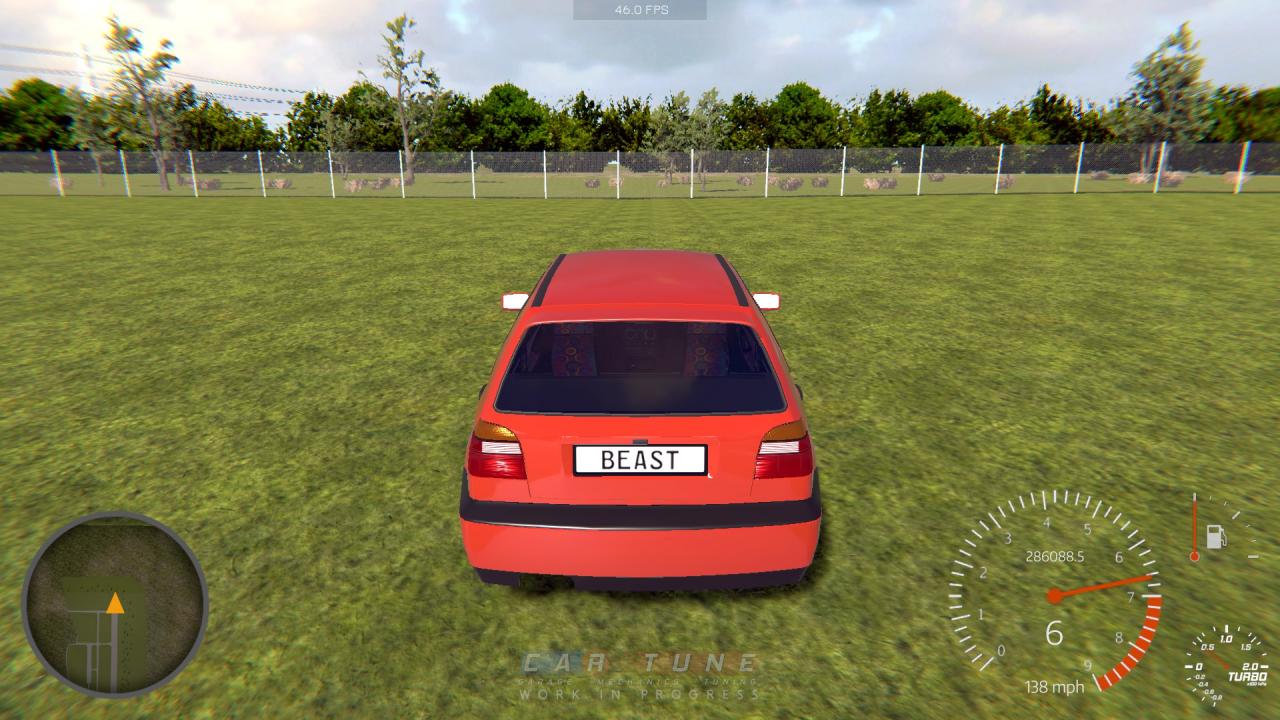 However, this car can do a mile of: 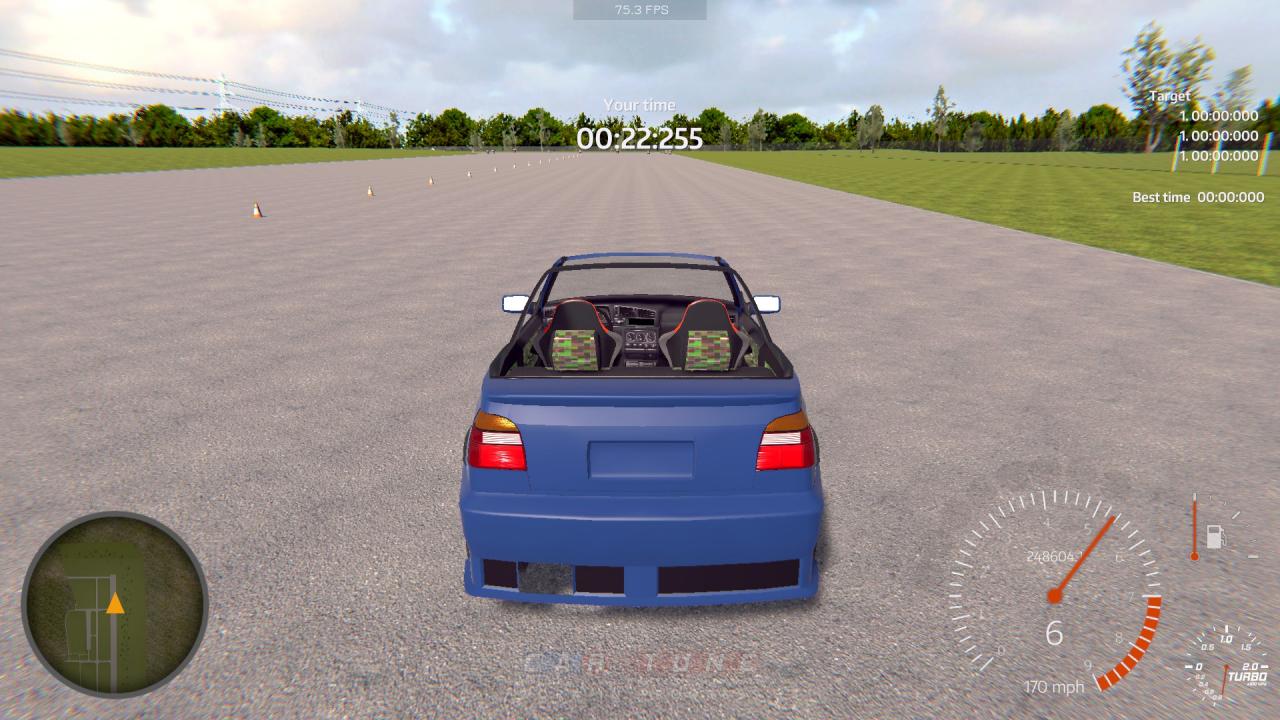 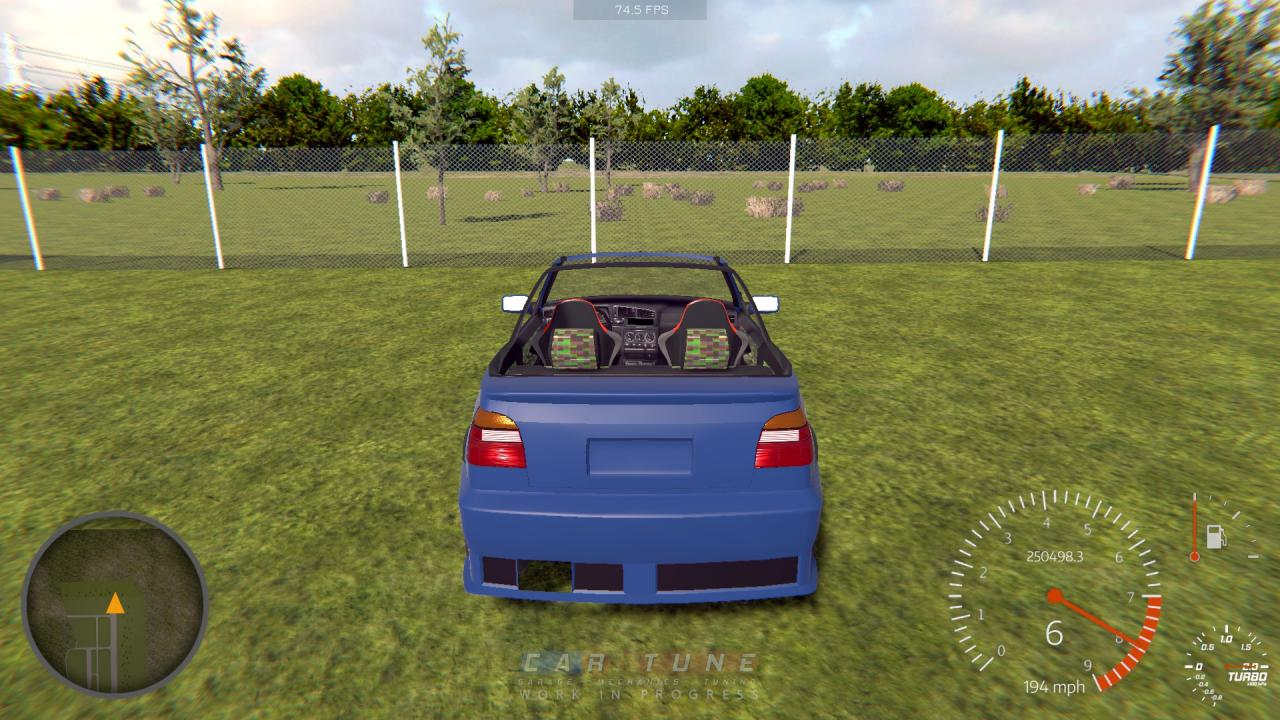 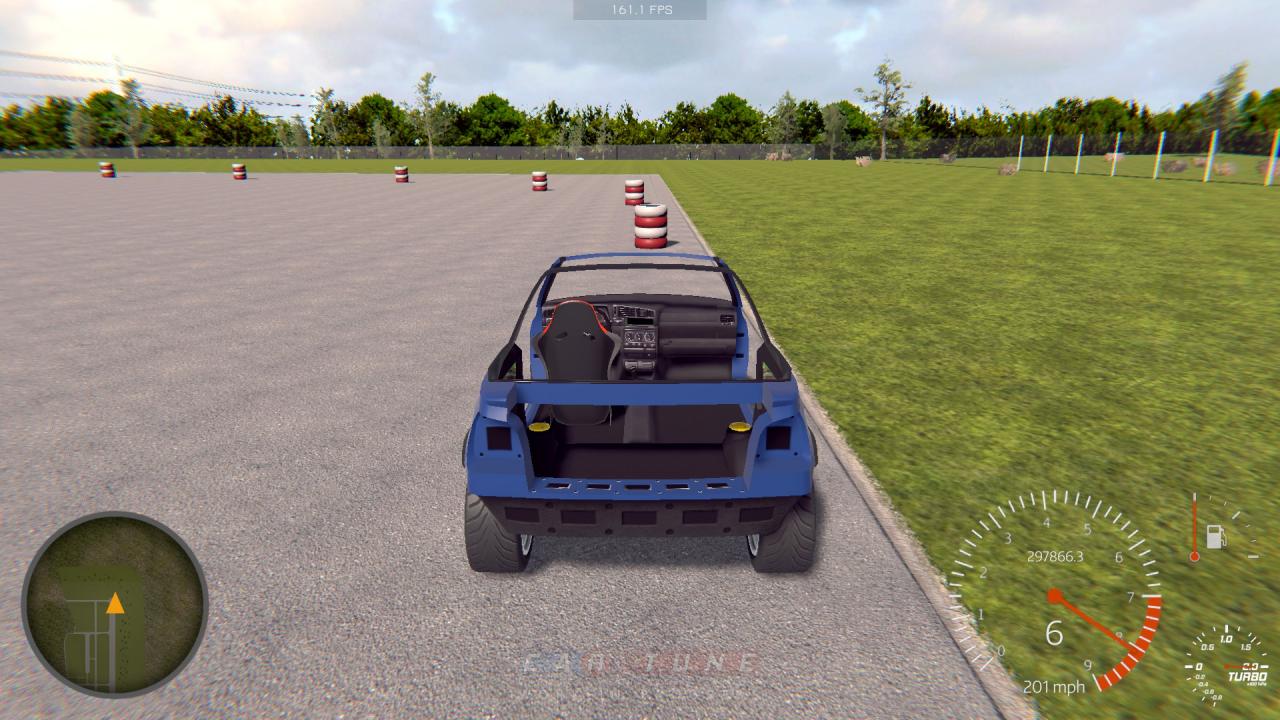 Plus it doesn’t spin out when taking a turn nor does it flip over, unless you crash it and cause permamant suspension damage to it (or use the hatchback version)

Damage is a touchy subject in Car Tune, as touching anything at 15mph will either do nothing, destroy your car, or crash your game. But it’s important to see if your car can still drive after hitting a wall, since you will be doing it a lot with the physics engine
Frontal Impacts (Wall) 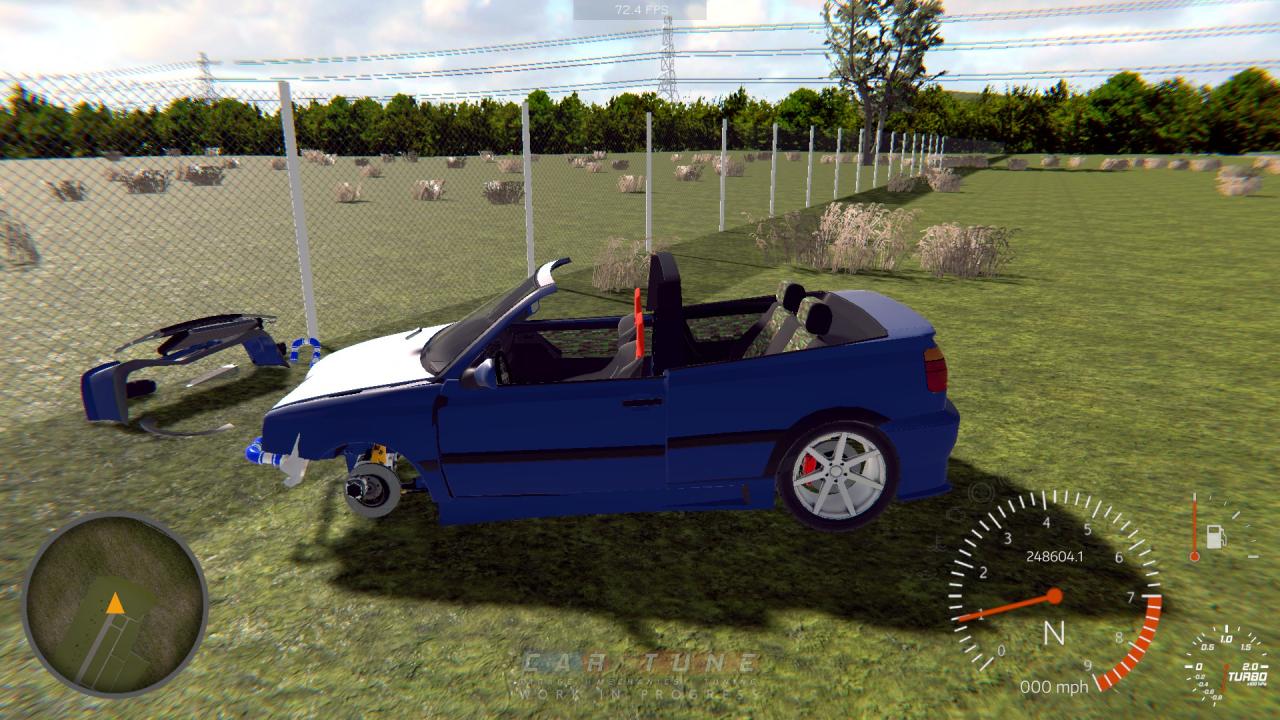 30mph
This here, is an example of what I am talking about. A 30mph collision should not destroy both of my front wheels, but it did. There was nearly no permamant suspension damage 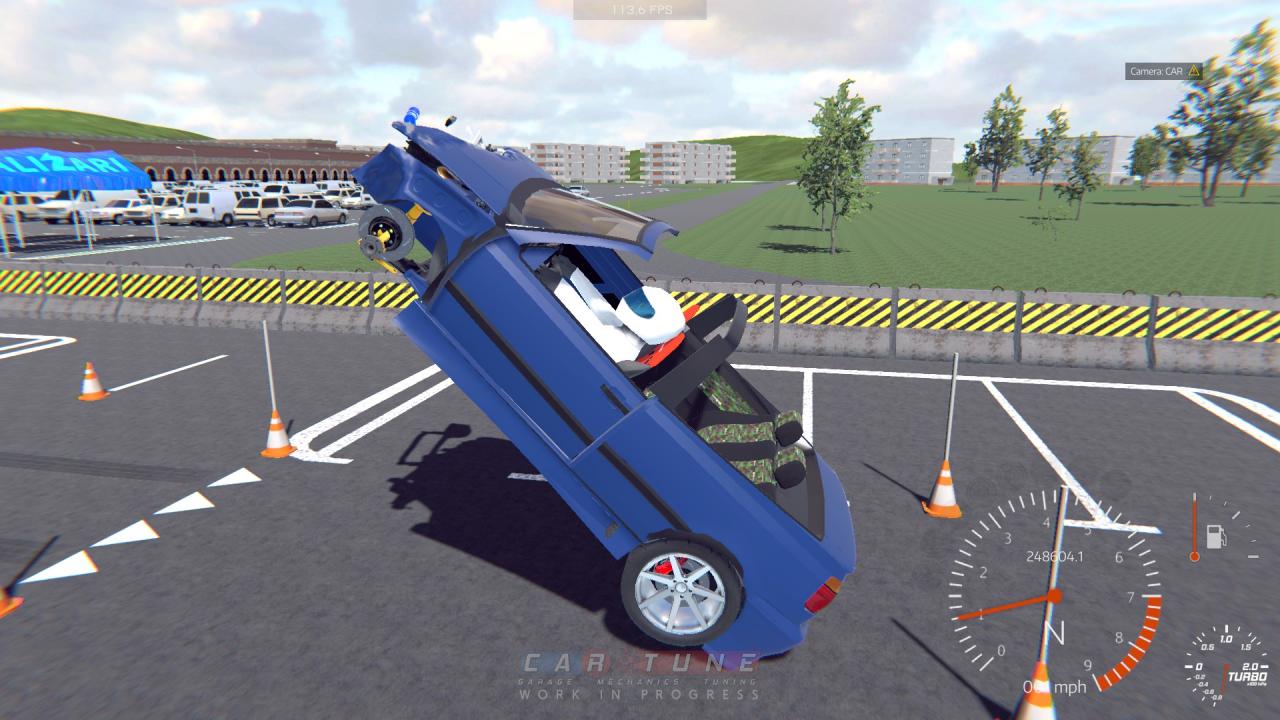 60mph
Wonky physics at it again. This time not only it destroyed both of my front wheels, it destablized the car, making it permamantly undriveable 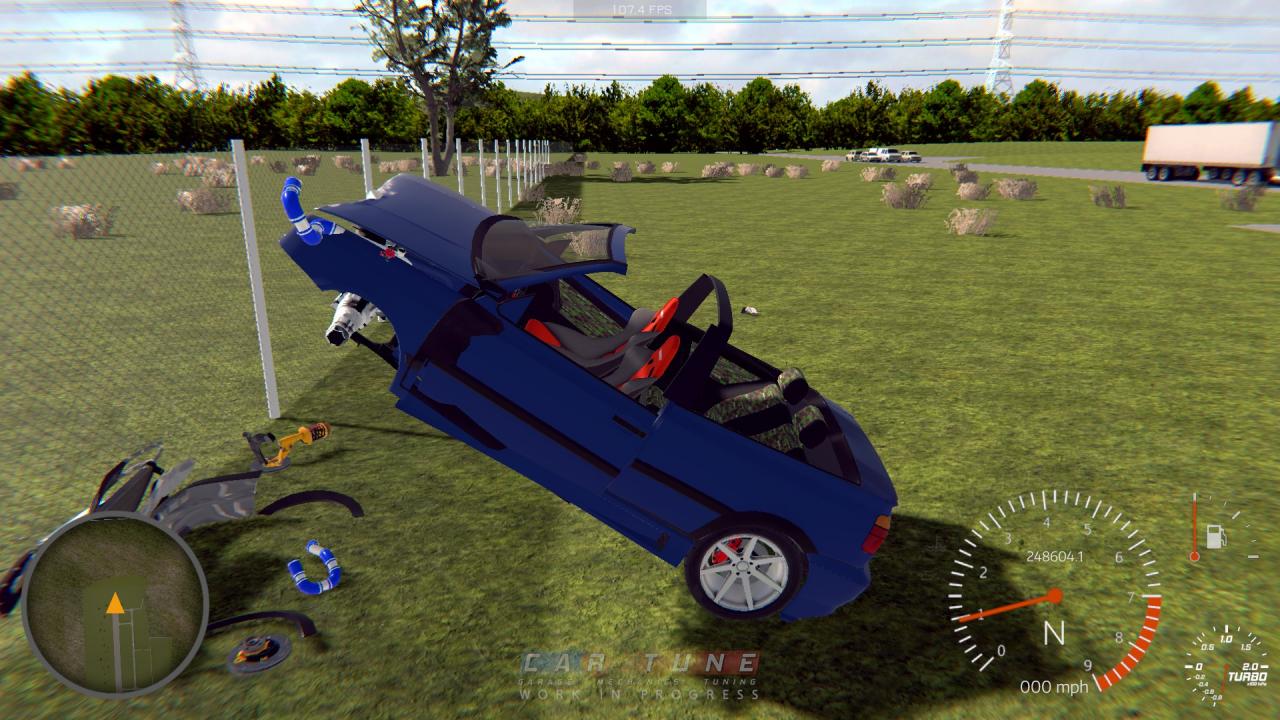 100mph
I tried this twice. First collision resulted in the game crashing, while the second was basically the 60mph collision again, except the suspension conpoments fell off

I will be adding more to this guide, especially the driving segment, in another time

A complete guide with all the profile data and the answers for the various questions for all the girls in the...

Tower and Sword of Succubus Walkthrough

This guide has been made for the purpose of aiding those who are stuck or missing gallery elements, but will not display any of the game...

This guide will cover the very basics and essentials of KekBox Fort Fights without being too detailed.   Basics Press F1...

Long Live The Queen: How To Get “To Serve Evil” And More