An overview of the weapon damage types in Chivalry 2 and how they interact with each class.

In Chivalry 2, there are three types of weapon damage types that differ depending on the weapon that you are using. Depending on what damage type your weapon deals, you may do increased damage to certain classes. This brief guide is meant to explain how damage types work and why they matter. Let’s begin.

When in a game lobby, you can open your class/loadout select screen to view your weapon options. Here, by selecting on a weapon you can see its damage type under the weapon damage, along with the damage bonus that is applied to each class. (assuming there are any) 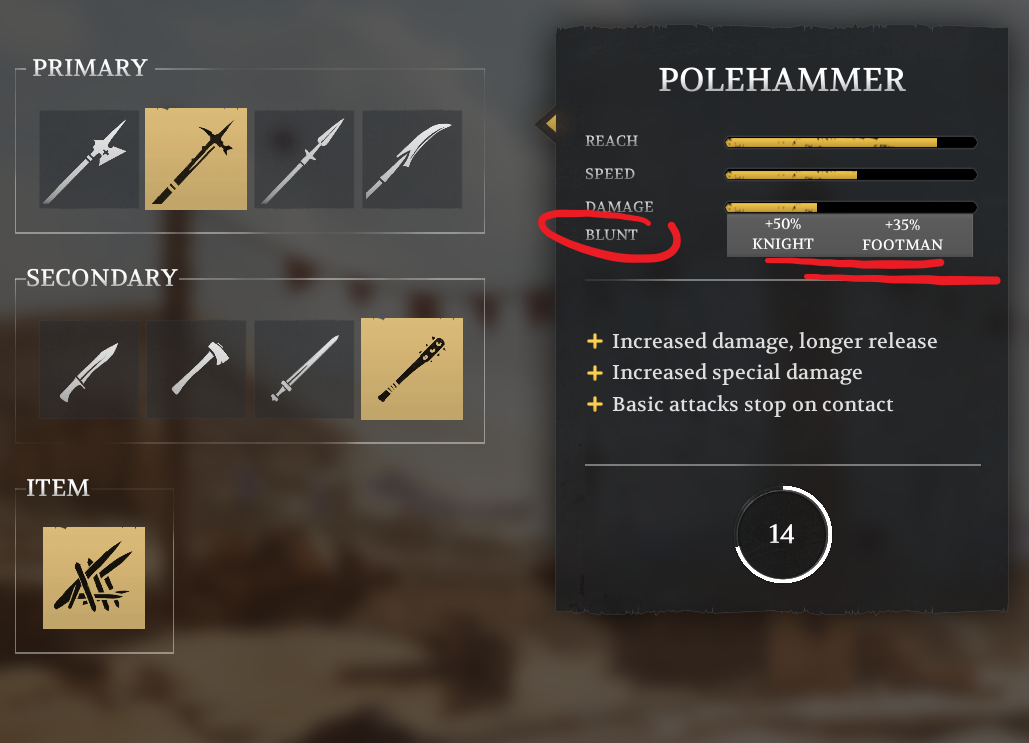 In Chivalry 2, there are three damage types: Cut, Chop, Blunt. Every weapon in the game operates based on these damage types. Even throwables and projectiles. These damage types offer you increased damage depending on the class that you are attacking, so it is important to recognize the damage type of all weapons as to understand how you properly utilize each weapon to the fullest.

As shown in the in-game UI, increased damage will be applied to the class listed as a percentage increase. For example, the Blunt damage type will increase a blunt weapon’s damage by 50% against a Knight. This means that if a blunt weapon does 50 base damage, then it will do 75 damage against a Knight. (50 x 1.5 = 75) As it currently stands, there are four classes in Chivalry 2, with two of them being affected by damage bonuses, those being the Footman and the Knight. the Archer and the Vanguard have lower HP pools, but are unaffected by all damage bonuses. 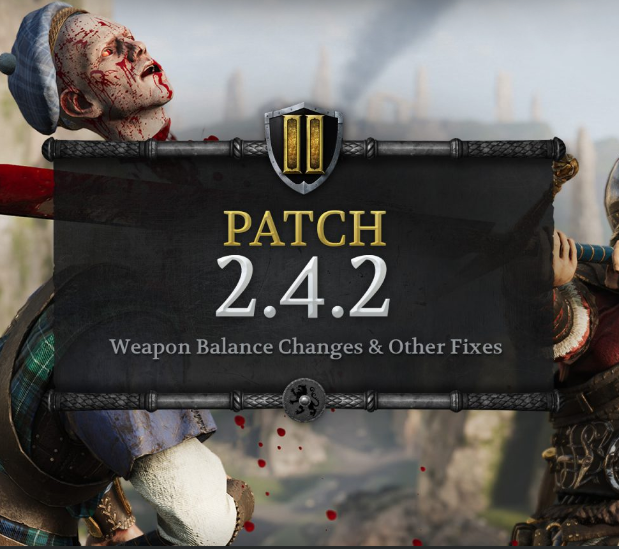 This damage type includes bladed and spear weapons such as the Longsword, Messer, Sword, Glaive, Greatsword, Spear, One-Handed Spear, and more. The Cut damage type is not special in any way, offering no passive bonuses of any kind for using it. However, weapons that deal the Cut damage typically have high base damage values, longer range, faster attack speed, and are overall a great option.

It is worth noting that although the Knife, Dagger, and Rapier are Cut-based weapons, they all have hitstop on their overheads and swings. (we will get into hitstop later)

This damage type includes all axe weapons such as the Axe, Battle Axe, Halberd, Executioner’s Axe, Hatchet, and more. The Chop damage type will increase damage against Footmen and Knights, dealing 17.5% increased damage against Footmen and 25% increased damage against Knights. Typically, weapons that deal Chop damage have slightly lower base damage than their Cut counterparts, with the damage bonus making up for the loss. They are often shorter range as well, with slower windups to attack.

All blunt weapons have a passive called hitstop, which causes them to not swing through people on their normal slash or overhead attacks, but rather stop on hit. Oddly enough, this does not affect the stabs. The hitstop can also be avoided by using heavy attacks, which will cause all attacks to go through enemies. For obvious reasons, not swinging through enemies can be a detriment in a fight against multiple opponents, but sometimes hitstop can be utilized as an advantage in that the release phase of an attack can be ended early after successfully striking an opponent. This will allow you to start your next attack significantly faster.

As a random rule, Archers take 40% increased damage from arrows that are fired from a bow. It does not affect any other aspect of the combat mechanics, but it is worth writing down for the sake of this guide, so you have as much information as possible.

To conclude, it is best for you to equip a loadout of weapons that is best suited for the situation. This usually involves taking two weapons of different damage types when possible, as you will be equipped for every class, but if the enemy team is jam-packed with Knights then it stands to reason more Blunt weapons would suffice. At the end of the day, no damage type will make up for your lack of skill, so understand that there’s no substitute for being worse than the enemy. Best of luck, and fight with Chivalry!

Thanks to Soter Dave for his great guide, all credit goes to his effort. you can also read the original guide from Steam Community. enjoy the game.