COC Halloween will take place on Oct 31 annually. it is the most favorite event in COC game. Supercell will celebrate it with a special event that features a Halloween theme and a seasonal obstacle. this year, Supercell will bring the annually Halloween obstacle and the mysterious giant dragon. Here GamePretty will make a prediction about COC Halloween 2018. 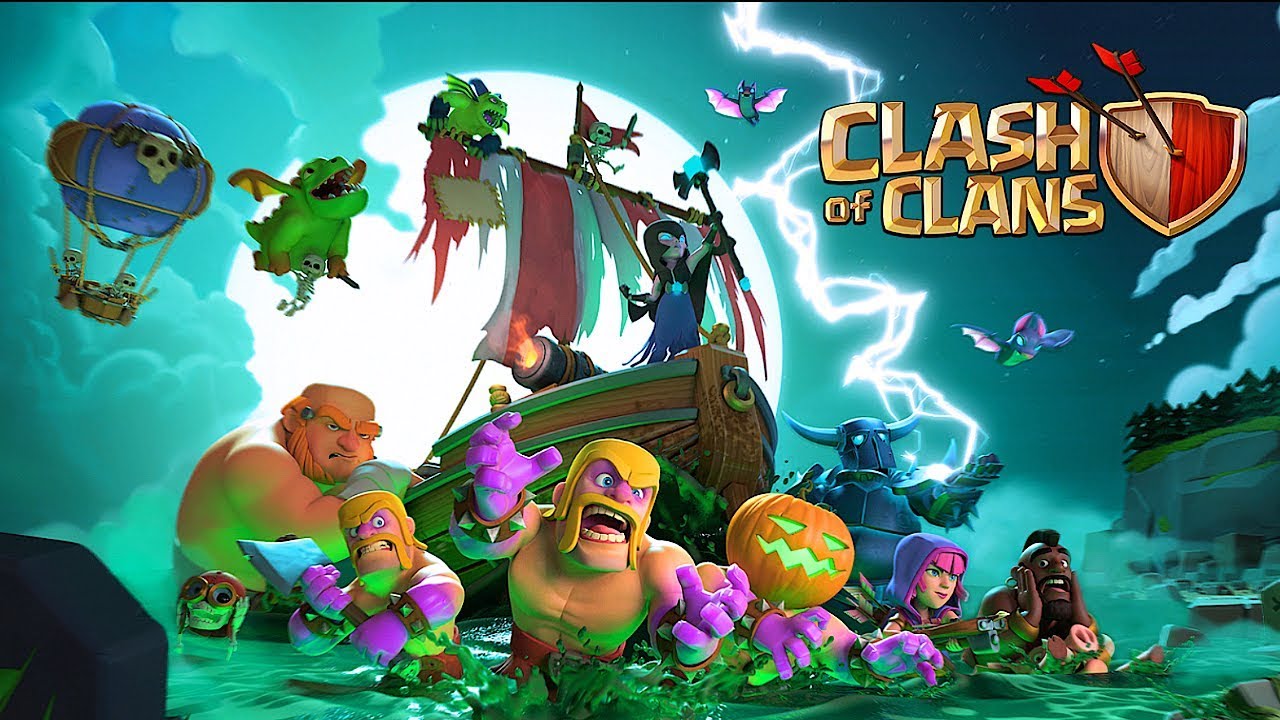 Most of the predictions about COC Halloween obstacle are spooky doll, scarecrow, coffin, Giantt Pamkin, Wich’s head and helmet.

You can also make you prediction and guesses in the comment below the article.

Information About the Giant Gragon

The COC official has added 25 new goblin maps in the Oct 2018 update.he toughest one of these new single player maps is called Dragon’s Lair and the gameplay of Dragon’s Lair has been leaked before the update goes live.

The giant dragon is really powerful and you can learn more from this YouTuBe.

The Dragon’s Lair map is a pretty hard map there are 2 eagle artilleries and 8 inferno towers, even not to mention maxed out air defensed and archer towers. what’s more, you will see the Dragon’s Lair, once your troops get close to the lair, the giant dragon, will spawn out of it. here i giant dragon look like.

The Clan War Leagues are a brand new competitive Clan War system where one week each month Clans will battle to prove they are the best in the world and climb 18 Leagues and reap amazing new exclusive rewards.

Season-based League structure where Clans fight 7 other Clans in their League to advance to the next highest League.

Skill and performance are what determine your success, not war weight.

18 individual Leagues based on you Clan’s performance: we’ve broken down the Clan War Leagues into 18 distinct tiers. Each season, depending on your Clan’s performance, your Clan will move up, down, or remain within the same League.

15v15 Wars but you can include up to 50 Clan members and rotate players during each day of the week. Each player can only do one attack per War – make every attack count!

Use League Medals in the new League Shop to purchase exclusive decorations and the new Hammer Magic Items.

Depending on your Clan’s performance in a League, Clan Leaders can grant additional bonus League Medals to Clan members at the end of the League.

Introducing: Hammer of Heroes, Hammer of Building, Hammer of Spells, and Hammer of Troops – instantly start and finish upgrades!

an upgrade. This includes resources and upgrade timer, whereas the Book Magic Items only completed the upgrade timer.

Hand-crafted from ground-up magic cogs, the Clock Tower Potion will activate your Builder Base Clock Tower for 30 minutes!

The Tornado Trap releases a vortex, drawing all enemy troops within its range and hindering their progress. Available starting at Town Hall 11

The Goblin Uprising Has Begun!

For many years, the Goblin King’s minions have been silently plotting a return to the Clash world. They’ve returned with a vengeance, bringing an onslaught of new and treacherous challenges for you to conquer!

More Resource rewards for beating the new Villages including Dark

Training costs have been reduced for the following units:

Gem Donation costs have been reduced for the following units:

And increased for the Giant:

Siege Machine deployment on the UI will now default to what was previously used.

Fixed Wall Wrecker getting stuck on walls and obstacles

Hitpoints have been adjusted:

Damage per Hit and Shockwave Damage values have been adjusted:

Damage per Second has been adjusted

Shortened the detonation delay from 2 seconds to 1.5 seconds to make them reliably hit a larger variety of different troops triggering them.

Other Quality of Life Improvements