Dorfromantik: How to Make a Million Points Without Cheats

Is it possible to start a never-ending game in Dorfromantik Classic Mode without cheating? My answer is yes. This guide describes how to do it.

Perfect Placements are the Key 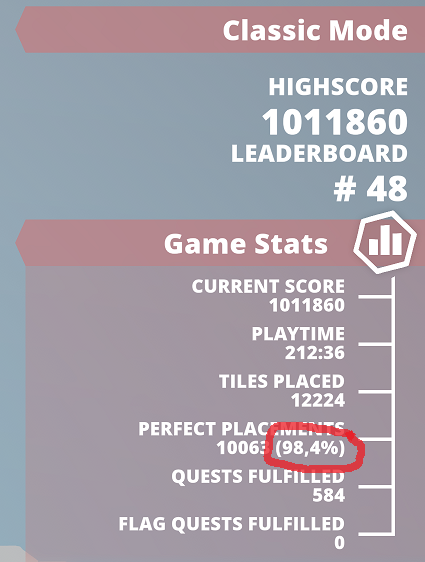 In the early stage of the game, your main source of new tiles is the completion of quests. This will change soon as you keep making progress, though. Later on, perfect placements constantly provide you with the tiles you need to keep the game going. Thus, it is of utmost importance to take your time and find placements without mismatching edges! Any mismatching edge will effectively cost you two tiles. That’s because both affected tiles cannot become a perfect placement anymore, which means that they won’t get “refunded” once they are fully surrounded by other tiles.

As long as you have less than 100k points, you sometimes may have to make compromises when it comes to perfect placements. That’s because you may need to complete quests urgently since you might run out of tiles otherwise. I recommend not to make any compromises unless there are no more than five tiles left. Unfortunately, there’s no guarantee that you won’t run out of tiles early in the game, but making compromises too early will make it harder to get new tiles later on.

Although the ratio of tiles received by perfect placements to tiles received by completed quests will grow with your landscape, you still depend on quest completions in order to get enough new tiles. In the very beginning of the game, it’s important to complete quests quickly, which is easy because you won’t need many tiles to complete a quest. But the bigger your landscape grows, the more time it will take. The number of forest, field, town, water and rail sections you need for a quest completion depends on the largest number of connected sections of the respective kind. This makes it inevitable to build large connected areas of each of these kinds. Your landscape will eventually be composed of only a few such big areas.
However, it’s not advisable to increase the size of the biggest area of a kind by adding new sections to it right away. Instead, start a new small area of the same kind close to it and keep it growing. Also sections that start new quests should preferably be added to the new area. Thus, the number of sections needed for quest completion will stay constant. Once the new area has enough sections such that connecting it to the biggest area will complete all quests, connect it and repeat the whole procedure. 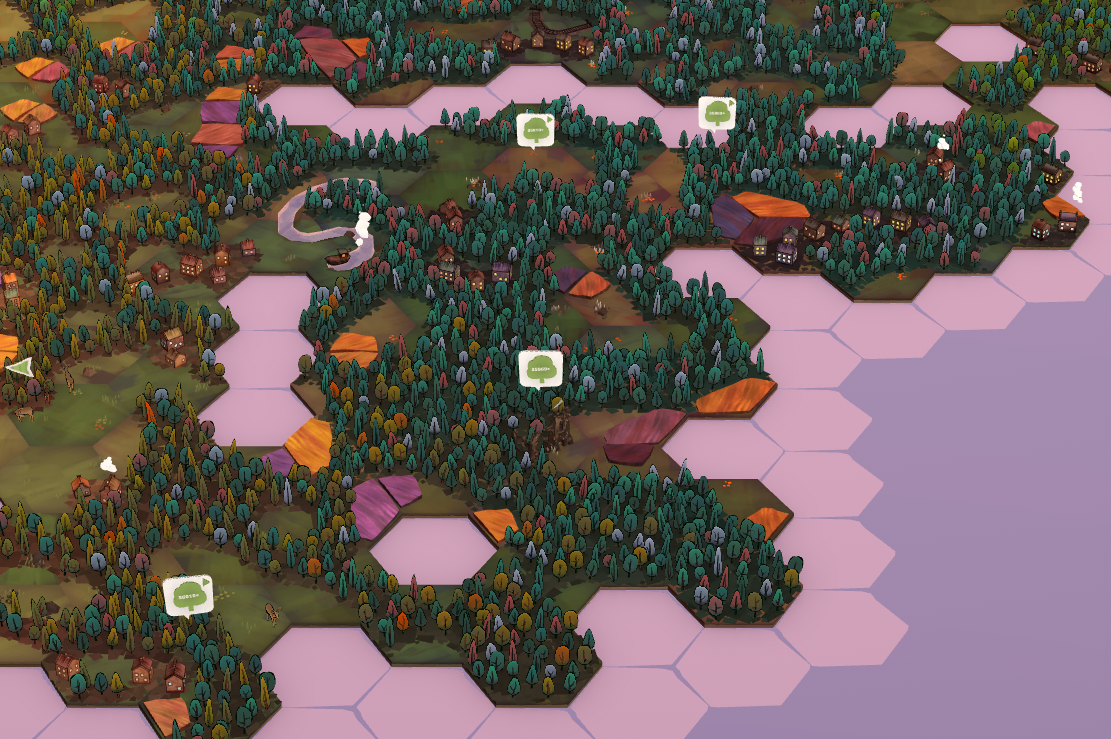 A disconnected new forest area with a bundle of unfinished quests.

Be careful, though, with quests for exact numbers of sections (as opposed to minimum numbers marked by ‘+’). It may not be worth trying to complete them unless it can be done rather quickly or you have multiple such quests with similar numbers. If you decide that it’s not worth it, I recommend to make them fail as quickly as possible because the maximum number of open quests seems to be limited (although it apparently depends on the size of your landscape or number of previously completed quests). The same goes for hidden quests you will discover when your landscape keeps growing.

When looking for spots to place a tile on the landscape, prefer those where your tile has many (matching) edges with other previously placed tiles over those where it has fewer ones. This will keep your landscape compact and return the tiles for perfect placements as quickly as possible.

Over time, you will receive a lot more tiles with only one or two kinds of sections than tiles with three or more. Blank sections are also more common than filled ones. Thus, try to avoid spots on the landscape where a perfect placement would require a very specific tile with many different filled sections, especially if sections of the same kind are not adjacent to each other. Otherwise, it will take a long time to get the exact tile that makes a perfect placement. This especially holds true if rail sections are involved. This rule is not carved in stone, but you should keep it in mind to make progress more quickly. 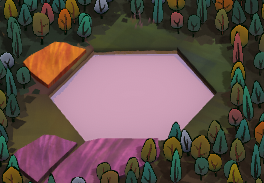 … whereas it is likely that you will get the matching tile for this spot soon.

Thanks to LordDest for his great guide, all credit goes to his effort. you can also read the original guide from Steam Community. enjoy the game.