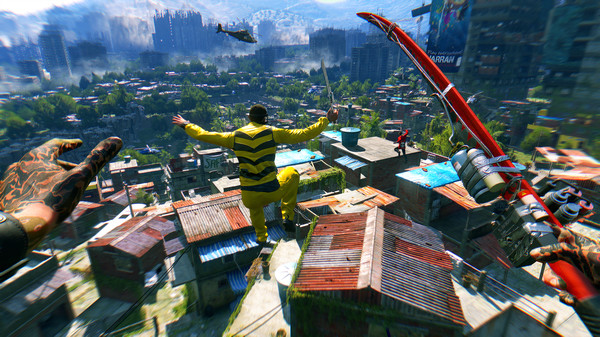 Dying Light: Bad Blood is a standalone battle royale game of Dying Light, which is now available on PC. The Early Access has launched on steam, you can join the battle by purchasing the $20 Founder’s Pack.

Dying Light: Bad Blood is not a typical battle royale game, both PVP and PVE elements of Dying Light are incooperated. There will be 12 players in a city overran by zombies, you’ll need to search weapons, eliminate other players, destroy zombies’ hives with all those parkour skills of Dying Light.

the game is coming to PC and consoles. The developer says the game will transition to free-to-play when it leaves Early Access.