Dynasty Warrior 8 has released on February 28, 2013. It is a really classical game for most casual gamers. however. if you want to enjoy the FTG games. it’s still a pretty game. here GamePretty will guide you the basic controls for Dynasty Warriors PS4. 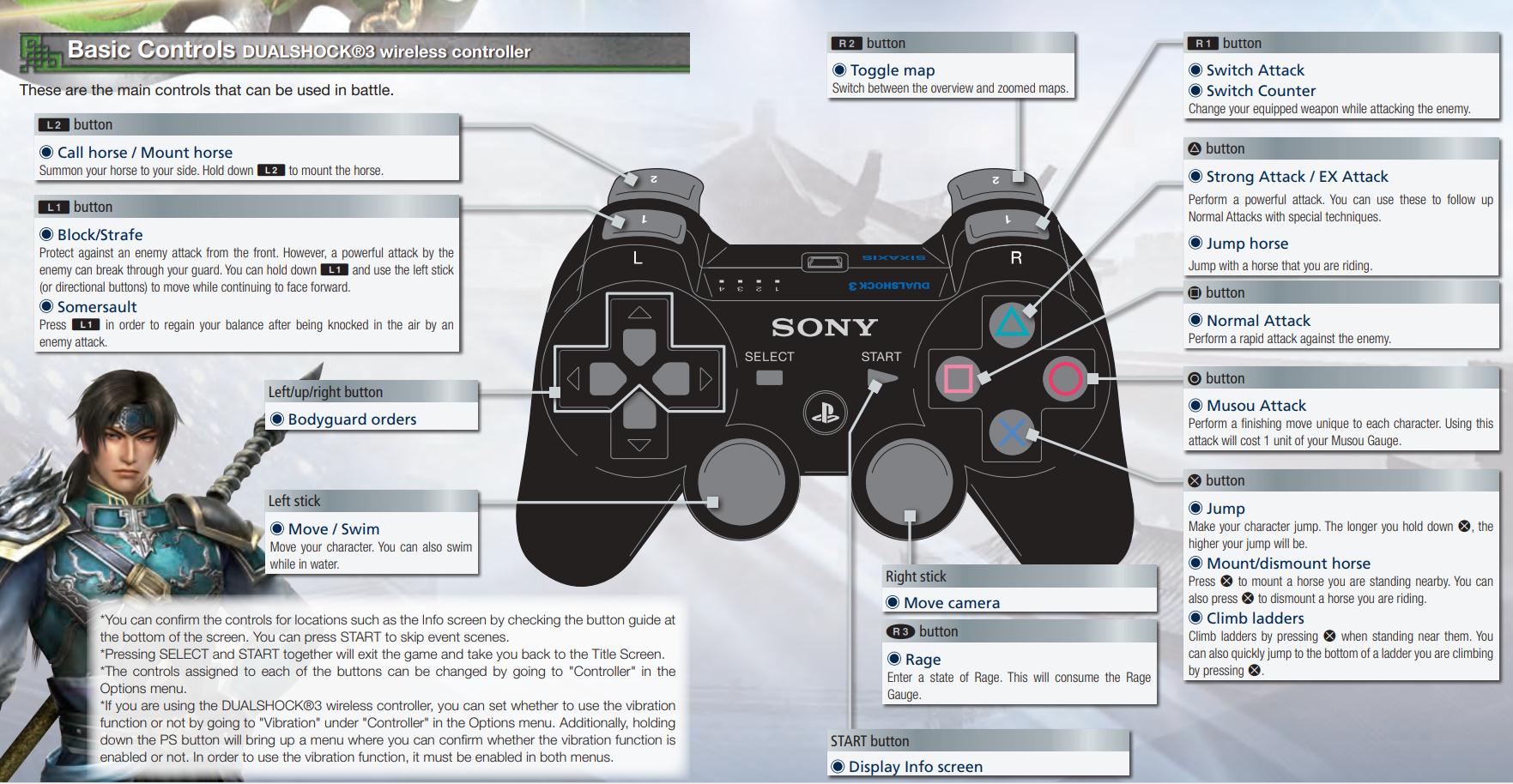 Summon your horse to your side. Hold down L2 to mount the horse

Protect against an enemy attack from the front. However, a powerful attack by the enemy can break through your guard. You can hold down L1 and use the left stick (or directional buttons) to move while continuing to face forward.

Somersault Press L1 in order to regain your balance after being knocked in the air by an enemy attack.

Move / Swim Move your character. You can also swim while in water

Change your equipped weapon while attacking the enemy

Toggle map Switch between the overview and zoomed maps.

Rage Enter a state of Rage. This will consume the Rage Gauge.

Perform a powerful attack. You can use these to follow up Normal Attacks with special techniques.

Jump with a horse that you are riding.

Perform a rapid attack against the enemy

Perform a finishing move unique to each character. Using this attack will cost 1 unit of your Musou Gauge.

Make your character jump. The longer you hold down ×, the higher your jump will be. Mount/dismount horse Press × to mount a horse you are standing nearby. You can also press × to dismount a horse you are riding. Climb ladders Climb ladders by pressing × when standing near them. You can also quickly jump to the bottom of a ladder you are climbing by pressing ×.

The first time you play the game, save data will be created. If save data already exists, it will be loaded automatically. If you press START during the opening movie or at the Title Screen, you will be taken to the Main Menu. If you are a newbie, you should set the basic options as the follow setting.