Fallout 4 Guide: How To Join And Get Out Of The Institute 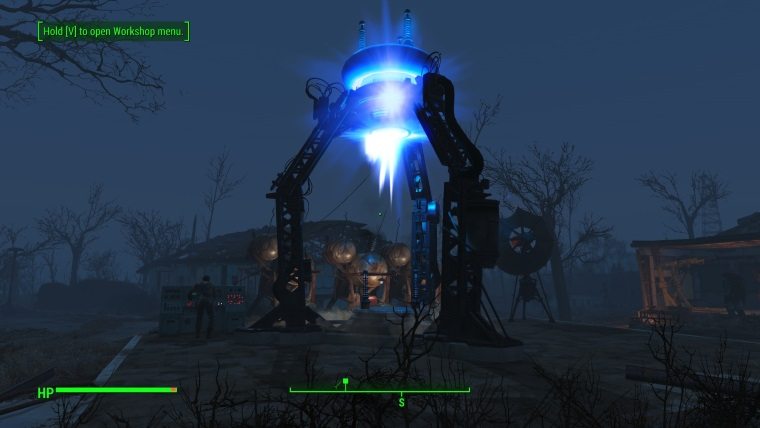 The Institute is a shadowy organization that came together in the remnants of the Commonwealth Institute of Technology, It can only be found by following through on a bunch of missions, and building a special device. Here’s a quick guide on how to join the Institute and how to get out of it in Fallout 4.

The Institute can only be joined by following through on the main storyline. Keep pushing the quest to locate your son Shaun. You’ll eventually fight a Courser, get his implant, and have it worked on. Finally you’ll come to the mission Institutionalized” which will task you with building a teleportation device that will get you into the Institute. You can build this with the help of any factions you’ve already joined, including the Minutemen in Sanctuary.

Once you’ve progressed far enough and asked the right people for help you can build the device, which takes quite a few parts. These are all placed in a special menu within the Workshop, so you can go there to see what needs to be built. You’ll need a lot of power for this thing, so having the Science perk is helpful, as it allows you to build the biggest generator.

Build each piece of the teleporter, power it up, and you’re good to go. Save your game, as you might want to retry this if anything goes wrong, and step into the teleporter. This will send you deep underground to the Institute. Just follow the hallways, and listen to the announcer, and you’ll come to your final spot. Speak with Father and you’ll be given the chance to join the Institute.

How To Get out

Here we are talking about how to leave that bunker without doors, I guess lots of players have faced this problem. Well, to leave the location is not difficult, you’ll need to talk to Father and eventually they’ll agree to install a permanent chip in your Pipboy to allow you to leave.(Fast Travel) So… back to Father and his grand tour!

Check our other articles for all the latest gaming news.
Fallout 76 Beta Is Coming On October 23 For Xbox And One Week Later For PC PS4
A New Star Wars Game Is Coming To Oculus VR In Spring 2019
Visage: A psychological Horror Game Is Receiving A Early Access In October

Sea of Thieves: The Pirates Life Tall Tale 1 Journal and Side Quest

A clear guide on how to find the ten journals scattered throughout Sailor's Grotto and how to open the treasure room in the first Pirate's...

For those who missed out, there's a nit Tom Clancy's Splinter Cell Easter egg out there. It's super easy to get to but seems like a lot of...

This guide will show you the locations of the 15 collectibles needed to get the "Collector" achievement.   Where to get all 15...

In this Guide I will show you my personal favorite mode that seems to be the best way to make a lot of cash! This will help to unlock a lot...