This guide will touch some parts about the game that may or may not be important, but in all- is generally good to know. This guide also includes the basics of death-match, and some stuff that has to do with changing the graphics of the game to go with slower computers properly. 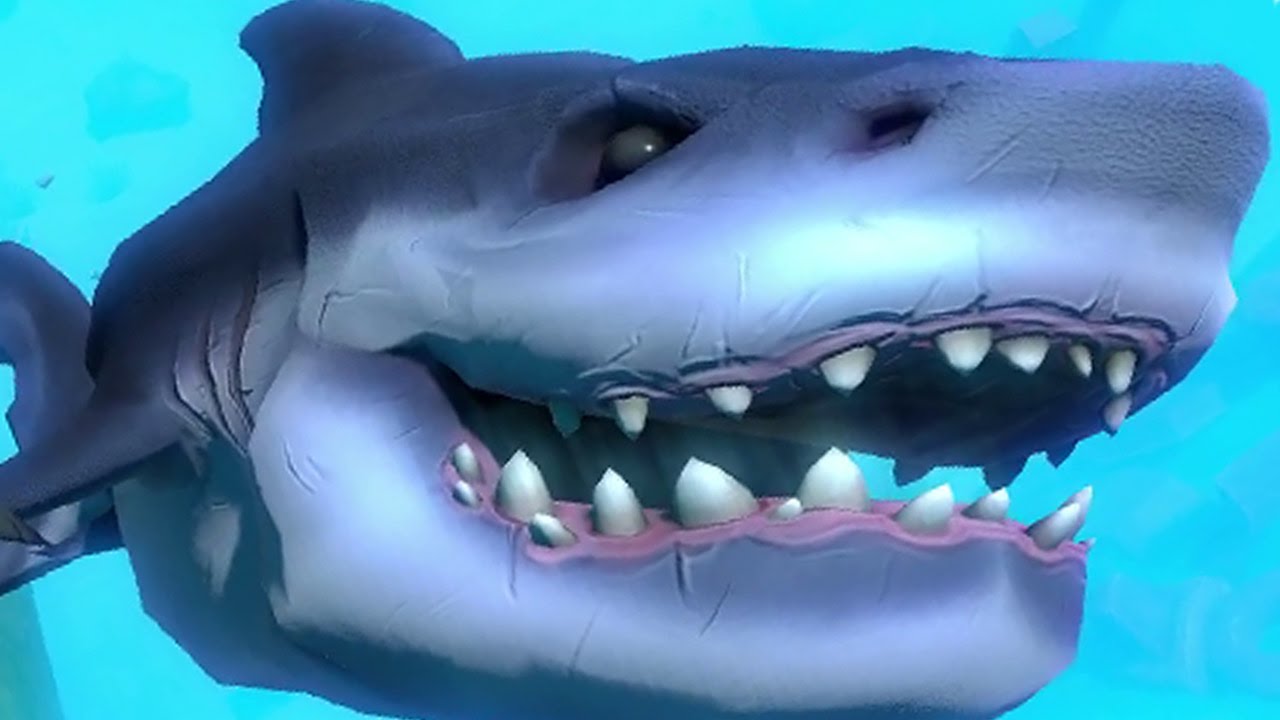 Now, im only adding this because I used to have this problem with the game, and it really bugged me that i couldn’t play because of how slow it was at first. For slower computers,
1. Lower the brightness to 50% (0)
2. Lower the level of detail to 50% (0)
3. Go to the Quality, and click it till it says “Simple”.
4. Turn off ALL of the effects.
5. Go to the video tab, and make sure you’re not in fullscreen. Turn down the resolution to 320 x 200 @ 59hz
6. Click and drag the corners of the window itself till its generally big enough for you to see whats going on in it.
Hopefully, now Feed & Grow: Fish is a lot quicker for you, and lacks lag. I’d also recommend using a mouse for this game.

Now, it took me a while to understand how to play this game again, and if this is your first time playing- its going to be a tough ride seeing as how hard it can be to actually survive in this game if you’re not careful.

1. NEVER try to kill a fish thats above yours levelwise, or is generally a lot bigger than yours. If your around or above level 10, typically- hunting a slightly more ‘advanced’, and bigger fish is safe.

2. Always be alert. I couldn’t count how many times i died because of how i wasn’t paying enough attention to my surroundings, because its very likely that a fish thats better than yours will snatch you up in a second, especially if you’re a bibos and your near something like an eel and you don’t notice them. They WILL try to kill you.

3. If you close the game, all of your coins will be lost, so keep that in mind. On the other hand, your progress won’t be lost achievement-wise.

When starting, id suggest just grinding as a bibos. Don’t go trying to eat all those passive fishies swimming around as bibos, because your top priority is to simply get money and not waste precious time chasing, and trying to eat one of those, because one thing of meat isn’t worth all that trouble right now.
(Not to mention, don’t turn on ‘gang’ as bibos or any other fish unless you’re close to one- and you’re about to die. They’ll steal your prey, and are only useful for killing stuff that you don’t want to get anything out of.)

Go for the starfish and ‘fungi’ (being those little pink balls that stick to the ground and walls). Eating those will save time, and give you more money as bibos and any other low level fish. Id suggest doing this as any fish up to mahi mahi (but specifically for bibos, as they are an extremely weak carnivore.)

It is recommended to grind till you have about 20 coins, and from there, be the eel. Eels are like bibos, but are a little more sneaky and do more damage. Please use your invisibility as much as you can, but be cautious. ^^

Grind as the eel like you did with bibos, but if you ever find those clumps of super small fish, i believe that you are just able to suck them in, so do that when you find them. It’ll get you a lot of money! Also, for eel, you can spend a bit of time trying to kill normal, passive fish, but if they’re quicker than you- don’t go chasing after them. Just do your usual shtick.

As soon as you get enough coins for the ghost shark, buy it! The ghost shark is probably my favorite fish for grinding, as its quick, does a good amount of damage, and spawns in a great area for grinding and getting money/experience. If you just wanna play as ghost shark from here, go ahead, but if you want to progress, just grind a ton- which won’t be hard as this fish!

P.S. If you spawn where i think you spawned, go chasing after those little waves of glowy things. You can just swallow them up without biting them, and you’ll get a lot of money in doing so for a little while. Blob fish are also good to kill as this fish, because they’re slow and rather passive, and i think they give you a good amount of meat for how easy they are to kill. Despite how much i love this fish, still don’t try going for fish that are ‘above’ the ghost shark in the fish selection menu because they can still absolutely smite you.

Grind as the ghost shark till you have around 101 gold, and become the titanichthys.

The reason as to why this is so important is because the titanichthys has more health, damage, and an ability thats debatably better than the dunkleosteus. Its one of the biggest fish, so don’t expect to be targeted as this thing any time soon by something bigger. You can swallow up most of the fish that are ‘below’ the titanichthys in the fish selection menu, which allows you to get a lot of money a lot faster. This fish is also pretty tanky, so if you get attacked by a dumb pack of tuna, bibos, or even xiphactinus- they’ll be dead faster than you will ever be.

Grind. Grind really hard, and this time- try to avoid starfish and all that other bibos ‘tier’ stuff, not only because you can get a lot more gold a lot faster, but also because you need to look out for your experience. Its gonna be a great idea to grind up to a really high level as this fish, because if you manage to do it right- you can kill a gw (great white, a meg (megalodon) or a prog (prognathodon).

By the point in time when you kill the meg, you’ve technically won the game. Congrats! Have fun! Be whatever you want!

Getting ‘King of the ocean’, ‘Big tooth’, ‘Cretacious Reptile’

Getting ‘Big tooth’ – You have to kill the megalodon, which is in the great map. This’ll take some grinding, but once you’ve gotten a decent level on either the titanichthys (about level 20-30) or the prognathodon (which is what i believe to be a fish obtained by another achievement) (about level 20 as this fish btw)- you can kill it.
+Unlocks Megalodon
+Unlocks Aigialosaurus
+Unlocks Kronosaurus
+Some others (?)

Getting ‘Cretacious Reptile’ – Kill the Prognathodon. Just do the same thing as you did with ‘Big Tooth’, but go for the Prog instead.
+ Unlocks Prognathodon

Feed and Grow has released on Jan 9, 2016 on steam, this guide was written by Mau

Mafia: Definitive Edition – How to Fix No Intro Issues

Here is a simple guide on how to fix no intro issues for Mafia: Definitive Edition game. if you want to skip the intro, you can go to this...

** Information below here is just typed exactly as in the game. If there's miss typo or description, refer to developer. Find the wrong...

DISCLAIMER(Patch v0.1.0.9): EA = Early Access game. This information can be changed at anytime, by developer in the game. Use this as...

Vlad the Impaler: Every Class Guide

A guide that details the exact choices I made to obtain every class and beat Vlad with them Sorcerer Chapter 1 Port: Visit Dock...