Super Bookworm
Just get a perfect on the library event with Kaname, shouldn’t be too hard. If you make a mistake or get hit, just retry the area in the pause menu.

Super Monster Hunter
Same as Bookworm, get a perfect on the event with the plant monster thing. You also need to get a perfect here if you want the true ending for her.

Lovey-Dovey Kaname
Get a Doki-Doki Score of 200% in Kanames final Doki-Doki. Pretty easy, just spam until the achievement pops.

Kaname – Good Ending
Get the good ending for her. Actually, I found the good endings a bit confusing at first, since i always tried to get a perfect on every event. Same as the true ending, but for the good ending, you need to NOT get a score of excellent job or better at the plant monster event. Take a look at the True ending dialogue answers in the guide I linked below though.

Kaname – True Ending
Get the true ending for Kaname. I will link a guide down below on how to get each true ending.

Super Trainer
Get a perfect score on the poolside event with Akira. If you make a mistake or get hit, just retry the area in the pause menu.

Super Bully
Get a perfect score on the rooftop event with Akira. You need a perfect here for her true ending.

Lovey-Dovey Akira
Same as with Kaname.

Super Model
Get a perfect score on the painting event with Kaoruko. If you make a mistake or get hit, just retry the area in the pause menu. You need a perfect here for her true ending.

Super Escape Artist
Get a perfect score on the helicopter event with Kaoruko.

Lovey-Dovey Kaoruko
Same as with the other girls.

Kaoruko – Good Ending
Same as with the other girls.

Kaoruko – True Ending
Same as with the other girls.

Super Composer
Get a perfect score on the lyric-writing event with Aoi. If you make a mistake or get hit, just retry the area in the pause menu. A perfect here is useful for the concert event apparently.

Super Producer
Get a perfect score on the concert event with Aoi. (the one with the boo and yeah icons) You need a perfect here for her true ending.

Lovey-Dovey Aoi
Same as with the other girls.

Aoi – Good Ending
Same as with the other girls.

Aoi – True Ending
Same as with the other girls.

These are all pretty self explanatory, if you aren’t retarded. I recommend aiming for ecstasy shots and not using Doki-Doki Mode, since ecstasy shots get you a higher score. You need a score of at least 600.000 for godlike.

Title Enthusiast
Earn all Titles for your collection. I will link a guide for this below. You shouldn’t use Doki-Doki Mode at all in the runs for this achievement, since the ranks you get depend on your current stats.
Profiles
To obtain all profiles you don’t need to get all outfits, it’s enough to Doki-Doki a girl three times in one run to get her profile for the achievement. To check which girls you already completed, you can hover over them ingame and look for the three stars (silver or gold). For most girls this is pretty easy, as they are available in each run, whatever love interest you chose. There are two girls (Mako and Miko Kuroda) that complicate the whole thing though. They need special requirements to spawn, for which I will link a guide down below.

Special Secrets
Obtain all Other Profiles.

DDC – All Routes
For this achievement, you need to complete each level in DDC at least. The ones you have already completed are marked with a star.

DDC – Patako Route
Simply choose Patako at the end of a DDC run.

DDC – Ekoro Route
Simply choose Ekoro at the end of a DDC run.

DDC – Patako & Ekoro Route
This one is a bit tricky, since you have to get a god rank in DDC to be able to choose both angels. I recommend always choosing the lower level available. Since there are more girls in these it’s easier to get a higher score. Simple logic, dipsh*t.

Ecstacy Combo Master
Get a combo of 30 in any score attack level or route. To get this, you just need to land 30 ecstasy shots without getting damage in between girls. Shouldn’t be too hard.

Ecstacy Speedster
Get 5 speed bonuses in a row in Score Attack. This one is a bit tricky, but there’s a spot in the first level of the combined route (I think, maybe another route, if you want all achievements, you need to play each route anyway), where this is easily achieved. Of course I have a screenshot for this moment for you to look at, my little pogchamp: 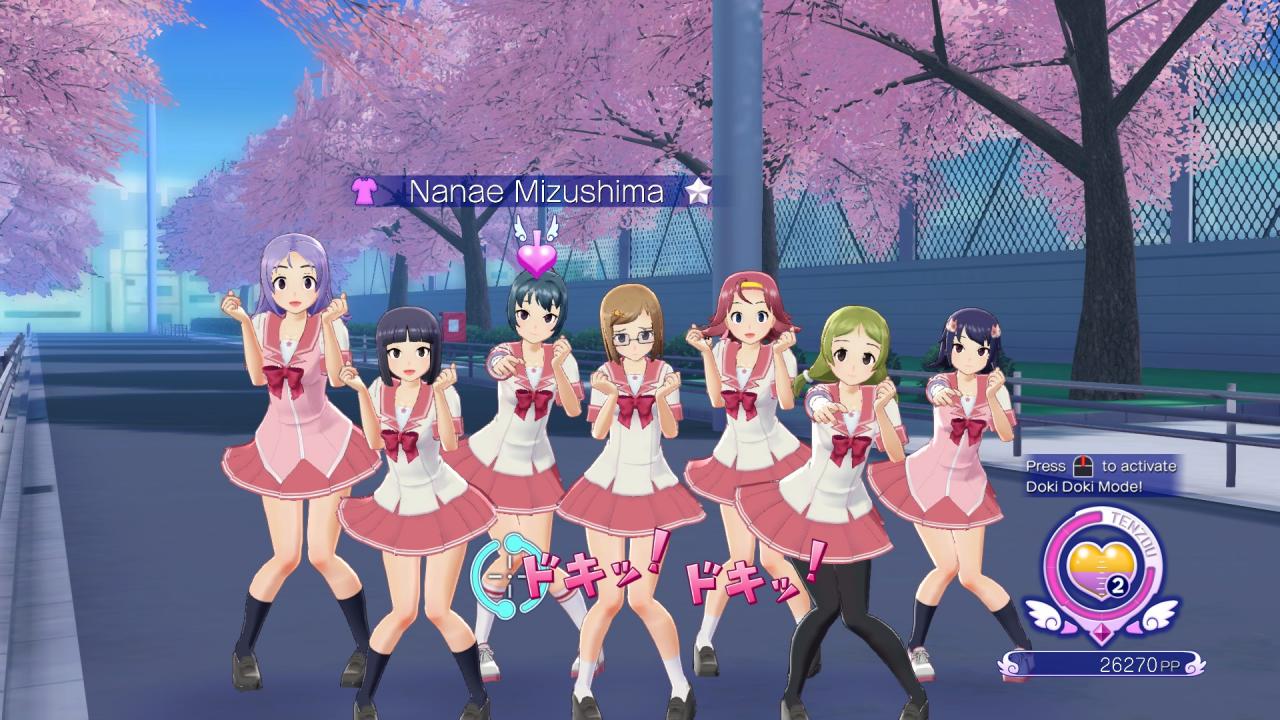 For the Score Attack Route Achievements, you just need to complete each run once. Ironically, you don’t need to get a specific score or something. I don’t know if you can fail score attack, but I’m not gonna double check that. Who am I? – the author of a guide for this game or something?