This is an unofficial guide that discusses four key elements in Griefhelm, and how to use them to your advantage. 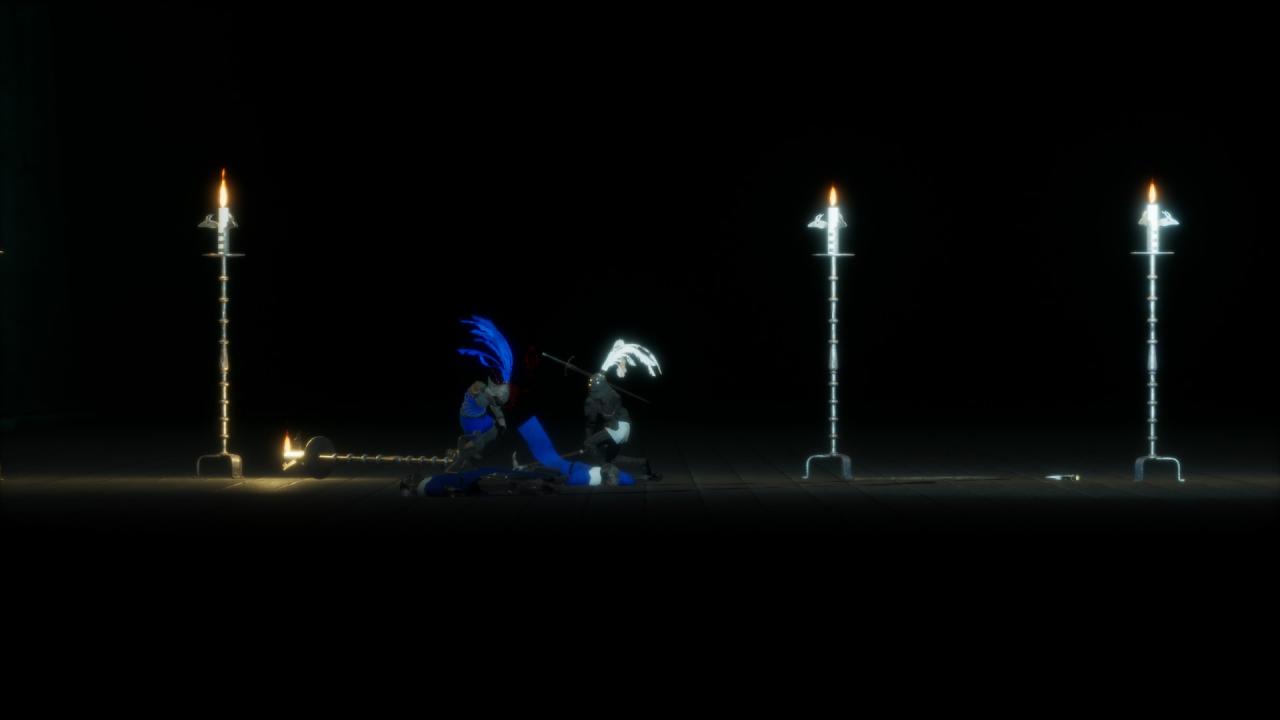 “Range” is the most basic concept to grasp in Griefhelm, or any medieval-style game. Range refers to the striking distance of any weapon, be it the hammer, sword(s), spear, or mace. This allows you to strike early with a weapon, by preemptively attacking while charging towards an enemy (as shown in the screenshot above with the hammer.) Understanding range also allows you dance out of reach of the opponent, avoiding harm. Knowing your weapons range can keep your enemy safely at a distance with a long weapon, such as the spear.

Understanding range is important, as missing swings can leave you open to a counter attack. This allows enemies to close distance (if they have a short weapon) and chain swings with shoves, which can be fatal. 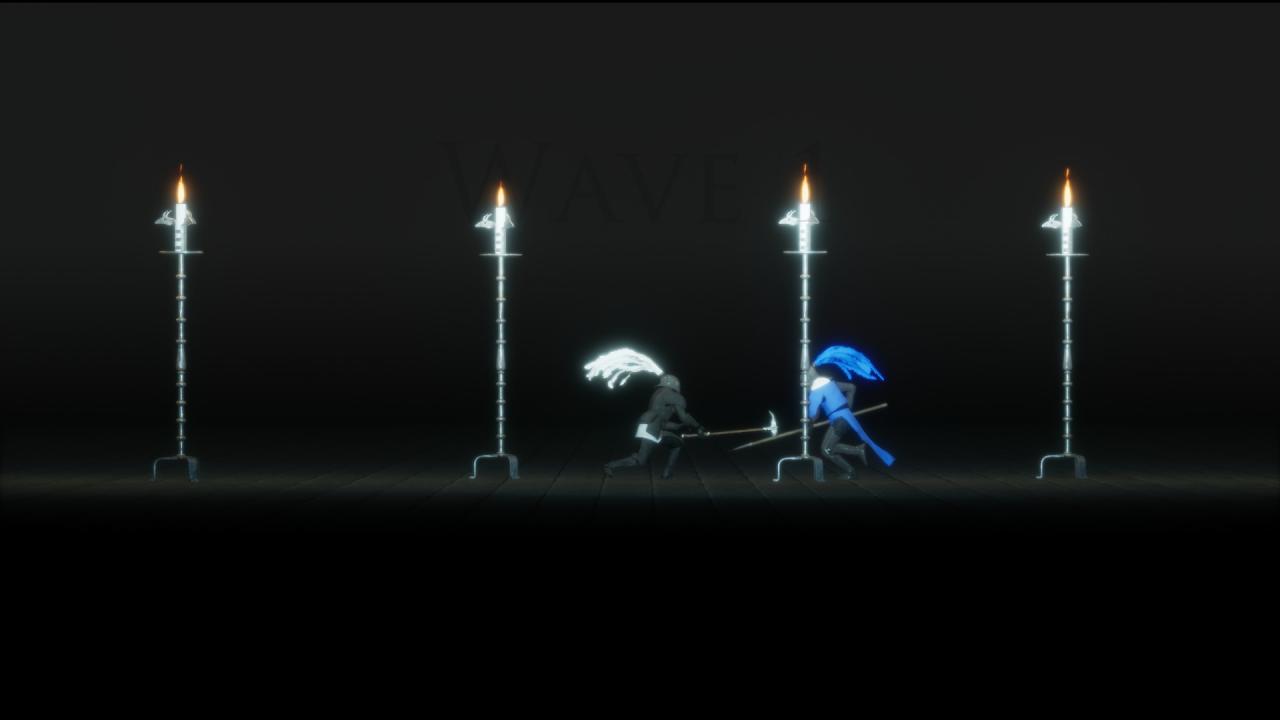 (See how I swung too early? This allows the spearman to step in and skewer me while I’m still in mid-swing.)

To be comfortable with the range of your weapon, you should begin doing practice swings before getting too close to the enemy, and see where the edge/head/end of the weapon is able to reach. 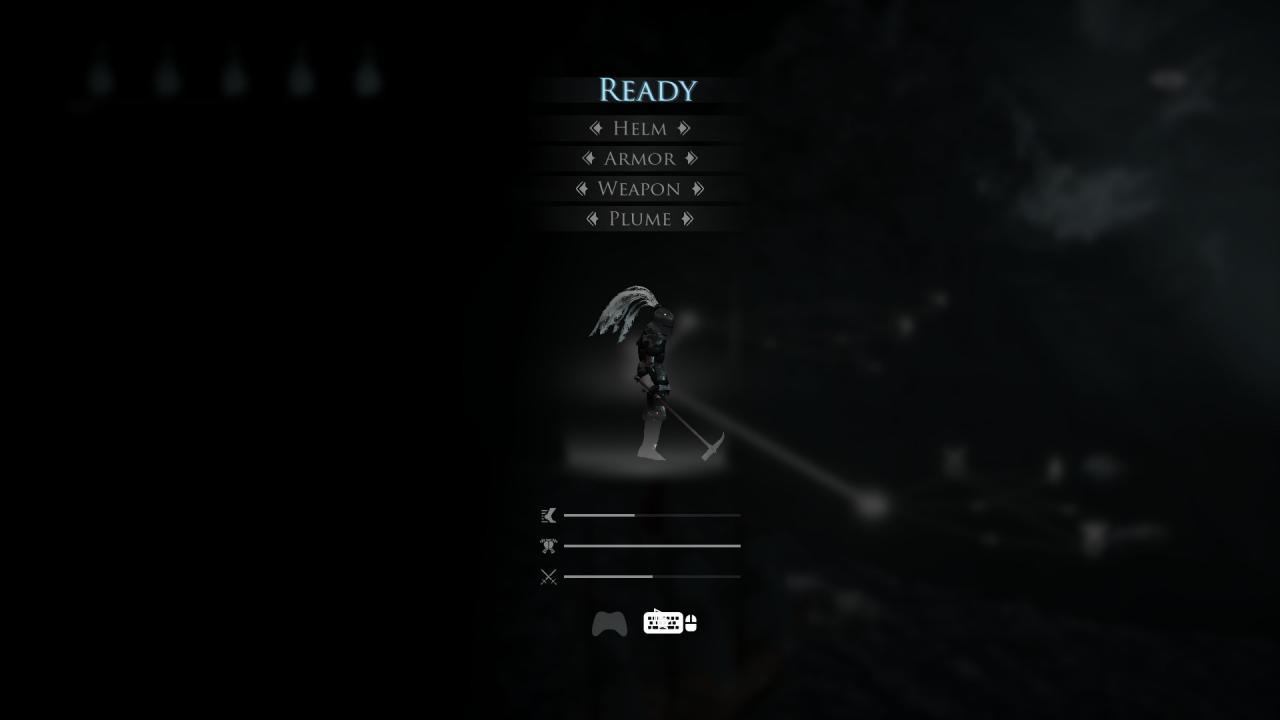 Armor and weapons, like in all games, ultimately comes down to personal preference. There are three factors when it comes to choosing your equipment.
1) Speed/Encumberment
2) Defensive Capability
3) Range/Playstyle

When it comes to choosing your armor, you’ll see the differences in speed and defense when changing pieces. Some armor is easier to move around in, but has low defensive capabilities. On the flipside, other armor is tanky and allows more mistakes, but sacrifices speed. Depending on the gamemode, you might want to change your body armor based on whether there’ll be more enemies or not.
(Note: Helmets seemingly have no bearing on any stats whatsoever and are purely cosmetic, like plumes.)

Choosing your weapon mostly affects your striking range. However, there are slight differences between weapons, like attack speed. Here is a list ranking weapons on attack speed and range.
Attack Speed (Fastest to Slowest)

Each weapon represents a different playstyle. The spear is used by players who like to keep enemies at a distance, whereas players using maces like to get close and personal. Each weapon is unique, so try them all before you stick to one.

Shoving/Kicking
Shoving & When to Shove 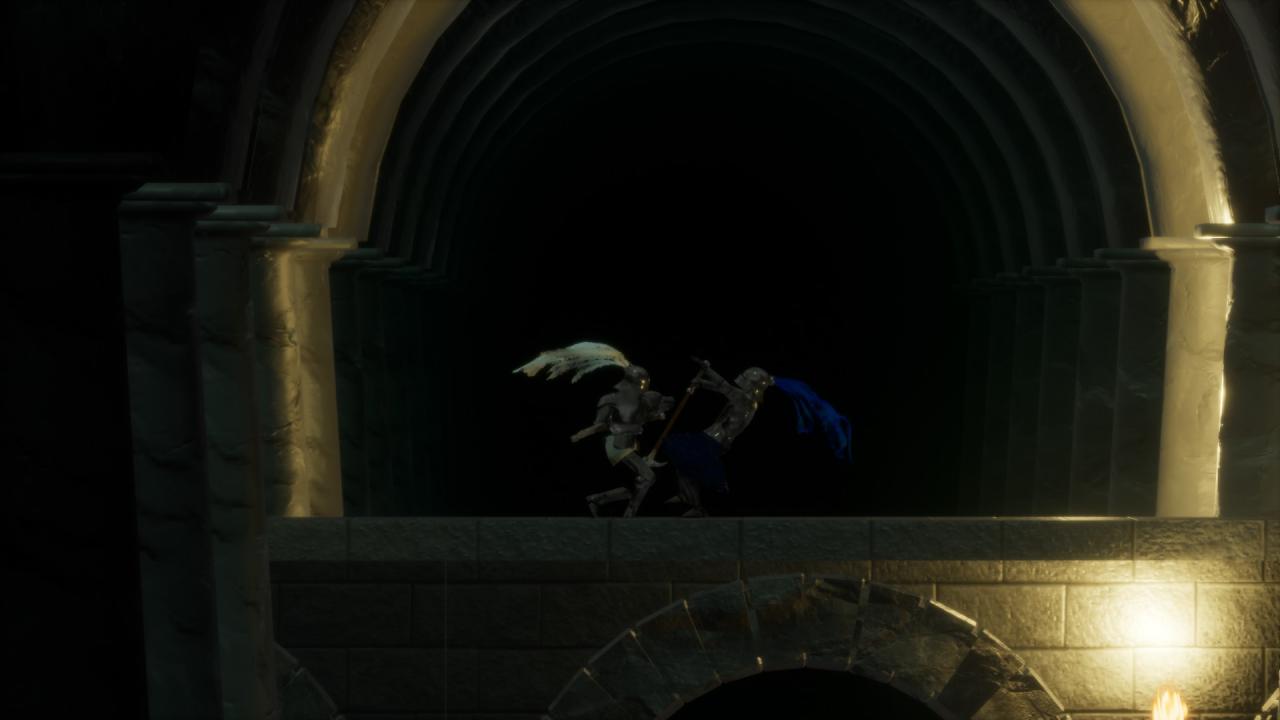 Shoving is a method introduced as a way to create distance if an opponent gets too close. However, shoving can be used in conjunction with attacks as a way to press your enemy and chain together swings. 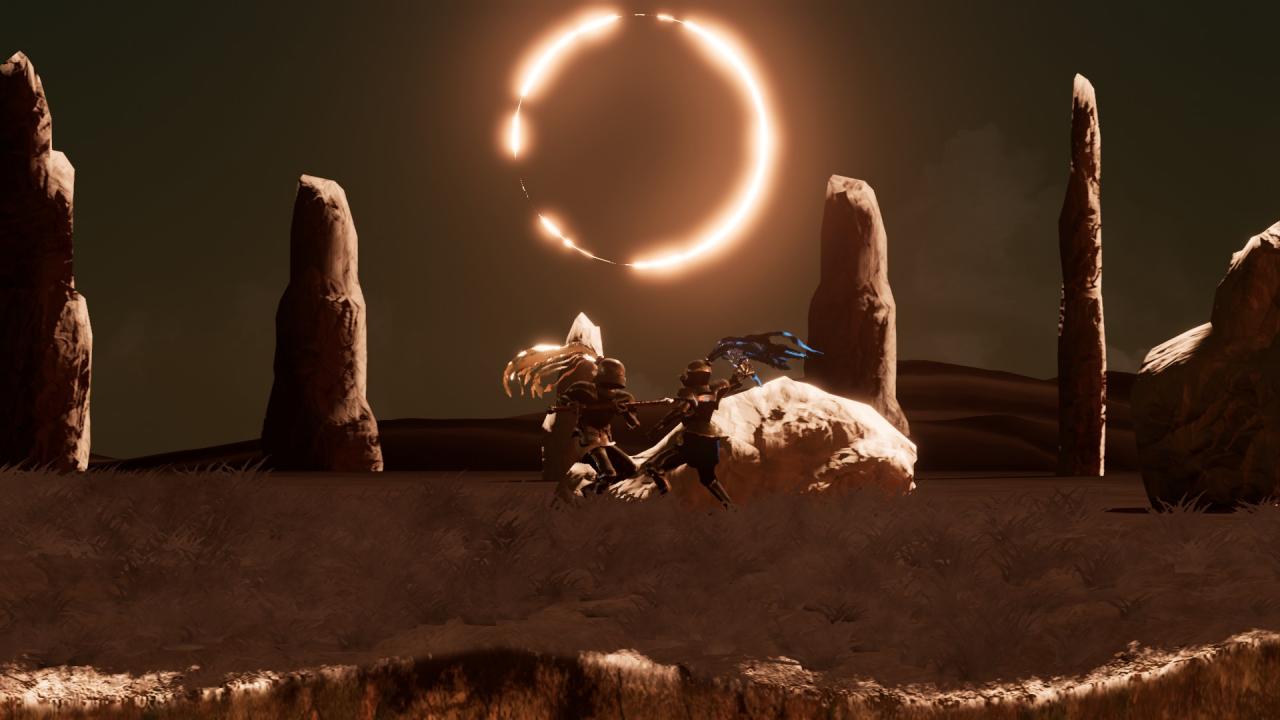 Timing your shove is vital. If done incorrectly, you will miss, leaving yourself open to attack. A.I. can also block your shove, as seen when they put their arms up in a defensive, shove-like stance in close quarters. The best time to go for a shove is when your opponent begins a swing, leaving their face open (as shown in the screenshot above.) By stepping in and pressing your shove key, you disrupt your enemy’s momentum, pushing them back and opening them up. 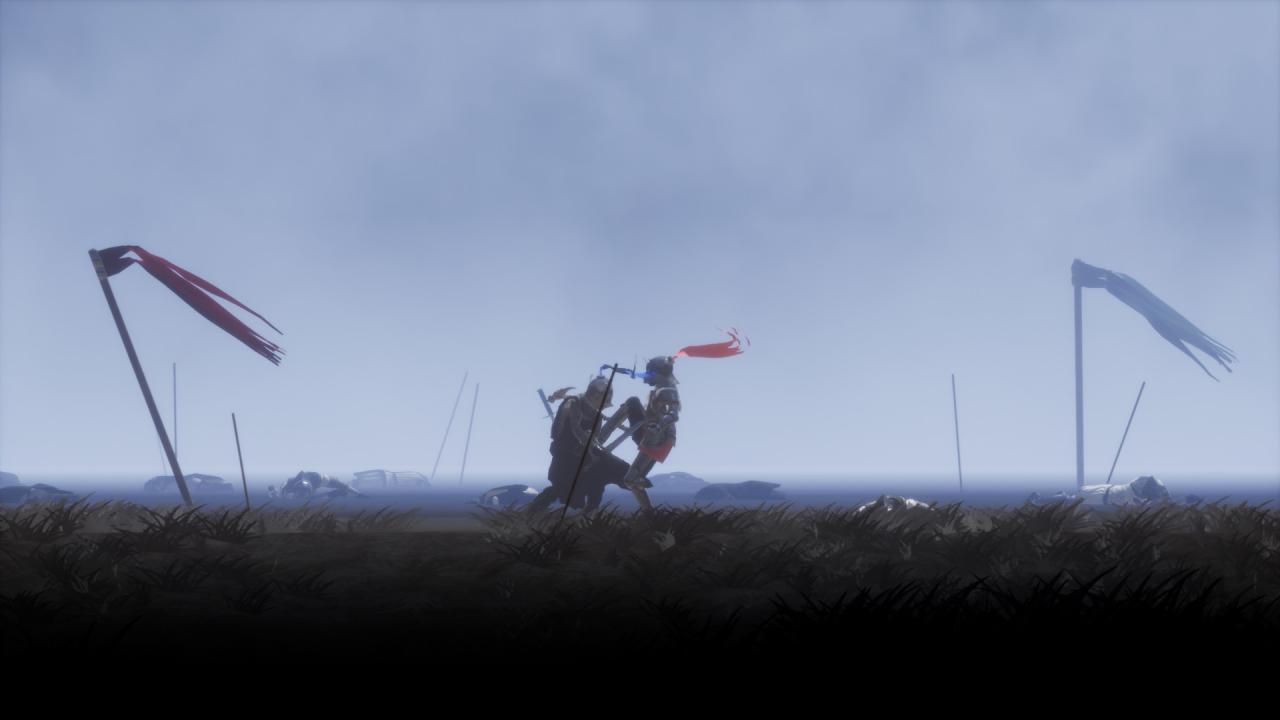 Kicking is initiated when pressing the shove key while in the “downwards” stance. Kicking functions the same way a shove does, stunning the enemy and pushing them back. However, kicking does have a slightly longer range, but a significantly longer windup time. If shoved while in the process of delivering a kick, your knight will get knocked to the ground, leaving you vulnerable to attack.

Kicking does have a longer range than a normal shove, but comes at the cost of lower speed and stability.

“Dodging”
How To Dodge 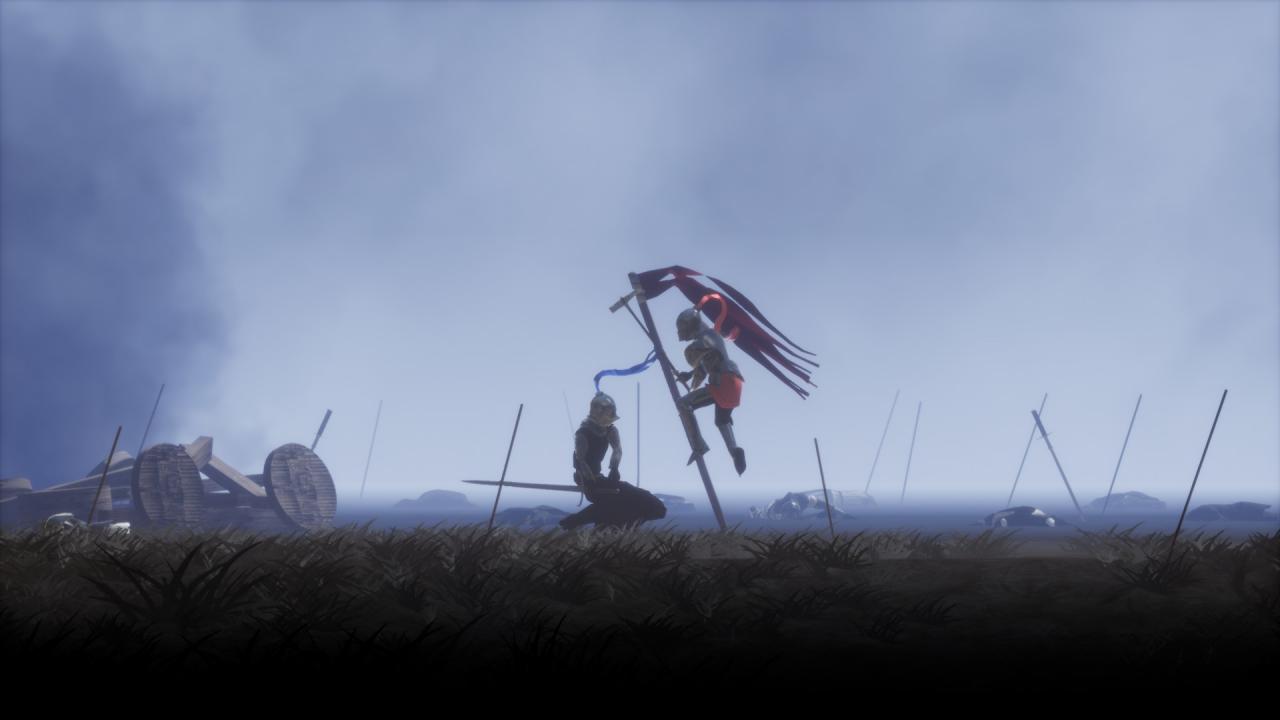 Dodging is not a skill/movement taught within the game. However, in my experience of beating the campaign, I find it useful when you are weakened and can’t block/parry an attack.

To dodge, when an enemy begins their swing, you’ll have to jump backwards (on keyboard, pressing space while holding W+A or D.) This allows you to nimbly hop out of reach, avoiding the opponents swing. Unfortunately, this isn’t 100% effective. If they enemy is smart enough and using a spear, they can still reach you while advancing forward with an upward thrust.