Gunfire Reborn: How to Beat the First Boss

Lu Wu is the first BOSS in this game, and many new players will find it is very difficult to be defeated because they are not familiar with its attack. Today we will give you guys useful strategy against Lu Wu.
Attack Mode
Lu Wu has 4 main attacks: Laser cannon, Leap attack, pound and stone.
Laser cannon: Raise the hand and shoot a few shells with the laser cannon. Shells are very fast, so you need to evade as soon as Lu Wu raises its hand. You can stay behind the pillar to evade this attack.
Leap attack: Lu Wu will jump over players and punch them. Players can move horizontally with dash when Lu Wu crouches and is about to jump.
Pound: Lu Wu will come close to players and slam the ground. In this case, you just try to stay away from it.
Stone: You will see a red circle on the ground before Lu Wu throw stones to you. You can get out of the red circle quickly by move horizontally with dash at this time. You can also evade this attack by standing right behind the pillar. BTW, the pillar will collapse if it block certain amounts of stones.
The key to evade Lu Wu’s attack is to use dash at the right time. If you are familiar with his attack mode, you can easily defeat it.

Lu Wu will jump over the mountain and recharge the shield after it takes some damage. At this time, some horned beetles and bombers (more in multiplayer mode) will disturb you. You can get ammo supply by killing them. However, be careful that killed bombers will explode and that exploding area will deal persistent damage. I will suggest at least two players go to clear these normal enemies in the battle.

Lu Wu will be more aggressive when its HP falls to certain degree. It will frequently use laser cannon, leap attack, stone and so on. If you don’t have the Occult Scroll which can reduce the cooldown time of dash, you’d better go around the pillar to evade its attack. 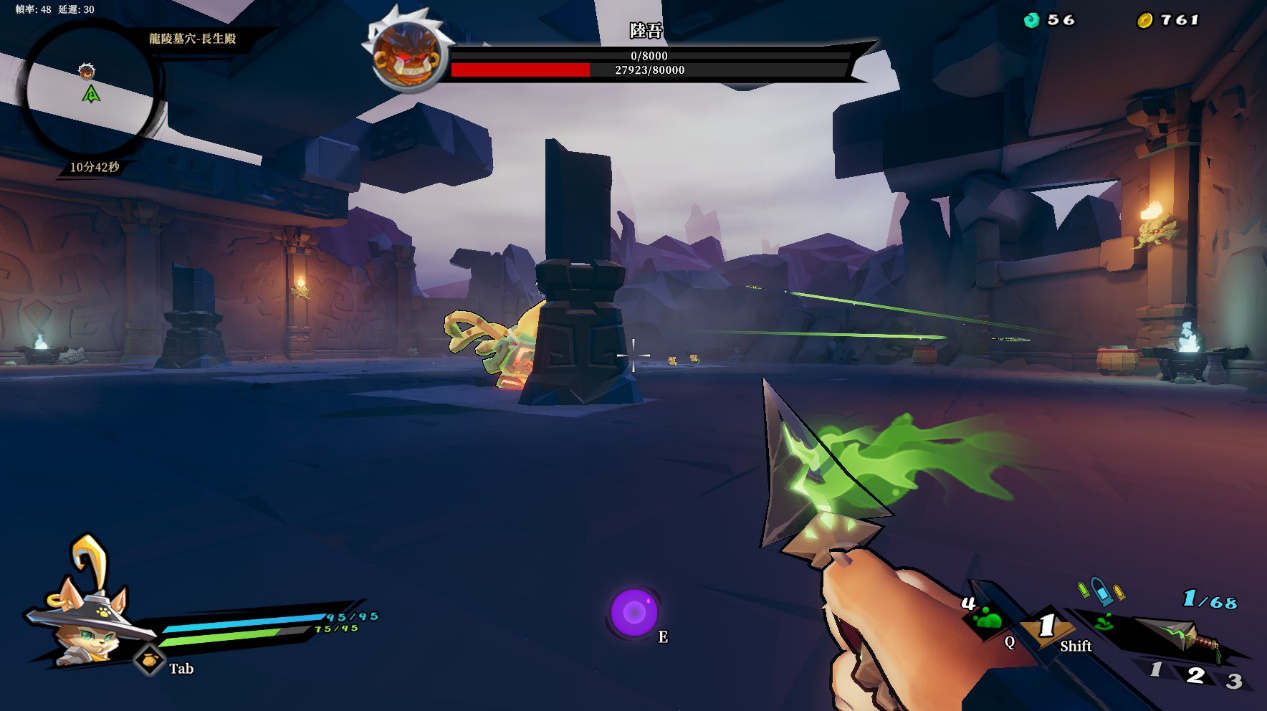 Weapon Choice
1. In solo game, Lu Wu has 8000 shield and will recharge it many times. Player should have at least one weapon that can deal lightning damage to break the shield quickly. 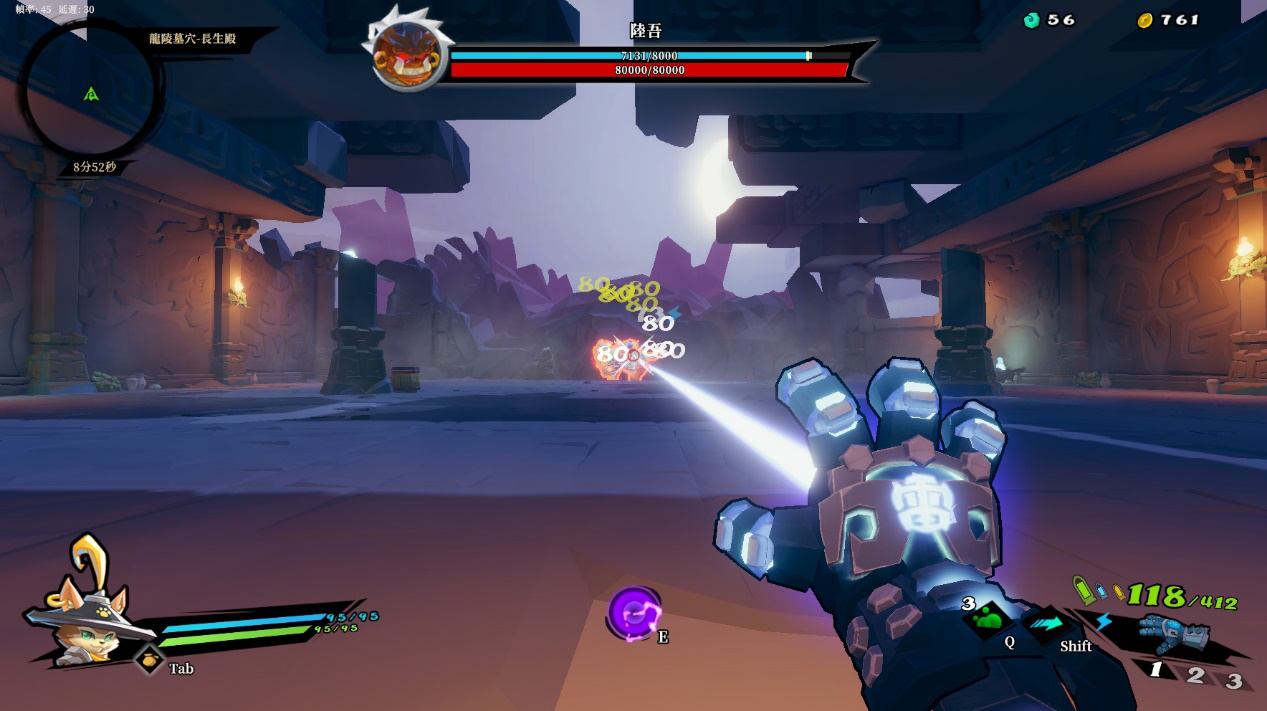 2. Since you need to be agile to avoid Lu Wu’s attack, I will recommend you to carry a light weapon to run and attack. If you have confidence, you can also switch to default weapon when you evade.
3. The best defense is offense. The shorter time you spend to defeat the Boss, the less mistakes you will make. Speaking about how to deal more damage, you can read our strategy about Hero BUILD.
By LLLzzh