While HAAK is currently an Early Access title and undoubtedly many things will change before release, I had such a blast playing it that I decided to add to my growing collection of metroidvania titles mapped for Steam guides.

A Note on Early Access
These maps were created using the December 2020 “CHAPTER FIVE: BREWERY” version of the game.

Some locations marked were glitched into. Some items remain inaccessible. These are not 100% maps at all.

Everything is subject to change.

Currency container amounts are probably wildly inaccurate and I’m honestly not sure why I decided to put numbers on.

Sanhe Ruins
The first area in the game, and one that you can’t go back to after you leave in the current (CHAPTER 5: BREWERY) version of the game. 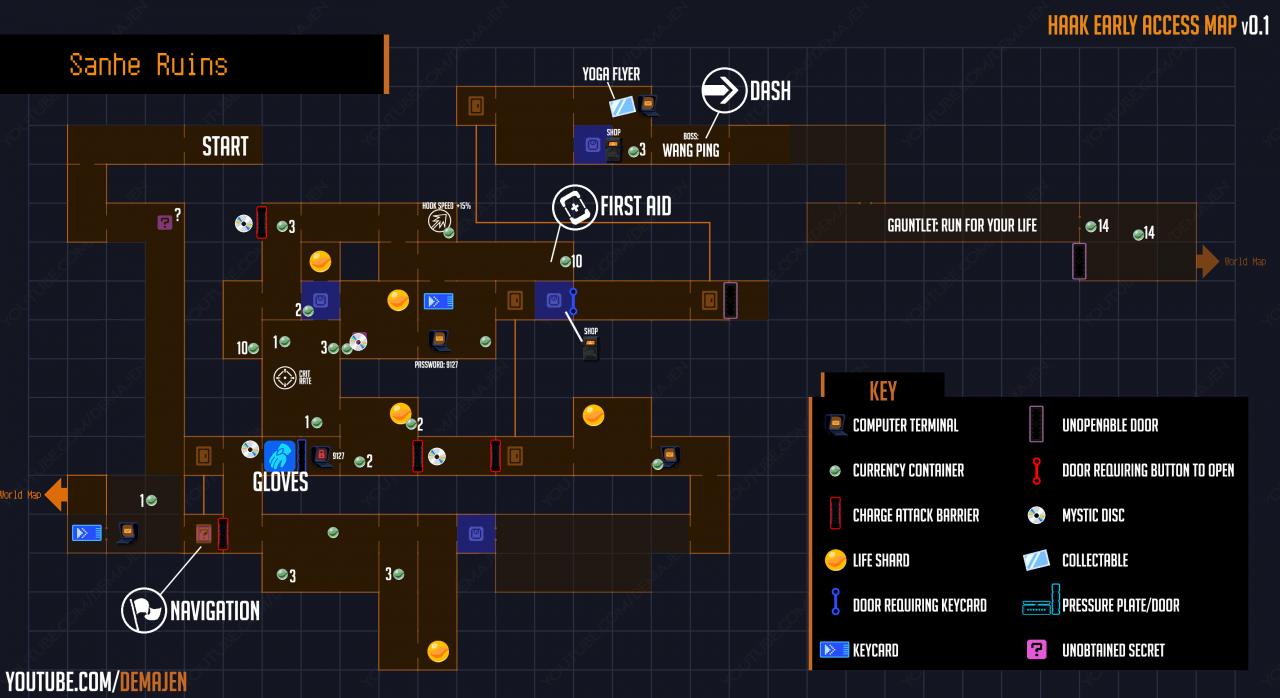 Neo Sanhe
There aren’t many places you can explore in this area yet. A lot of it is blocked off or inaccessible without powers/abilities we do not possess. 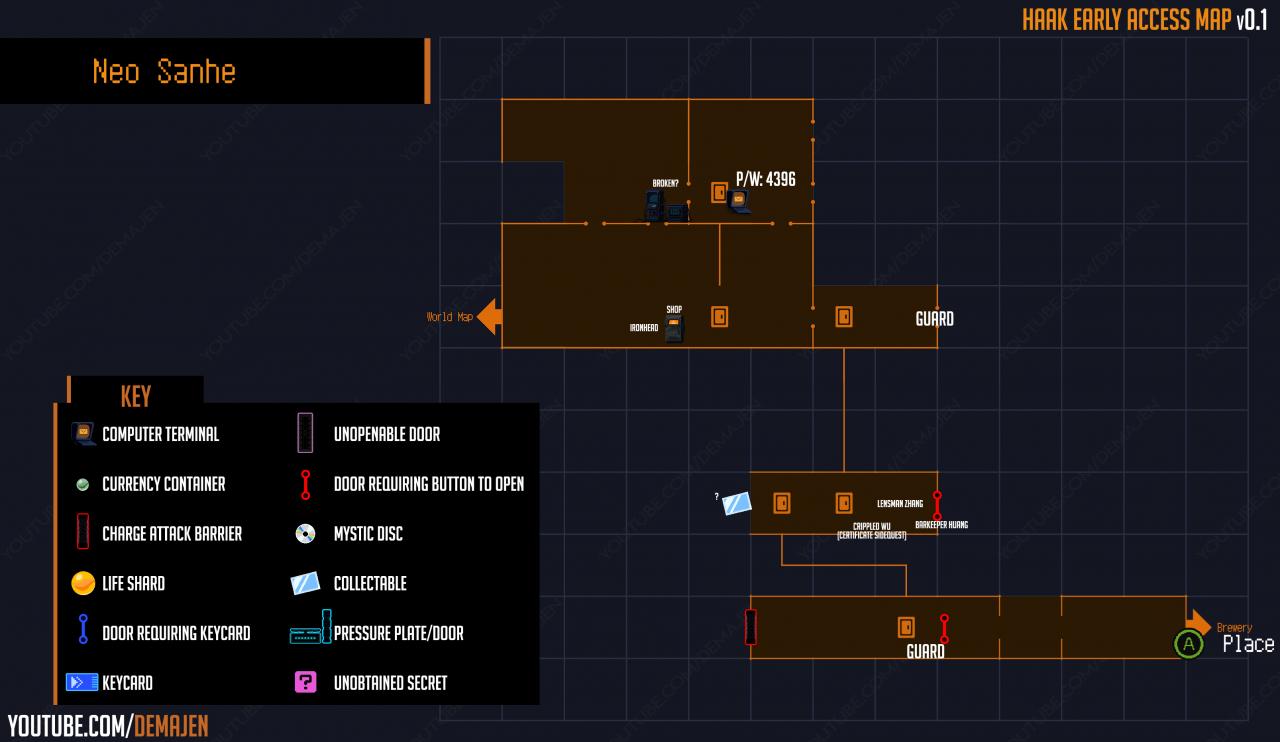 North Station
Probably the biggest and most “complete” area of the map in the game right now. There’s even an achievement for spending over 2 hours here. 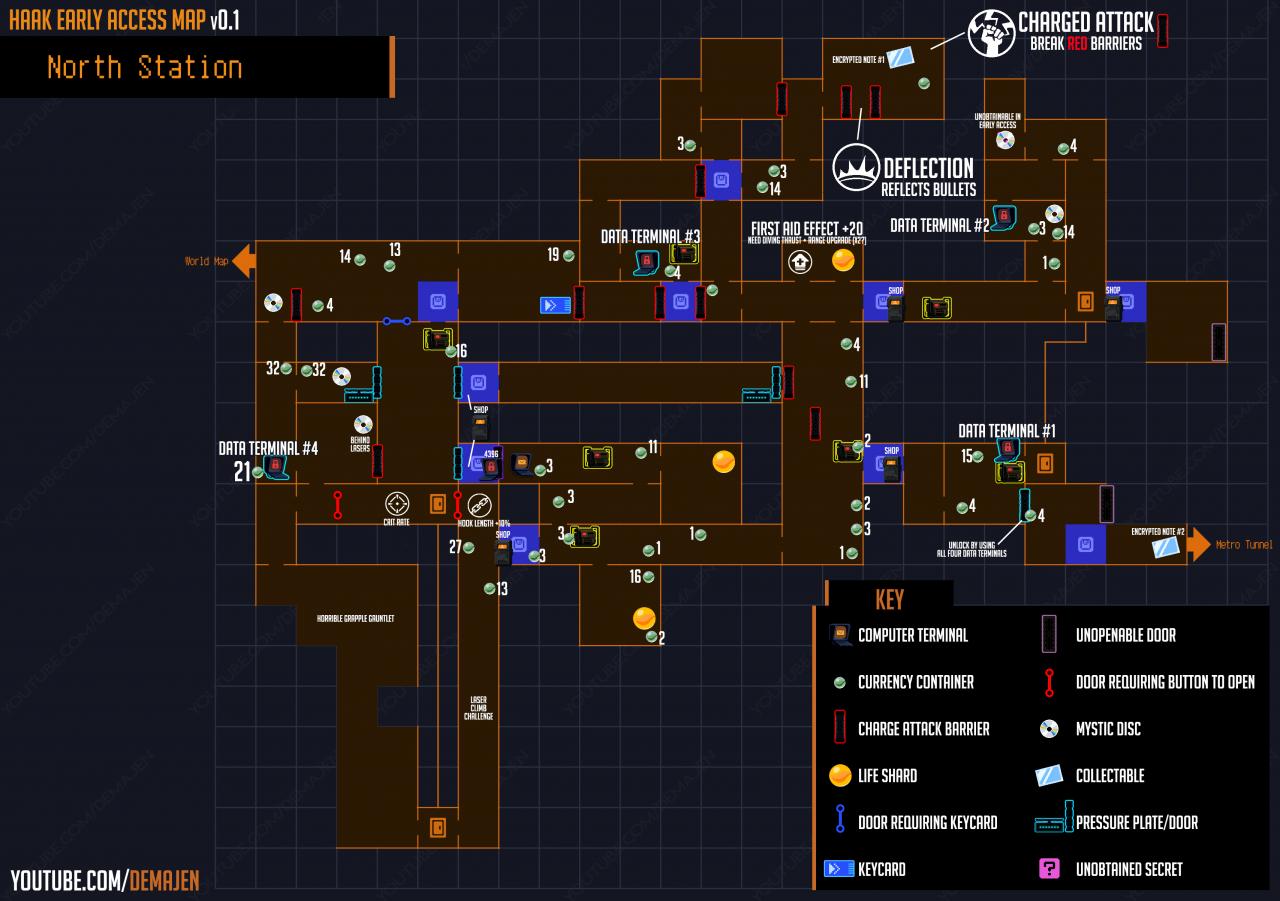 Metro Tunnel
Widest and most bare of all the maps in the game so far, much of this area is one long, rather-exhilarating chase sequence that I rather enjoyed.

Peoples’ Square
As is often the case with metroidvanias, the later areas get messier and messier in terms of the volume of things to find. Peoples’ Square is no exception. I’ll work on a way of cleaning this up. 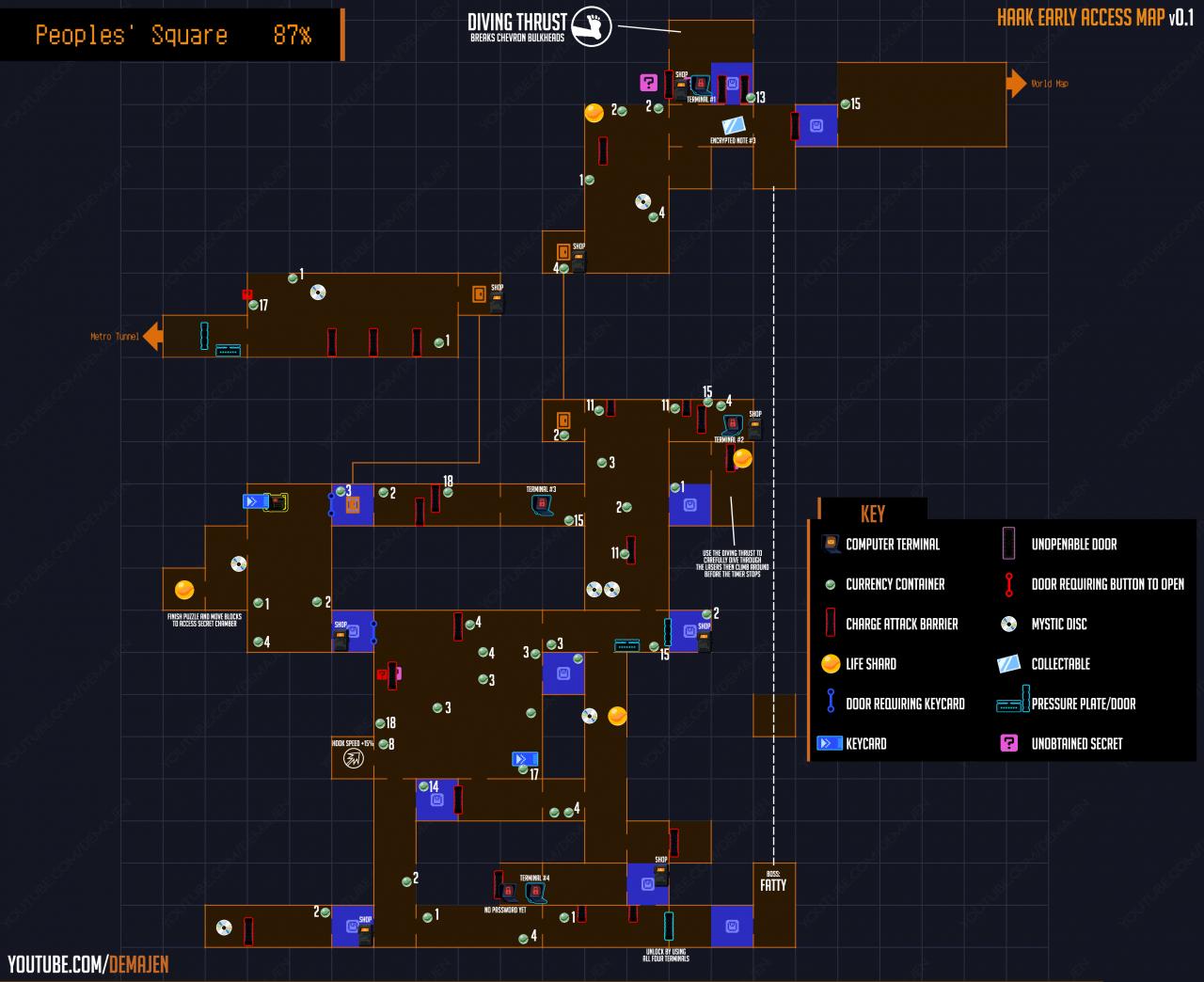 Brewery
The newest location added into the game is also one of the most complicated and puzzle-heavy so far. 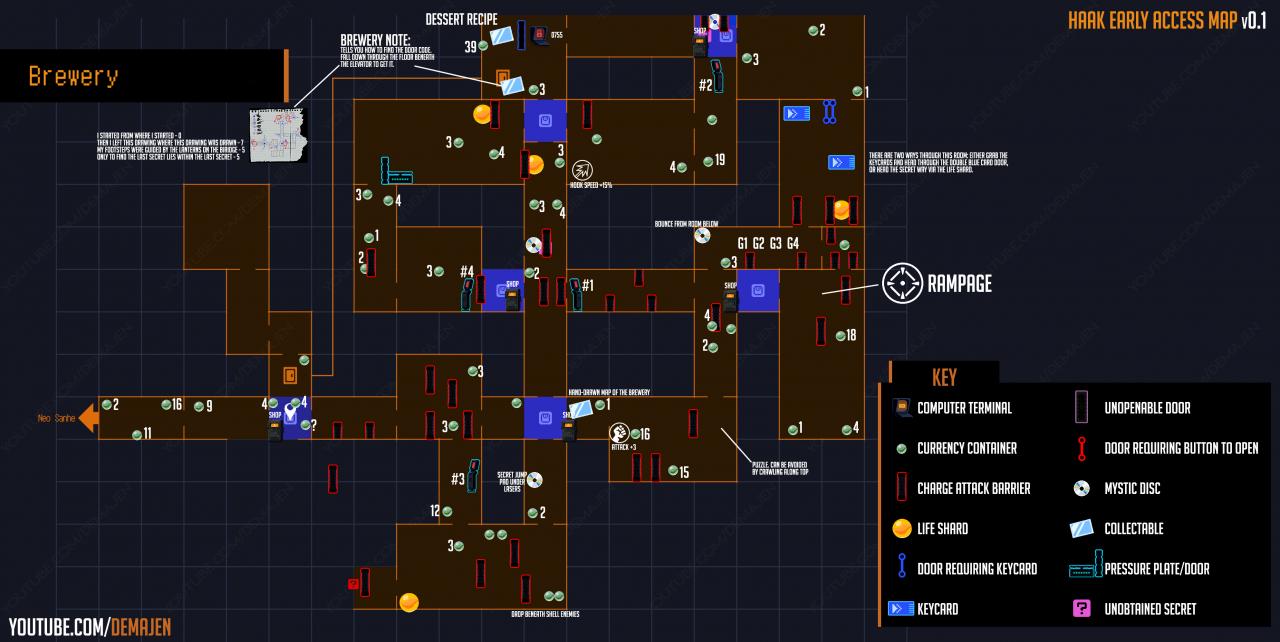