For players that are wondering what to do at the start of the game and how some things work. Bare bones guide.

Tips
When you first load in, put a weapon in the firearm inventory slot and go exploring. Loot and explore, kill zombies and enjoy the varied world. It is a good idea to get a camp set up early so you can repair, craft and heal. Once placed, the camp’s inventory, called Reserves, is the place to store all your loot.

The first map, Beginning, will offer very little threat as you are almost indestructible. The second map, New Start, is when you get a taste of the task of surviving in Heavenworld. It isn’t just a zombie shooting party.

The in-game Help menu isn’t specific in what actions to take or strategy to follow, but is a general guide to many of the game’s features.

When exploring the world you will see bright green objects standing out from the rest of the world. These are lootable objects. For a hardcore survival experience this bright green effect can be switched off in settings. Make sure to have your character standing next to, and looking at the object before pressing <F> to access the inventory. If you leave loot in the inventory the object remains bright green. Use the inventory arrow buttons to swap items back and forth between the lootable inventory and your own. To drop items from your inventory, press the button that is a circle with a diagonal line through it. 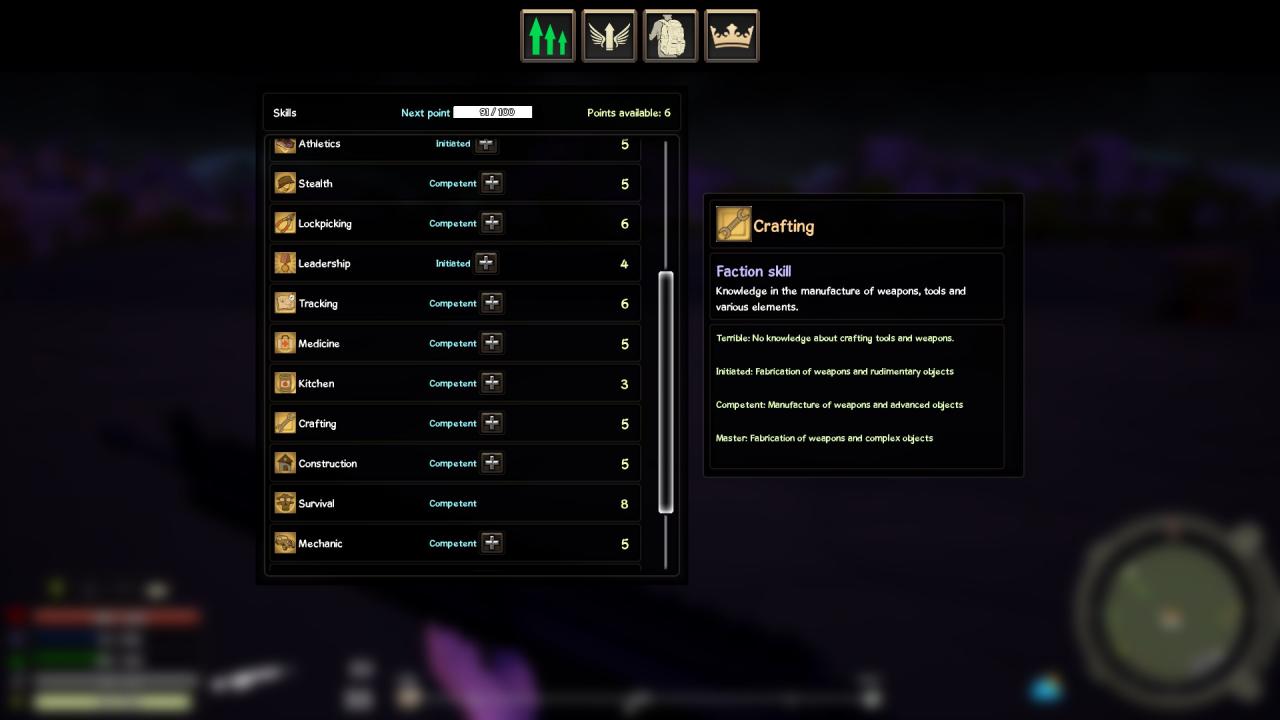 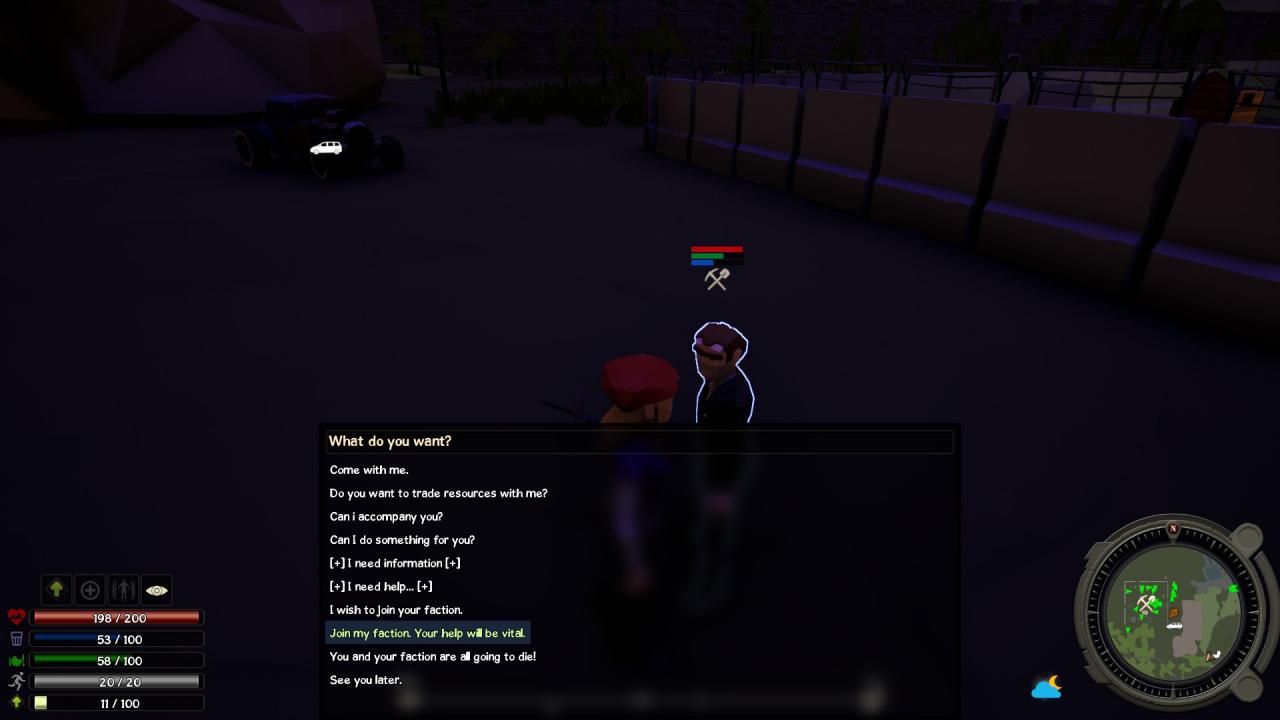 NPC’s can be recruited by talking to them and simply asking. Your skills affect the chance of recruiting. When you have a companion(s) they will be in your squad and follow you around including in vehicles unless you talk to them and tell them to “continue alone”. Whether your companion is in your squad or just in your faction, they can be given instructions to make themselves useful.

Important basic loot to collect for construction
Debris (converts in differing ratios to most of the parts below)
Nails
Wire
Canvas
Cloth
Planks of Wood
Steel
Sheet Metal
Small Batteries (Makes Battery)
Electronic Parts
Bricks
Pieces of Metal
Gun Powder (Makes Ammo)
Purpose of this Guide
This game deserves a better guide than this. I rate this game as quality and although I’m no modder and this is my first Steam Guide, I’m showing my support for a unique game that I hope becomes more popular.

I hope this guide helps some people to decide to buy the game, knowing they will get support from the community here on Steam or on the developer’s Discord (Helios Production – link in Steam Discussions).

I will update this guide for a while, but as soon as a proper guide is posted this one will probably disappear.

Apologies for any errors you may find.