How To Play Anthem Before It Launches, VIP Demo, Early Access And Play First Trial 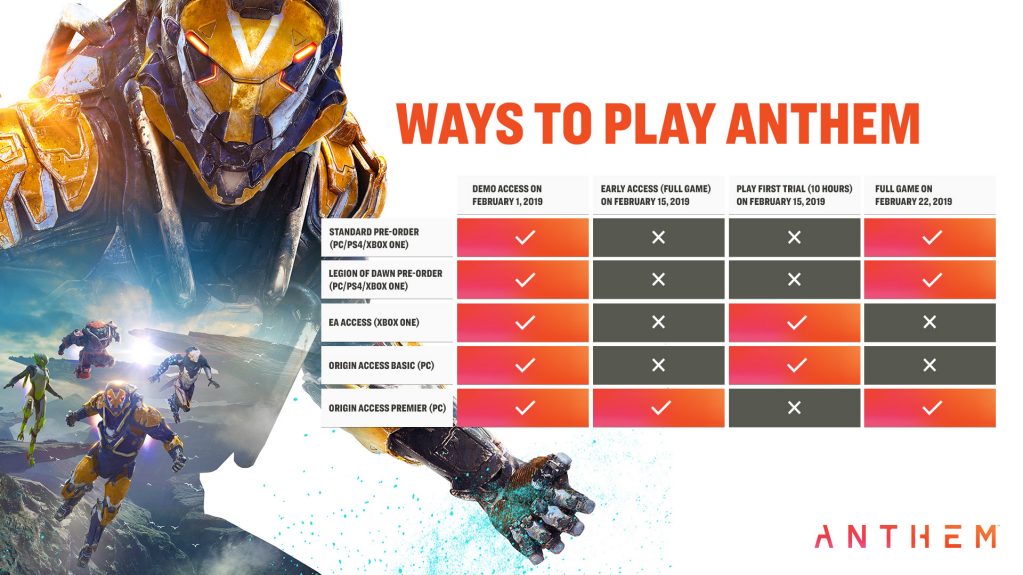 The VIP demo kicks off on February 1, 2019 and is open to players who’ve pre-ordered Anthem* as well as current EA Access and Origin Access subscribers**. Both Standard and Legion of Dawn pre-orders receive access to the demo. EA Access and Origin Access members need to have an active subscription at the time of the demo (February 1, 2019) to get access.

EA Access (for Xbox One) and Origin Access Basic (for PC) members will get to play 10 hours of Anthem as part of the Play First Trial starting on February 15, 2019**. Progress made in the game during the free trial will carry over to the full game if purchased with your 10% member discount or if you become Origin Access Premier member.

A complete guide with all the profile data and the answers for the various questions for all the girls in the...

Tower and Sword of Succubus Walkthrough

This guide has been made for the purpose of aiding those who are stuck or missing gallery elements, but will not display any of the game...

This guide will cover the very basics and essentials of KekBox Fort Fights without being too detailed.   Basics Press F1...

Long Live The Queen: How To Get “To Serve Evil” And More