Into the Breach: How to Unlock All Squads/Pilots & Changing Pilot Skills

A explained way to edit into the profile.iua file inside your profile folder.

and open the folder with your profile name (if you want to rename your profile this is a good time, just rename the folder), inside it you need to open profile.lua (preferably with Notepad++).

Now this is really easy you just need to change one line on the file.
Search for [“squads”] and change it to look like this:
Each true means a new squad unlocked in the following order: (Rift Walkers, Rusting Hulks, Zenight Guard, Blitzkrieg, Steel Judoka, Flame Behemoths, Frozen Titans, Hazardous Mechs, Bombermechs, Arachnophiles, Mist Eaters, Heat Sinkers, Cataclysm).
This will give you the achivement “Metagame” and will also unlock the Random Squad, Custom Squad and Secret Squad.

This is a bit more harder since you need to name each pilot you are unlocking but just find [“pilots”] and change it to this:

Now you need to edit [“pilot”] wich have a few more things to look at.

[“id”] = “Pilot_Chemical”
You need to change this in order to choose a different pilot, this can be done in the game first and then edit the file but if you want to keep the rest of the stats intact do it this way.

[“name”] = “Morgan Lejeune”
[“name_id”] = “Pilot_Chemical_Name”
[“renamed”] = true
This doenst really matter, its about if you changed the name of the pilot or not… if you want to rename it just do it in game.

[“skill1”] = 4
[“skill2”] = 5
Here is the core of the deal, now you need to change those numbers for the ones acording to the skill you really want here is meaning of the numbers:

[“travel”] = 5
[“final”] = 1
Changing “travel” changes the times you used the same pilot in previous runs, “final” changes the times that pilot reached the final battle of the run. Im not sure if this can help to unlock the achivement “I’m getting too old for this” for its worth the try if you are looking for that.

[“starting”] = true
[“last_end”] = 1
Im not completly sure what this two means… just leave them that way, maybe I test what it does in a future.

For example if I want to have Morgan Lejeune with Opener and Finisher Skills I need to have this way: 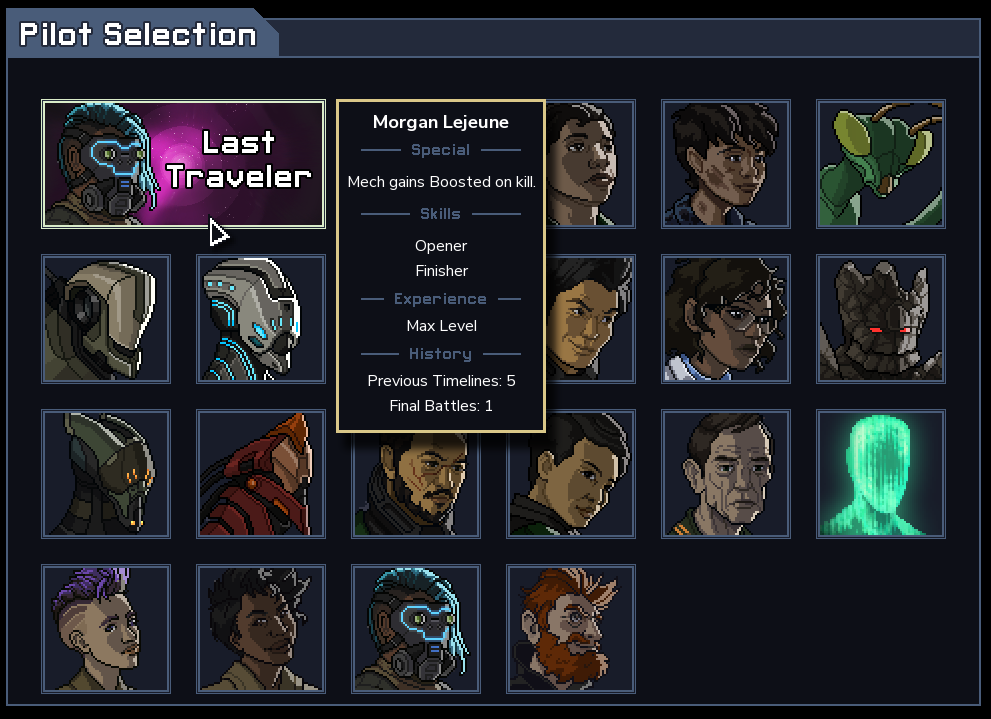 Its recommended to back up the entire folder (just in case).
Just be careful editing the SaveFile or you will mess up your progress, use this at your own risk.
And if you wanted to experience the game as it was intended obviously dont do this.

Thanks to Rivey for his great guide, all credit to his effort. you can also read the original guide from Steam Community. enjoy the game.

Outcore: How to Reset the Game (Deleting the Save)

Instructions for deleting the save and resetting your game.   Outcore Save Location The save file for Outcore is save.me. It is...

Here is a method created by Clowns to solve the ghosting and motion blur issue in Session: Skate Sim. Note: This solution works for...

Already added your phone number and can't login? here is a method created by Brady to solve this problem. Note: this method works for...

Construction Simulator: How to Skip the Tutorial

If you're like me, who bought the game specifically for coop, and don't want to spend 3 hours on a dumb tutorial, follow these easy...