The best Weapons in Ironsight after the new Battle Pass Ultramarine. This guide represents my opinion but also certain trends in the game. 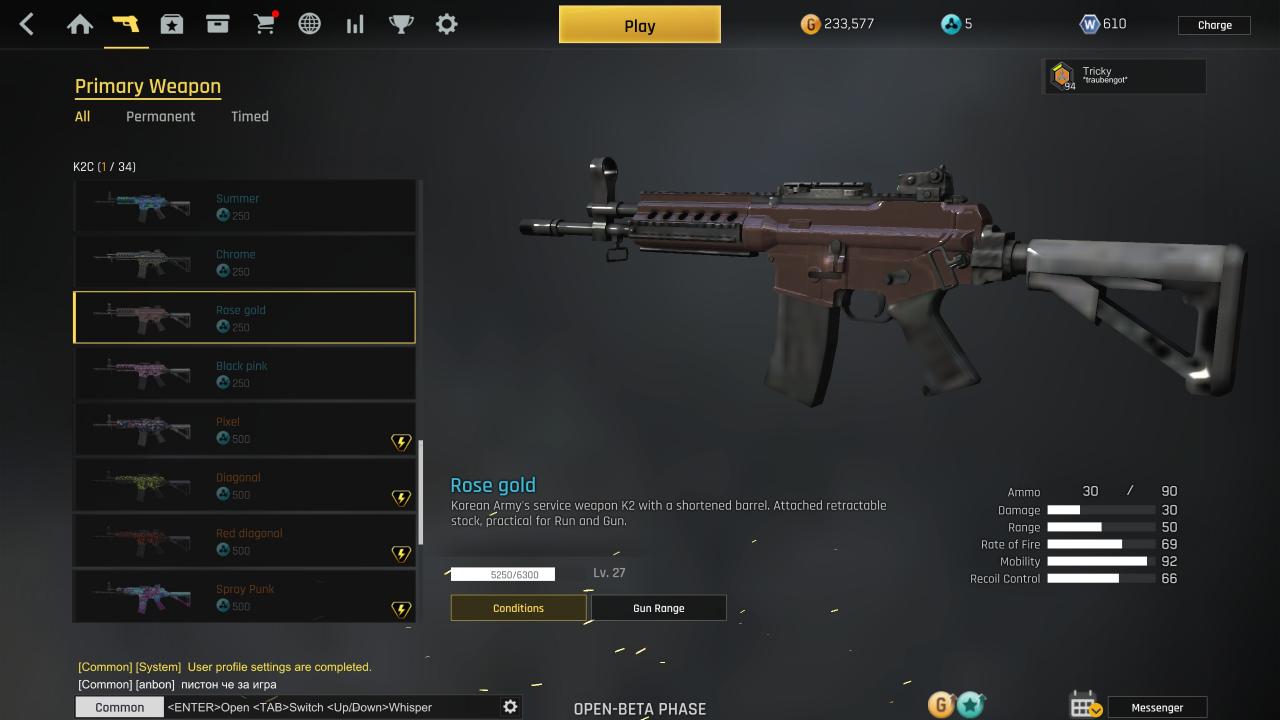 A few will be wondering why the standard weapon made it into this list, but I can tell you the K2C is not to be underestimated.
She is an absolute monster on close range and can also keep up well on midrange.

The reason why the K2C didn’t make it further than 5th place is because the recoil is not high but very random when he kicks. That sometimes makes it difficult to get people behind a headglitch.

As attachments, I personally prefer the precision barrel, because I fell like the weapon feels stronger, especially on range.

Besides, I would play a clear sight or quick shot sight on every weapon, because it makes it easier to kill people behind a headglitch. 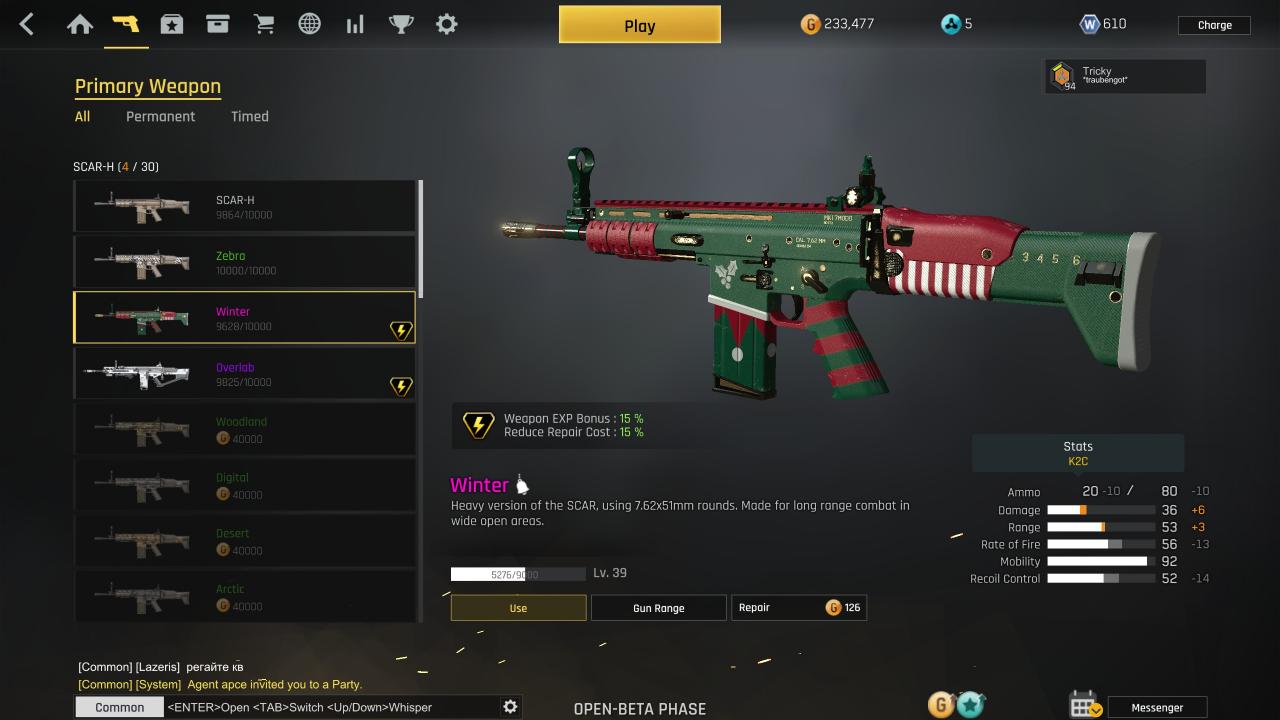 if you don’t know this weapon, even I can’t help anymore. The SCAR-H is the fully automatic AR with the most damage in the game. Thus a very strong AR with a slow rate of fire and a high headshot multiplier.

Unfortunately the SCAR-H has a high recoil, and because of the slow rate of fire, you often die in close range. That’s why she is on 4th place.

As attachments, I personally prefer the silencer 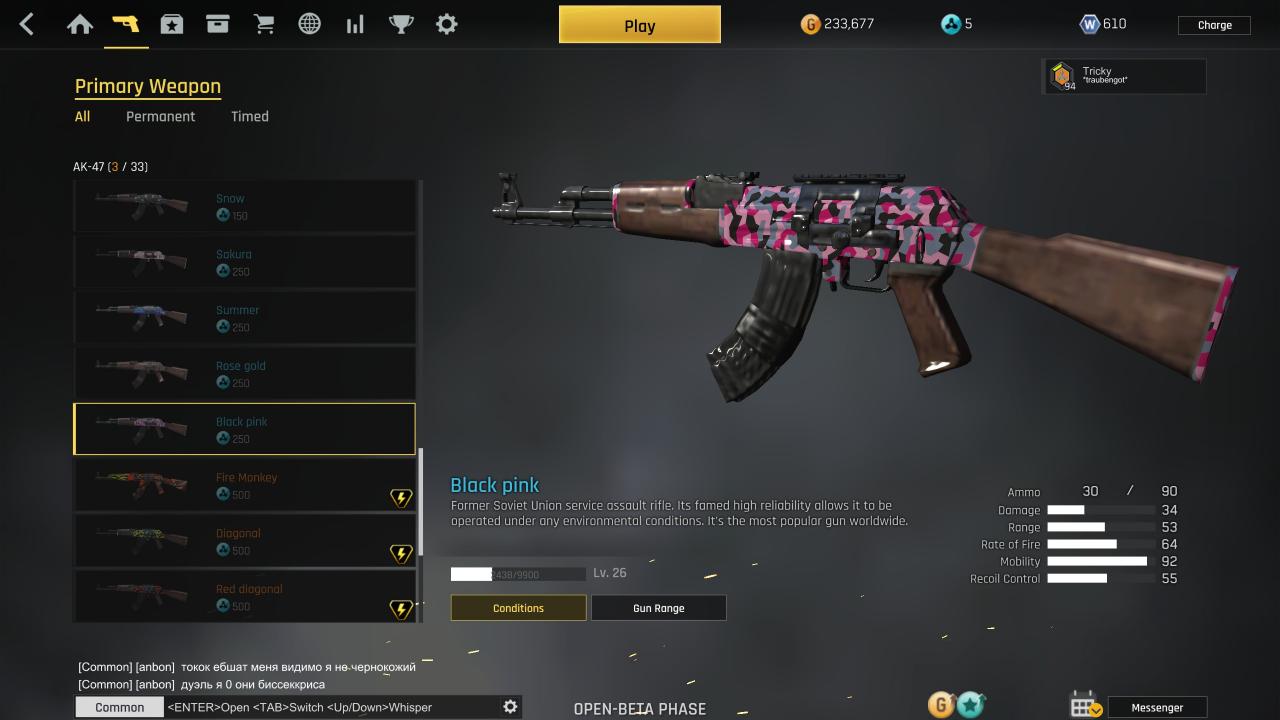 Who doesn’t know the AK-47? The AK-47 is one of the most iconic weapons of all time and one of the best weapons in the game. With only 2 less damage than the SCAR-H, she is also one of the weapons with a relatively high amount of damage.

2 other points that distinguish her from the SCAR-H are the recoil and the rate of fire. She shoots faster and has less recoil then the SCAR-H so it makes it easier to control the weapon.

But the recoil is still an topic, which is why she is on the third place.

I would recommend a silencer, compensator or muzzle brake as attachments. Depending on what you like better. 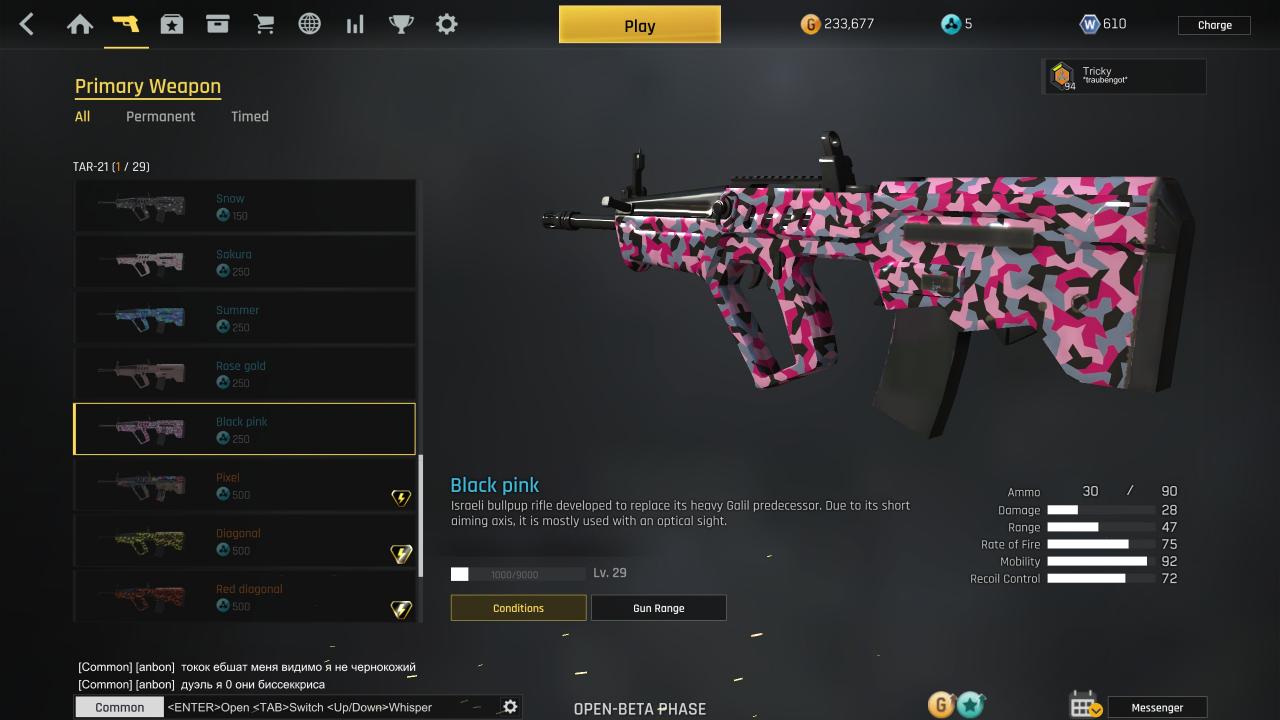 The TAR-21 is an absolute beast on close and mid range. Due to the low recoil you can even do something with her on long range. It is also very easy (if you have the aim) to kill people behind a headglitch because of the recoil.

M39 EMR and HK417 (only when u are good with recoil control and doing one taps and they were very strong in the past). 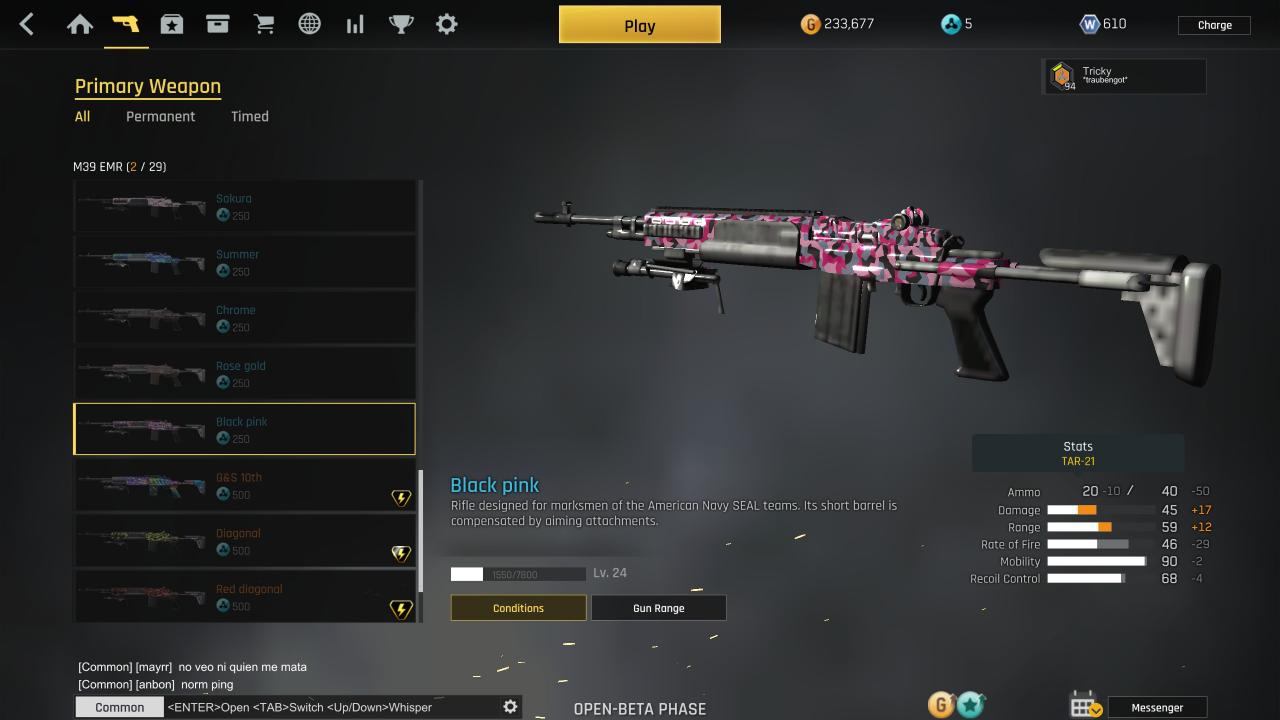 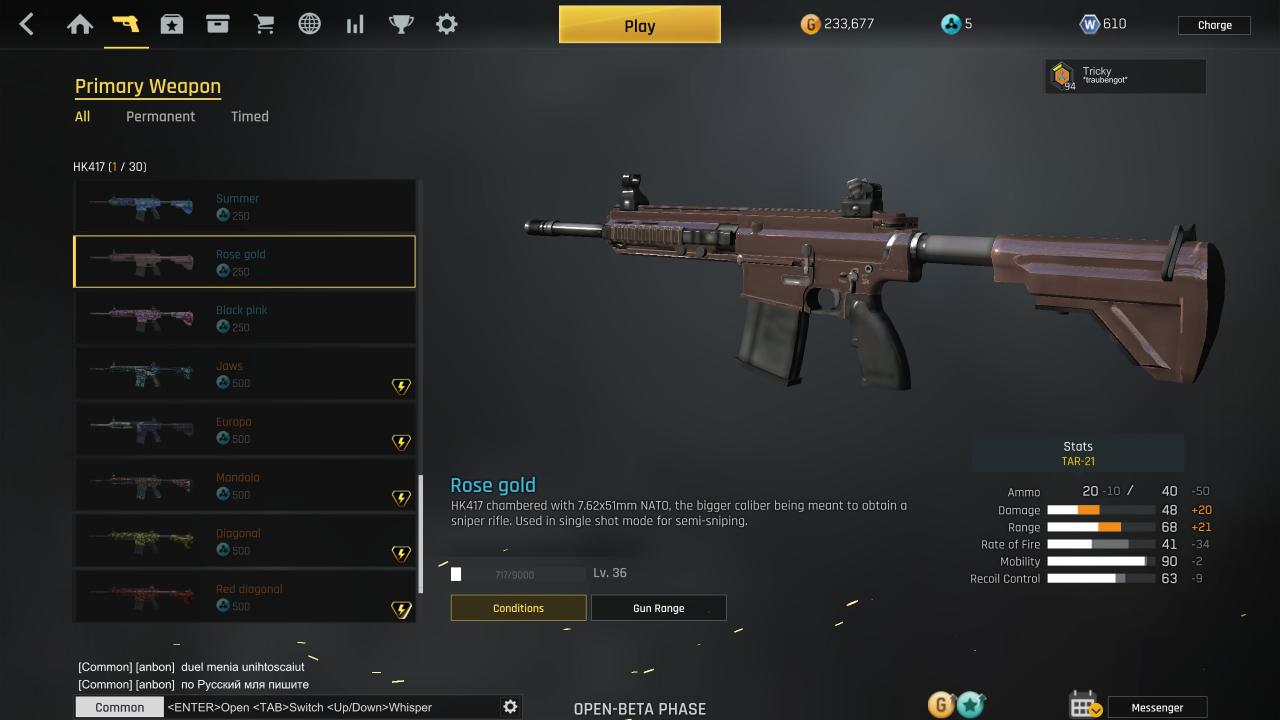 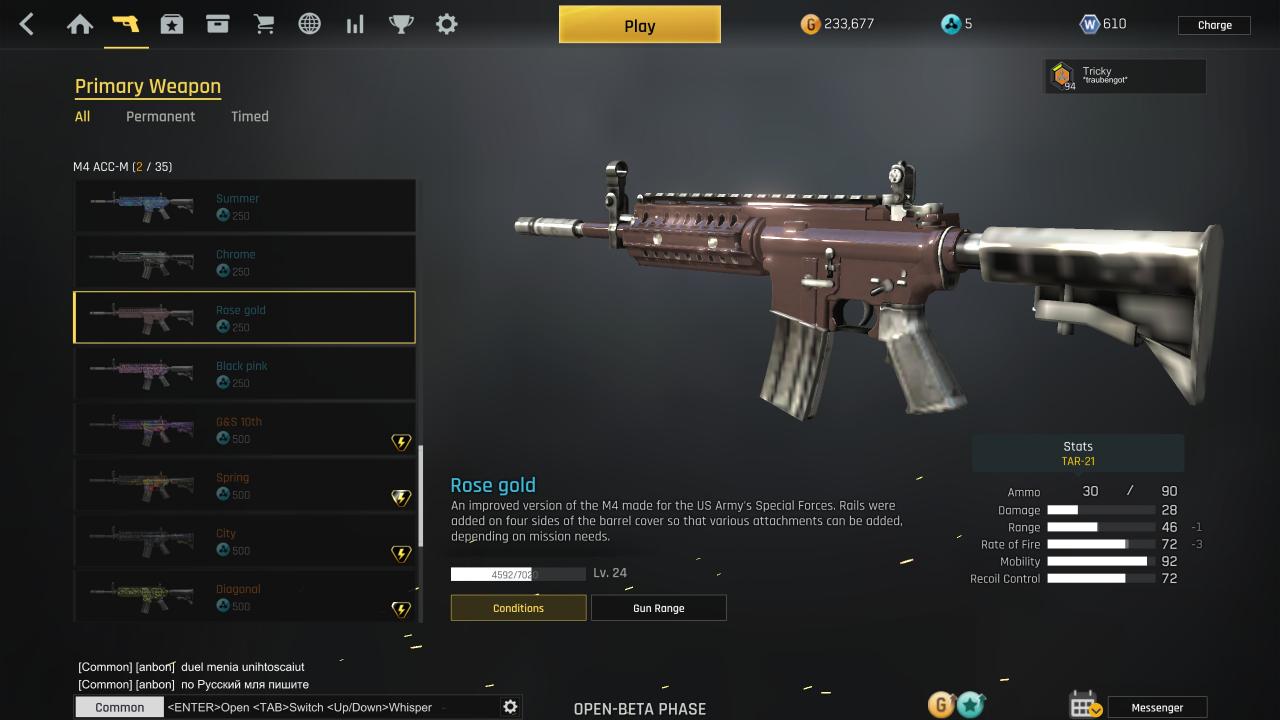 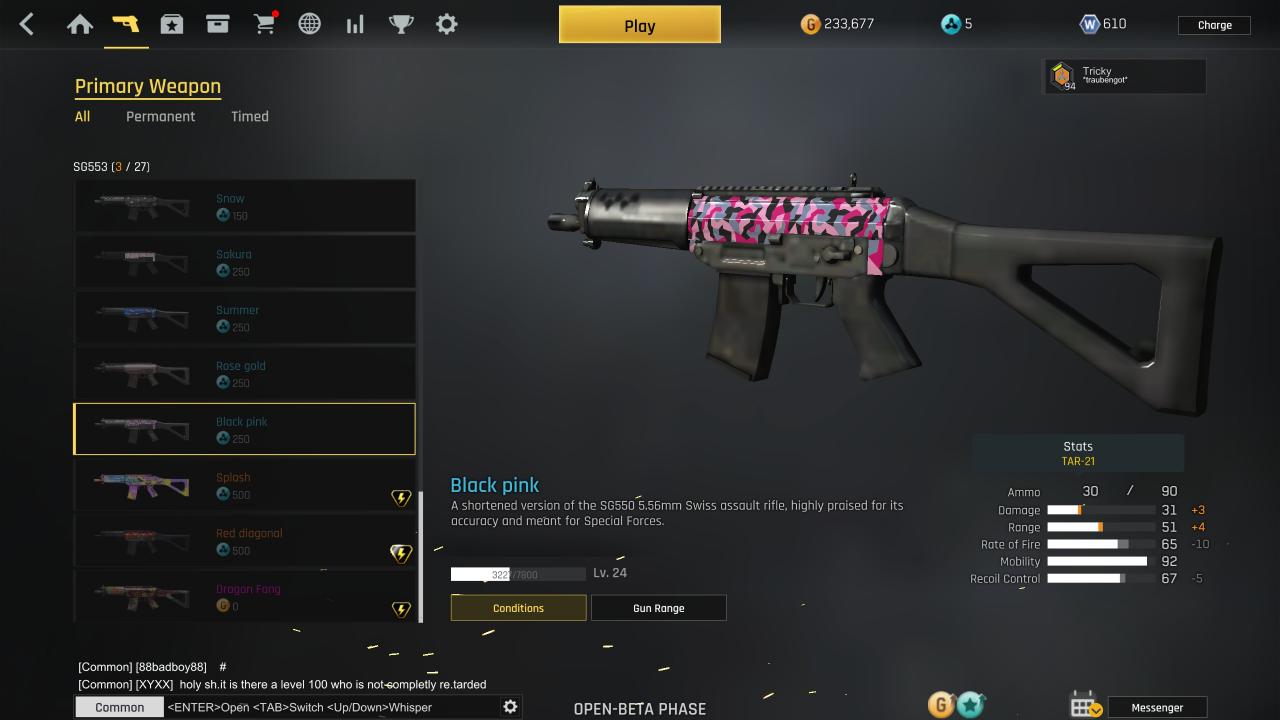 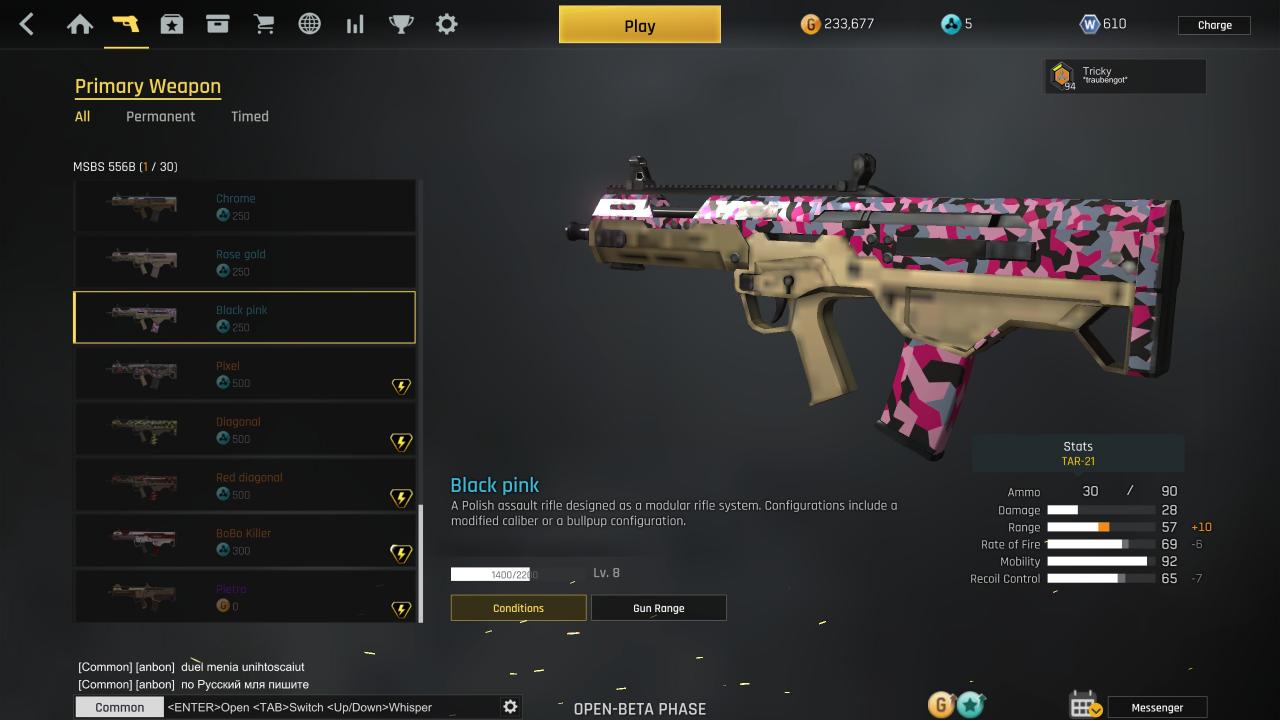 The OTs-14 was very good but since the last update she is not that good anymore. 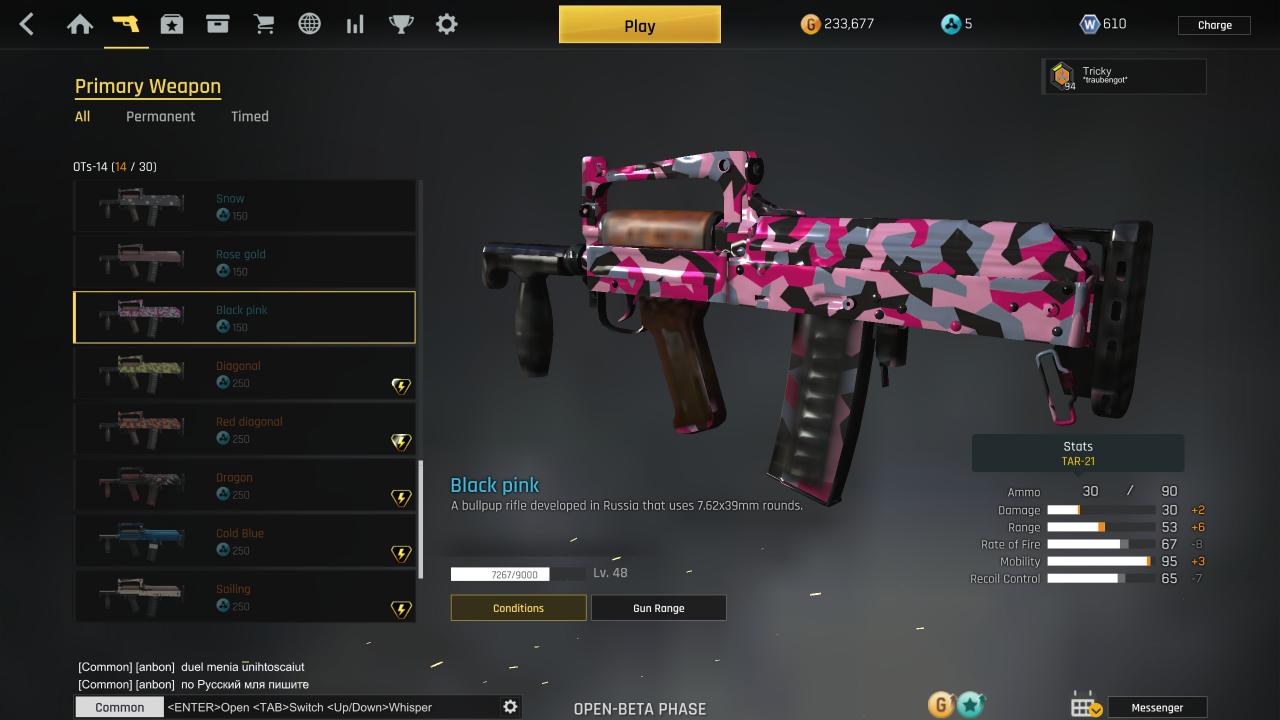 AUG A3 is still one of the best weapons in the game but she is losing nearly all fights against most other AR´s on close to mid range. 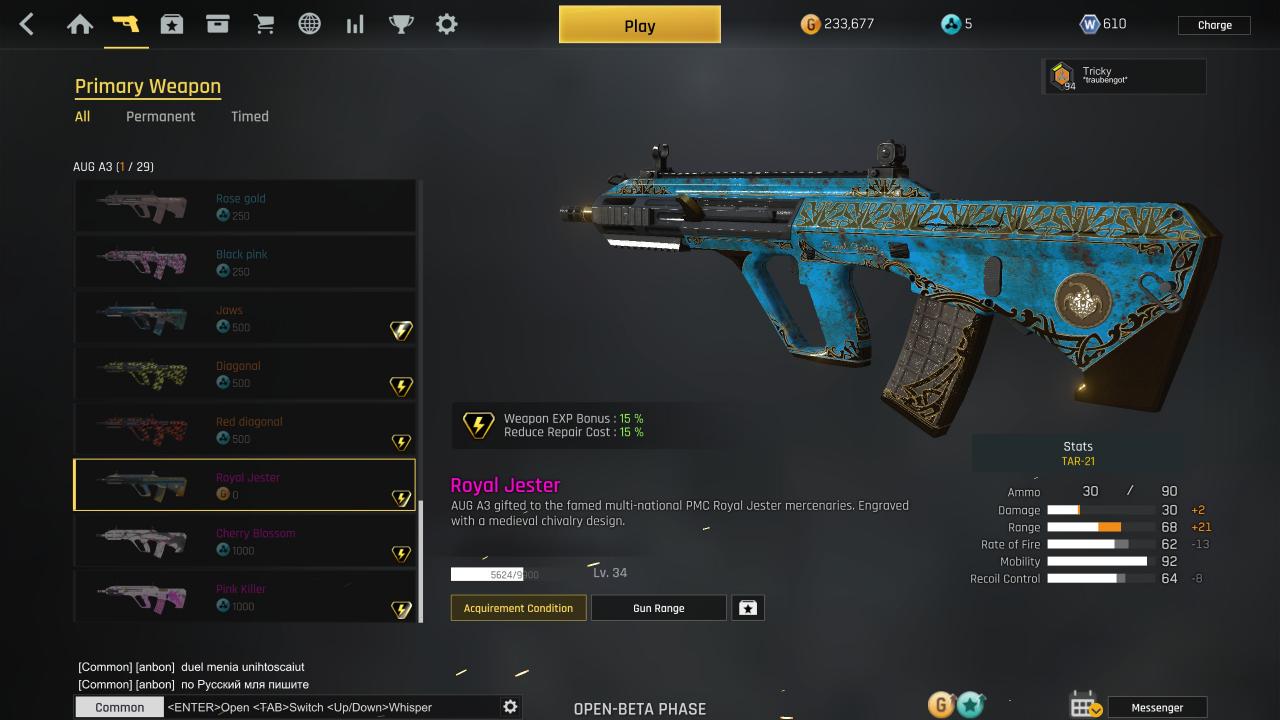 Before I come to first place, I would like to say that you can perform very well with all weapons if you are good enough and in the end it’s all a matter of personal taste anyway (except with M16 because she is garbage at the moment)[/u] 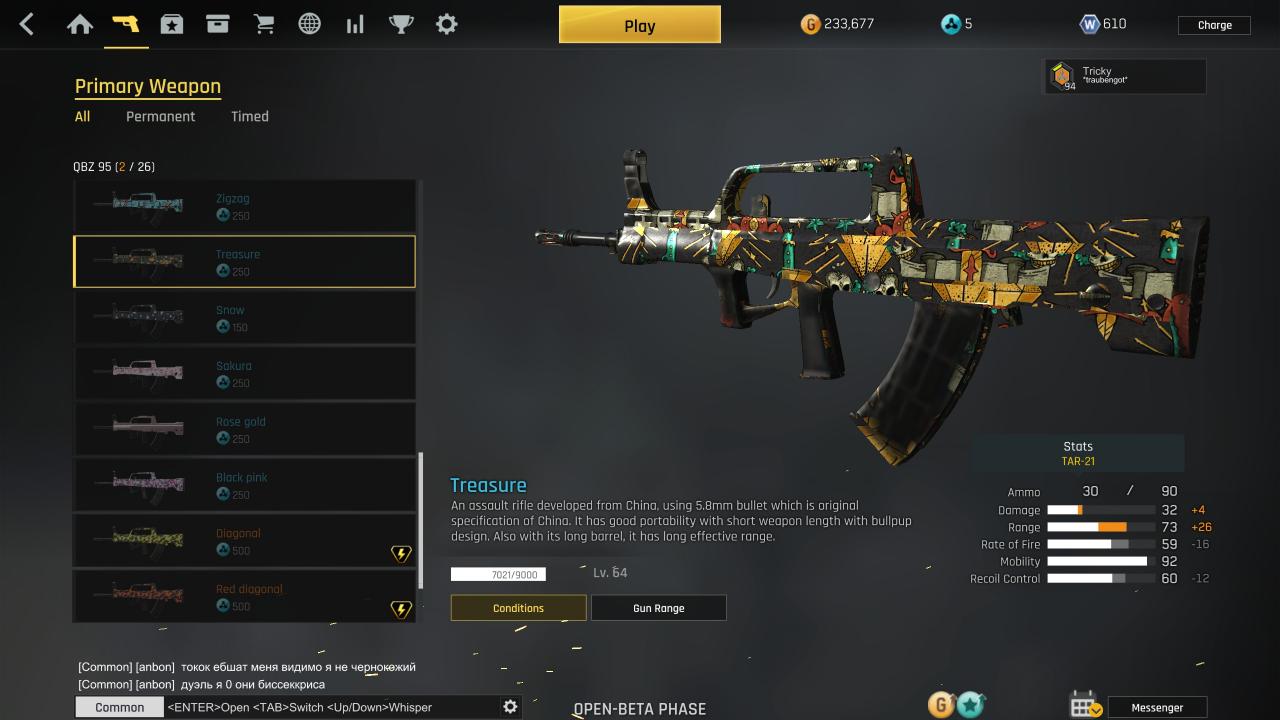 The QBZ is in my opinion the best weapon in the game, because the headshot multiplier is very high (kill´s with 2 shots on close and mid range), it kills any other AR on mid and long range (if you hit) and she is also very solid on close range, and above all she is very constant and the range of her is incredible. The recoil is medium high but easy to control.

For the attachments go for silencer, compensator or muzzle brake.

Here i can only say that the DSR-1 (most used) is the bolt SR which makes the fewest hit markers so i would go for her, but every other one is playable to if u aim for the chest. 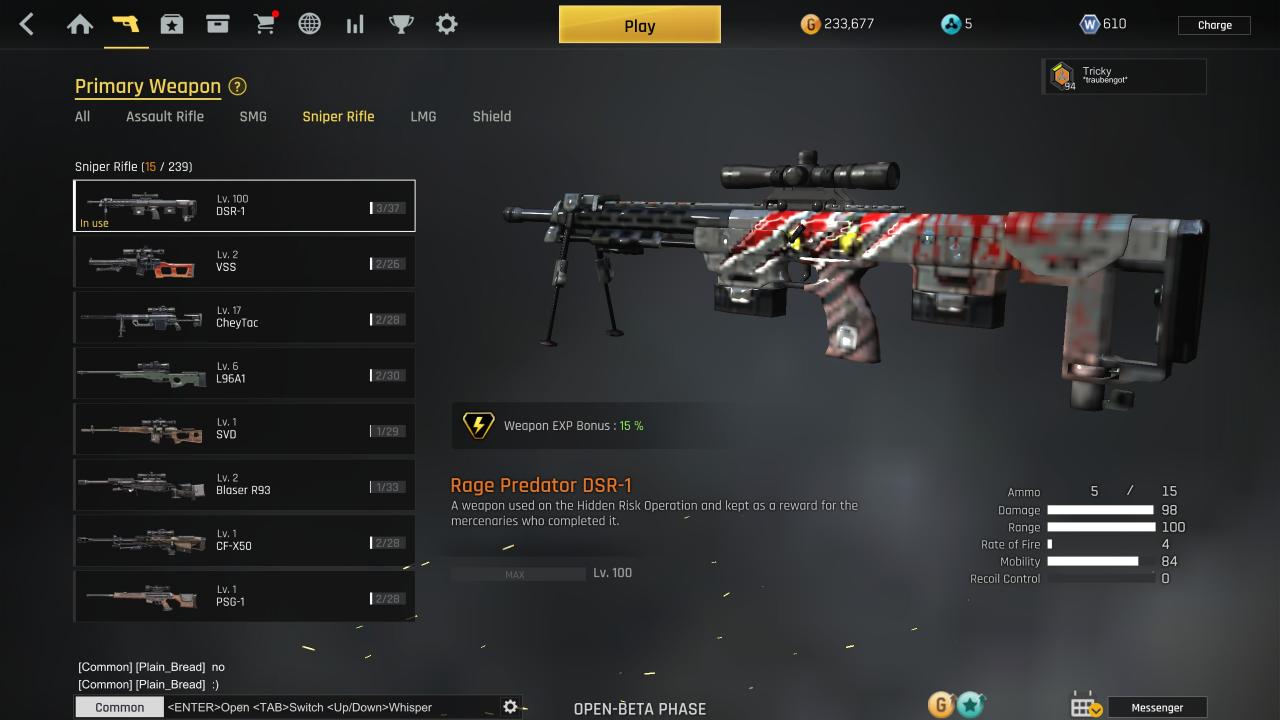 I am not a smg player but i can recommend u these bad boys :

MP5 A5 probably the best one. 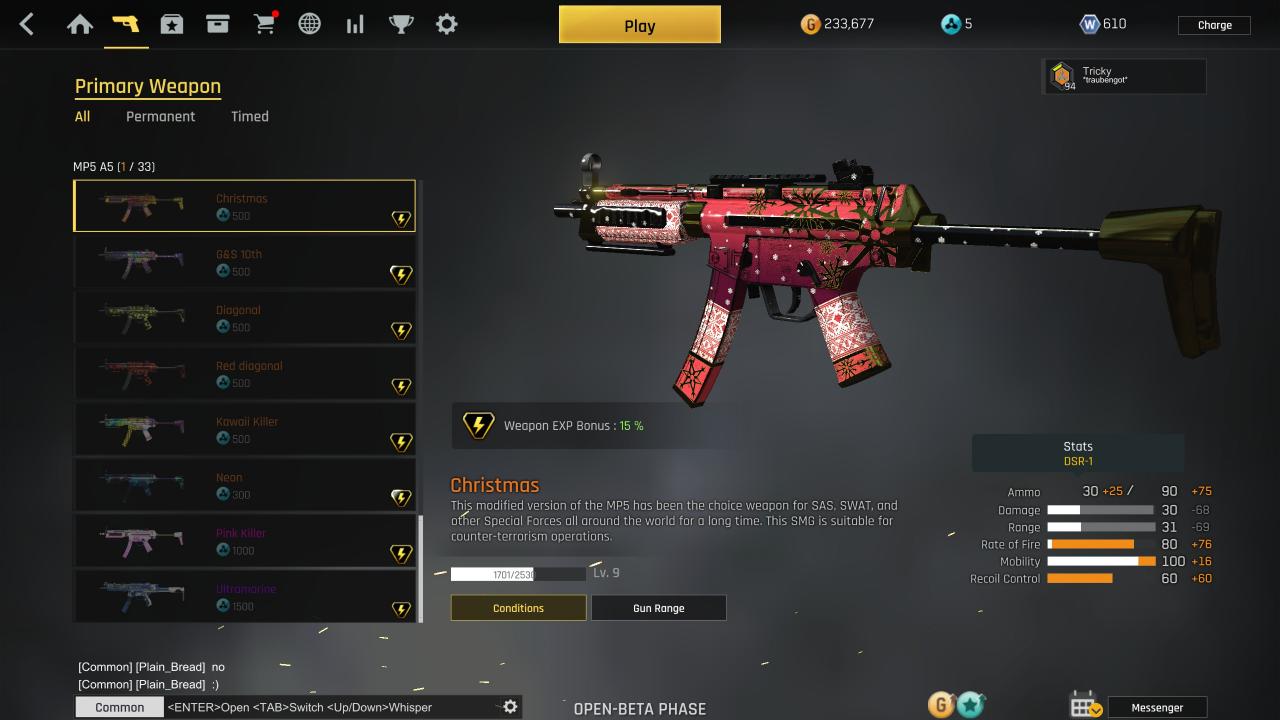 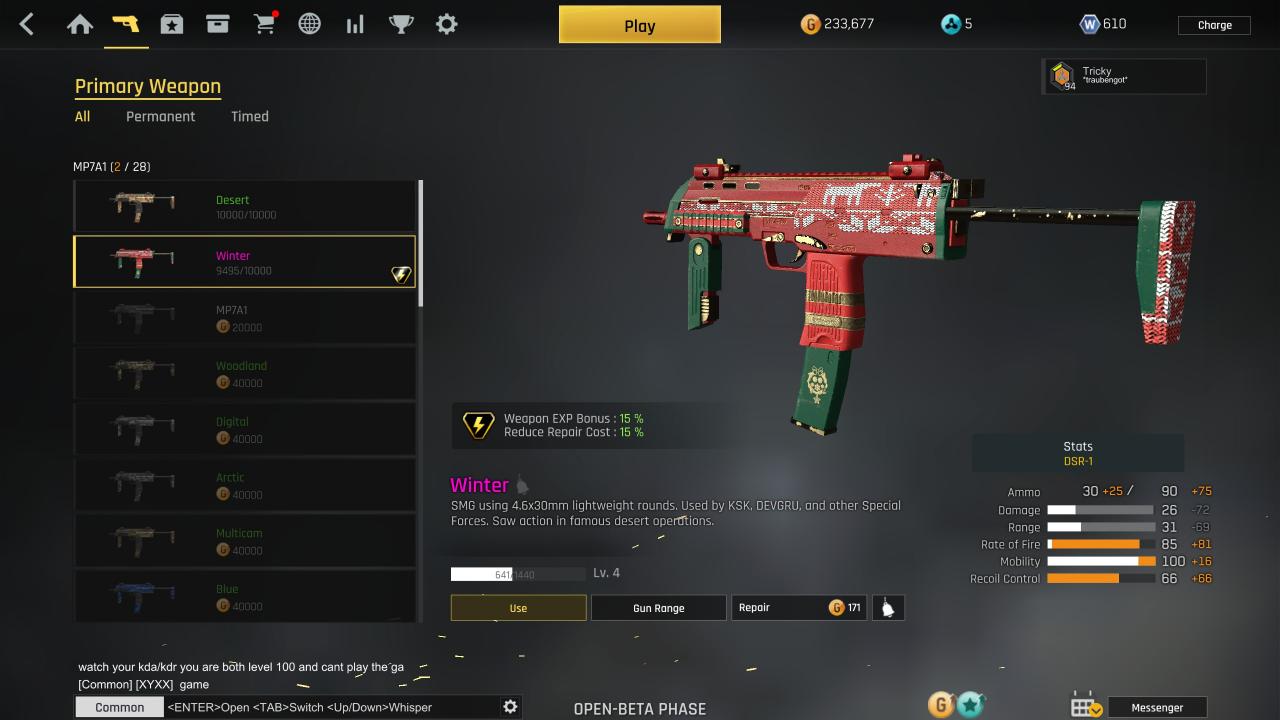 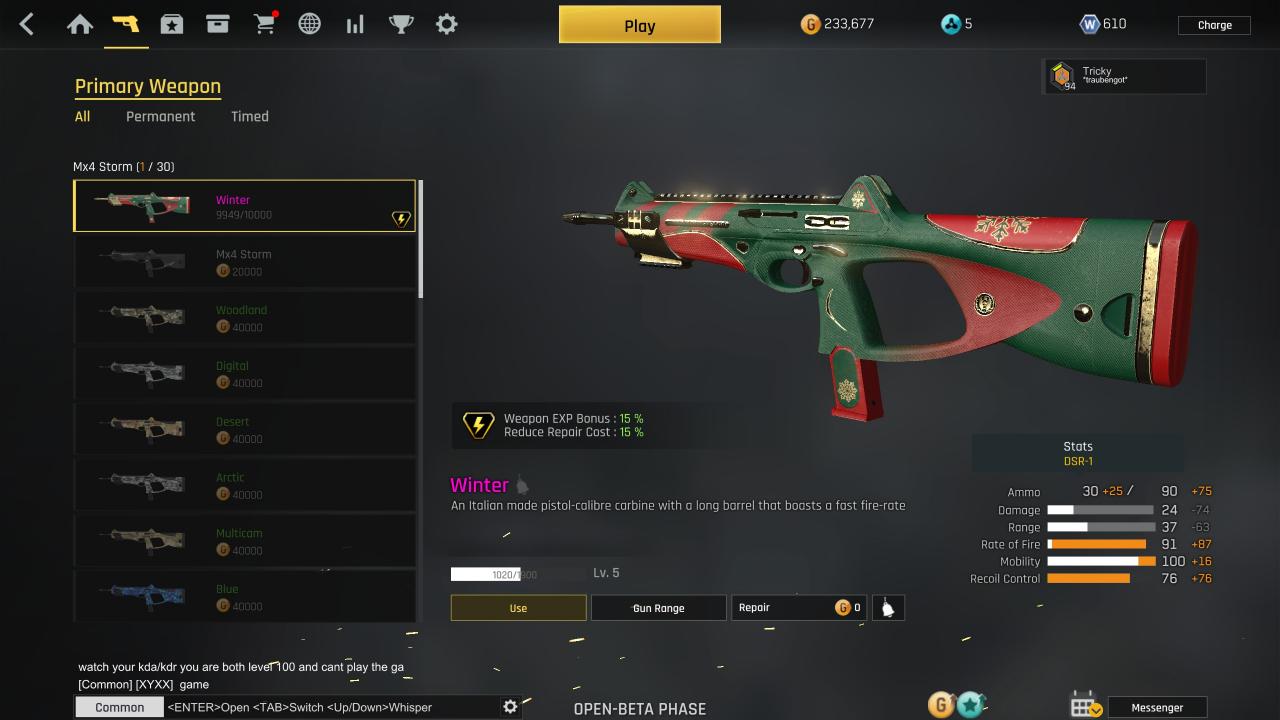 P90 TR if u want many bullets. 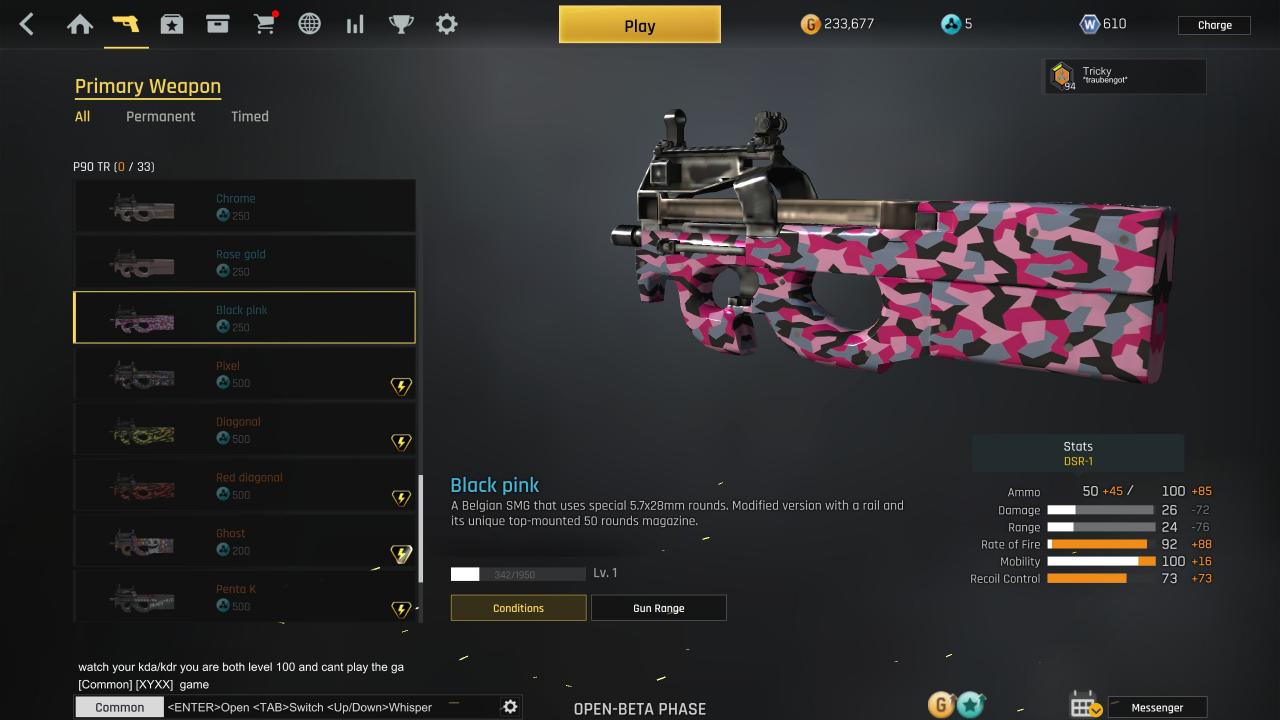 For attachments i would go for silencer or barrel for all of them.

I would say if u ever go for LMG´s play the MG3 for close range or the PKP for mid range. 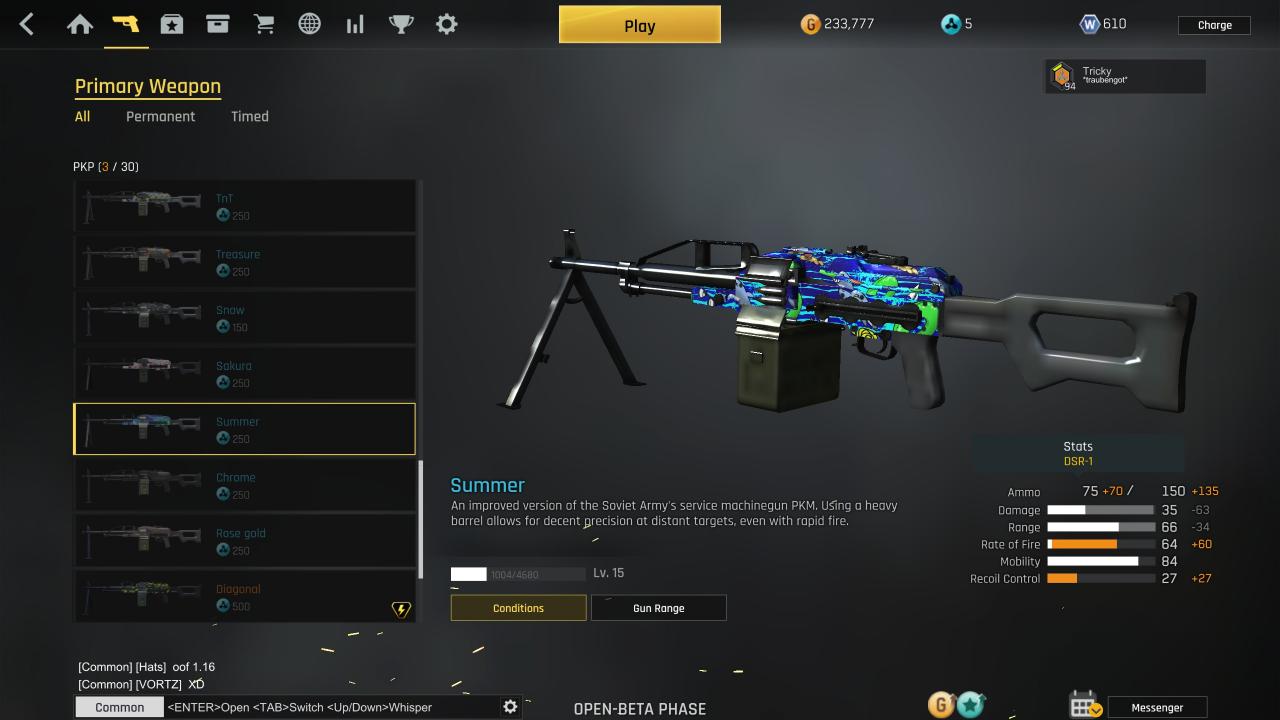 But i would only play LMG for fun, and not to be good with them.