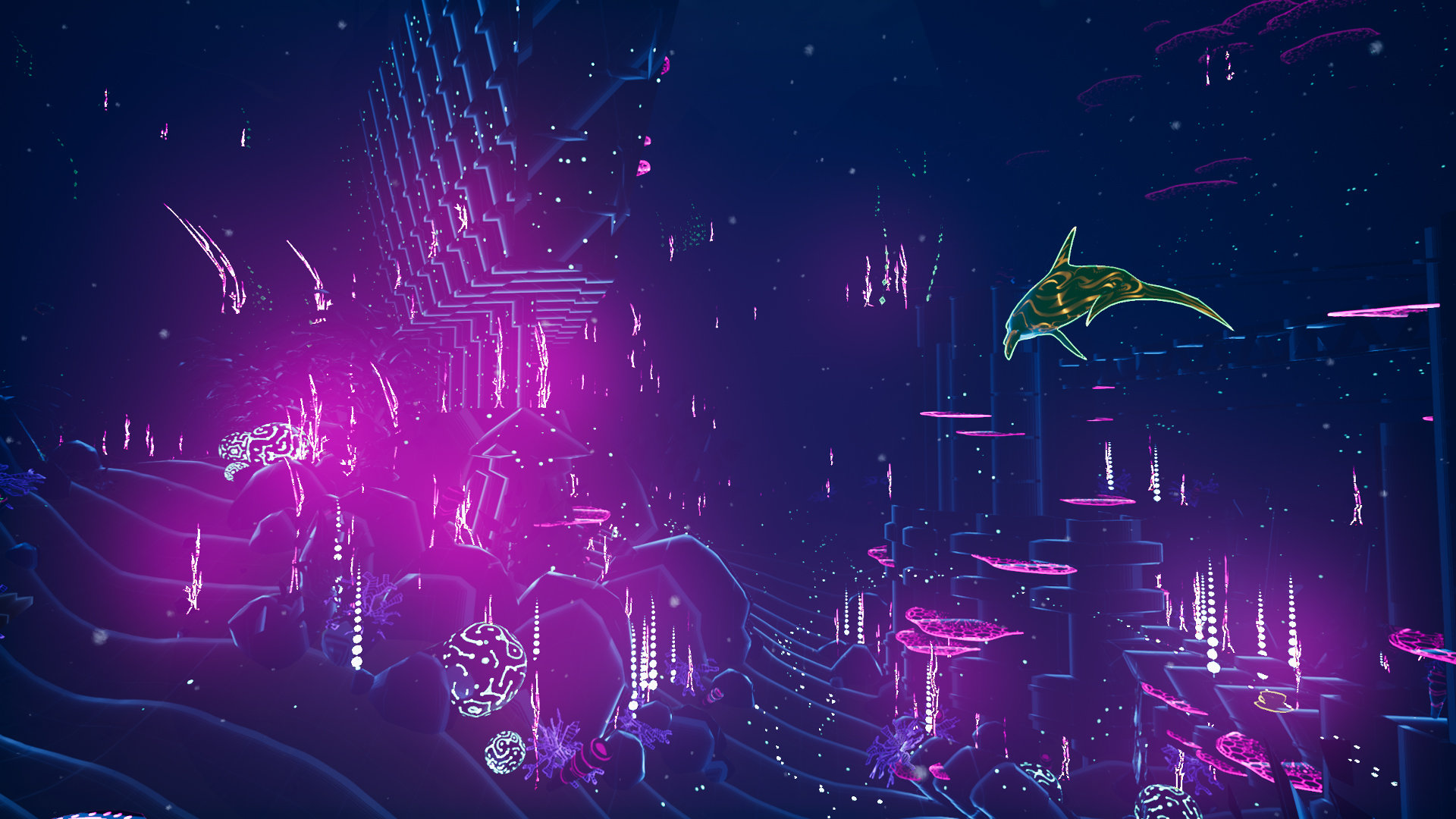 Jupiter & Mars is an upcoming underwater adventure game set in the future-Earth in which everything science warned us about has come to pass: sea levels have risen from melting ice caps and climate change. As a result, the coastal cities are all but completely submerged. Players need to play as a dolphin and explore the beautiful underwater world. Jupiter & Mars is coming in 2018 on PS4 and PSVR, release date unknown.

Since man’s disappearance, the oceans have begun to reclaim themselves, with coral and nearly extinct creatures returning to their once-thriving levels. But the artifacts of man’s presence still remain, and an elite race of whales known as the Elders enlist Jupiter and Mars to help neutralize a global network of machines that are disrupting sea life. Along the way, Jupiter and Mars will perform incredible feats and maybe even survive to tell the tale.

Jupiter is a female dolphin with enhanced echolocation powers that lets her see through murky waters, beyond solid objects, and into the heart of the deepest oceans. She’s inquisitive by nature, and a problem solver. Mars is her partner in life, alert and ready for action. They complement each other in more ways than one. In their journeys they meet the Elders, an ancient and powerful race of whales that asks the agile and intelligent dolphins to help them in their quest to shut down the remaining, still-functioning mechanical legacy of mankind’s past.