I have played a couple of hundred hours between EA and Beta. Here is, if not a FAQ, then things I wish I’d known if I were to start today.

Caveat: There could have been changes between the earlier builds and the final one that makes some of this obsolete.

Note: The releases date of King Arthur: Knight’s Tale is from March 29 to April 26.

What difficulty should I play on?

Unless you have no experience with this type of games: Hard.
The game was originally designed with only one difficulty equivalent to Hard, and from my experience the game is balanced around that.

What are the classes of the heroes unlocked through Morality Chart?

Typically, you’d unlock 5 heroes through Morality Chart in a playthrough 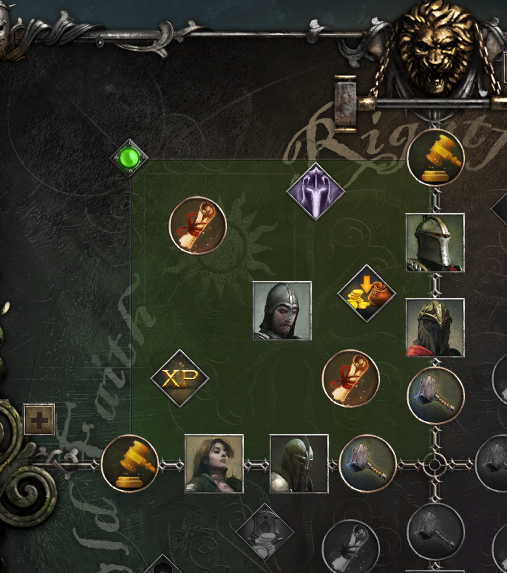 Are the Morality unlocked heroes worth it?

Wait what are the Aspirant slots?

If your active hero roster is full, the Aspirant slots in the Round table are a waiting list of unlocked but inactive heroes. There is no limit to the number of Aspirant heroes you can have.

Is there advantages of staying neutral in the Morality Chart?

The only advantage is that heroes of certain morality won’t particularly dislike you for having the opposite alignment to them. So no not really, focusing 100% on one alignment in each axis is what I would recommend.

Is maxing loyalty of a companion worth it ? And how can I do it?

At highest loyalty you get a bonus AP (Action point) and bonus damage, so definately worth it. Inversely you lose damage, AP and could lose the hero altogether at very low loyalty. 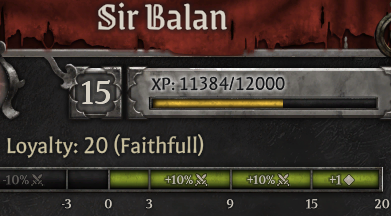 Can the hero appearance be customised?

No. The in-game logic is that you don’t loot new weapons/armour but you loot and apply Sigils to your existing weapons/armour.
(There is an alternative skin for Mordred, unlocked by subscribing to a newsletter, but that is the one exception, and may be unavailable by the time you’re reading this)

How big is the party?

Nominally 4 characters. There are many missions where a 5th will join you for a short duration, or for almost the whole mission.
For example the missions where you recruit new Heroes, you get your 4 original heroes + the 5th being the one you’re recruiting.

I am struggling with the tactical combat any tips?

What should I build/upgrade in Camelot as a priority?

Training grounds.
If your alpha team is injured or otherwise unavailable and the backup heroes are 3 levels below the only available quest, you could be in a situation where even reloading an old save can’t save your run.

Which one of the classes is the healing class?

There isn’t any!
During combat you’ll find the only way to reliably restore health is a healing potion.

That said there are preventive ways to avoid losing health to begin with: Skills to increase armour temporarily, grant a temporary pool of bonus HP or even evading or absorbing damage altogether.

Between fights, campfires and the odd healing shrine is what you have to rely on. Use them strategically, don’t necessary use them as you stumble upon them.

Keep a few hundred golds in reserve as you start your mission. In some missions you get to hire a mercenary (another way to get a 5th member), or pay a teacher to buy 1 skillpoint (!), or pay off an opponent to avoid a fight.

Also explore the map even when the main quest is done: Side quests, side duels, side encounters, the odd vitality healing shrine or treasure chest (sometimes requiring high Spellcraft or Perception) may remain unclaimed if you just hit the “Finish Mission” when it becomes available.

Thanks to Molotova for his great guide, all credit to his effort. you can also read the original guide from Steam Community. enjoy the game.