Your crows must get 30,000 damage, the most time consuming achievement. I will show you the quickest way to get it done. 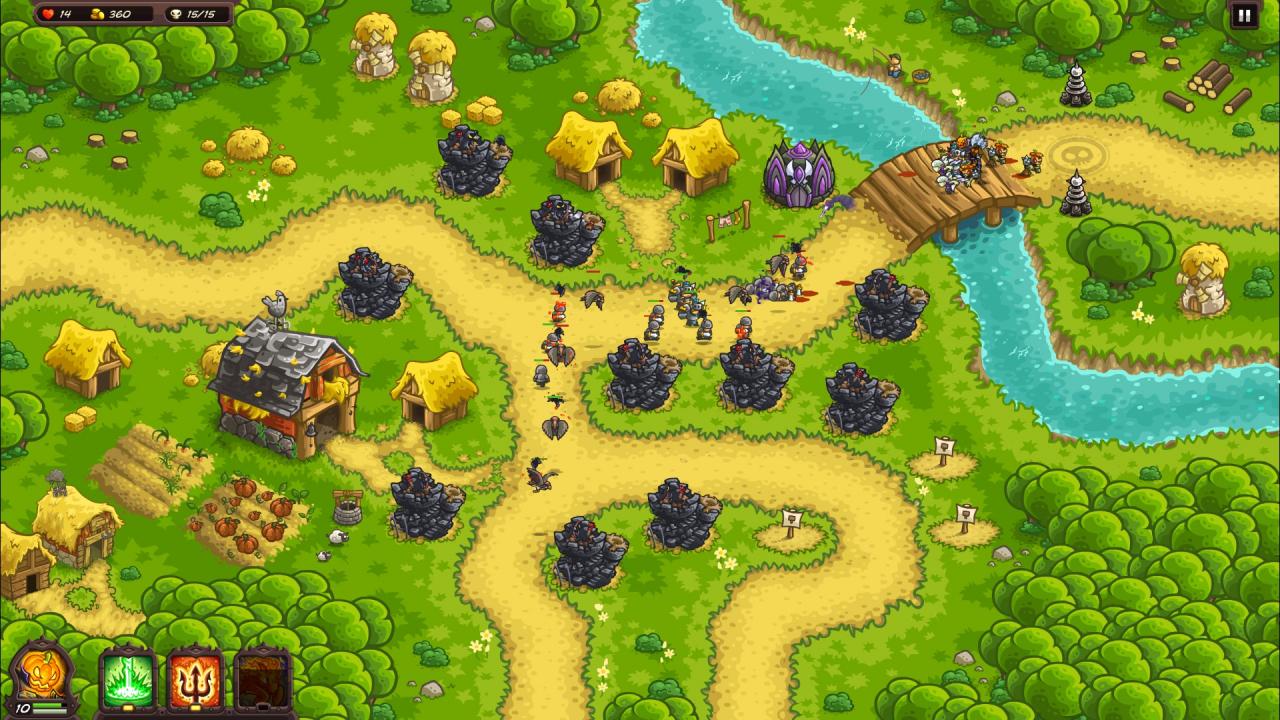 Otil Farmlands: 12 – Choose Casual for ease of fighting. Place your main shadow archer right in the middle and upgrade immediately so you can max out the Crow’s Nest and get your first crow doing damage. I would place some basic foot soldiers (Harassers in this case) to make sure you kill off some loose enemies as initially you won’t kill them all with your towers. A hero with some minions is great for slowing them down. Always hit waves to go early as soon as they show, money is key.

As soon as you have level 2 Crow’s Nest move on to another and repeat. I started centrally and worked outward. After 3-4 I also started upgrading Shadow Mark on the central shadow archers as the wave’s get harder to kill and this will deal with them faster. You’re looking at 8000 damage a run, so only a couple runs after your regular game play if you incorporated some shadow archer play.