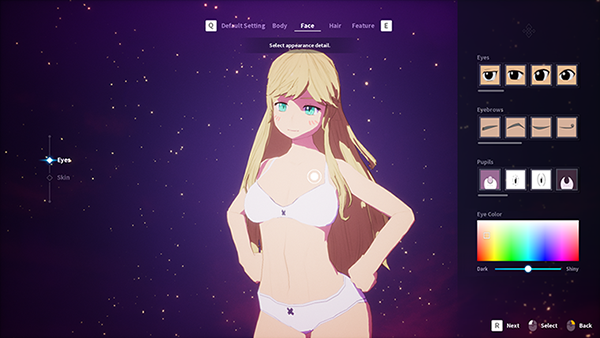 Creating your character is the first thing you will do in KurtzPel.
You have a great variety of selection for customization. Eyes, hair, color sliders for everything, voice, etc.

• You can only select Human as a race
• You can create up to 14 character(s)
• You can select from both male and female gender.
• There are 8 kinds of Idle Motions and 8 kinds of Voice. Based on the 16 Lua types, you will have a set of Idle Motion and Voice chosen for you
(Idle Motion and Voice Set will be different depending on the gender.)
• Voices are then separated into 3 different types based on the age group. (8*3=24)

You will start character creation with a few questions. These are basic questions to set your character’s personality a.k.a. LUA, based on your answers, you will be given a recommended LUA type. 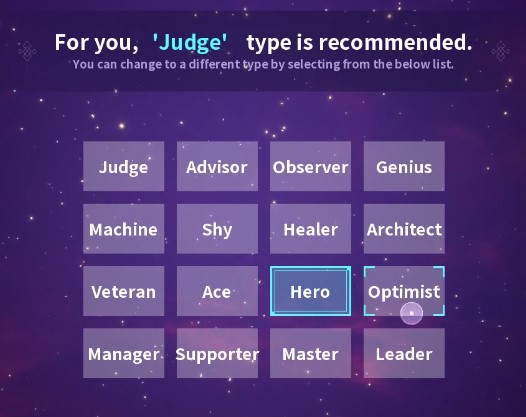 LUA types change the character’s voice and idle animation. So choose this according to your likings/personality/taste.

Info #2
(Karmas, what they are and how they work) 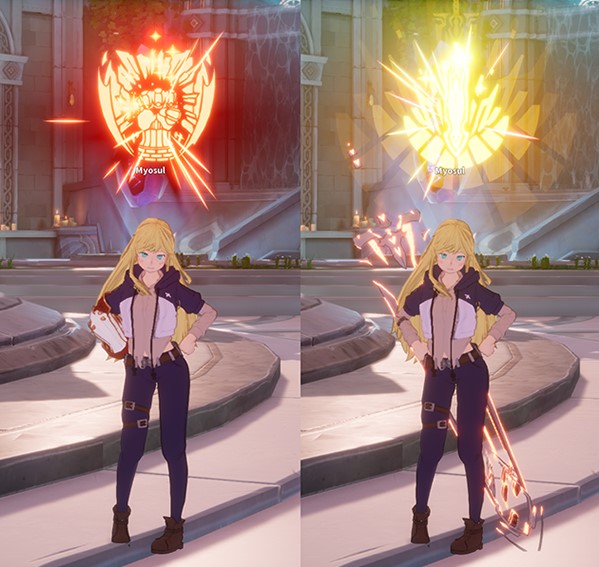 When creating your character, you are prompted to select one of two karmas: 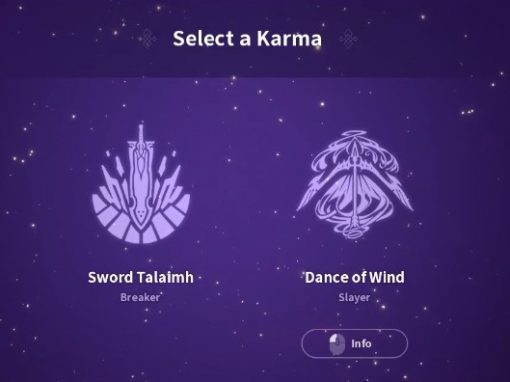 Do not let this scare you, you will have access to the other karmas/weapon types after logging on. This is just a starter karma.

The initial Karma selection will be from Sword Talaimh and Dance of Wind. (You can only pick 1)
Other Karmas will not be immediately available, however you can unlock them by completing epic quests.

• Each Karma has 6 Normal Type, 2 Rage Type skills, and 9~11 command skills.
• When you first acquire your Karma, you will receive 2 Normal Type and 1 Rage Type skill.
• You can acquire more Karma Crystals to learn more skills by gaining affinity with NPC characters.

How does this work? You can have two karmas equipped and you can change between them with TAB key anytime. This can lead to many unexpected skill combinations and variety.

What kind of karmas are there?

• Gauntlets – Blazing Fist
• Longbow – Dance of Wind
• Greatsword – Sword of Talaimh
• Staff – Diabolic Witch
• Dual Swords – Dual Souls (this karma was not available in alpha tests, may not be ready for beta either)

You can read up on the Karma system in depth if you:
Click here[kurtzpelonline.com]
Also you can find all the available karma fragments(skills) on:
KurtzPedia.net here[www.kurtzpedia.net] 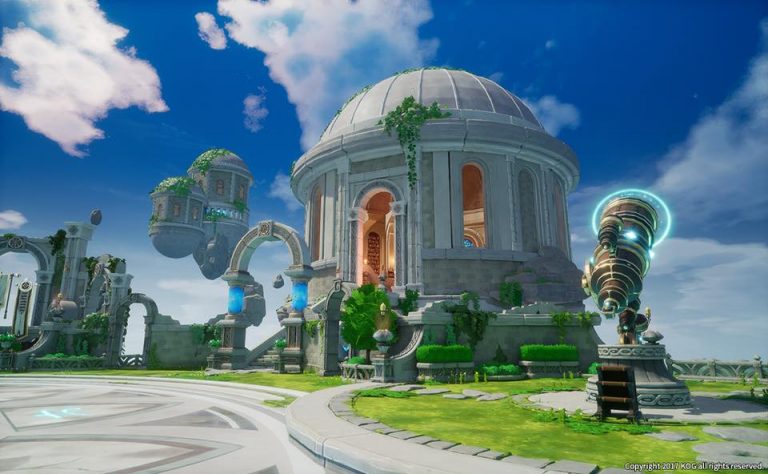 After defeating the first introductionary story boss, you will find yourself in Eldeka. It’s the secret base of the Chase organization. It was created in effort to resist Bellatos. You can see other players, chat and have dance parties in here(for fun).

To join a mission you will have to find Ensher, she is the head of the chase and she stands next to the Mission Map, you can queue up for missions with the map.

• There will be a total of 12 PVE missions including Single (Epic), and Multiplayer (Repeat). Total of 6 more missions from the previous Alpha build.
• The mission order will be sorted daily and 2 Types of PVP and 3 Types of PVE will be shown in order.
• Completed missions won’t be visible for a set duration and the next mission in order become visible.
• Total amount of possible PVE missions will depend on the number of completed Epic Missions.
• You can queue up to 5 missions at once.
• Real Time (PVP & Repeatable PVE) missions will reward CP (In-Game Currency), AP (Mastery), and various items.
• History Missions (Epic Single Mission) does not have any additional rewards other than AP. 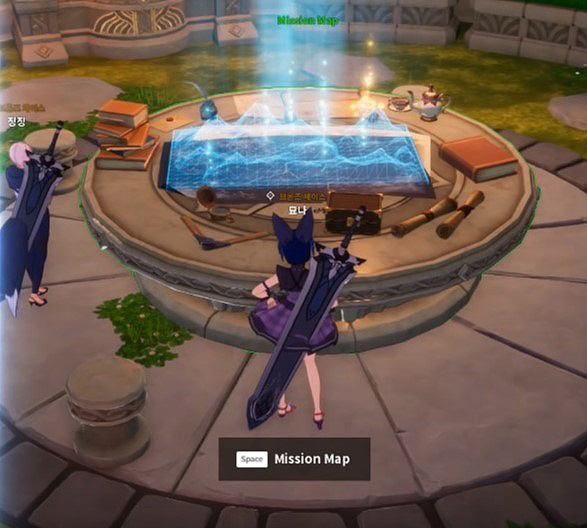 Mission Types:
1.) Epic/Repeat Mission (PVE) – Fight important enemies in the KurtzPel universe and discover the story of KurtzPel by interacting with Hero NPCs.
Also, has a low chance to drop special reward (Accessories and etc.) and has multiple difficulties and provides challenges in PVE fashion.
• If all party members get downed, the mission will fail!

2.) Promotion Mission(PVP)
• Deathmatch (PVP) – Defeat your enemies and whoever scores more points will win.
• Capture the Flag (PVP) – Acquire the Flag in the battlefield and whoever scored the most point at the end of the match will win.
• Conquest (PVP) – Split to Red & Blue team and whoever has captures the zone when the match is over wins.
• Advancement Battles will unlock when you increase number of wins in PVP mission. You can increase Chaser level through the Advancement Battle.

(PvE Difficulty)
• Epic Missions that haven’t been cleared at least once will always start at the Beginner difficulty. After that, Repeat Mission (Multiplayer) or History Mission (Single) difficulty will depend on the result of your missions. (Difficulty: Easy, Normal, Hard, Very Hard, Grand Chase)
• Your reward from each mission will depend on the mission’s difficulty and if you are matched in a lower difficulty than your recommended skill level, in a multiplayer mission, your reward may be lower than expected.

Rewards:
Completing Missions successfully will reward you with AP and CP.
[AP] Ability Point is points required to upgrade Karma and Karma deciding level. It can be obtained by completing mission.

[CP] Chase Point is points required to upgrade equipment. It can be obtained by completing mission or through events. 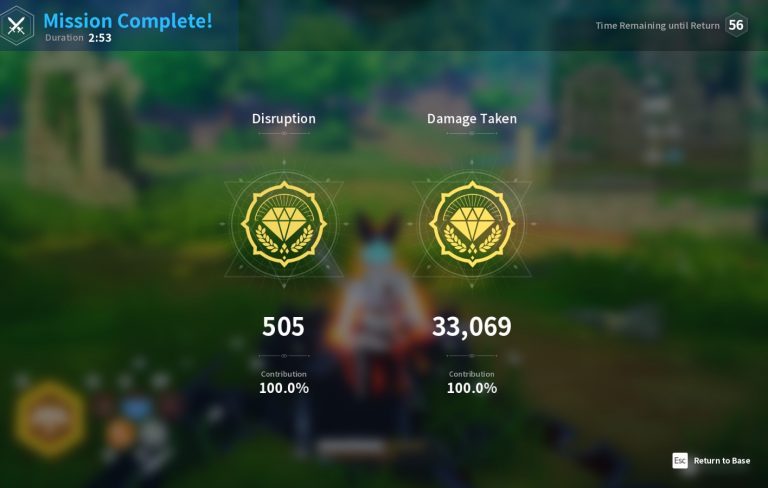 Party System
You can party up with other chasers and queue for missions together. If you feel like you need some secret talk, you can press TAB in Eldeka to switch to party chat. 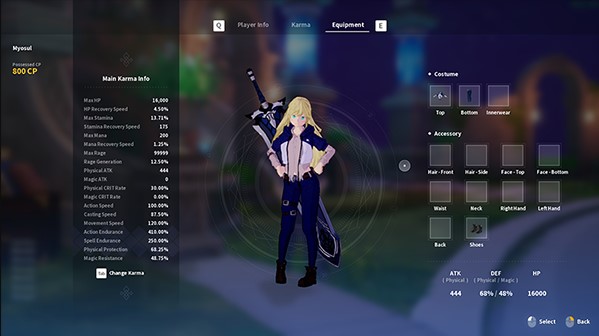 Based on your chaser rank, you can go on more difficult missions and match with people at your own skill level. However, this was not entirely implemented in previous tests, may not be in beta either. You will be able to move between chaser rank levels with promotion matches. If you lose a promotion match, your chase rank will go down.
There are 6 chaser ranks: Wood Chaser, Bronze Chaser, Silver Chaser, Gold Chaser, Platinum Chaser, Grand Chaser

There are also Divisions in each chaser rank, so you will have to climb up the ladder to reach higher ‘level’ content. Bronze I, Bronze II, Bronze III, etc…

(Basic stats)
ATK – Attack, depending on weapon type can either be Physical or Magic.
DEF – Defense, you have both Physical and Magical defense, bosses deal different types of damage.
HP – Health, overall health pool can be affected by equipped items.

On top of these base types of stats, there are numerous others that may decide your fate in a fight. 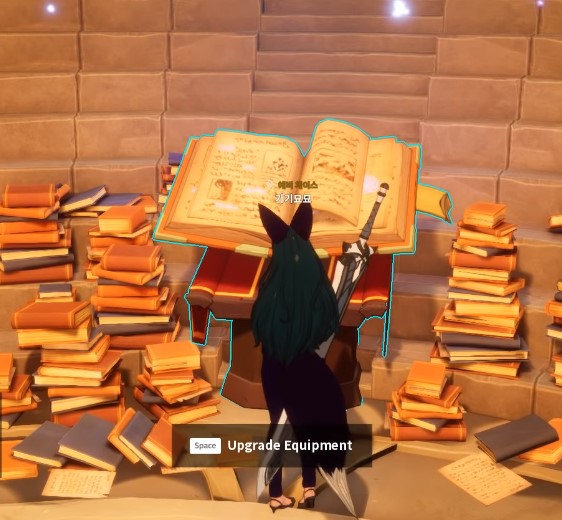 You can upgrade/dye your equipment in Eldeka’s Library. Usually each costume piece / weapon can have 2 upgrades. These upgrades vary by the type of the item. 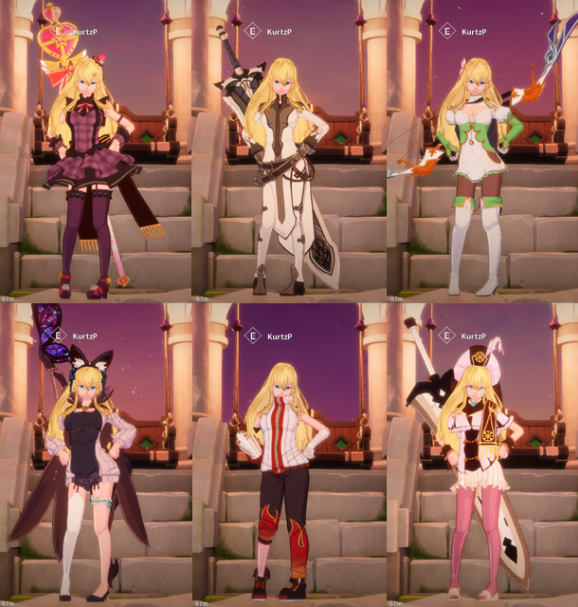 Costumes can be earned either via NPC Affinity system or bought as a DLC. You will have to earn these by yourself via the affinity system.

Each costume piece gives different Physical and Magical defensive stats, these are usually the same for every costume.

NPC Affinity:
This is the main way to obtain costumes and karma fragments, aswell as weapons.

• Each time you complete a Real Time Mission, there is a set chance to meet an NPC. (Appears in mission map or in Eltheca)
• You can gain affinity through chatting with NPCs and selecting a different topic of discussion will allow you to get important key words which leads to greatly increasing with that particular NPC.
• Reaching a certain milestone of affinity with an NPC will reward you with a gift. 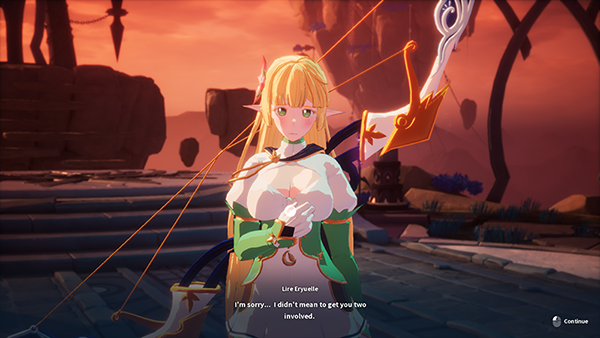 Increase your Affinity by completing a mission marked with fellow Chaser’s face. You can get special reward item by increasing your Affinity. 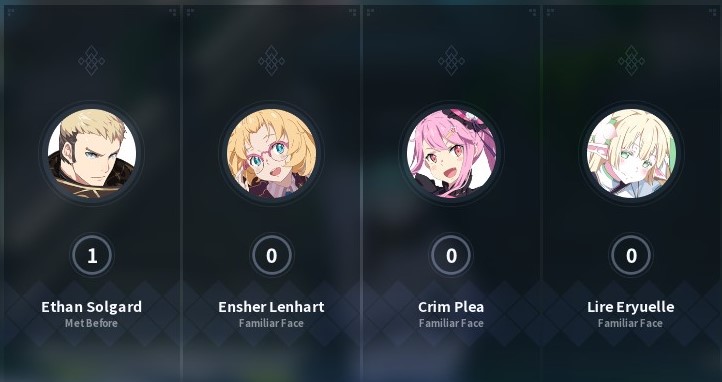 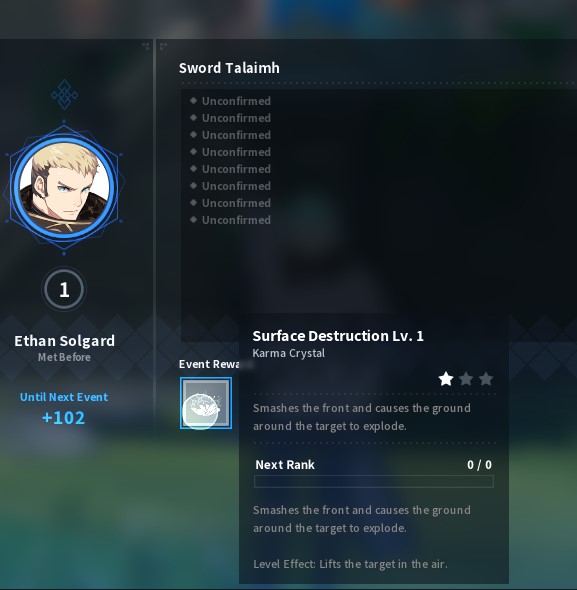 Part 3
Info#5
(How to get better, optimization, state of PvP)

There is a way to practice, and you should start your journey here, in the Training Grounds. You can find the Training Grounds in Eldeka and try all your combos, skills on a dummy.
You really should get to know your preferred karma, before jumping into PvE/PvP.

The game’s optimization for early tests is not that great and there is no way to edit graphical/audio/screen settings yet(atleast in-game, you can do it via config files).

• Screen/Graphic, Camera/Control, Language/Audio, Gameplay, and Etc have been added to the options menu.
• If you have a low spec computer, you can lower the resolution to increase performance of KurtzPel.
The graphics and other settings will be optimized depending on your computer’s spec at the start of the game.