Loop Hero: How to Beat Omega as Rogue with Hardly Any Camp Items

Here is a guide on how to finish Chapter 4 as Rogue with almost no camp items.

Guide may contain spoilers to the story and is EXCLUSIVELY written for the Rogue class. I won’t be talking about any other class

This guide is meant for already quite experienced players that struggle with beating the final chapter of the game.

I did struggle at first and didn’t find any information on how to beat Omega without focussing on camp items by grinding for hours or setting up infinite loops, to just overpower Omega. So if you’re having the same problem: Here’s the information you’re searching for.

Camp Buildings – This is what you’ll have to grind for, I don’t think there’s a way around it. I won’t talk about the buildings required to unlock certain cards, this guide is for a player who has everything unlocked – but not leveled to the maximum. 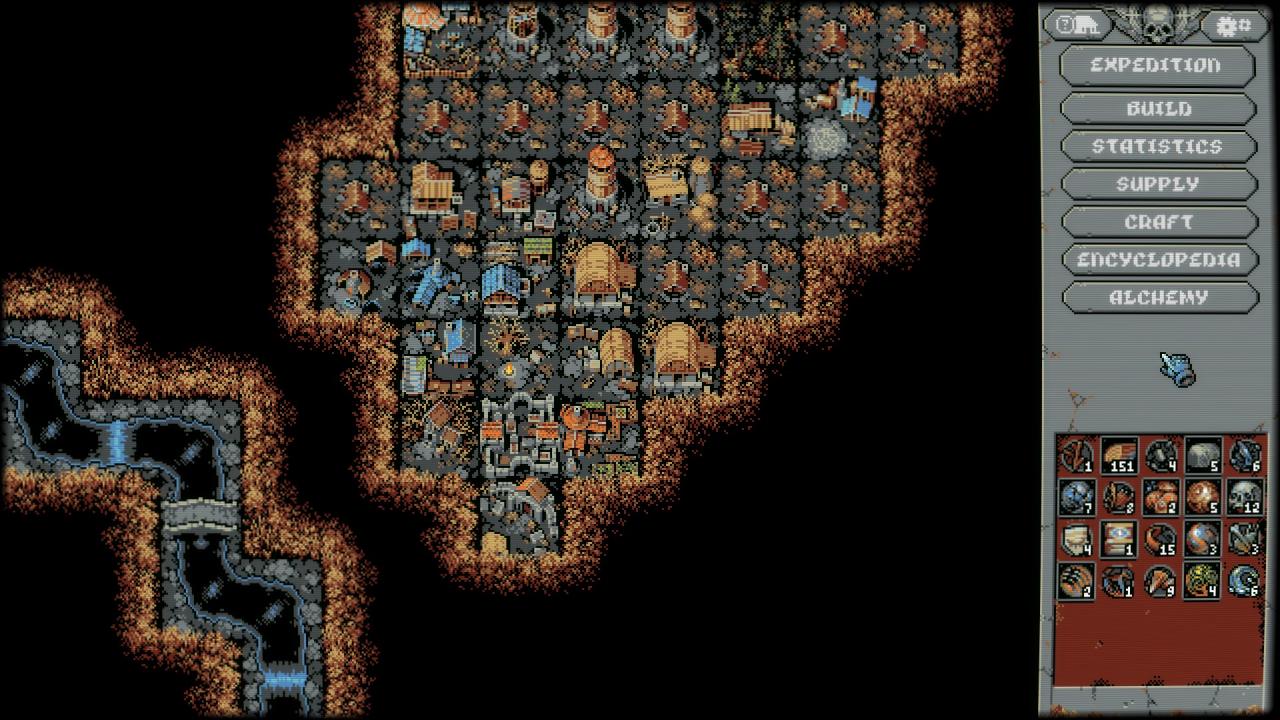 I would definetily recommend having a fully upgraded Cemetery built, as it’s likely you will die whilst fighting Omega. A level 2 Cemetery only grants you 15% of your max. health upon revive, which is most of the time not enough to finish Omega off. A maxed Cemetery will revive you with 80% of your HP, allowing you to end the fight in your favor without the risk of getting killed again.

A maxed War Camp will boost your hero’s strength by 20%. I am not sure wether you’ll have to have it on it’s highest level, but considering you are playing with almost no camp items, I would get these upgrades as well.

The four Watchtowers. I did build all four Watchtowers and got one of them on level 2 and the remaining on level 3. The Watchtowers are nice in the early game, as they will help you farm Ransacked Villages, but I didn’t feel like they were underpowered. The range of those level 2 and 3 towers reaches 2 tiles and the level 6 watchtowers have a range of 4 tiles, but that wasn’t a real concern to me.

The Herbalist’s Hut is extremely important. Due to the lack of a lot of health regeneration, and the length of the fight against Omega, potions are vital. I definetly recommend to upgrade this to it’s highest level, because then you’ll be able to take 6 potions with you, getting 4 of them refilled at the campfire tile and it will grant you an additional 10% of healing to the potions.

When I killed Omega the first time I had 7 camp items stored: 7 Alchemist’s Shelf. Remember when I said potions are important? They really are. 7 additional potions granted by the shelves added to the 6 potions provided by the fully upgraded Herbalist’s Hut equal to 13 total potions with 10% more healing power. 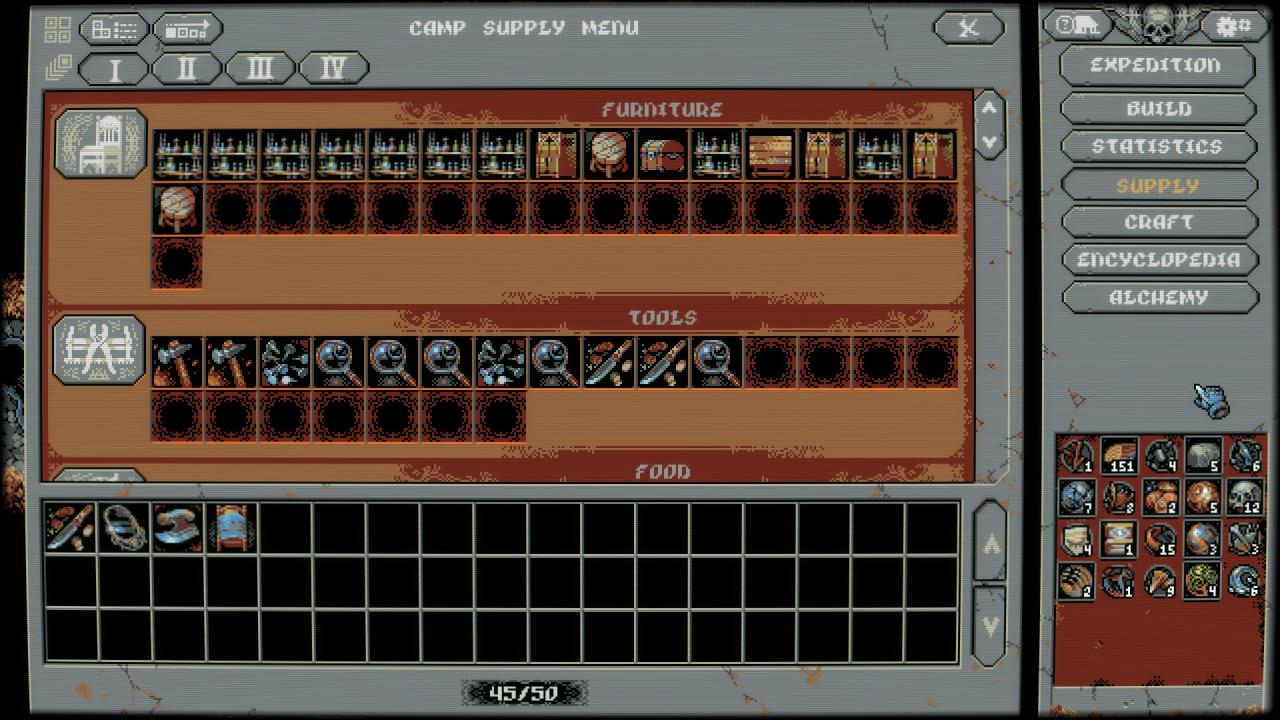 As I beat Omega 5 more times to get the achievement, I of course got more resources to spend on camp items. There I prioritised Kitchen Knife, Old Painting and a lot of food to make the Kitchen Knife count.

This is the deck I beat Omega with. I’ll explain why I chose certain cards here. 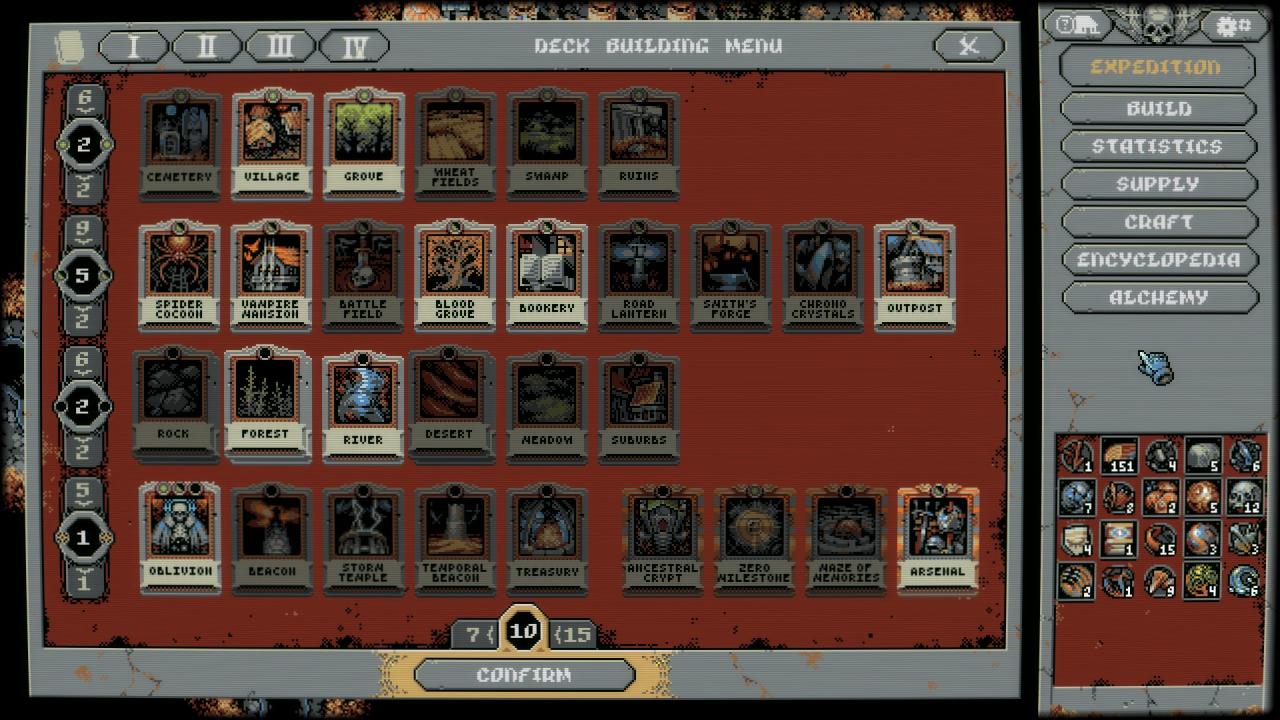 Enemy Spawners
In order to level fast and get loads of equipment you’ll try to kill a lot of weak enemies. There’s the Spider Cocoon just by itself. Additionally you’re looking to create Ransacked Villages by combining Village and Vampire Mansion.

Support Tiles
Blood Groves (instantly kills enemies with 15% HP or less) are here to help your hero fight the enemies and also allows you to create the Hungry Grove (instantly kills enemies with 20% HP or less). You’re looking to get the campfire into the range of a Hungry Grove, so you only need to reduce the bosses HP by 80%.
Also – Outposts. One or two additional soldiers on your side don’t seem like much, but for me they made the difference between killing Omega or failing. You always want to have 2 Outposts reaching into the campfire tile, so they help you fight the boss.

Landscape Tiles
Attack speed is one of the two major stats in the Rogue class and the River plus Thicket combination really does a lot of work, allowing us to concentrate on other stats when it comes to equipment.

Other
Not every card is useful at any time. The Bookery cycles your cards until you hopefully get what you want. The Bookery turned out to be very useful at times, especially in the late game.
Obvlivion helps you deal with Lich’s Palaces and with the green villages spawned by forests.
The Arsenal golden card is vital to the Rogue class, as the additional amulet slot compensates the lack of remarkable health regeneration.

This is the trait deck I would recommend: 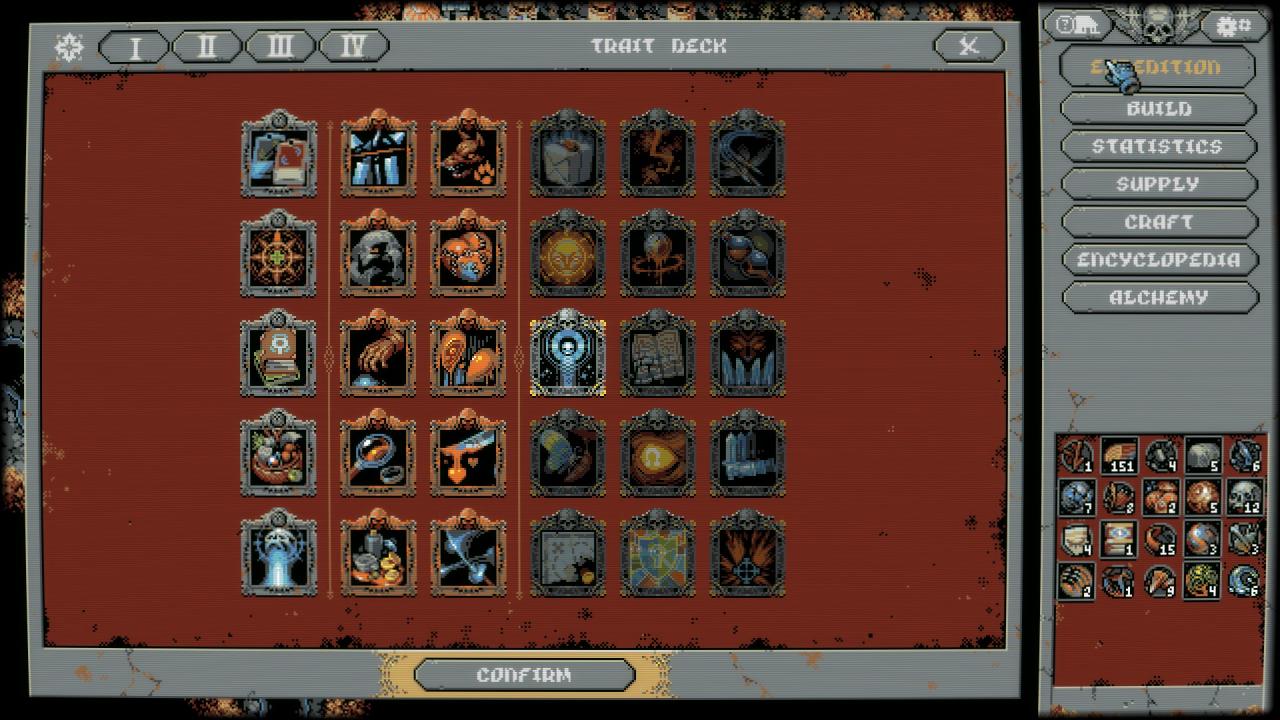 The traits you want to focus on are:

Child of the Forest: The soldiers from Outposts are useful, a third soldier is always nice. Especially when fighting the Priestess (the hardest of the 3 first bosses for the Rogue) it’s nice to have multiple attacking creatures to break the mirrors.

Old Scars: This trait gets more powerful the earlier you get it. The runs where I got it as the first trait were a lot less sweaty, because the Rogue just scales so good with this trait. Old Scars also combines well with Marauder, as Marauder effectively increases the amount of health given by Old Scars

Smoke Screen: Dodging the heavy hitting attacks of Omega for a few seconds can be life saving.

Omnicron’s Technique: I explained how crucial revives can be. A second one almost guarantees a successful run, if you don’t commit too many mistakes.

The main stats you want to focus on are attack speed and the critical damage chance. The higher the chance to crit and the more attacks the hero performs the more you are going to deal crit damage.

The River plus Thicket combination does the most work boosting the attack speed, so you can focus on critical damage chance when it comes to equipment.

I always tried to focus on the two main stats when equipping the boots, the two weapons and the chestplate. The additional amulet slot was an exception: There i focused more on the vanilla magic shield stat.

There are some things regarding the card placement which are important to note:

Thanks to Alexander Supertramp for his great guide, all credit to his effort. you can also read the original guide from Steam Community. enjoy the game.