In this short guide, I would like to present the locations of all 10 Rare Fishing Spots I’ve found throughout the entire game map.

In this guide, I’ll be posting screenshots as well as short descriptions of locations where I managed to happen into any special fishing spots, as well as specifics of fish caught over there. Feel free to comment about anything unclear or not showing up the same way in your game.

Thus far, I’ve come across 3 species of Rare Fish:
Perch, sells for 14.08 Euro;
Pike, sells for 14.40 Euro;
Carp, sells for 17.60 Euro.
Although Carp sells for a good few coins more than the others, as well as it does not require any form of real player’s skill to catch, it also hooks considerably slower than predator fish. On the other hand, Perch and Pike require an additional investment from the players – Trolling Fishing Rod – as well as there’s a separate pre-hook part of the minigame added to predator fish.
To track the location on the map correctly, use character marker on the map, not my mouse coursor.

These are the 4 spots where I’ve seen Carp fishing areas:

1) Bottom-right part of the map, not far south-east of our Lumber Mill; 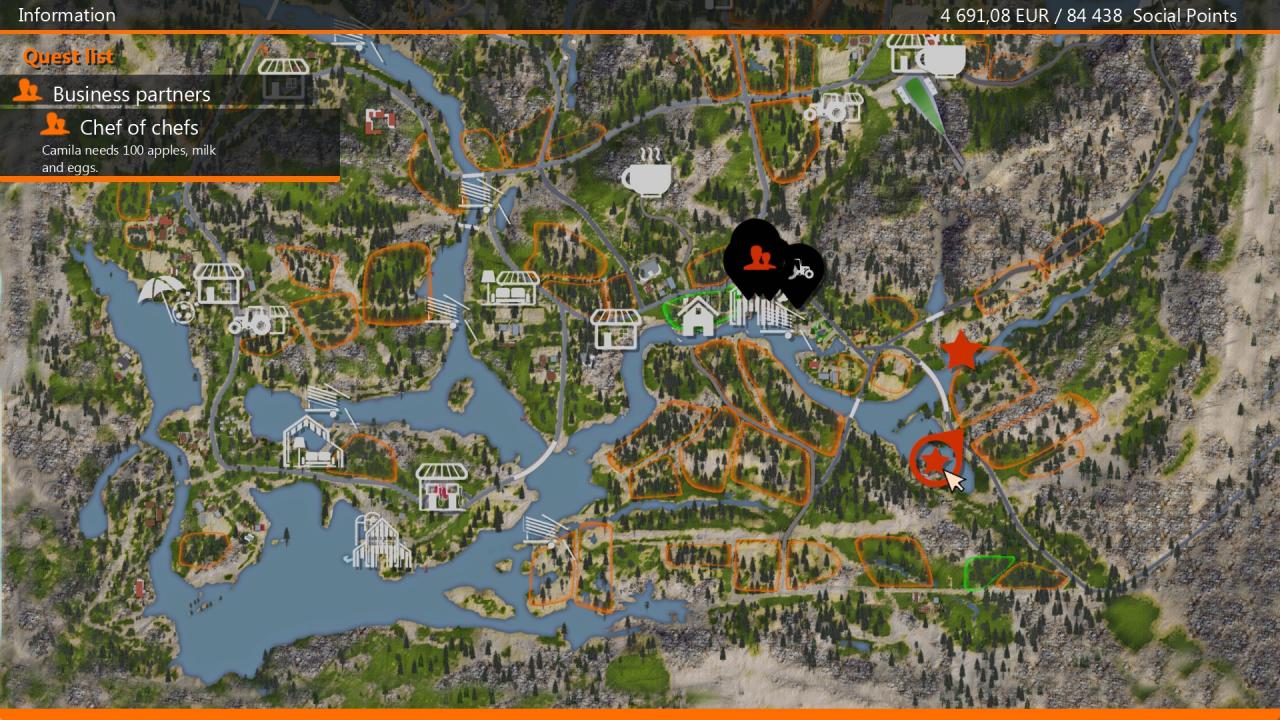 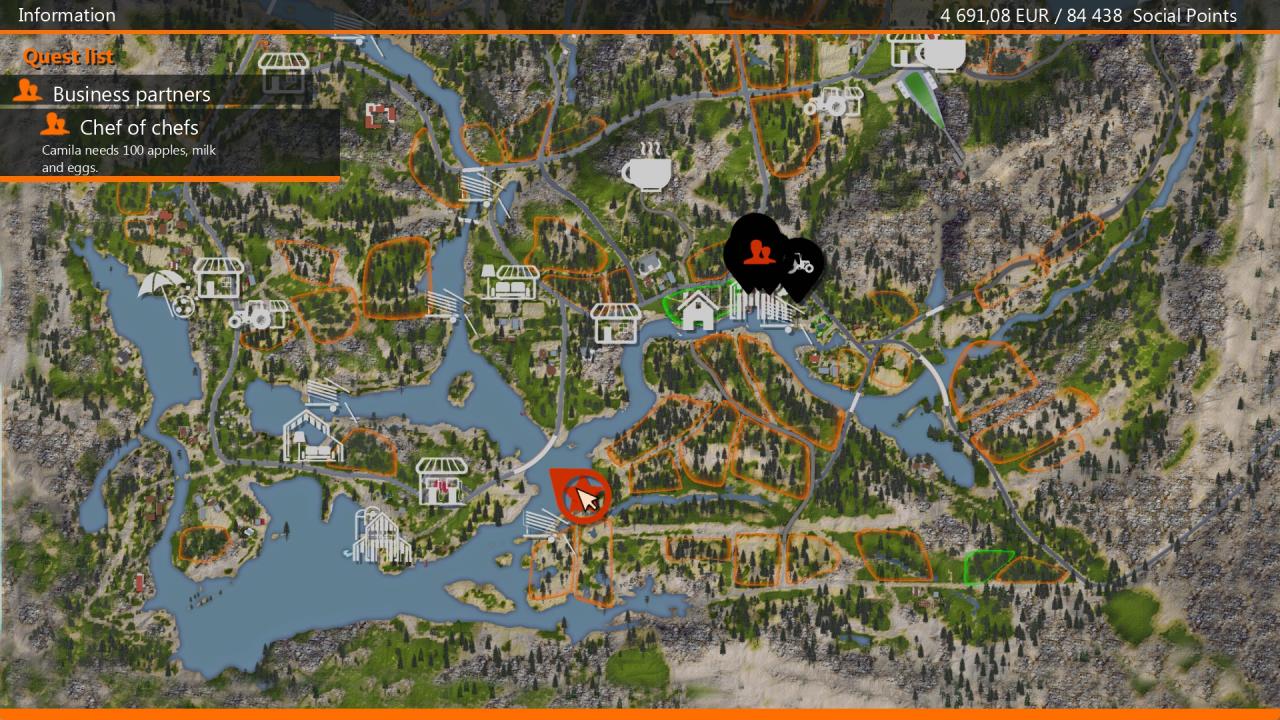 3) Right above the Furniture Factory; 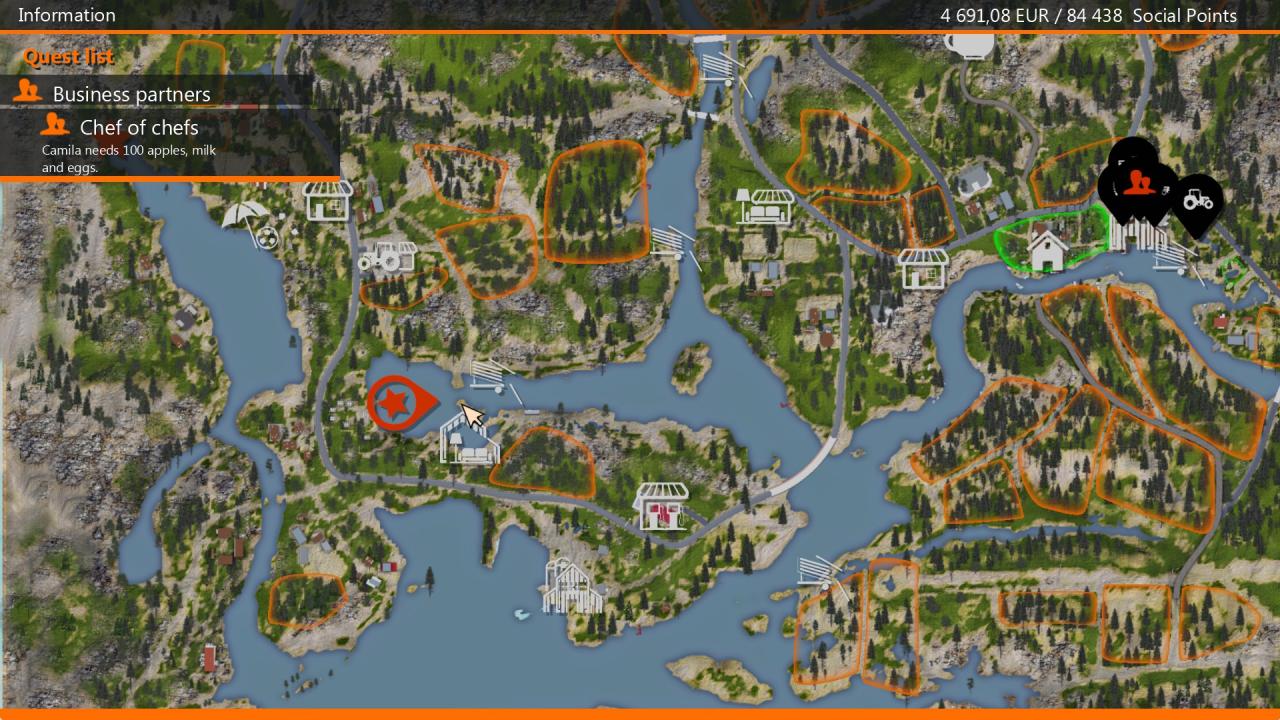 4) Under the bridge in northern part of the map, close to Chef of Chefs quest location. 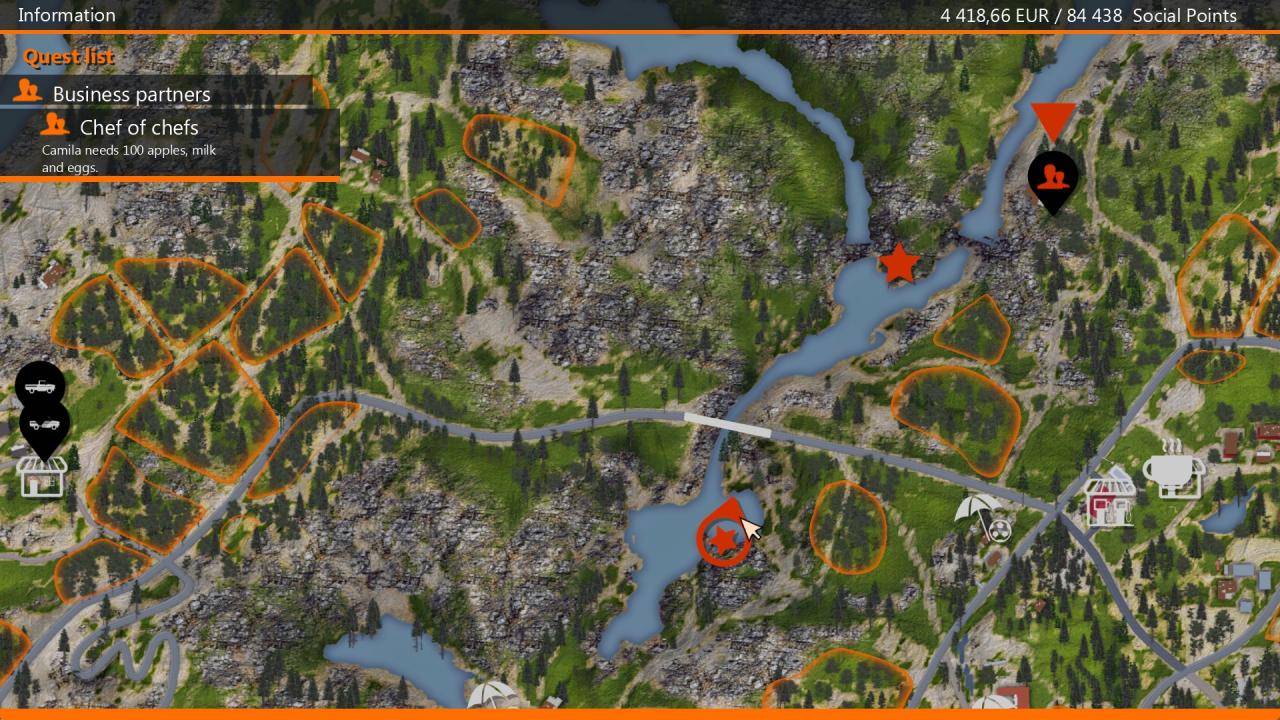 These are the 4 spots where I’ve seen Perch fishing areas:

1) Close to the center of the map, near the Hotel we can repair in exchange for a lot of food items; 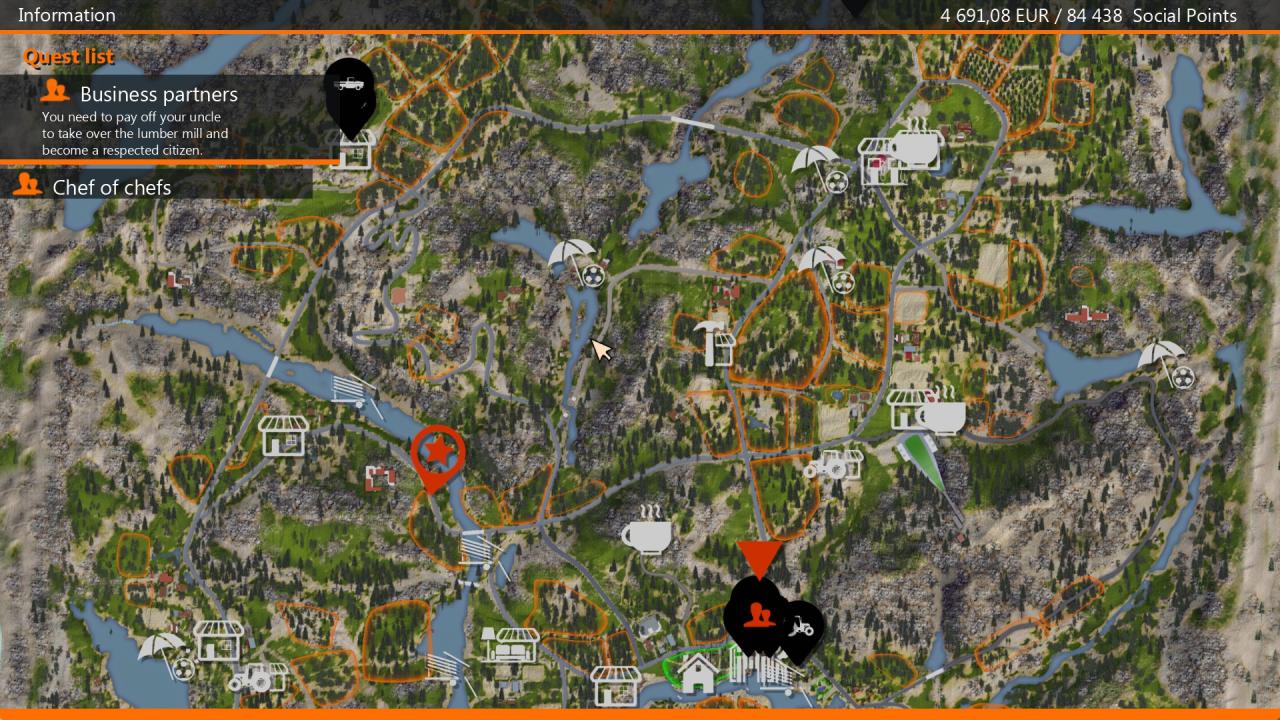 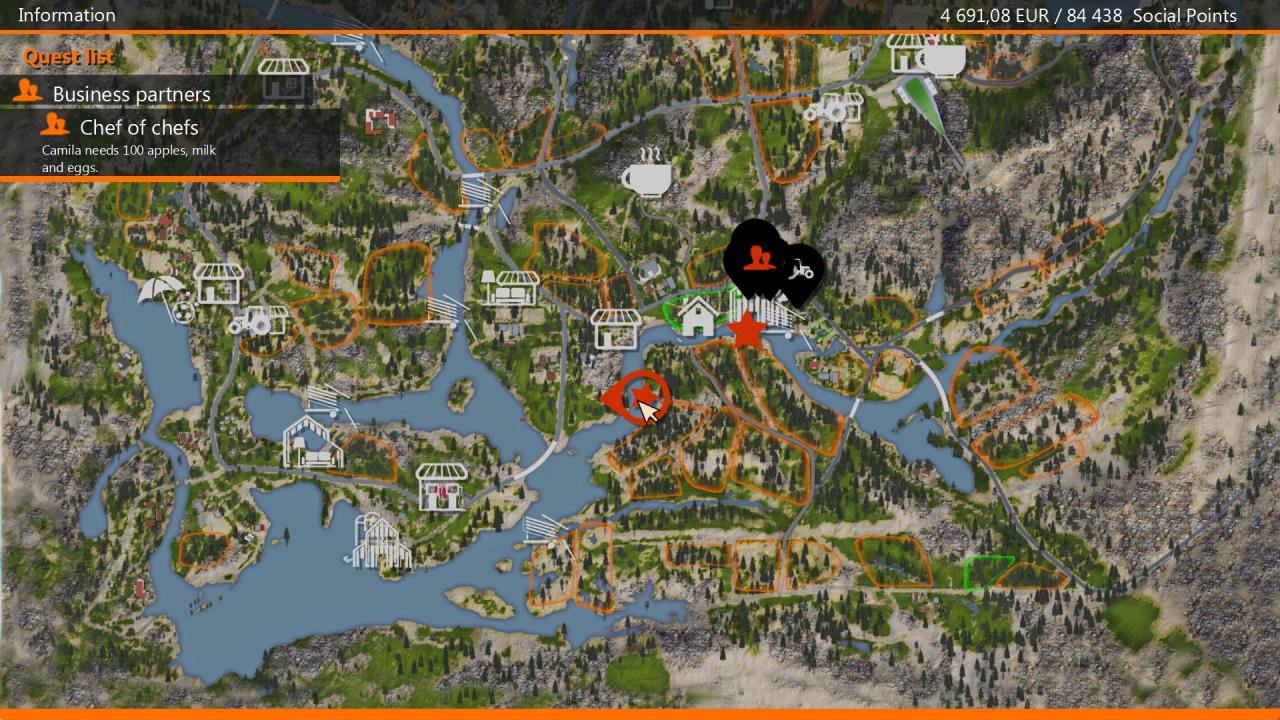 4) Just further south from Carp fishing spot #2, in the choke point of the waters. 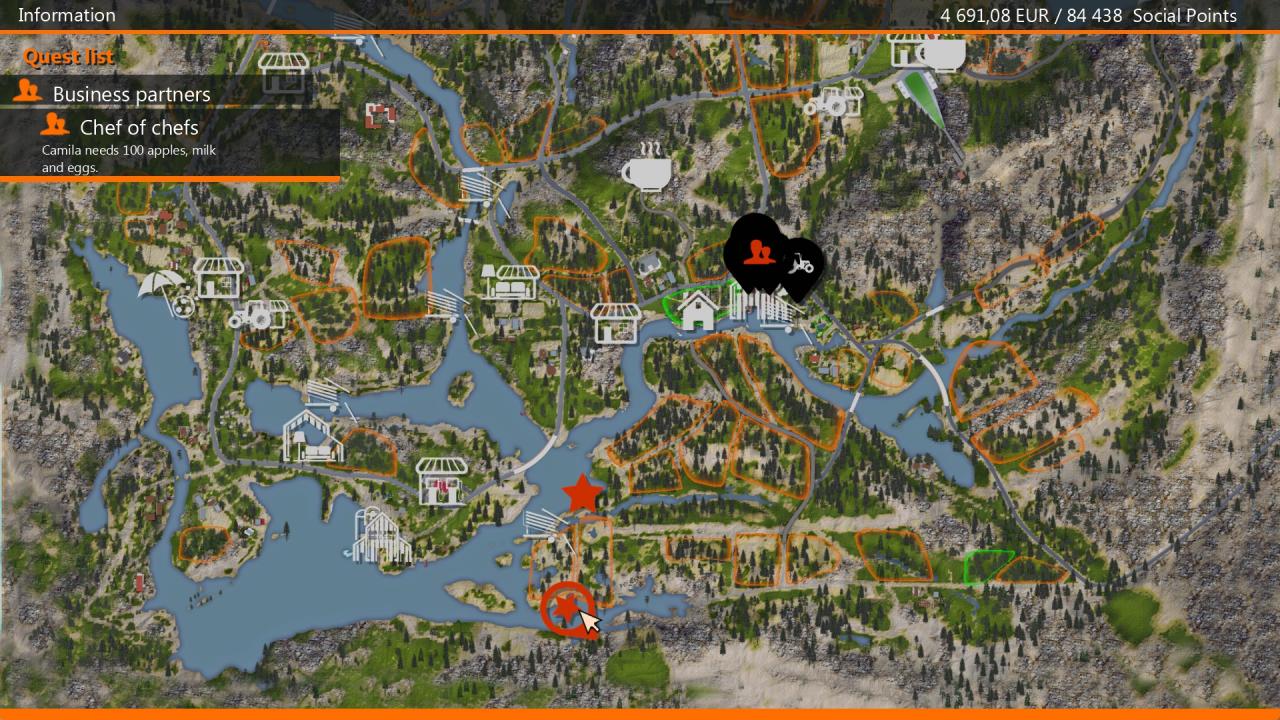 These are the only 2 spots where I’ve seen Pike fishing areas:

1) Accessible from the left end of the small island sough of lumber selling zone; 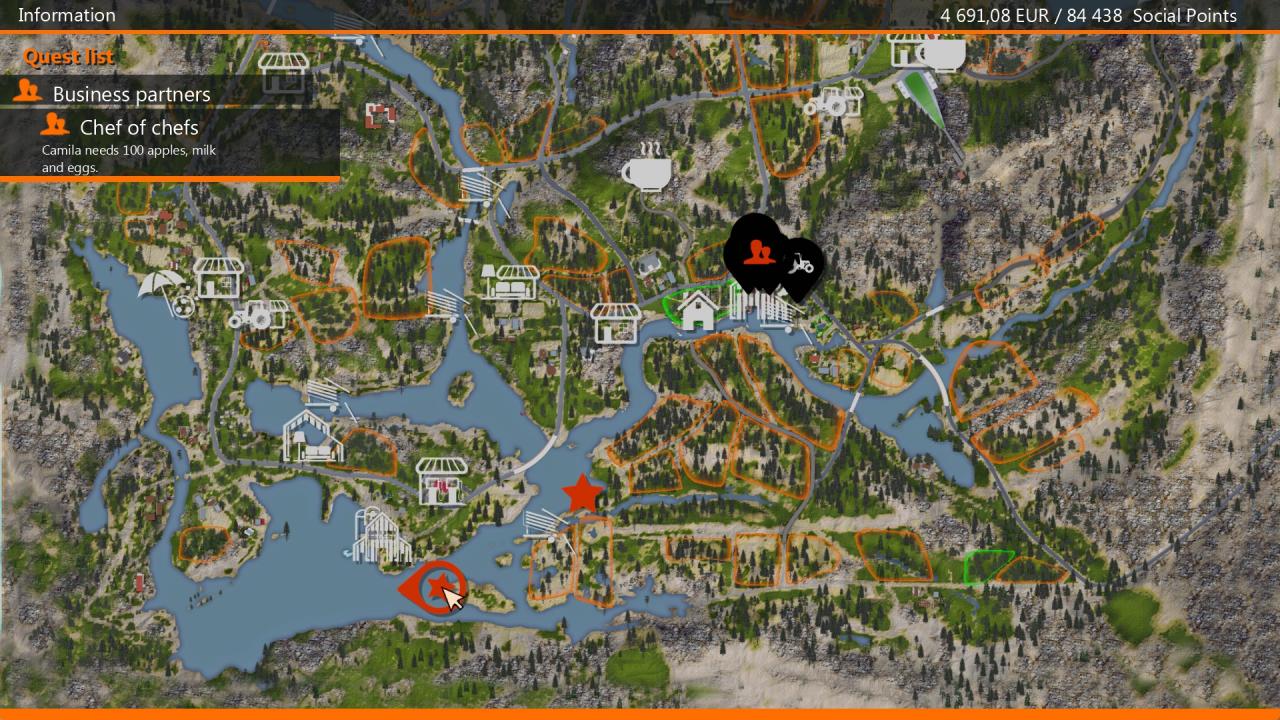 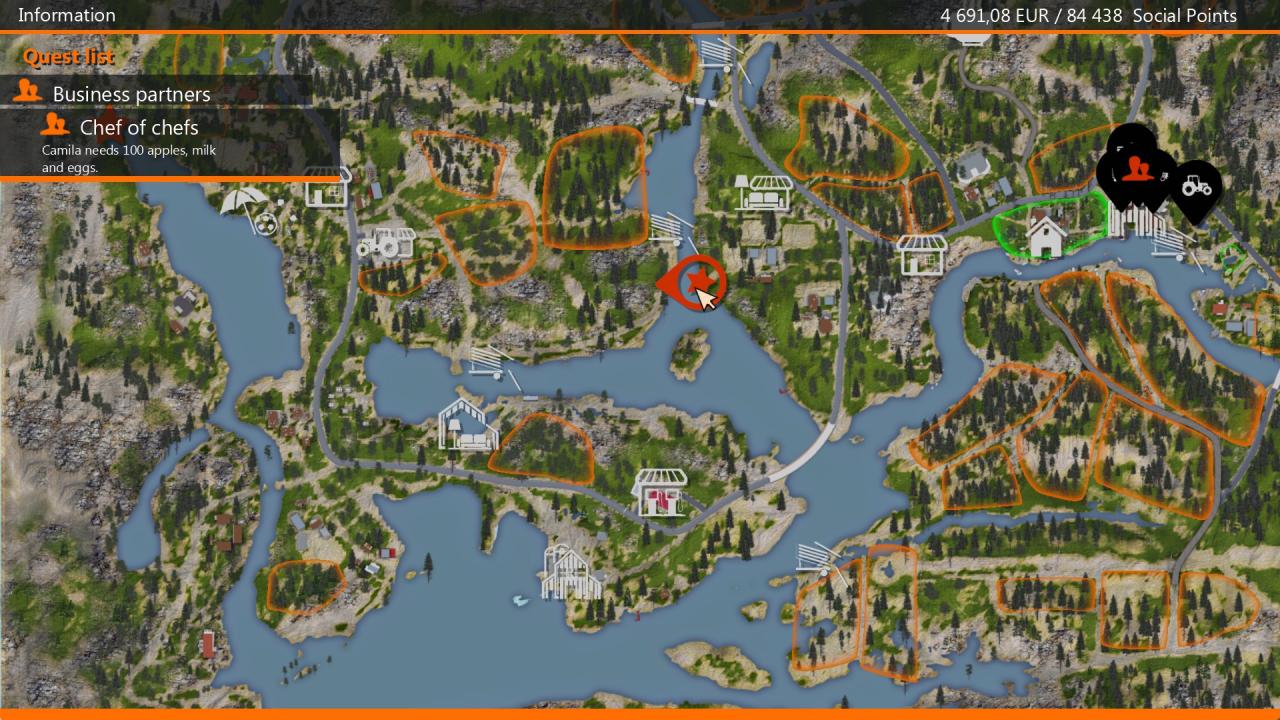