Have you cleared the game, but didn’t clear the Lord of War challenge, so now you can’t find any Scrotus cars? Here’s an easy way to destroy those 100 cars!

Farming Scrotus cars
As you probably know, once you clear the game, getting this challenge becomes very difficult because there’s a lot less enemy cars on the road, but there’s one location where Scrotus cars respawn constantly, so you don’t have to warp back and forth to get them to respawn. 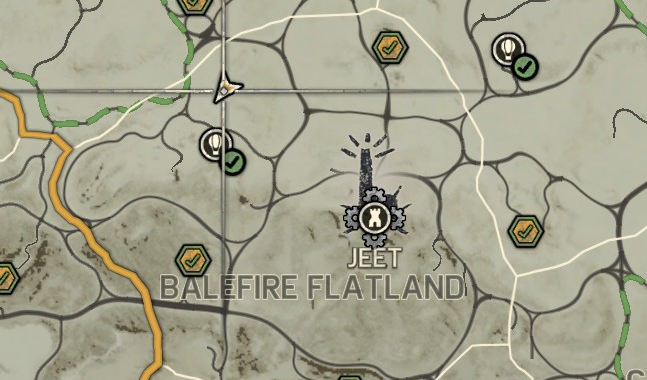 The location is slightly north of the Balloon that’s West of Jeet’s Camp. Two Scrotus cars will always spawn here.

These two vehicles have drivers, so if you get close enough, they will notice you and attack you. But you can pick them off from a distance with the sniper rifle! Just drive up around here, then snipe them by shooting at their brightly colored fuel tanks. 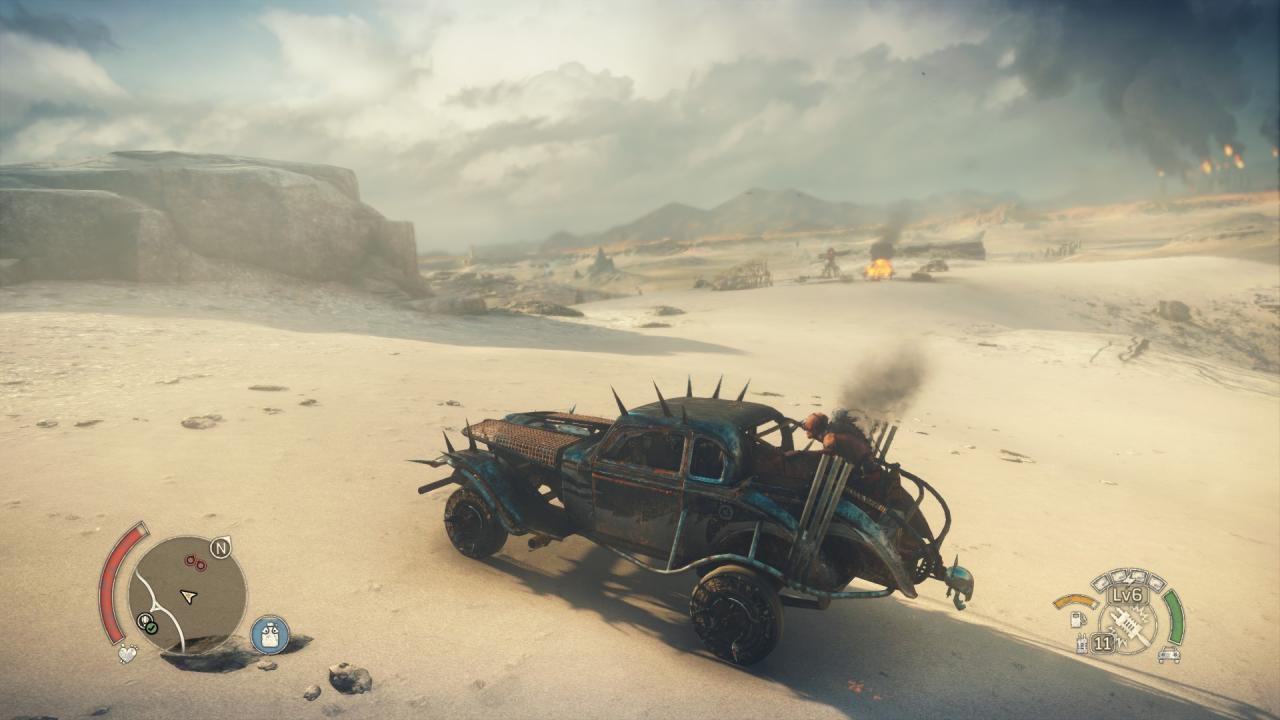 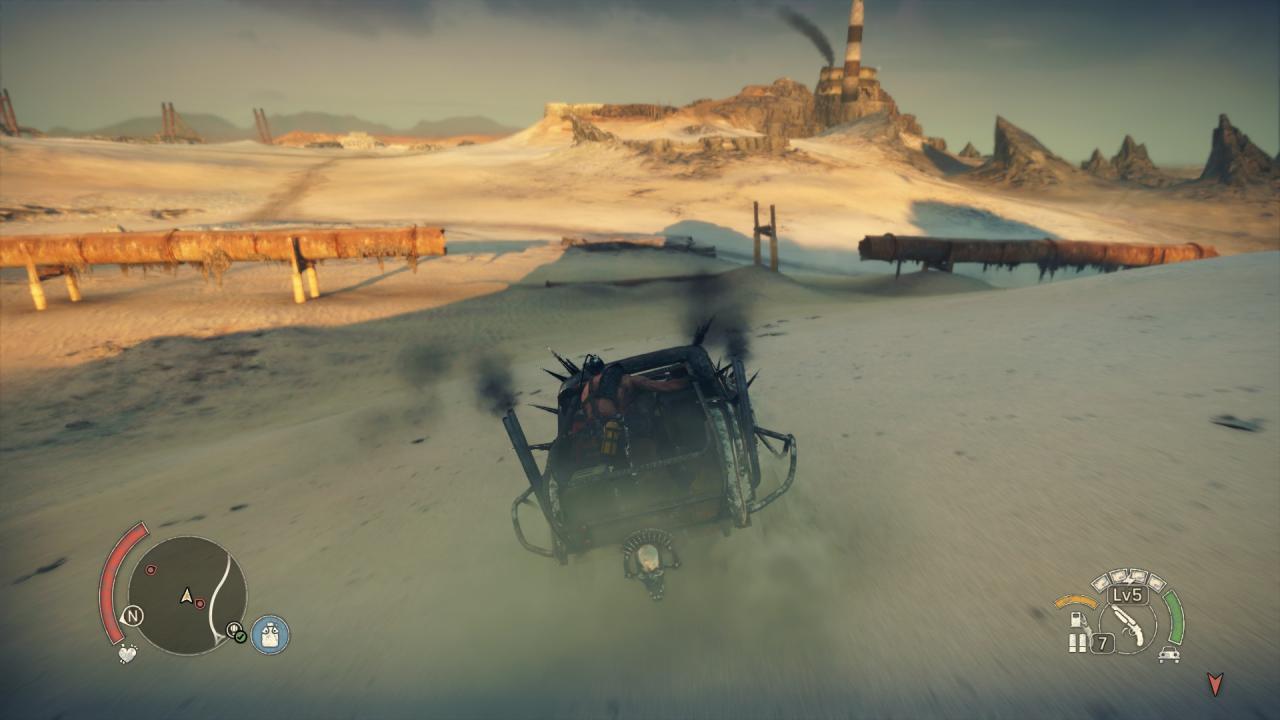 Once they’re gone, simply drive a bit east, past the broken pipe shown above, and double back to see the two vehicles respawn.

You can also shoot them with Thunderpoons from a distance, or drive up to the back of the cars and shoot the gas tanks with the shotgun, but keep in mind that this might leave you open to an attack.

When you’re completely out of ammo, just yeet back to Jeet’s camp, restock, then go back. (It’s a good idea to go back to camp regularly so the game saves your progress. Don’t be like me and assume it autosaves. It doesn’t.)

You should be able to destroy 25 to 30-odd cars per run if your Ammo quantity is at maximum. Maybe a bit more! Plus this will also fill out a few other challenges, like destroying cars with Thunderpoons.