An easier way to get the Unstoppable challenge before or -after- you’ve cleared the game.

That’s all I can stands, I can’t stands no more!
Unstoppable: Kill 8 enemies in melee combat during one Fury Mode

This isn’t as easy as it sounds. Luckily, there’s a glitch in the game that we can use to our advantage.

First off, make sure you’re stocked up on Shivs and that your shotgun is fully loaded. Now warp to the Balloon Fast Travel point at The Dump. From there, you have to drive to the base camp at this location: 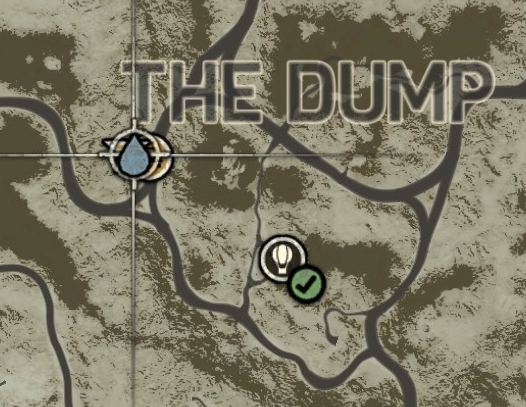 Go there and start a fight with the enemies inside. Make sure that your Fury meter goes up, but don’t let it fill. Once it’s about 3/4 filled, Fast Travel back to the Balloon.

From there, drive back to the camp you were in, but DON’T go in. Stay in the car and wait outside. 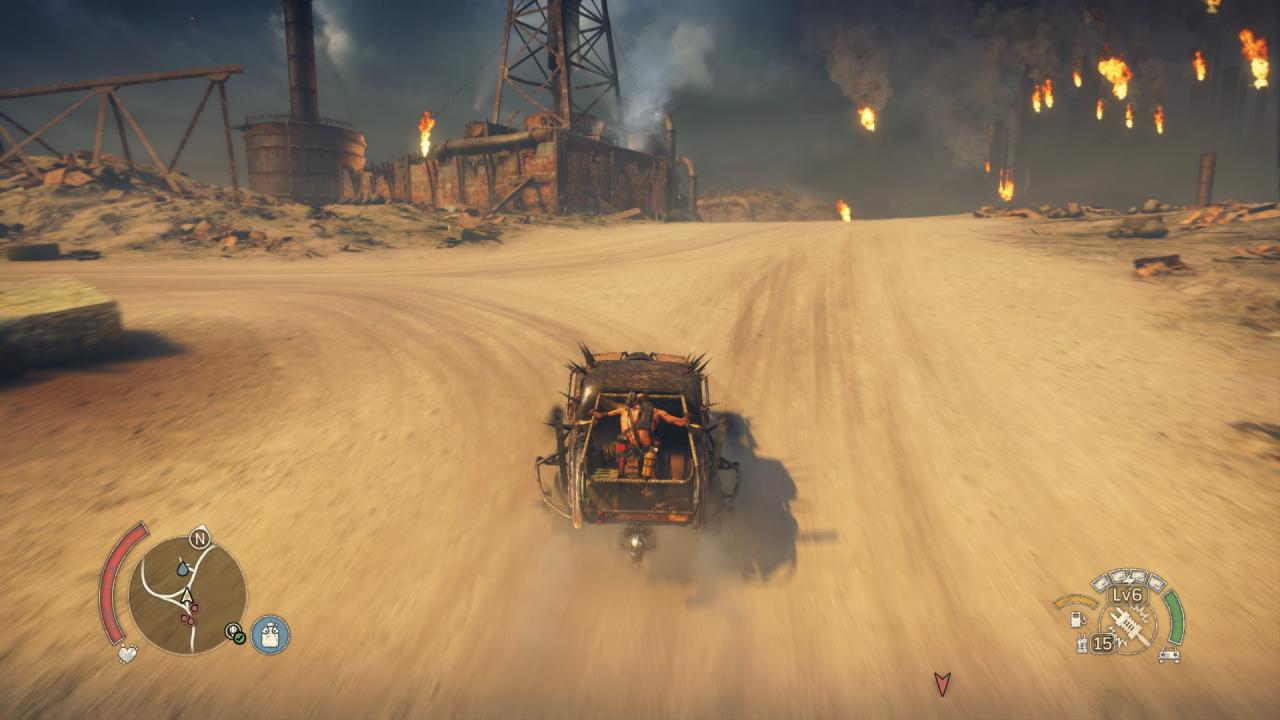 Move around a bit, until three Scrotus riders drive by and try to attack you; I prefer to stay in the location shown in the photo so they notice me, but sometimes they’ll drive past you when you’re driving to the camp. 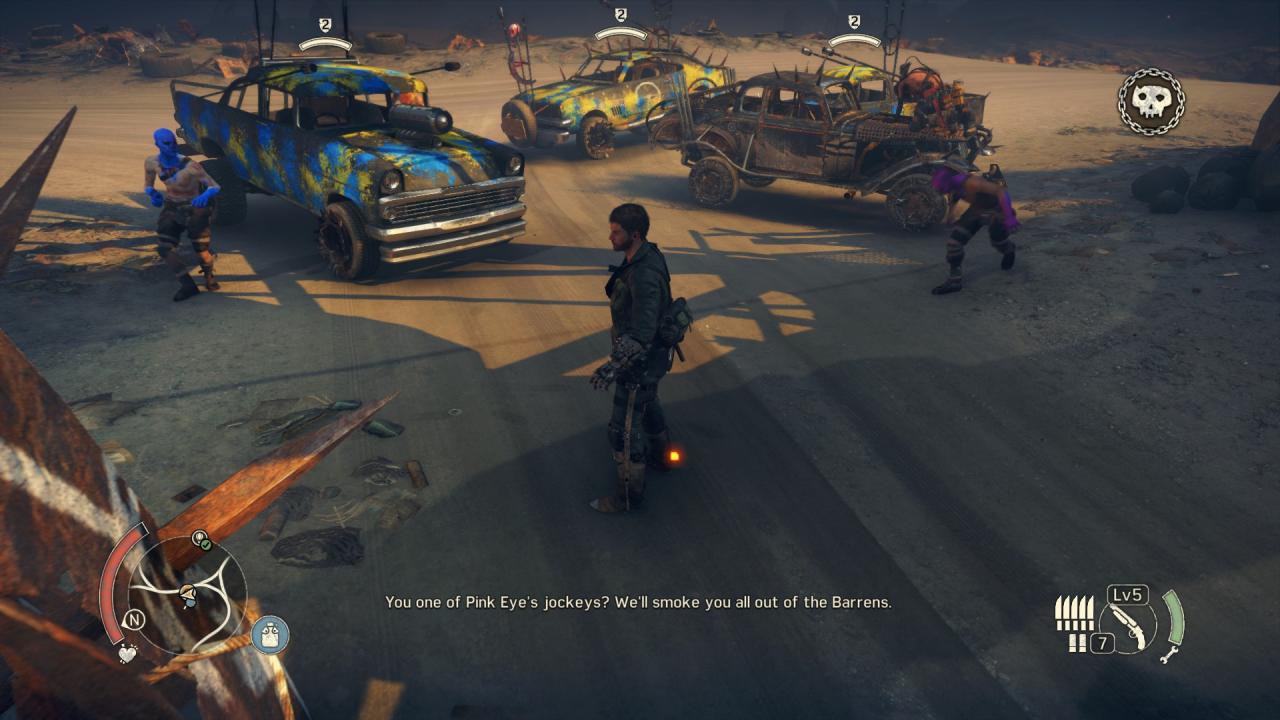 When they see you, drive up to the entrance and exit the car; the three riders will get out of their cars and chase you. 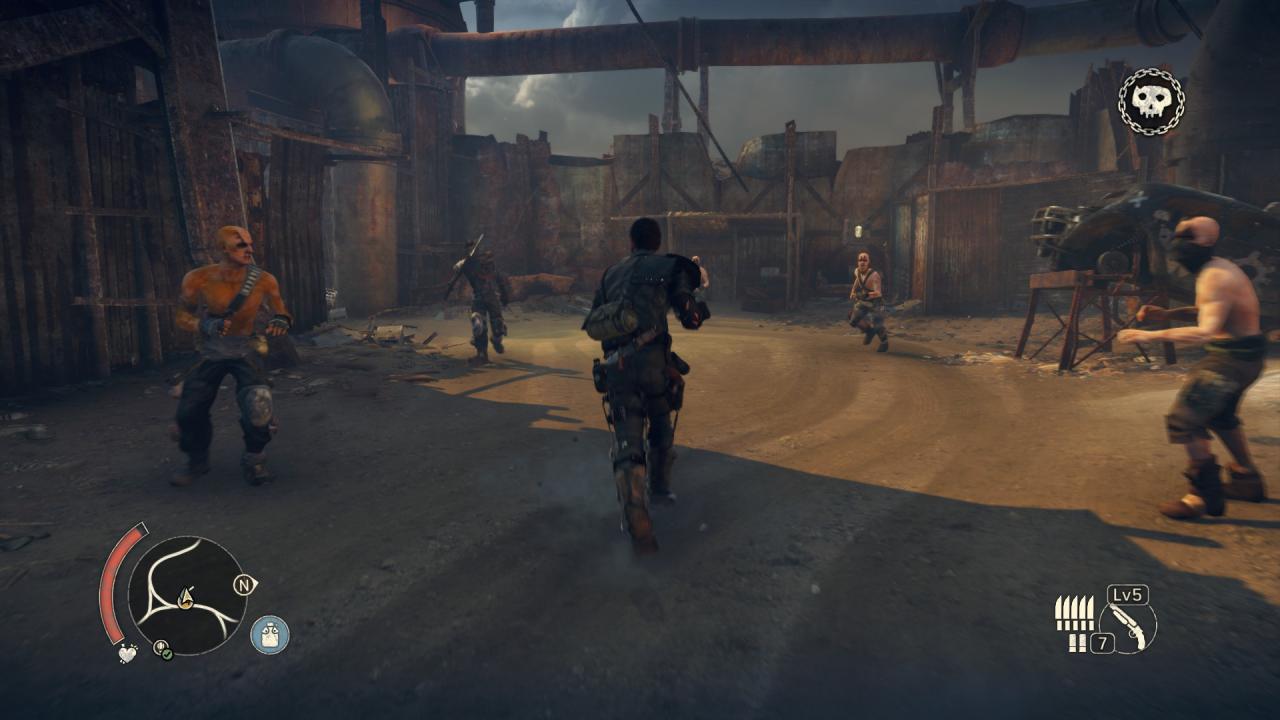 Now go inside the camp. You’ll see five different enemies waiting inside for you – one of them is holding a weapon. 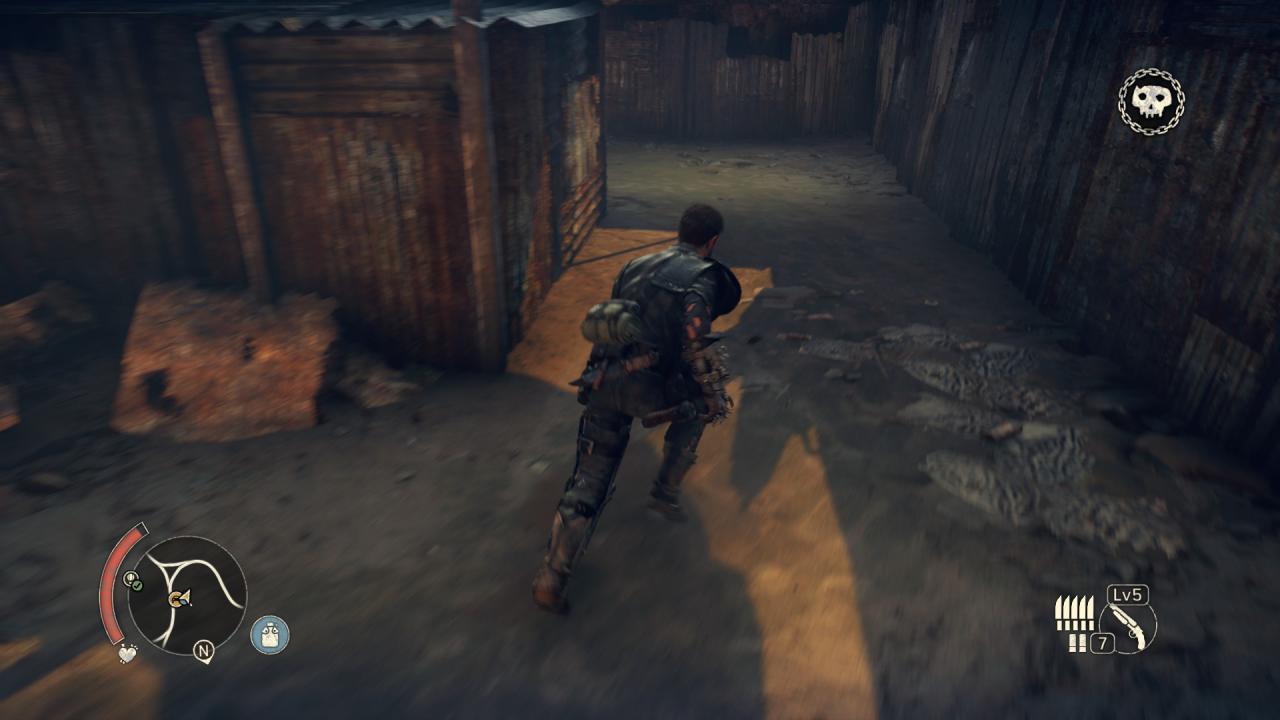 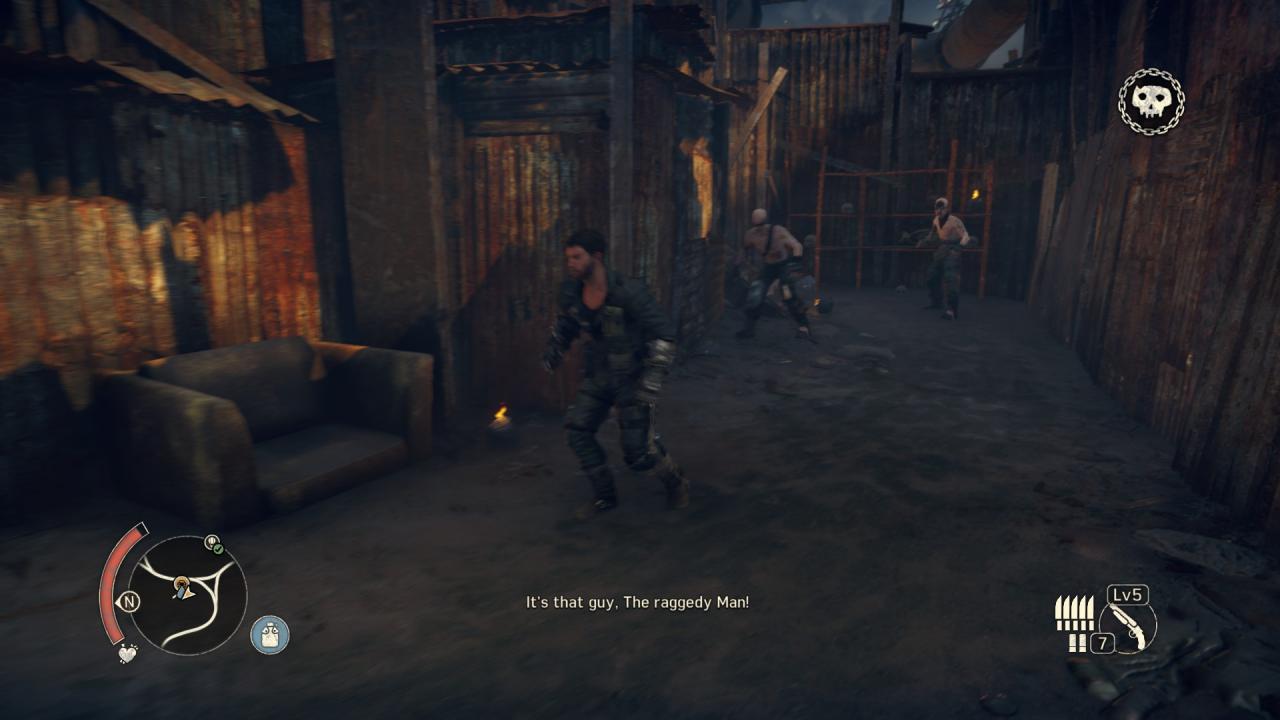 Run past them all and enter the door to the left, keep going until you see two more War Boys. Once they notice you, double back to the courtyard. 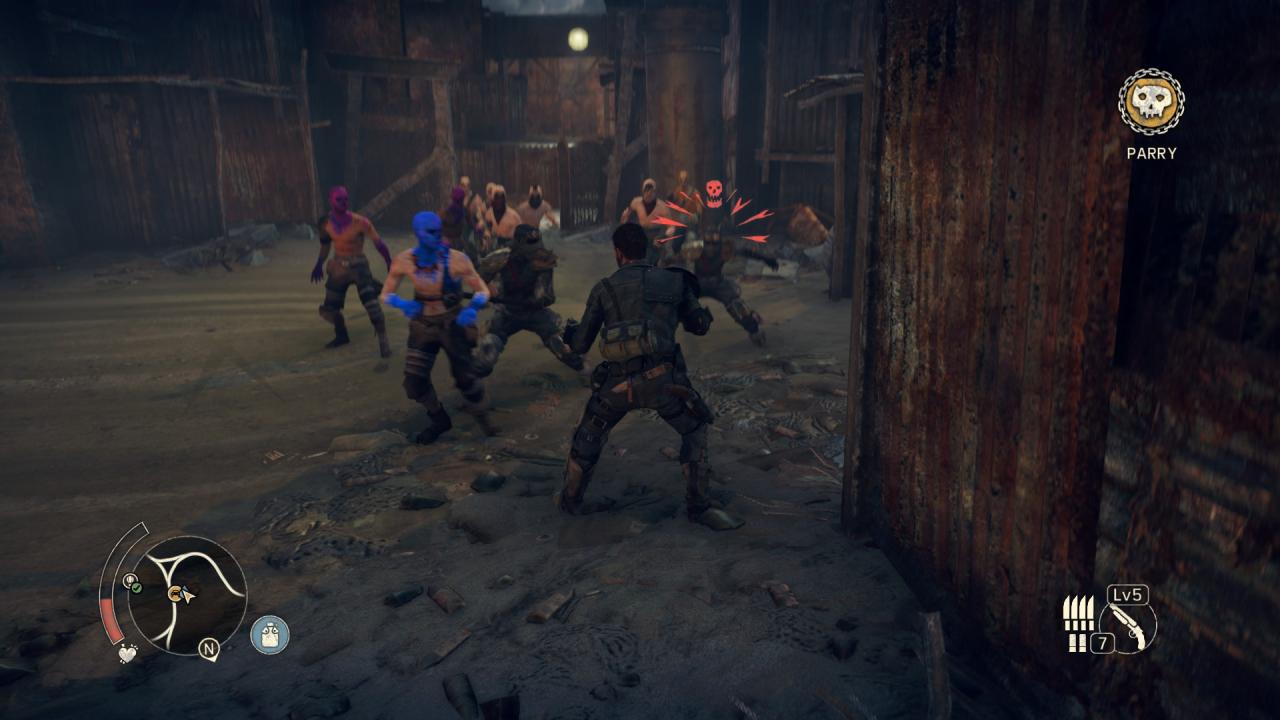 You should have 10 enemies on your tail (sometimes there’s 11?) Now you can start fighting, but -don’t kill anyone-. Hurt them and counter them to fill up your Fury Meter, and once you go into Fury Mode, THEN start killing them!

Be sure to grab the weapon (via a counter) to be able to hit multiple enemies at the same time; if a Shiv or ground execution prompt shows up, do it immediately! Those kills refill your meter and make it last longer. Also, try to get close to the yellow War Boy (the kind that dodges your normal attacks) and the masked one to hit them with Gut Shots.

If you’re lucky, you’ll be able to kill all 10 (or sometimes 11!) before the Fury Mode wears off. Once it does, you’ll get a notification that you’ve completed the challenge. And that’s all there is to it.

Remember to warp back to a Base Camp to force the game to save, don’t be like me, who shut off the game and went back only to see this hadn’t been saved.

I hope this guide is clear enough. If you have any comments, feel free to yell at me or something. Baiiiiiiiiiiiiii~