MINImax Tonyverse is a game that kind of reminds of the Castle fight map on Warvraft 3. Which is released on Dec 27, 2018 by O’olBlue Inc. this game looks like a simple MOBA game, however, it’s not. Here Gamepretty will bring the guide for the beginner below.

You cannot control the troopers in the game, but you can still control many things, Let’s look at the control guide on Youtube

This images is the game basic control on keyboard 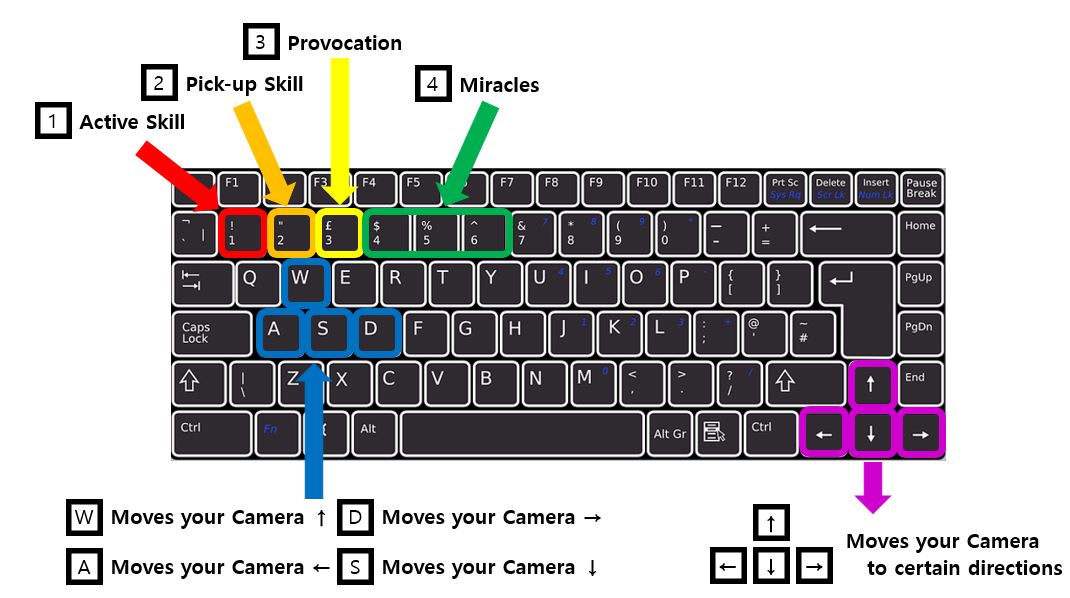 How to Active Skills? 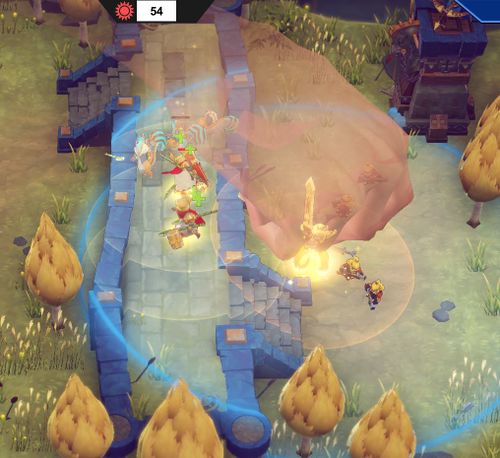 Unlike Pick-up skill, you can easily activate miracles anywhere you want by just pressing the corresponding number key and left-mouse-click to a spot in need!

However, in the cases of miracles like Rainbow Fence, Flaming Path, you will have to drag it and change its directions carefully while holding on the left-mouse-click before you use them!

Otherwise, you might accidentally build the fence at the place where you didn’t mean to!

Also in cases of champion skills like the Stormy Dash of Nia, you need to use the mouse to change its directions. 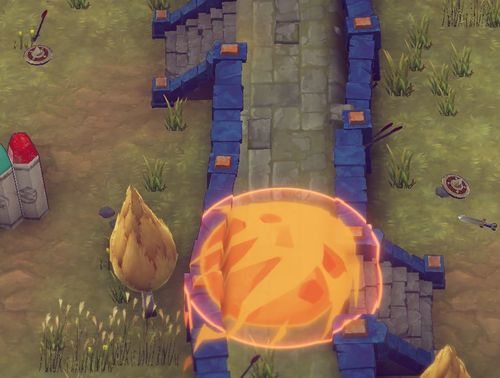 You can cancel the skills in mid-activation. For example, after you initiate the Rainbow Fence miracle to block the opponent’s characters, you find out it’s not a good timing so you want to cancel the process before actually building it. Then, you can press [ESC] or right-mouse-click to cancel it anytime.

MINImax Tinyverse is a real-time tower-rush brawler where you watch and assist your favorite champions as they battle for their realms of Tinyverse. 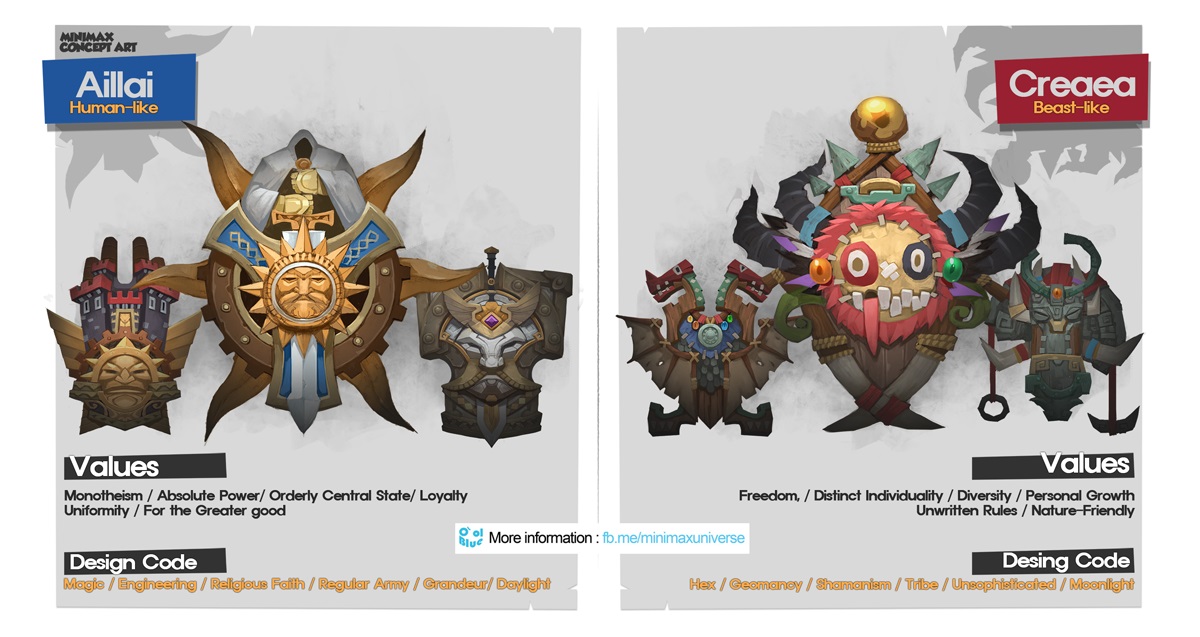 In MINImax Tinyverse you (the “max”) take part in 1v1 battles between armies of tiny 20-50 mm tall beings called MINIs. Each army has a powerful champion with unique skills and attributes, who is joined by a rabble of troopers who fight alongside them. And in the Tinyverse, you should choose to lead and support one realm of the two, Aillai vs. Creaea.

You have no direct control of your champion or troopers – they automatically walking across the arena into battle. You can affect the battle in different ways though, with you able to do things like lift the champion into the air and place him/her somewhere else, activate the champion’s special skills or even use mighty miracles such as summoning walls to block in your opponent or stairs to aid your troops’ assault.

And the tiny beings are not aware of the origins of their war against each other, but they least know that they fight for their values against the values of the opposite realm.

MINImax is basically played in 6 minutes and has following victory conditions.

The player who destroys opponents’ all tower becomes a winner.

The player who destroys more towers than his/her opponent becomes a winner.

If Both sides destroyed the same amount of tower for 6 minutes, the game goes into extra time.

Playtime of MINImax is divided into 3 phases.

Starting from the phase 1, Re-spawn time of both players’ troopers is reduced by 50%

Starting from the phase 2, mana regeneration rate of both players is increased by 50%

Starting from phase 3, both players’ mana regeneration rate is increased by 100% and re-spawn time of their Trooper is reduced by 100%

While you are playing the game, Night and Day changes every 90 seconds

Creaean troopers and heroes have penalties in their sight and attack range under the shining daylight.

Aillaian troopers and heroes have penalties in their sight and attack range under the gloomy moonlight of the night.

Champions are your most powerful and important partners in the battlefield! 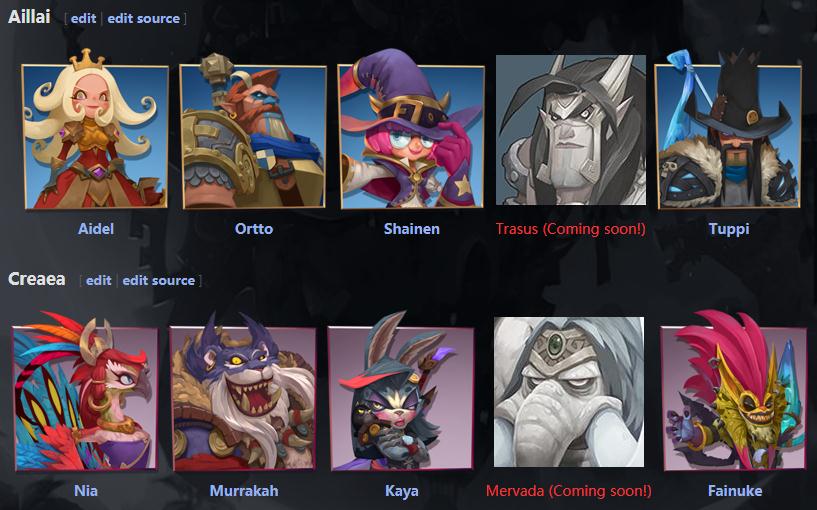 Move automatically.
However Able move them by picking them up.
(The pick up requires Cool-down time)

Able to activate their active skills by pressing the skill icon

Champions are your most powerful and important partners in the battlefield! 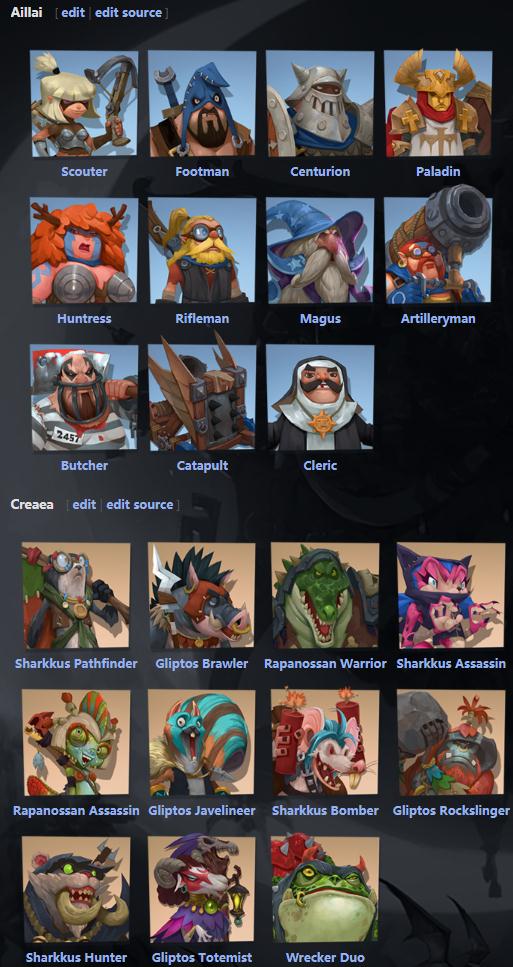 Unable to control.
All of their skills are activated automatically.

But they take less damage from siege type and magic type attacks.

But they take less damage from siege type and piercing type attacks.

The Towers have tower type armor and they take extra damage from Siege type attacks.

The heroes and objects summoned by miracles have special type armor and they don’t take extra damage from any types of attacks.

But they take less damage from all kind of attacks siege type.

By unleashing their magical power and sending mana, both players can activate

Miracles over the whole map.

All objects which are summoned by Miracles(including stairs, walls) have Special type armor.

All damages which are caused by Divine powers are considered as Special type damage.

You can also learn the guide from Steam Guide