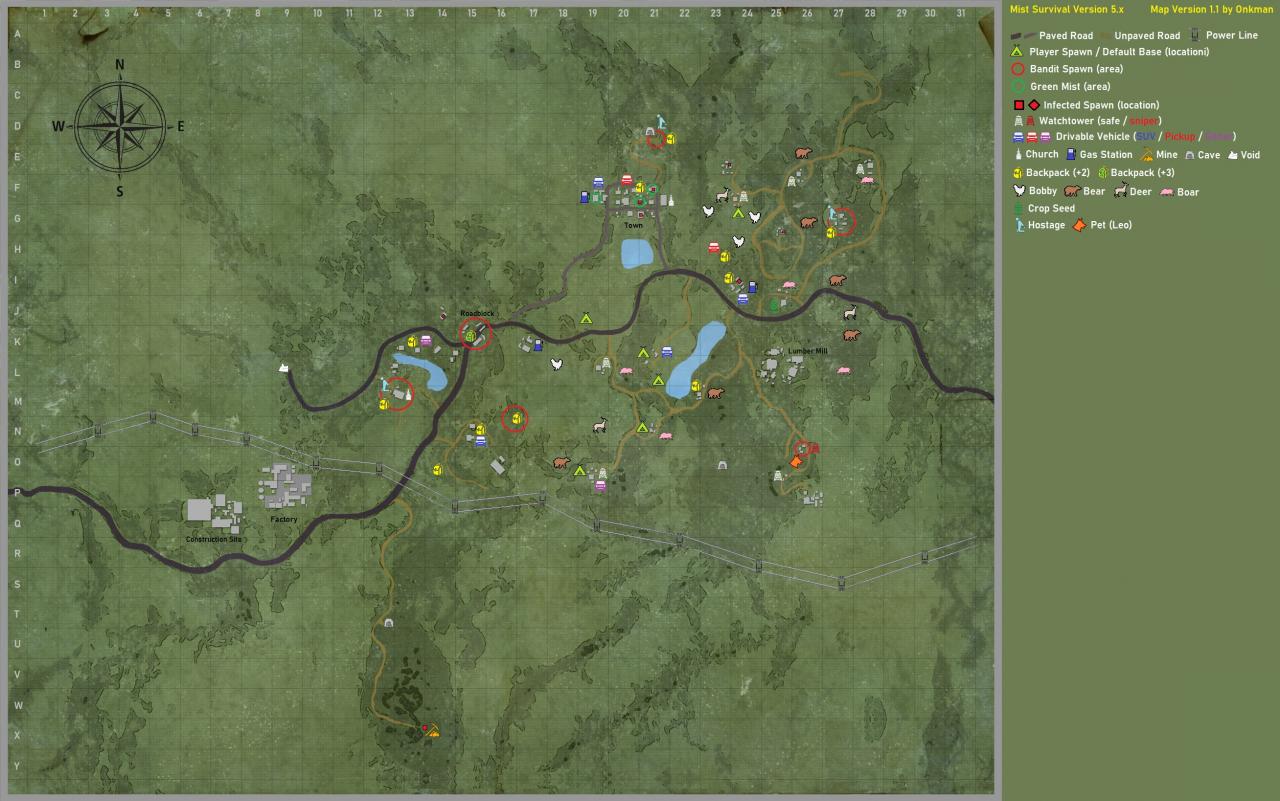 > The roads into and around town are paved (the in-game map incorrectly displays them as dirt roads).
> The structure shown on the in-game map in grid O14 does not currently exist (but the backpack does).
> Human hostages (Scott, Rachel, Jiyeon) are located randomly in various bandit camps per new game. Leo (dog) is always located at the sniper tower bandit camp.
> Some vehicles always spawn as SUVs and some always spawn as pickup trucks. Others randomly spawn as one or the other.
> The player spawn location at grid J19 is a cabin. It does not always spawn per new game. If it does spawn, then the base location tent at grid L21 will not spawn.
> Crop seeds respawn but seem to always respawn as the same type as they originally were.
> There is nothing currently at the end of the road in grid B27. Currently, the end of the road in grid L9 has a void which takes you out of the map if you pass through it.
> Even though it seems to be set up as a bandit base, the mountaintop transformer station at grid P26 does not currently spawn bandits.

Thanks to Onkman for his great guide, all credit to his effort. you can also read the original guide from Steam Community. enjoy the game.