Are you getting bored of having the big Chunks and lower mobs destroy your base and chests over and over?
The solution is simple, the idea is easy, doing it requires not a lot of skill, only a bit of speed.

It’s really easy: build in the air so high no chunk can attack it.
Easy right? Takes a bit of time and effort, but usually, when you need a base for storage, you are high-level enough to do it in about an in-game day.
Just start with a foundation and build your preferred scaling block into the air.
Since the theory is really easy, doing so has a lot of problems to consider.
As the first to write a guide, i will share what problems I encountered:1: having one of the stability points (where the stability paths touch the ground) below the base itself.
You might already understand from jumping around the map that mobs spawn on the ground below your position at night. This applies also when you are in the stratosphere.
So do not connect your base with the floor vertically, that position would get attacked whenever you come into the AI-movement distance. And boy, those guys stack a lot if you take your time in the base: 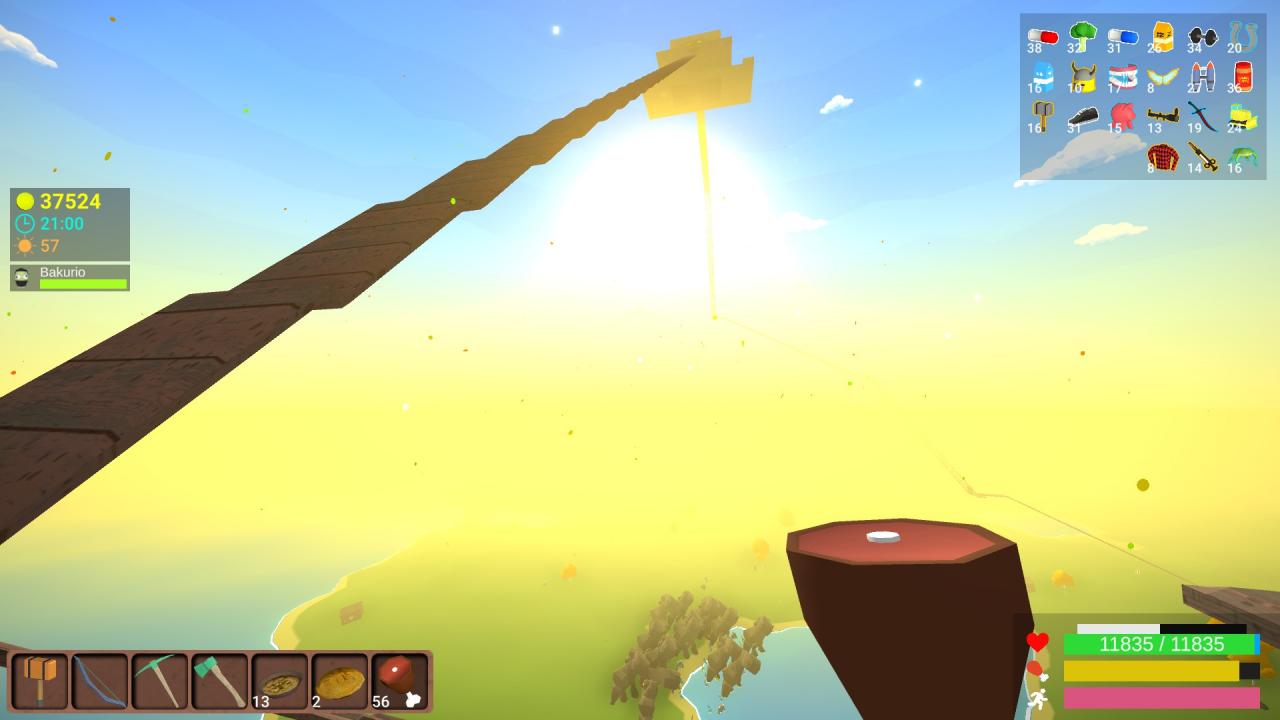 2: understand that flying monsters will still come over if you stand in base long enough.
It’s not like those are a problem at this point in the game, it’s more that YOU KILLING THEM is the problem. Since if you trigger the lightning, your base’s wood planks will simply break and rip a hole in both your base and your heart.
It’s not a big problem if you made good placements, as workbench, chests, and so on will simply float where they stand, but if your “lucky” attack on a flying mob was close to a chest, you can expect it to drop all its stuff to the map below… 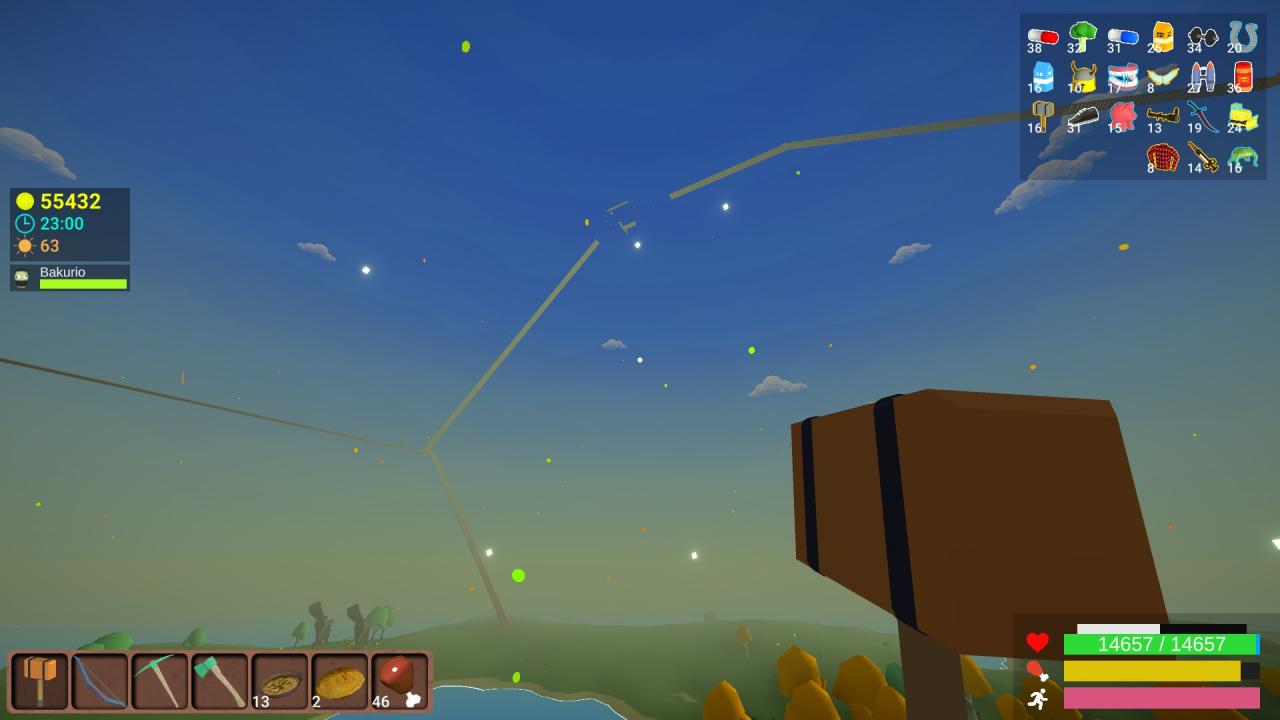 3: having too few stability points will make your base vulnerable… In the picture above you can see the 2 pathways still holding, just imagine your base had only one path and that got disconnected…
Anyway, build a lot of paths, interconnect them for safety and of course set the connections to the ground far away from each other… Also calculate your maximum height, since you might want to reach the base with jumping instead of using the paths… having a midway point to reset your jumps would also be a good idea.