My Memory Of Us A Holocaust Story With Nazi Robot Soldiers 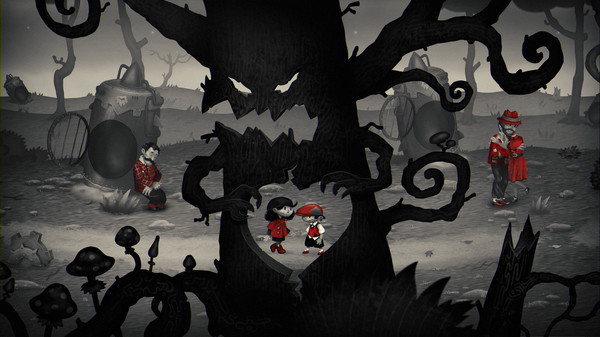 My Memory of Us will be released in October 9, 2018 for PC, PS4, Xbox One and Switch by its developer Juggler Games, It’s a story based on Second World War Holocaust, times of terror, pain, and exclusion in a world where people were forced to live in two artificially detached worlds with robot soldiers and a evil king.

“My Memory of Us is in fact a tribute to our loved ones. We wanted to tell their stories to the world, about their tough childhood experiences; about their nostalgia, their longing for real friendship, and about together opposing the great danger that is war. One day the Evil King simply changed all the rules. He segregated people – some were marked as better, others as worse. He created his own rules and harshly punished anyone who was brave enough to oppose him. Our protagonists don’t agree to this new way of things, to the terror of the tyrant and his army of robots. They decide to find their own paths in this gloomy, yet fascinating world.”

Along with this trailer:

My Memory of Us Teaser Trailer

A Moving Story About Friendship And Love

My memory of US is about a moving story, set in historical realities, about friendship and love in dangerous times, with the beautiful, sketch-like graphics inspired by naïve art. Players can take control of two characters, a boy and a girl with different skills and abilities, or control them as a pair. In the game, there is a grotesque tale mixed with bittersweet humor with a dialogue system built around the language of symbolic pictures and players need to solve various logical puzzles in 2.5D and learn the deeper meaning that the story offers.The events shown in the game are based on actual stories from war.

My Memory of Us – gameplay trailer

Graphics: AMD/NVIDIA dedicated graphic card, with at least 1024MB of dedicated VRAM and with at least DirectX 11 and Shader Model 4.0 or 5.0 support. ATI/AMD HD 5750 and NVIDIA GeForce GTX GTS 250 or newer architectures are recommended

Graphics: AMD/NVIDIA dedicated graphic card, with at least 2048MB of dedicated VRAM and with at least DirectX 11 and Shader Model 5.0 support. ATI/AMD Radeon HD 7870 and NVIDIA GeForce GTX 650 or newer architectures are recommended.

We will update latest news about My Memory of Us as well.