Payday 2 new update 200 is now available on Steam. Here is the location of The Churros, Its on the Chandelier above the main entrance.

The location of the Churro is in the main entrance on top of the chandelier, You can get there by going up the stairs and jumping onto the chandelier. Im not sure If there are more but here is one i know of. 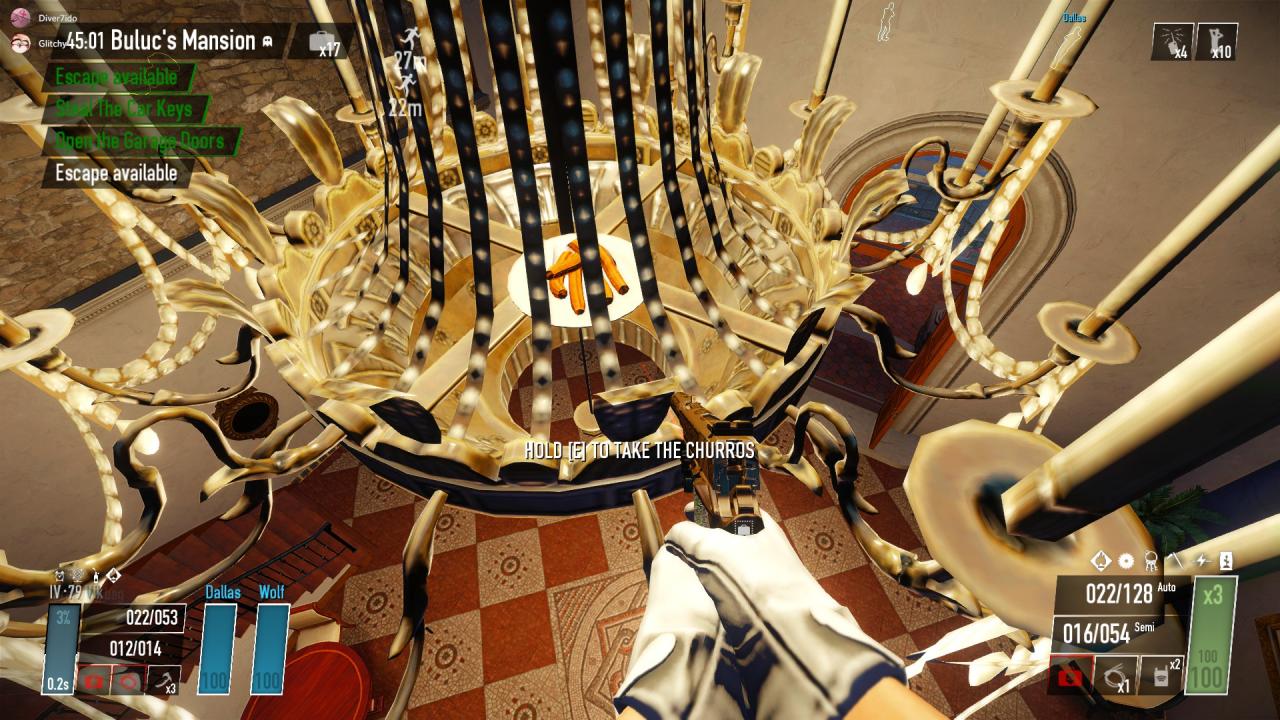 Updates may be incompatible with the mods you may have installed. Even seemingly unrelated mods may cause unexpected issues.