This guide seeks to explain the basics of the new Multi-weapon system introduced in New Genesis. From my experience, many of the details involved in this system are not adequately explained by the in-game tutorial, leading to a number of fundamental questions left unanswered for new and old players alike. My own search for answers left me scrambling across the internet for information, so here are my attempts to consolidate my findings and the results of some basic in-game tests.

With the release of New Genesis (NGS), we got access to the new Multi-weapon system, expanding the game’s weapon upgrade options.
What is a Multi-weapon?

How can I make a multi-weapon?

The creation of multi-weapons is locked behind main story quest progression. Following your return from the Vanford Laboratory Ruins, you will soon after receiving a quest where you are given the resources needed (weapons excluded) to craft a 1* rarity multi-weapon with the Item Lab Enhancement Technician.

What are the pros and cons of using a multi-weapon?

Crafting a multi-weapon requires two NGS weapons from the same series, 10 Photon Quartz per rarity level, and 50,000 N-Meseta per rarity level. The multi-weapon will take on the name, enhancement level, augments, potential, and damage type (melee, ranged, technique) of the base weapon (the first of the two weapons chosen) used to build it. See kosnag’s map[ngs-map.kosnag.ru] to find Photon Quartz (as well as any other resource) nodes.

Identifying a Multi-weapon
Multi-weapons are labeled with the two weapon types used to create them, in both the inventory menu and item details (shown below). 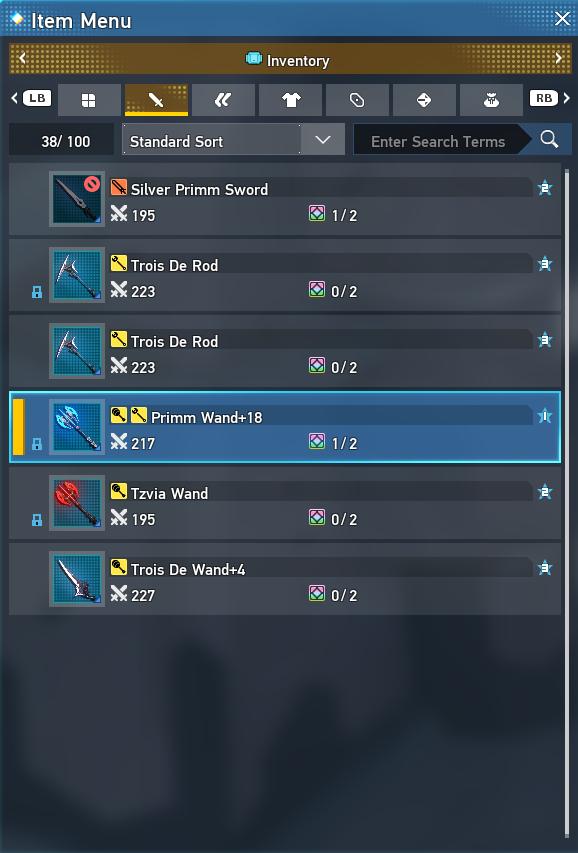 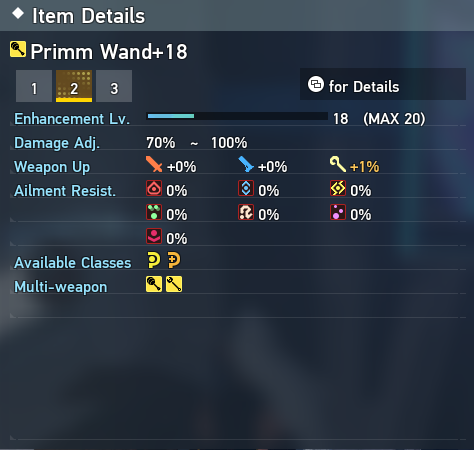 Which classes can use a particular multi-weapon?

A multi-weapon can be used by any class combination including a main class or sub-class that could wield one of the two weapons composing the multi-weapon. So, for example, if you made a multi-weapon composed of a Sword and Rod, you could use it so long as you had either Hunter or Force as your main or sub-class. Do note however that a particular weapon’s PAs are tied to its associated class. So if you use a Sword/Rod (base/sub) multi-weapon on a Force/Fighter (main/sub) loadout, for example, you would not be able to use Sword PAs.

How do I switch “modes” while using a multi-weapon?

You can switch to a particular mode of your multi-weapon by using a weapon attack, weapon action, or weapon PA associated with that weapon type. Continuing with the Sword/Rod multi-weapon example, I could bind the Rod weapon attack to my Weapon Palette and use it to switch to the Rod mode.

Why would I want to switch modes, except to use a given action?

Photon Blast currently lacks a weapon-specific palette option. So if you want to use a specific weapon’s Photon Blast, you would need to first make sure that your character has the given weapon mode equipped at the time that Photon Blast is used. Also, the in-built weapon action keybind (separate from the palettes) works based on your existing weapon mode.