An introdution to trade routes. How to set them up and how they work.

This is an advanced guide and we expect that you are already familiar with the basics of the game (building a city, producing goods….). It will cover how to create a trade route to automatically transfer goods between planets.

First you have to open the trade routes menu using the button in the bottom left toolbar (third button from the left, same icon as the icon of this guide). 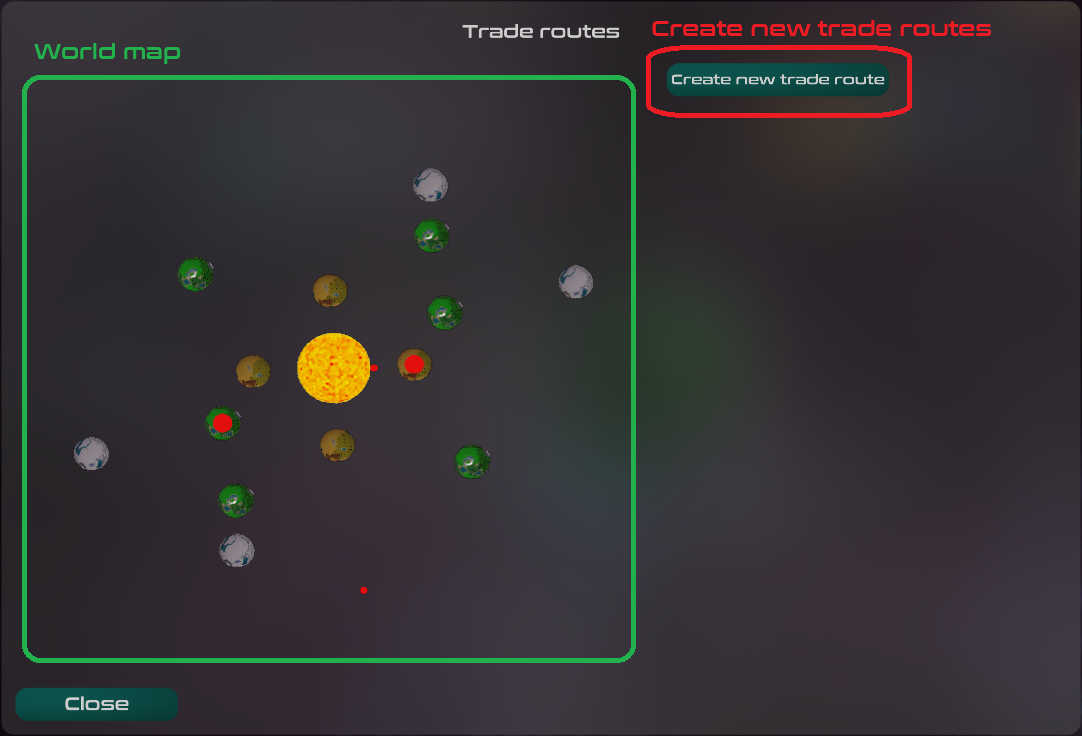 A trade route needs at least to colonies and at least one ship to function. You can add a spaceship by clicking on the appropriate button. It will open a list of free spaceships that you own. Spaceships that are already part of a trade route will not be part of that list. Next select a free ship from the list and click on it to add it to the trade route. 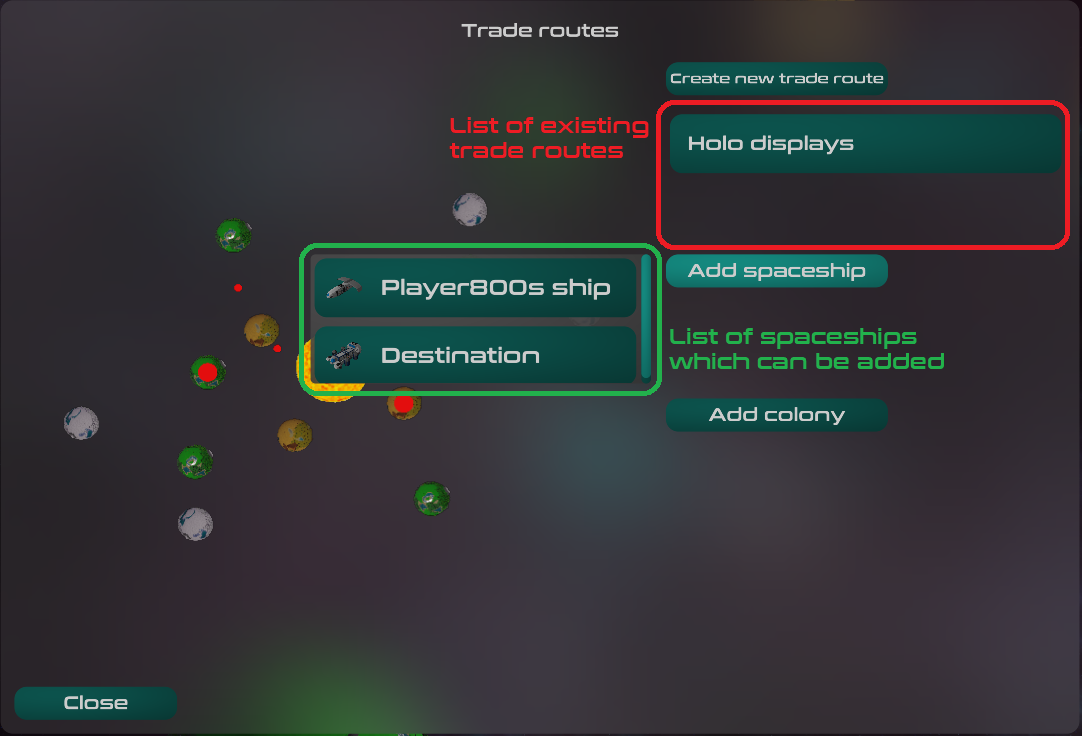 After you have added at least one spaceship you can start planing your route. To do that you have to add at least to colonies. You have to ways to do that. You can either add the colonies by clicking on the appropriate button and adding the colonies you want to transfer goods between or you can click on the planets on the minimap on left side. 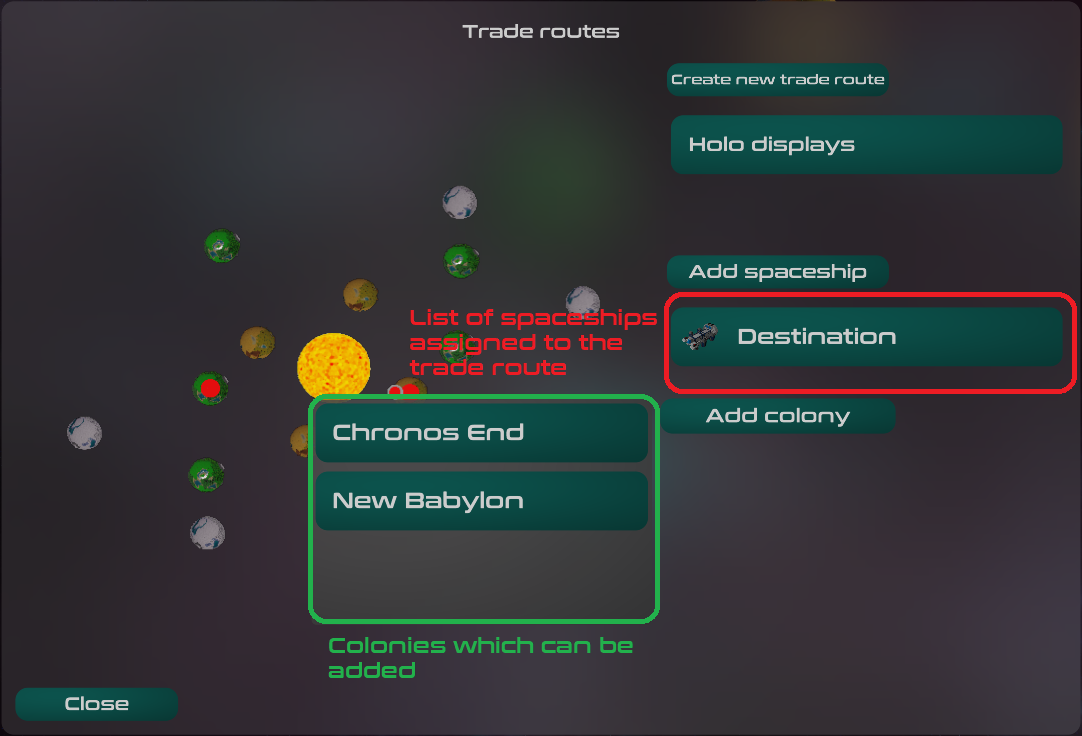 Last but not least you have to specify which goods should be transferred between the colonies. To specify what the ship should load or unload at a colony, click on one of the “?” butttons for a colony and select the good to transfer. The button will then be replaced by the selected good. Below that good there will be to options to adjust. The first is a number box where you can select the amount of goods that should be loaded/unloaded each time the spaceship reaches the spaceport of that colony. The second is a button which specifies if the spaceship should load the goods from the spaceport or unload the goods to the spaceport. In case the icons arent clear enough, just hover over the button and it will show you its current state (Load/Unload). 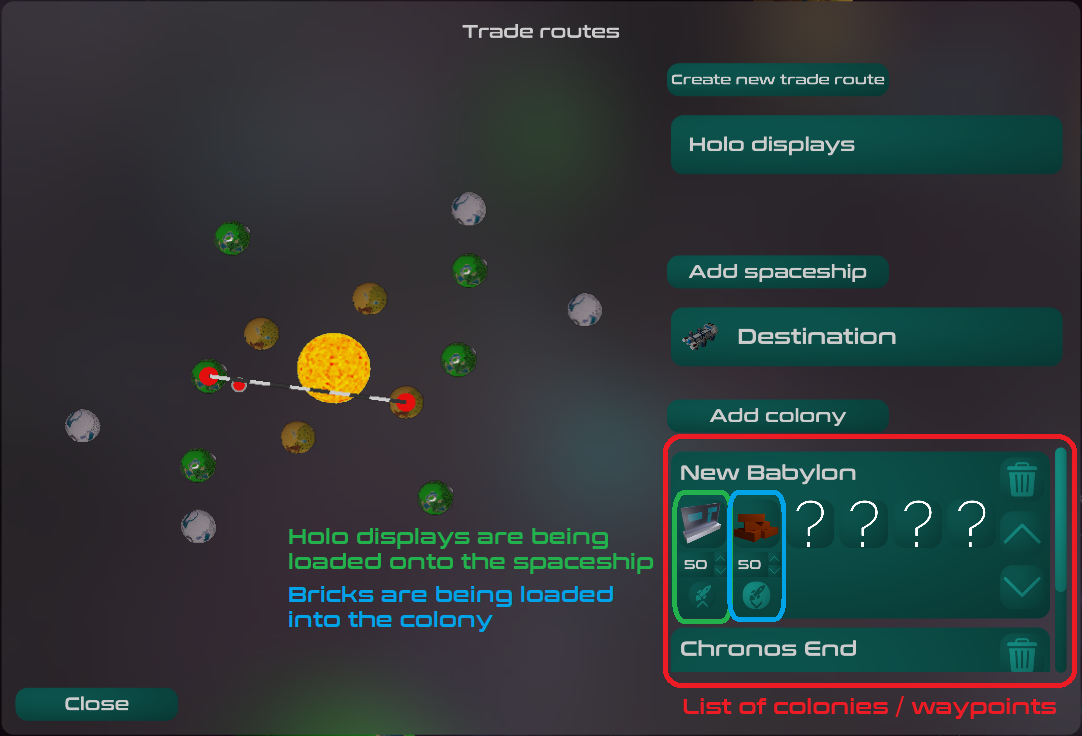 Thanks to TeamJA for his great guide, all credit to his effort. you can also read the original guide from Steam Community. enjoy the game.