A guide to unlock the “Story Complete” achievement.

The least obtained achievement. It’s not so hard, but I think it’s pretty confusing, considering that the game doesn’t state how many endings there are or how to get them.
To keep the process of achievement tracked, check the photos of each ending dialogue and scene enclosed in this guideline.

So, there are 6 endings: we have 1 ending for completing the stage 6-C (which implies playing the game very badly), 3 endings for completing the 8th stage (they are triggered by differents % of enemies destroyed), and last but not least, 2 endings for the true last boss (which requires to complete the full run of the game and having at least reached stage 8-A or 8-S, with Raiden’s weapons fully upgraded).

Difficult doesn’t matter, so you can do everything in “Practice” difficulty. 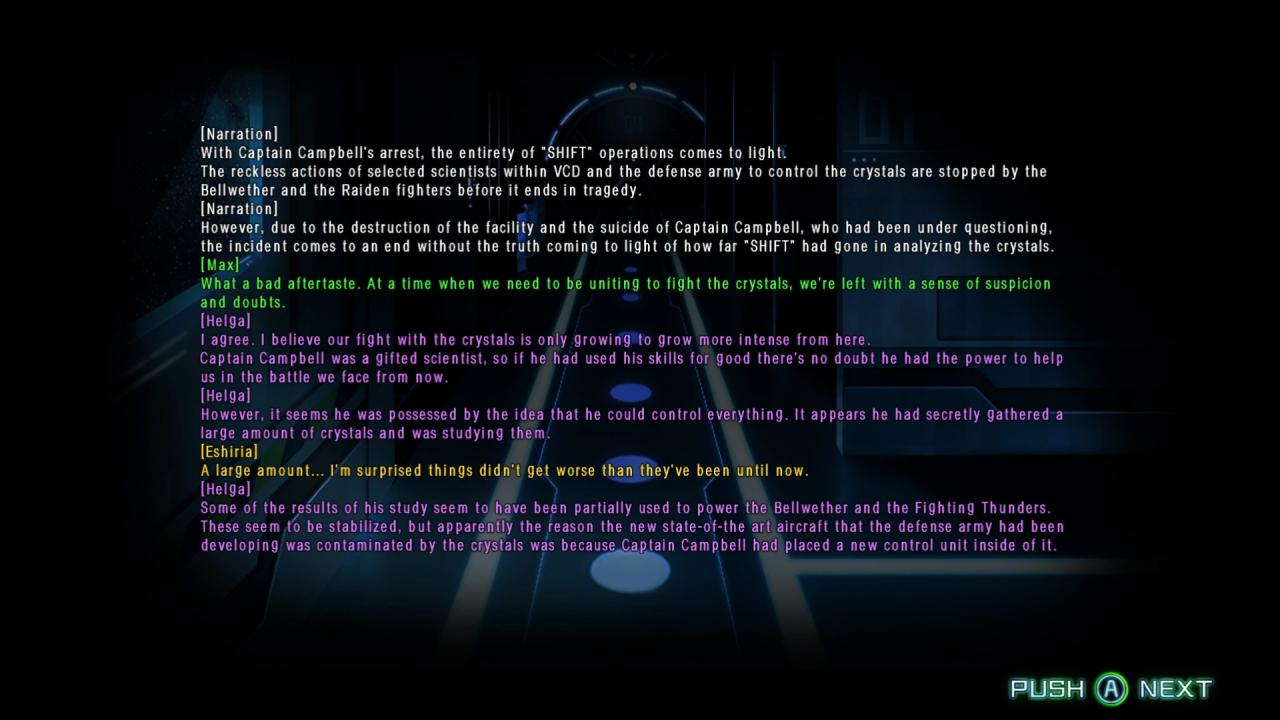 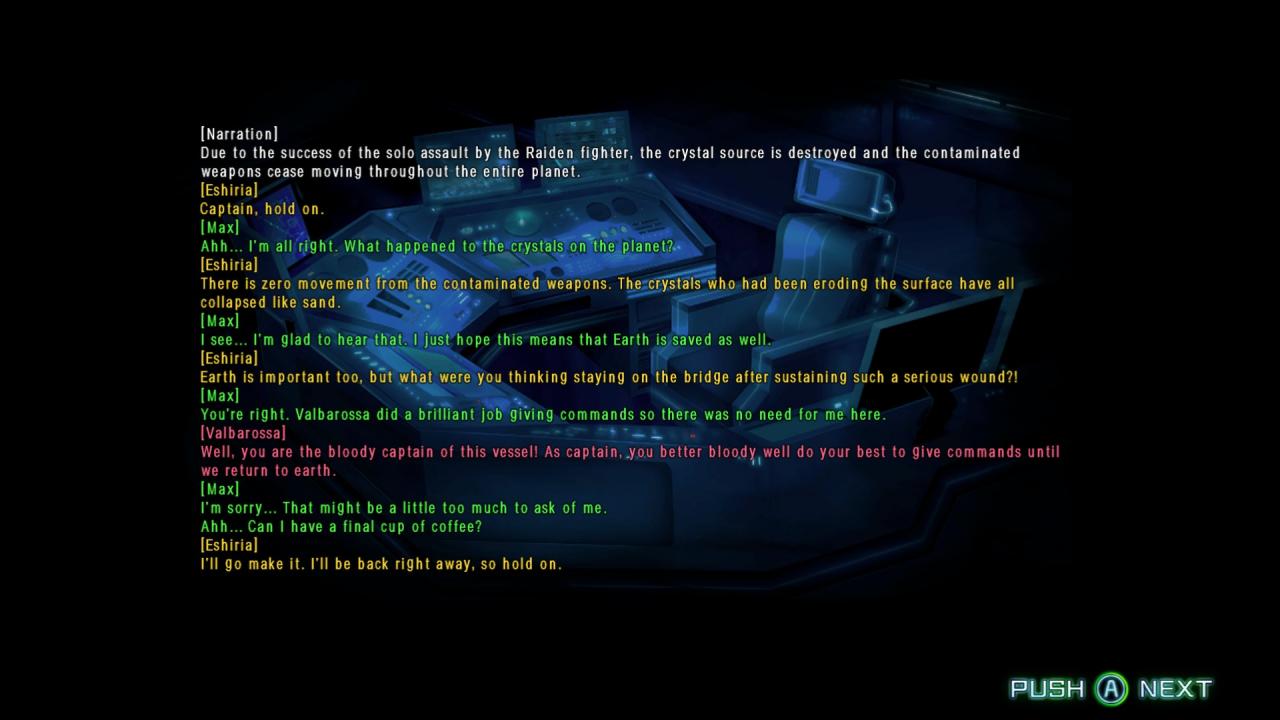 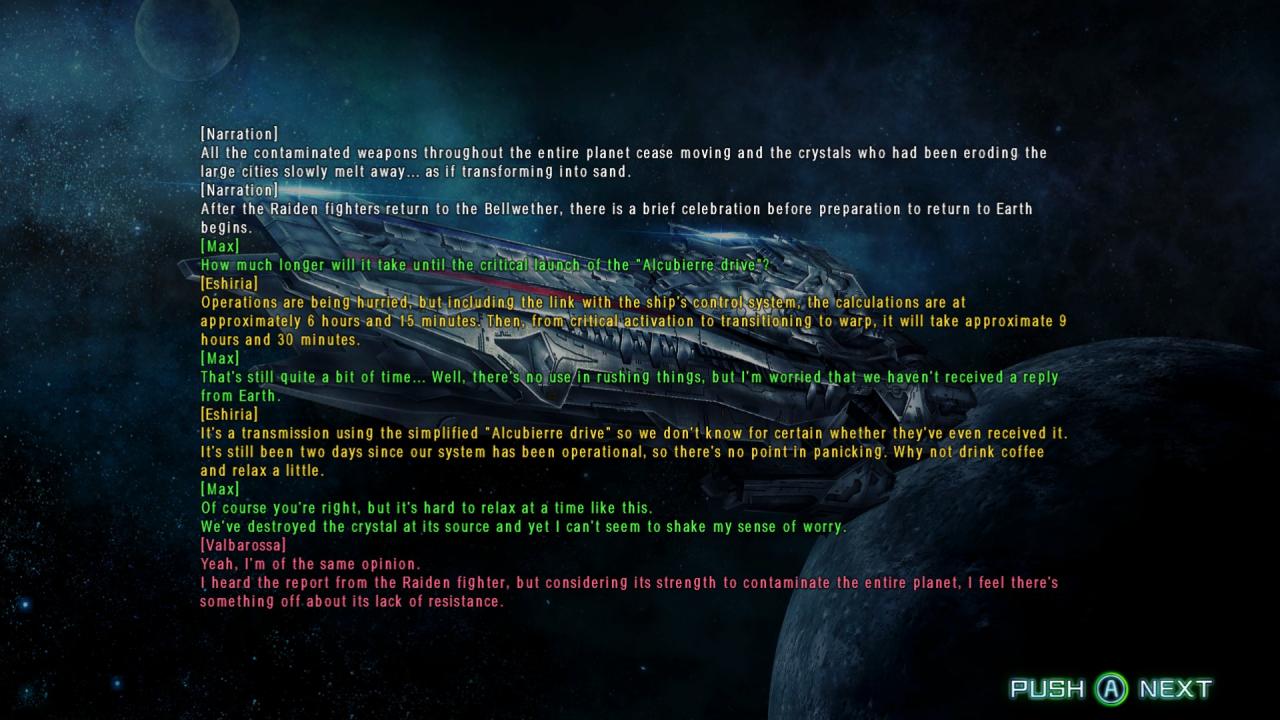 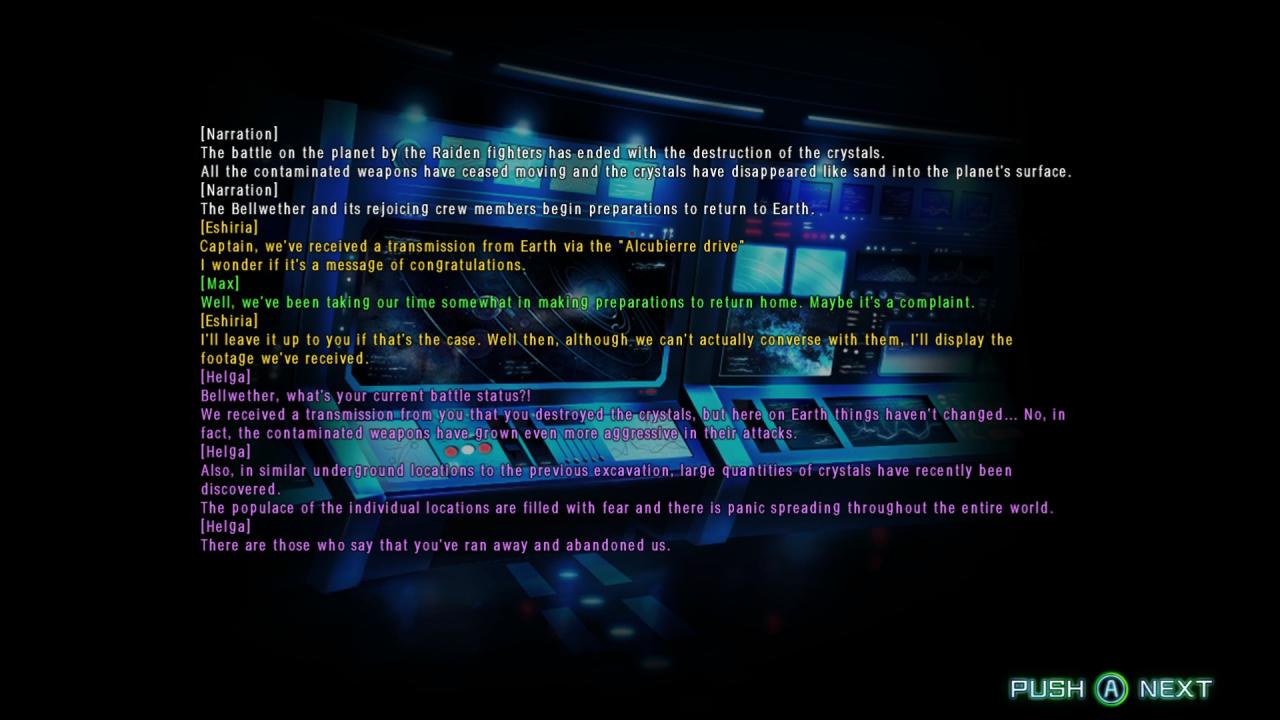 5° ENDING: STAGE 8 (A or S) – TRUE LAST BOSS / BAD ENDING.
To unlock the true last boss (the main crystal which guides all the others), we need to complete a full run. For this particular ending, which can be called “BAD”, we need to reach Stage 8-S or 8-A using at least one continue or restarting a scene/stage once.
Infact, as we can read from the final dialogues, the use of a continue or the restart of a scene/stage is narratively rendered as a heavly damaged Bellwether, incapacitated to go back to Earth. 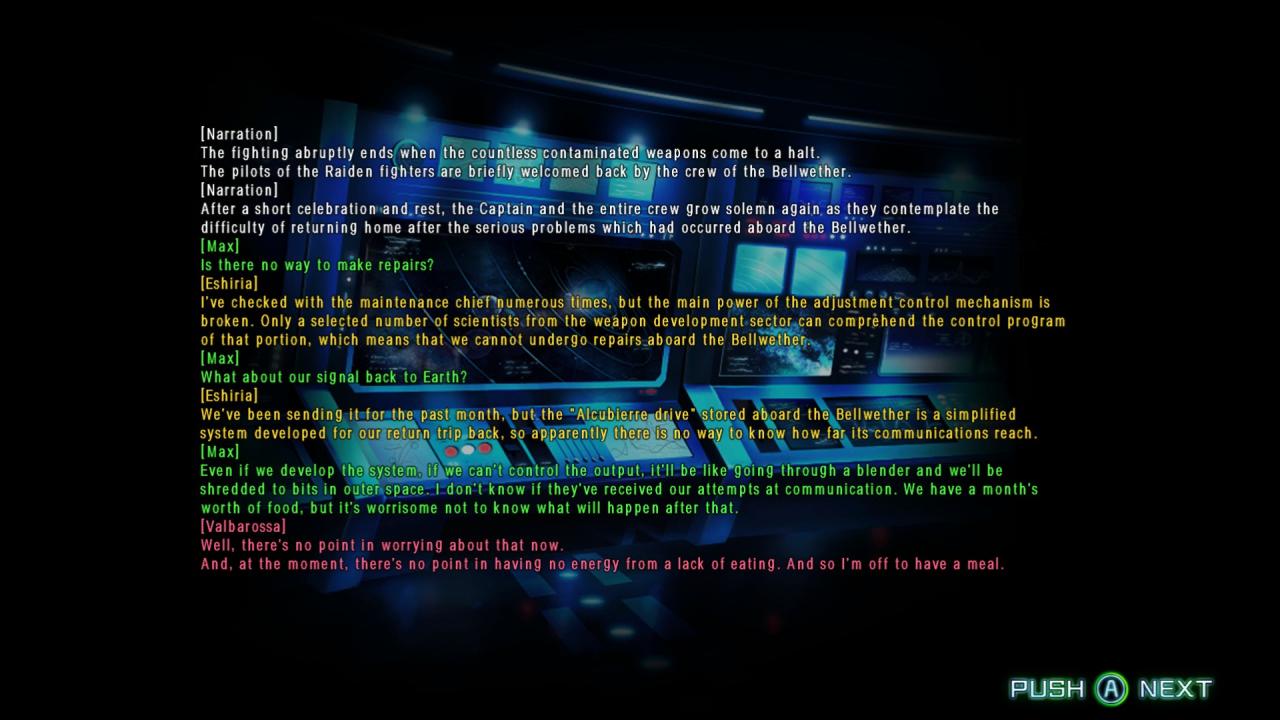 6° ENDING: STAGE 8-S, TRUE LAST BOSS, PERFECT RUN.
For the last ending, which can be called the “GOOD” one or the “TRUE” one, you need a full perfect run, which means a complete S route with the use of no continues nor a single restart. You don’t need to destroy every SOL nor get all MIKLAS, just have all spaceship’s weapons fully upgraded. 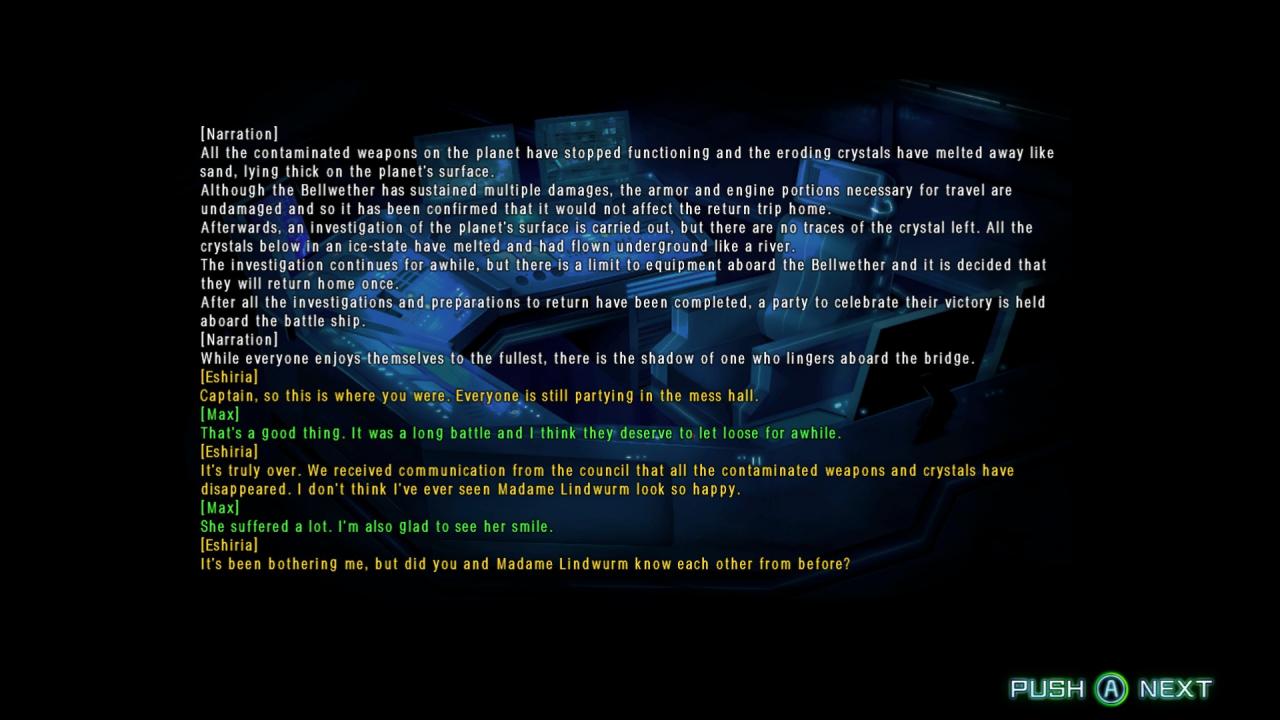 Difficult doesn’t matter, so I suggest setting it to “Practice”

Tukoni: How to Change Language

For some reason, when some users launch the game, the options are in Ukrainian. I made an easy guide on how to change the...

How I got 5 stars in the Japanese Garden Competition   Introduction I struggled to get all 5-star ratings in the...