A general purpose, ‘here’s some basic tips to help you survive’ guide.

Preface. Or; “How words work.”

For the purposes of this guide, I’m using “levels” instead of the actual ingame terms, since I find it easier to remember. The Order is Initiate (1) > Sleeper (2) > Sleepwalker (3) > Liminal (4) > Awake (5).
Also note stuff IS subject to change, since there is some randomness to you getting weapons and enemy appearances- It took me around five runs of Liminal/4 to see an armored turret for example.

This is going to be a basic “here’s how you safe all the guns” and “here’s some general quirks they have that you probably already know.” It’s also worth noting that once you get to the weapons level for the first time, it seems to stay unlocked at lower levels. I’ve had Hi-Points at initiate after unlocking it, for instance. The SAA seems to only spawn at 4+ though, probably since it’s the hardest gun to use. 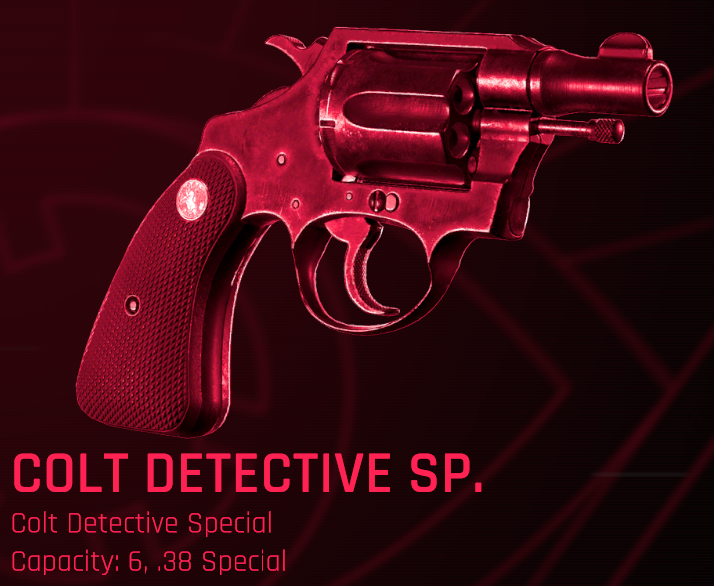 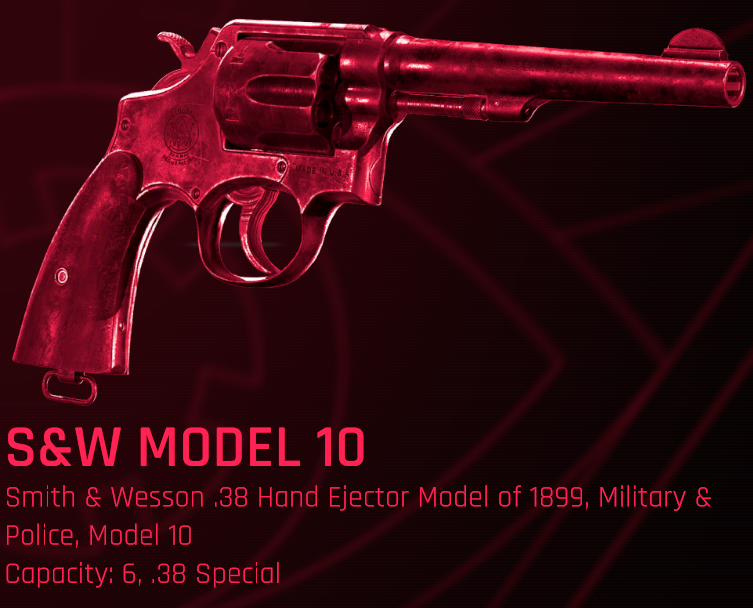 The Colt Detective Special & Model 10: Decock the hammer to safe yourself from legshots, Hold F – Hold LMB – Release F – Release LMB. They’re basically the same gun, except the colt rotates clockwise, and the Model 10 rotates counterclockwise. You start with these. 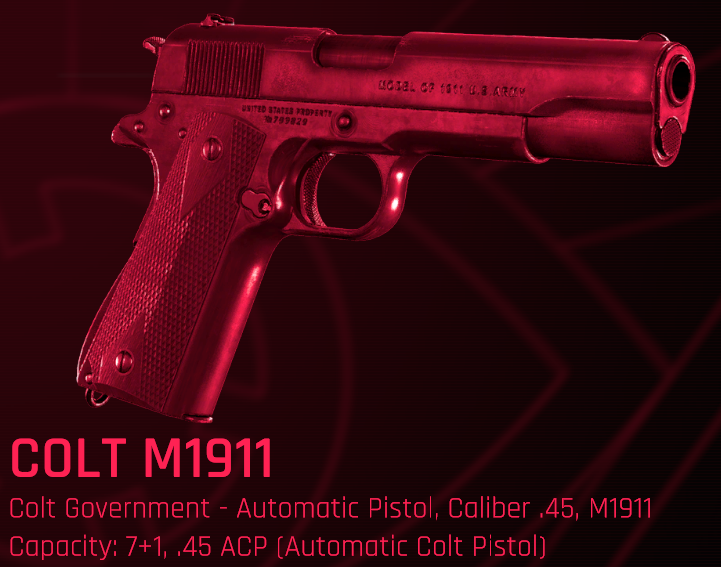 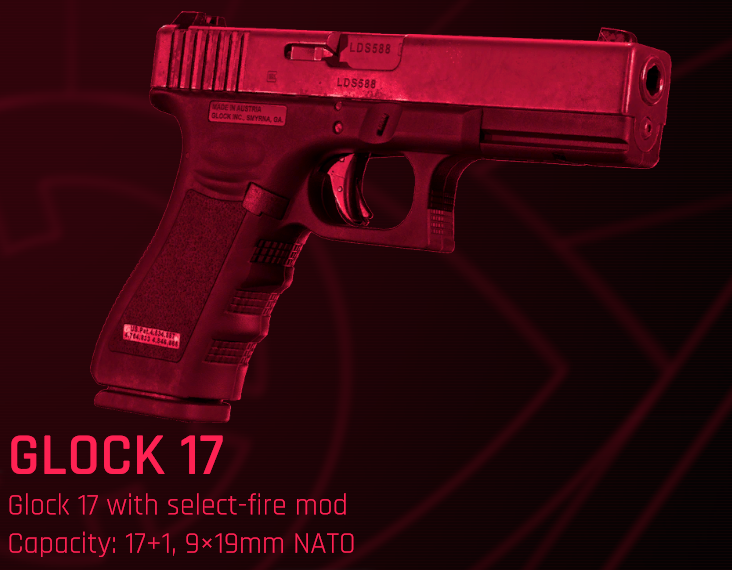 Glock: No manual safety, either get really good at holding tab, or- E to eject the mag, hold G, R, tap Z to reinsert the mag. You’ll have to rack it again to fire, which can lead to you getting killed by a drone if you’re unlucky. Pressing V makes it full-auto. This is worthless and makes it jam up constantly. Screw the glock, man. You get it at level 2.

New method! You can lock the glock back with less effort. Hold R, Hold T, Release R, Release T. This’ll still eject a round, but you don’t need to fiddle with the mag. Then press T when you want to shoot again. You’ll be down a round though, so keep that in mind. 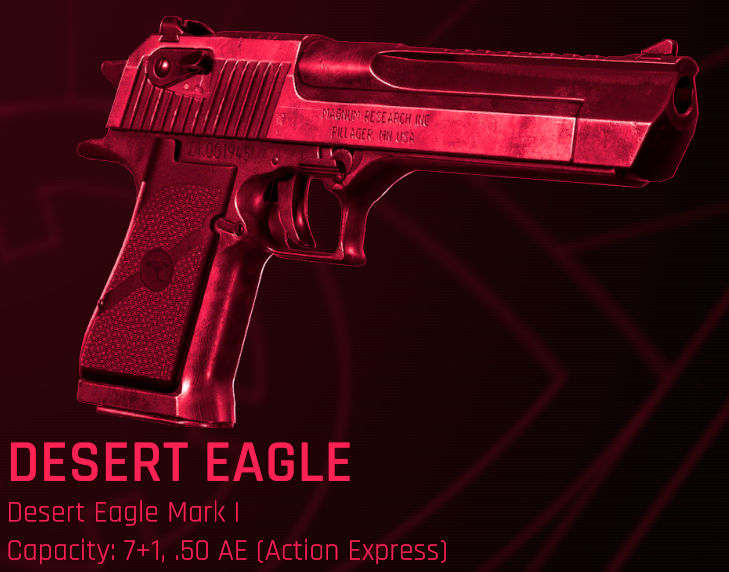 Desert Eagle: Manual safety, press v when you don’t want to shoot, press it again when you do. Donezo. Oh, and you can still do all the regular gun operations while the deagle is safe, unlike some other guns. This includes racking the slide, etc. You get it at level 3. 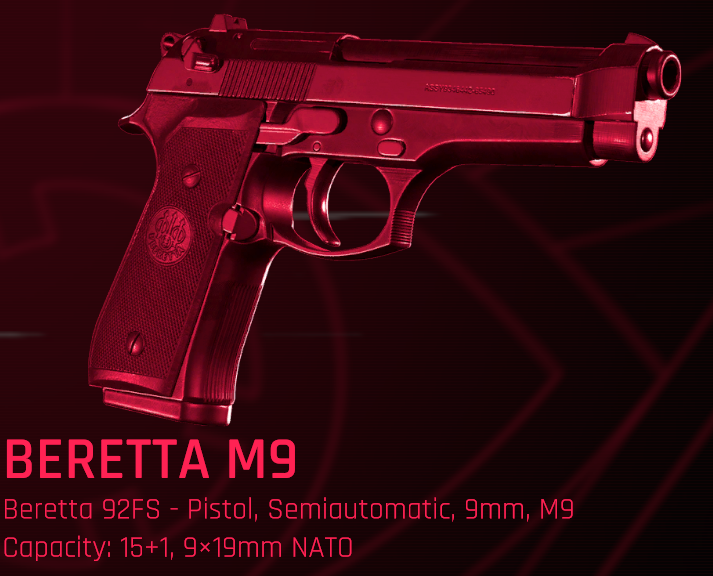 M9: Manual safety, but it’s kind of weird. It’ll decock the gun when you use it, which can lead to you leaving the safety on by accident. Double check that the striker is showing if you want to kill. You get it at level 3. 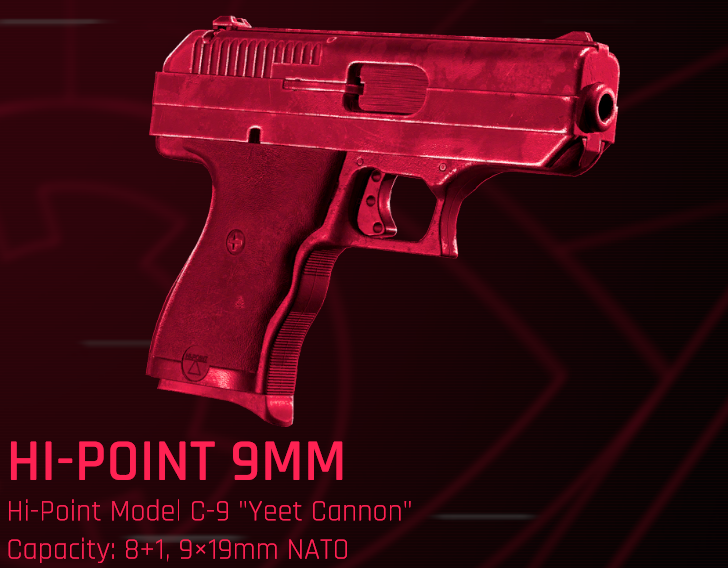 Hi Point: Manual safety, but it locks the slide. Hard to brass check when safe, and you can’t clear it. This can actually screw you over during Threat Echos, so make sure you don’t safe it before trying to rack it. You also get this at level 3. 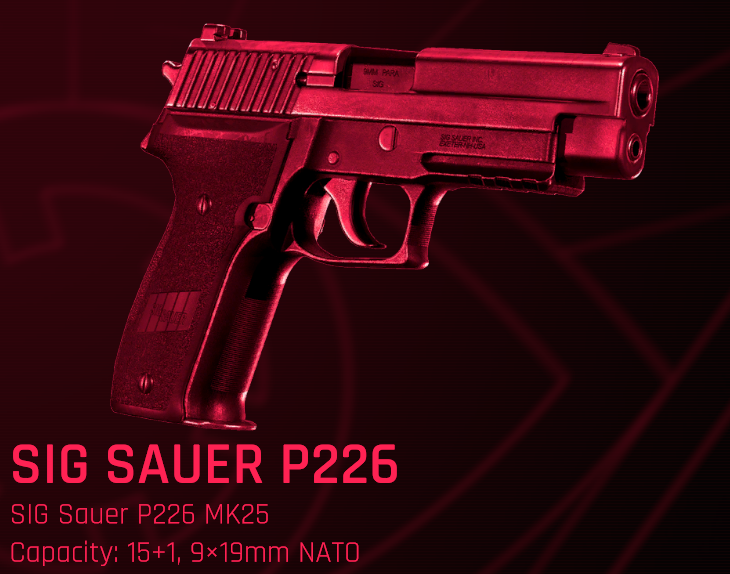 P226: Decocker. Think of it like the M9, except you don’t need to tap v again to start killing. Probably the nicest safety of any of the guns for that reason, glock level ‘always live’ without the glocks problem of unitentional suicide. You get this at level 4. 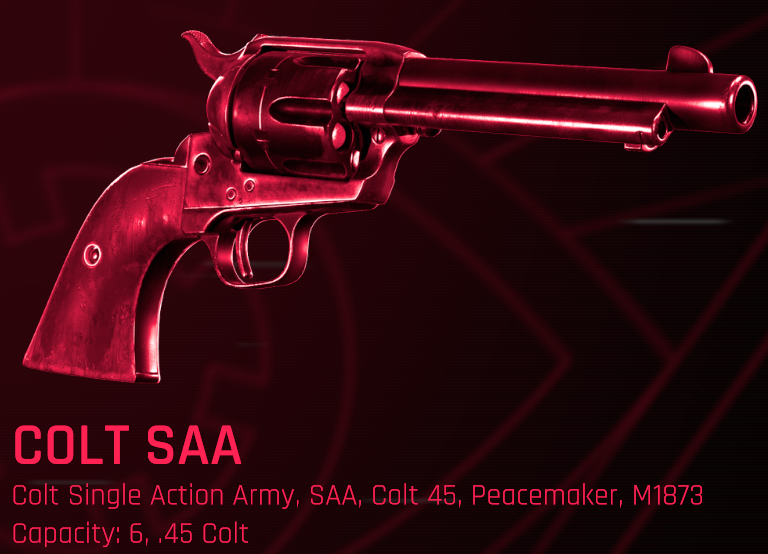 The COLT SINGLE ACTION ARMY: This one’s a doozy. Tapping F to put it at half-♥♥♥♥ is your safety, and how it reloads. You need to put it to half, press E to open the loading gate, align the round with the ejection rod, press V to eject, then repeat that for every round (minus the gate.) It takes a lot of getting used to. You get this at level 5.

2: Movement. Or; ‘Why do I keep falling into bottomless pits?’

Movement in Reciever 2 is.. A little odd, mostly to do with the mantling mechanic. Everyone knows you mash W to move, but did you know you can climb most things that are around head-height if you spam jump? Beware of being launched forwards from this, you WILL kill yourself on ledges if you get unlucky. Try your best to angle yourself to fall onto whatever you’re leaping to, and don’t be afraid of breaking your ankles- better to do that than to die.

With mantling in mind, you can go pretty much anywhere you want to. Too many turrets down a hallway into an apartment cell? Back into the previous room and jump the balconies, then shimmy down the side. 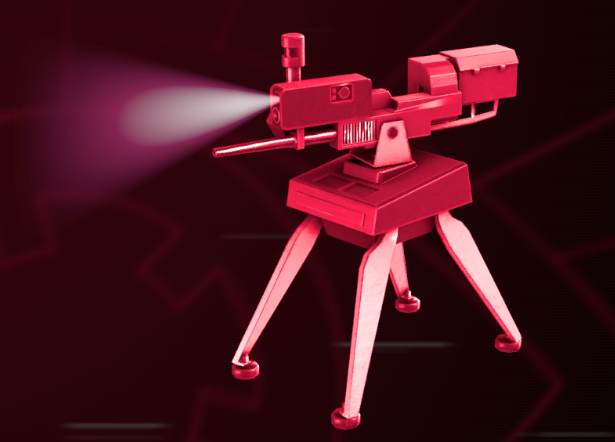 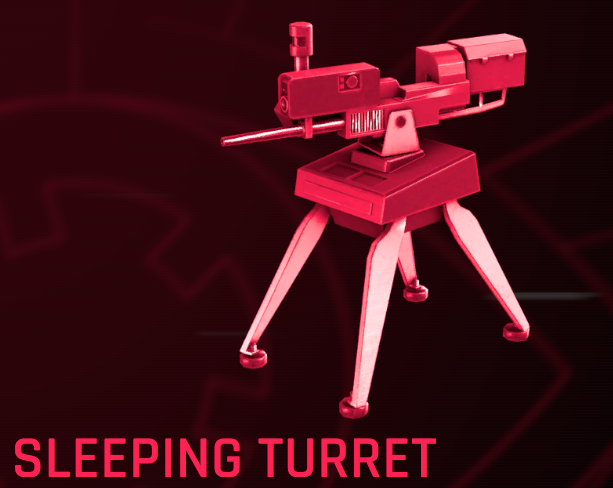 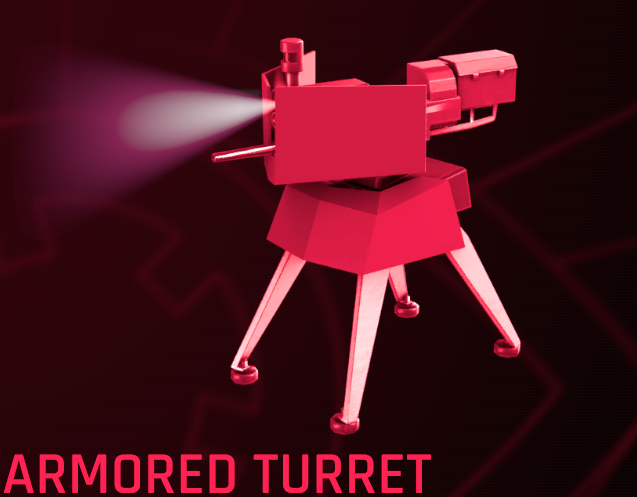 Normal turrets appear from the getgo, I personally aim for the big ammo can on the back as I think it’s the most reliable shot to shoot.

Sleeping turrets appear from level 2-3 onwards, they alert if you walk infront of them, but are basically free ammo as long as you’re observant.

Armored turrets appear level 4 and up, and have a gunshield protecting most of their body. The Desert eagle and SAA are theoretically able to penetrate it, but I’ve never had much luck. Just stay hidden and aim well. 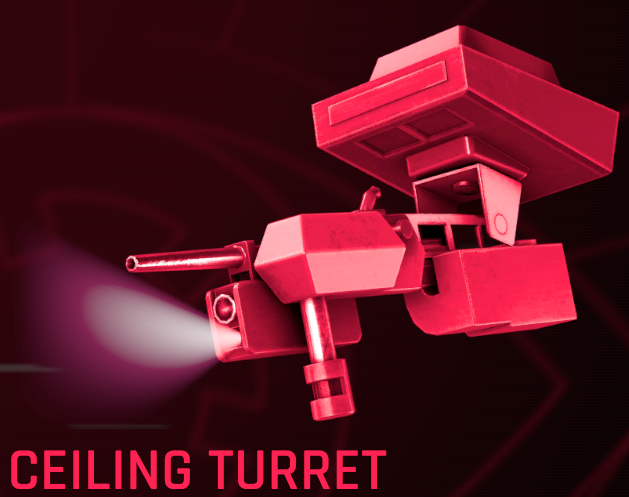 Ceiling turrets appear level 3-4 onwards, and are generally tucked away into corners. Their light is also shaped differently than ground turrets. They DO NOT aim straight down as part of their patrol path, so you can sneak up on them and hack them fairly easily. 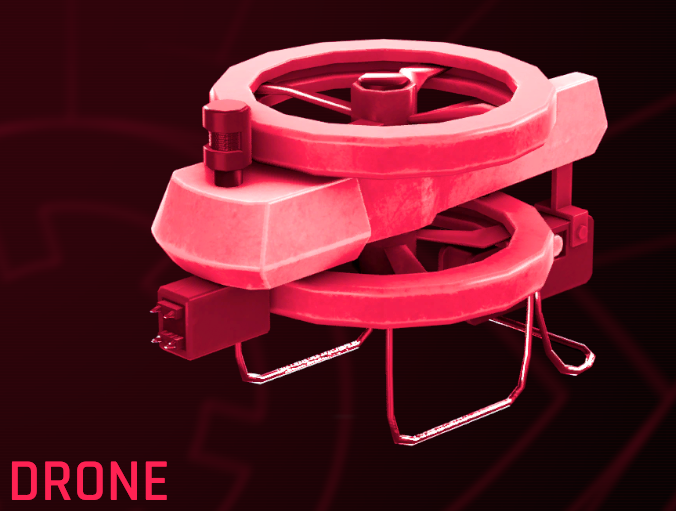 Drones are your worst enemy. They’re fast, they’re aggressive, and they’re jerks. They appear level 2 onwards, and rotate in place at that level. On level 4+, they sometimes patrol in an area around wherever they are. Aim for the center. Oh, and they don’t drop ammo. Jerks. 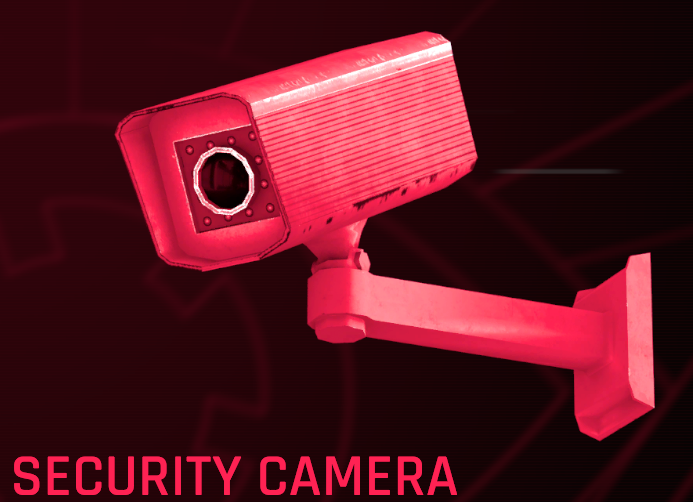 Cameras start appearing at the highest levels. They don’t have a gun on their own, but they don’t drop ammo, and if you step in their FOV they’ll alert all nearby drones to come chase you down. You also cannot hack them.

This is the shortest, and simplest one since it’s basically just going to be this gif. Balloons give you ammo if you touch them or shoot them, you only get one extra round if you shoot them individually, but! Most balloons spawn in groups that you can find an angle on to shoot all three. Experiment a little bit.

Also, you can shoot tapes. It counts as a pickup. If you run into a situation where you can say, see a tape on the bottom of the hospital while it’s surrounded by 8 drones and 3 turrets? Shoot it from above. Just don’t mind the fact you’re forsaking your training, Receiver.

INSIGHT. If you hate the progression system, or just want to not lose all your progress since you had to stop playing, type ‘INSIGHT’ ingame. Nowhere specific, just while playing. It’ll complete the level you’re on. Don’t use this to skip the whole game, since you’re only hurting yourself then. (And the notes are really good reads.)

This is also the first guide I’ve ever written for a game, so yell at me if this ends up out of date or if I missed something other than the proto-turret.