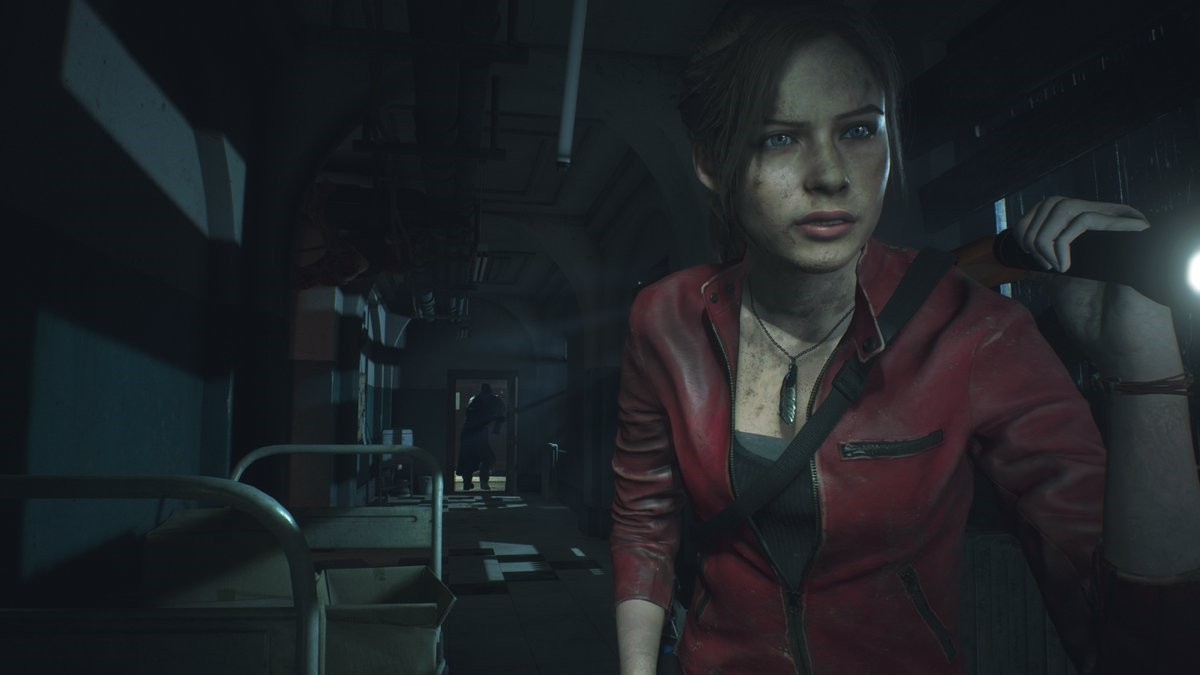 For the people that have even played it a thousand times, we wanted it to feel fresh. That’s why we don’t call it Resident Evil 2 Remake. It’s a new game built on top of the foundation.

The fourth survivor Hunk mode unlock needs to be cleared once by Leon and Clair and achieve a certain rank; while the tofu mode is more strict, you need to use Hunk for the fourth survivor game, and continuously pass 6 times in 2.5 hours to unlock.

Adjust the difficulty of NPC according to the player’s game level.

This story has been redesigned. Compared with the ridiculous story scene of the old works, the dialogue and the lines have been reborn. The role dialogue of the cutscenes is more realistic and the story is more compact. For example, Claire’s first encounter with Shirley is more authentic.

Developers have made a lot of changes to the character’s settings to make it more realistic, such as the elimination of Leon’s shoulder pads, and Ada’s default appearance costumes set into windbreakers and sunglasses to add mystery, of course, don’t worry, role Other clothing can be unlocked by various conditions, but the default mainline character costumes strive to be true.

The Change of player perspective, In order to achieve better game effects, everything has to be redesigned, room structure and level, camera following angle, dubbing and where the enemy appears.

Because the change of perspective causes the boss battle to be redesigned, the player aiming angle and the behavior of the boss, the developer encourages the player to make full use of the new perspective, move and observe the boss behavior pattern and take actions, and the typical tyrant’s action is redesigned. Make it harder for players to deal with.

Due to the redesign of the scene and the room, this game provides a lot of new puzzles. Even if you are an old player who is already familiar with the game, there will still be new puzzles to surprise you.

As a caring for those players, the game has added a new regional orphanage. We don’t know the details yet, but we know the game mode is to use Shirley to explore and survive in an orphanage.

This contains a detailed list of all the keywords within the, including some from cards that are only available when it is created by...

Gwen says that many stations can be upgraded. Here's where and how to find all the upgrades.   Kitchen Upgrade What it does:...

This guide details possibly the most efficient way to exp farm in boring man v2. Fair warning, this requires quite a bit of time to become...

Conan Exiles: How to Craft Weapons out of Eldarium

This guide will show the steps to crafting eldarium weapons   Getting the Recipe Around the center tower there is ley shrines,...

Phasmophobia is a 4 player online co-op psychologically horrible game. Just made this to figure out what ghost type it could be. I don't...