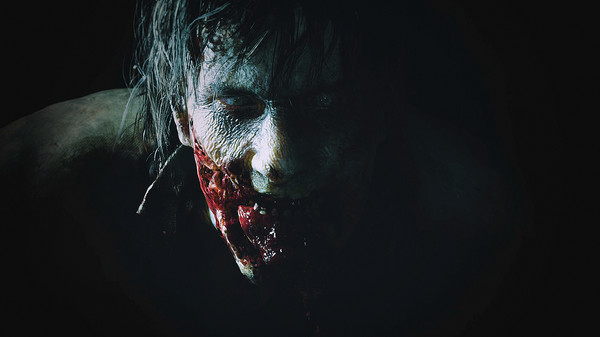 The original Resident Evil was a long time ago, the original sequel featured fixed camera angles when it released back in 1998, The new remake sequel will feature a mordern over-the-shoulder camera mode and modernized control scheme. the new third person perspective was also chosen to open up new possibilities for the series’ classic puzzle-solving.

The remake will recreate many of the area’s iconic rooms and corridors, while adding in new details to give it a more modern flair. Some rooms have been slightly rearranged, but the overall structure of the police station remains largely the same. Our main characters will still be Leon Kennedy and Claire Redfield who struggle to survive in the Raccoon City that overran by zombies. 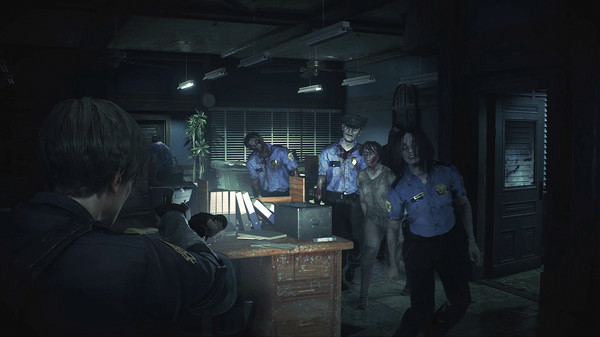 Similar to Resident Evil Remake, when you are grabbed by a zombie, you can instantly stab and push them away, but in Resident Evil 2, you knife would stay in the body of the zombie if you don’t pull your knife out. There are probably multiple melee weapons that can be picked up in those situations. Players can make the most use of the environments to keep zombies away from our character,like barricading doors and windows while exploring.

In the package, there are also:

A 12-inch statue of Leon

A digital version of a 25-song soundtrack. 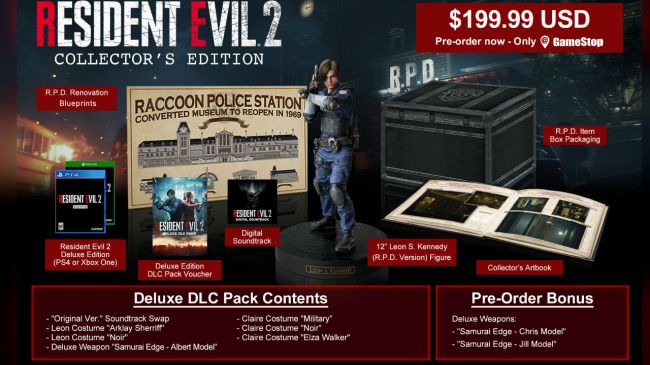 We will update latest news about Resident Evil 2 Remake as well.