This isn’t a tier list. There’s a difference. As a player with pretty much everyone (besides DLC’s) max level, I think I know a thing or two about the current Abyss Mode meta.

Abyss Mode in Summation
Ok, so Abyss mode is this cool PvE type mode in Rivals of Aether where you enter an bottomless pit and smack people for all of eternity until you die. The configs for each character I put in are just the ones I’ve seen the most success with personally, so my validity can sway. If you’re looking for an actual tier list, I suggest you click off now. Still here? Cool! Were just talking about the characters that don’t cost money. Let’s get into the absolute worst.
Meh Characters (C) 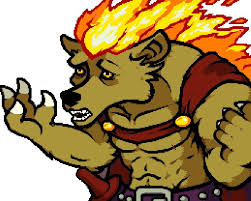 This is Forsburn. He has fallen from grace since his debut in the Abyss. There used to be this thing where if you got full charge, all smoke clouds on the field would explode! Along with his G config, he was able to carpet bomb the stage. Dan said NO and this is where he resides.

The main problem with Forsburn is that his kit isn’t very apt. It’s not disjointed enough to justify using him besides his strong’s which are slow and boring. A well versed Forsburn will be able to work around this and do pretty well I’d imagine. Don’t get me wrong, he’s good, but later down the line other characters are just simply better.

This config takes full advantage of Forsburn’s smoke, making him better in longevity and damage potential. I’ve never used it myself because this also happens to be the bane of older PC’s.

Next, we have Maypul. You could argue that she is inferior to Forsburn in almost every aspect and you would be correct. There is one thing this ferret has over him though and that is some kick ass strong’s. Not only does Maypul have good disjoint’s but she is a fairly nimble character, giving her a competitive edge over some high contenders!

The worst thing about Maypul though is her inability to live. She is a lightweight, which isn’t a bad thing to be in the Abyss so long as you got some snazzy tricks up your sleeve. Skimming through Maypul’s kit, I could only find one niche and that is her ability to indefinitely wrap one of the gatekeepers with the config B,I,O. So, that’s cool I guess…

This takes Maypul’s strong’s to the next level by making them faster. Much of her specials also get a speed boost to match! This doesn’t have any effect on Maypul’s longevity, but I’m sure it helps to floor clear enemy/parkour intensive stages.

Finally, we have Orcane! What I believe is the middle ground between the last two, Orcane is the only character in this section with viable stage control albeit, minimal. There’s actually two configs I’d realistically recommend. One involving bubbles and one involving strong’s. Both are good, but take time to set up seeing that both need puddle to function.

That’s really his only weakness. His overall kit is okay and you could do some saucy stuff by spamming Dair with config A,G,J. Unfortunately, what he can do now doesn’t make the cut. With some buffs, maybe we could catch a glimpse of what Forsburn was doing to stages just a few days ago (Only more bubbles…).

This enables Orcane to place bubble pillars across the map. Not a consistent means of stage control, but it’s easier to use than the latter and quite fun to watch.

Maybe you want something more immediately threatening? Well during testing, the O part of the config was supposed to make it where his boosted strongs are even more disjointed, but there seems to be no difference. Until that’s fixed, just use exhibit A for now. It’s also worth noting that the mobility packed with config D allows Orcane to wavedash like Etalus on ice. 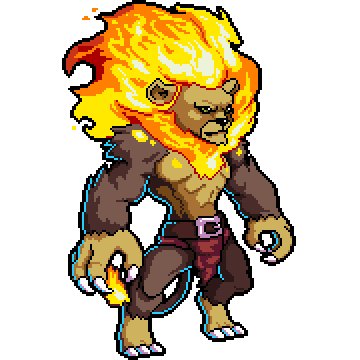 Zetterbum is an angry flaming lion boi who now commands the asteroid belt! My memory of Zetterbum before the definitive upgrade is hazy, but just know he wasn’t anything stellar. He works functionally well in almost any circumstance of the Abyss. His kit has no grey areas like the last three nor does he outclass the other four ahead of him. Above all, he works wonders in enemy intensive stages due to his above average longevity and above average damage. You could even swap out the A part of this config to D to make his ground speed better!

The main take away from this is that Zetterbum has no weaknesses worth noting. Unless you want to make the argument that higher contenders are simply more braindead and that Zetterbum takes too much bodily exertion to use. You’d be right, except he is actually the easiest character to use by design.

How about we go back to the whole commanding the asteroid belt stuff eh? He got a neat new toy where instead of the flame pool spreading with config L, it makes justice rain from above in the form of meteors! Using Down special will make Zetterbum do the usual ground pound followed by said meteors that also make flame pool and damage enemies during their descent. In combination with config G, this is a pretty viable method of stage control! 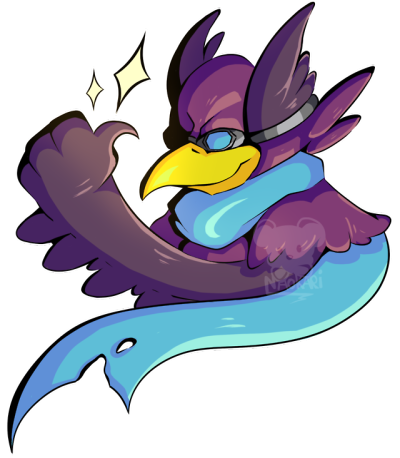 Long gone are the days of premature turbo mode… Born anew, Wrastor is a better character because of it. One thing that will stick out about him is that he is the fastest character in the Abyss in terms of overall mobility. Sure some best him, but at the end of the day, he can jump 5 times with config O! Aside from that, his kit is just average and his longevity is questionable. Stellar in the right hands, but skillfully demanding.

So why isn’t he lower? Well, that just has to do with my experience with him. I’m not the best Wrastor, but I’m sure you’ll find someone who can make an argument for looping him with the heavy’s. In other words, he’s got an astronomical skill ceiling that when tapped into justifies his placing.

This config amps him up to eleven and makes his falcon kicks pierce the heavens. Alternatively, you could try optimising for Neutral special, but Down special seemed more consistent. It’s not like Wrastor’s stage control doesn’t exist, but it leaves much to be desired. 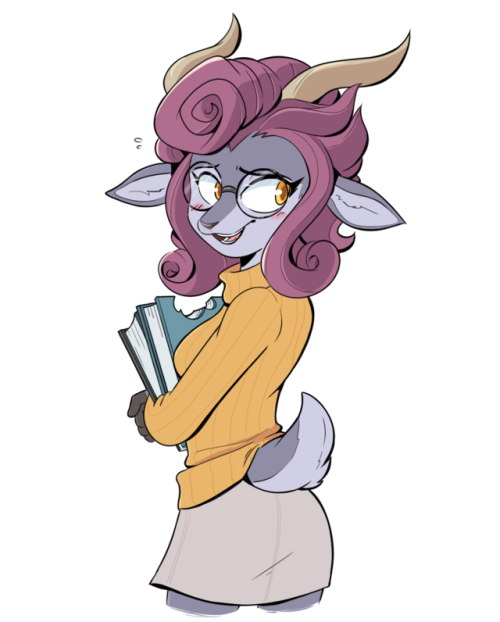 The Storm Architect and the ‘Diva’ of the Rivals fandom for some reason, we have Absa. Absolutely nothing has changed about her game plan from the transition to Definitive. She still places horizontal lightning pillars of doom with config C,N. This makes Absa the best stage control characters in the Abyss dwarfing much of the cast. Except she’s got one new toy in the form of trapping people in Down special with config O. Which isn’t effective, but is neat… I guess.

Aside from being a mobile electric chair, Absa’s weaknesses lie in her lighter weight. You could say that since Absa’s cloud takes time to set up it should be no different than Orcane, but config C makes cloud travel faster and YOU control where it goes. Also, don’t ask about the rest of her configs because they have little to no meaning with Absa’s already great mobility.

I’ve tried out other builds for Absa, but they just aren’t as effective as this one. With that said, you have earned your Absa license. Now, reap what has been sown. 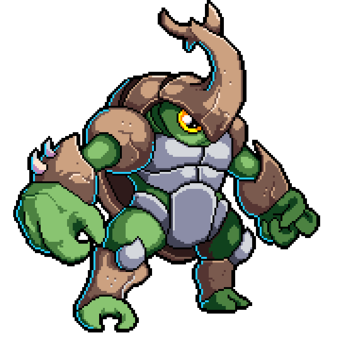 The boy has arrived! Kragg is an absolute unit in the Abyss, being the heaviest character in the game and taking advantage of various forms of super armour. His game plan hasn’t changed much. Turn the brain off and just plough your way through everything like a fat kid in a cake store. Just be careful of his recovery though. All it takes is one stray projectile to have you and your pillar crashing down. Even then you’ll probably be on the stage for much of your run.

If I had to state one weakness about Kragg, it’s that there’s too little rock and too much roll. Just roll side to side with configs C,D,H and lick off the blood! In other words, it’s just boring. There’s probably more fun builds out there for him that I’ll let you figure out that way it sticks better.

Well, have at it! The main focus of this build is to take advantage of super armour to effectively say NO to physical trauma. I applied some armoured strong attacks in there in the hopes that would remedy my dying enthusiasm for this config. Of course, the aim of this is obvious: Survive for as long as your mortal confines will allow. 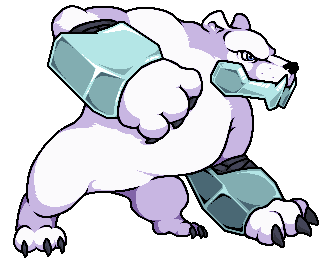 Etalus is in my opinion the best character in the Abyss. If Kragg made you lose marks on your school assignment, Etalus is a brain concussion! He is the second tankiest character in the Abyss, but becomes even tankier when you leave him in the freezer to use Neutral special on a fresh sheet of ice. Not to mention he comes packed with the strongest, but slowest move in the game. Oh, but that’s not problem! Just slap on some config O onto it and that start up issue no longer exists.

Etalus is the only character that I can confidently say has no weakness at the fault of the game or the player. Sure he has average mobility, but you gotta crack a few eggs to make an omelette.

There is my config for Etalus. All the configs I gave up till this point had a pint of preference, but it’s just a hard fact that if you’re going to use Etalus like a chad, this is how you do it.

Conclusion
In conclusion, those were my personal rankings for the characters of Abyss Mode. Suppose one day when I max out all the DLC characters, I’ll put them here too. That’s assuming I can go back and edit this, which at the time I type this out I have no idea. Just know one thing and it’s that Clairen is absolutely bonkers.
By JpexPreditor