Anime Power Tycoon [Update 7] is a fighting game developed by Mega Funny Games! on Roblox. here is a page for you to find the latest codes available for the game.

Dates sort this list of all codes available and we recommend you redeem them as soon as possible. These codes below let you get rewards and boosts for free. which will allow you to become stronger and richer.

Note: we will update the list as there is a new code. you can also find the latest updates and codes via the Official Discord.

How to Redeem Codes in Anime Power Tycoon

[Currently, the redeem system in-game is not available and it may be added in future updates] 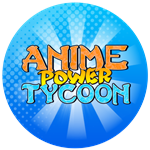 Thanks for playing Anime Power Tycoon! 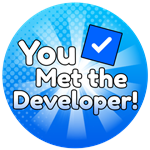 You met the developer!

Meet one of the developers in the game to earn this badge!

Anime Power Tycoon is a free Roblox game created in March 2022. as this is a combat-based tycoon game. you can build your own tycoon to fight with the enemies. don’t forget to use the codes above. them will give you some rewards and boosts for free.

As the game is just released on August 26, 2022. the developers are working on fixing bugs and improving the game!

Max Speed is a free simplistic racing game developed by Team Hermes on Roblox. here is a page with all current codes listed. you can...

Meme Sea is a free adventure game developed by Meme Sea Group on Roblox. here are all codes listed in the game. you can check them out...

Fantasia is a free Roblox game developed by sheki studio. here is a page with all current codes. check them out and redeem them with free...

Lemonade Tycoon is a new Roblox tycoon game developed by Lightbulb. here is a full list with all codes. which will allow you to get free...

PLS CAPTURE is a free-fighting Roblox game developed by The Coconut Crew. here is a page with all redeem codes. which will allow you to...