This is an article with a full list of all codes in Roblox Chaotic Bean Simulator, you can get various rewards with these codes below in-game.

Dates sort this list of all codes available and we recommend you redeem them as soon as possible. you can use these codes to get a number of gummies and much more exp for free.

Note: we will update the list as there is a new code.

How to Redeem Codes in Chaotic Bean Simulator 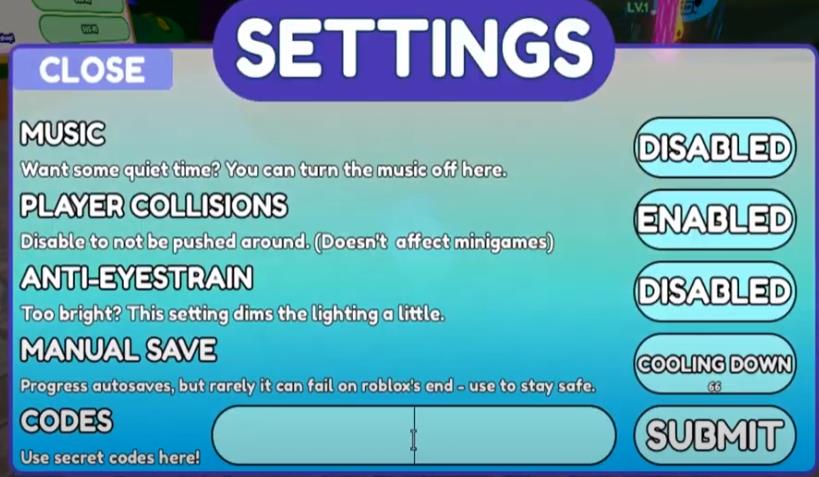 How to Find the Latest Codes?

We will add the new codes to the list above. you can also find them by following the official social media:

Where is the Secret Code?

You can find it in the Roblox ad system and redeem it for the following rewards:

How to Get the Free Item?

You are now able to claim the following New Year’s items for FREE in the Roblox Avatar Shop!

Chaotic Bean Simulator is a free Roblox comedy game developed by @SkyTheFloof. the current version of the game is 0.21.8.

Welcome, here is a complete list of Roblox Meme Mergers codes available. including the short guide on how to use these codes...

Here is a complete list of all Roblox Muscle Training Simulator codes so far. which will allow you to get free rewards in-game. Updated...

Fantasy Online RPG is a new Roblox RPG game developed by The Lucid Company, released in January 2023. in this article, we will list all...

Make It Louder Simulator is a new music-style game in February 2023. this is a page with all redeem codes. which will allow you to get free...

This is a page with all Roblox Mansion Tycoon codes available as well as unavailable. if you want to find these codes and how to use them....