Maps of the various SIGNALIS locations with enemy placement, weapon and ammo, key items, equipment and characters. The guide is based on the Normal mode playthrough, so some details will vary from Casual and Survival but will mostly be the same.

What follows are the maps I’ve put together for all of the major locations in SIGNALIS with corresponding information regarding enemy placement, ammo, weapons, equipment, key items and points of interest in the game.

Obviously, this means that this will involve several SPOILERS, so use at your own risk.

I’ve tried to retain the general look and iconography of the in-game maps so that it’s consistent, and where possible I’ve used the same names for points of interest and rooms.

Maps are presented in the order in which they are encountered.

Note that this is for a NORMAL run. CASUAL and SURVIVAL runs appear to adjust some of the particulars, most notably ammo counts, and I don’t hate myself enough to make three separate versions of these maps for the different modes. If you spot any mistakes, please let me know and I will correct it (but please double-check that you are doing so against a NORMAL run).

Below is the legend for the maps: 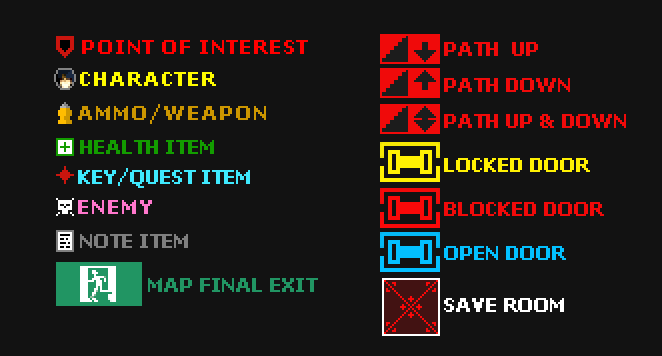 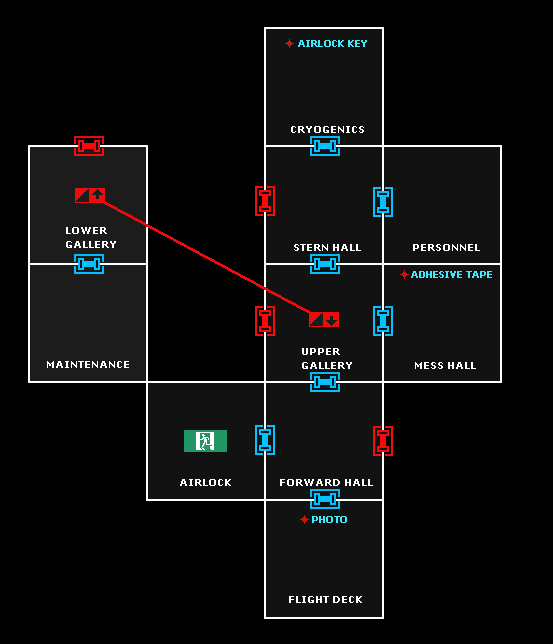 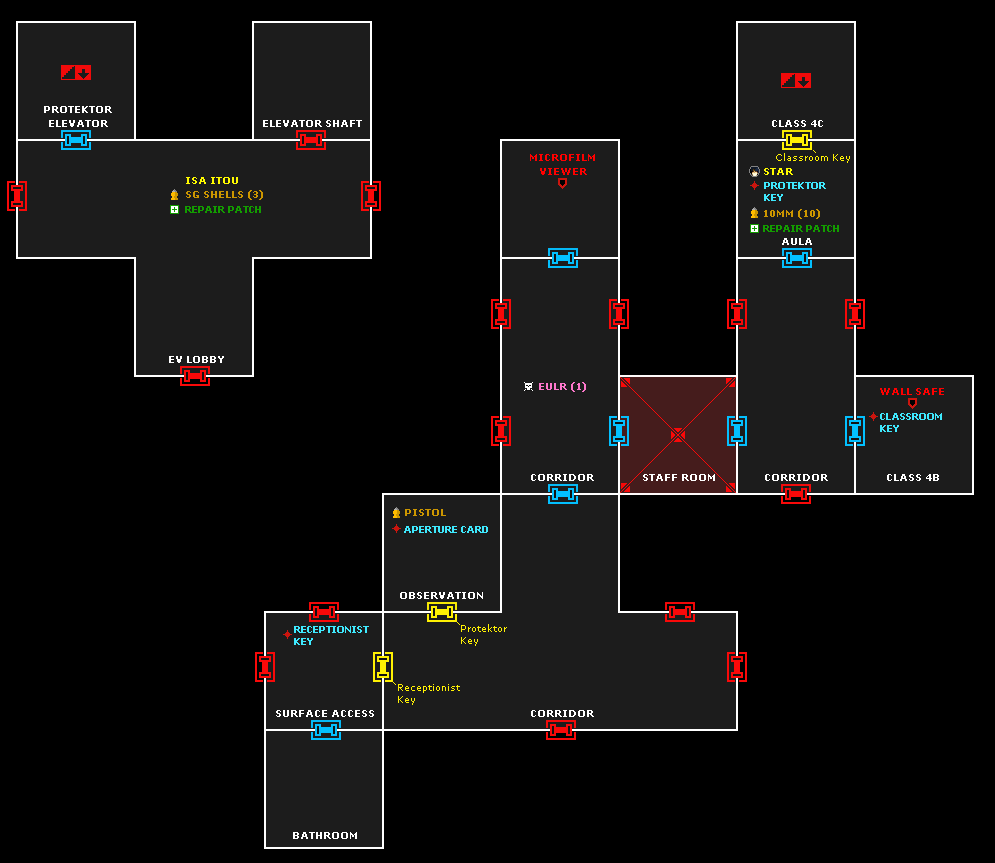 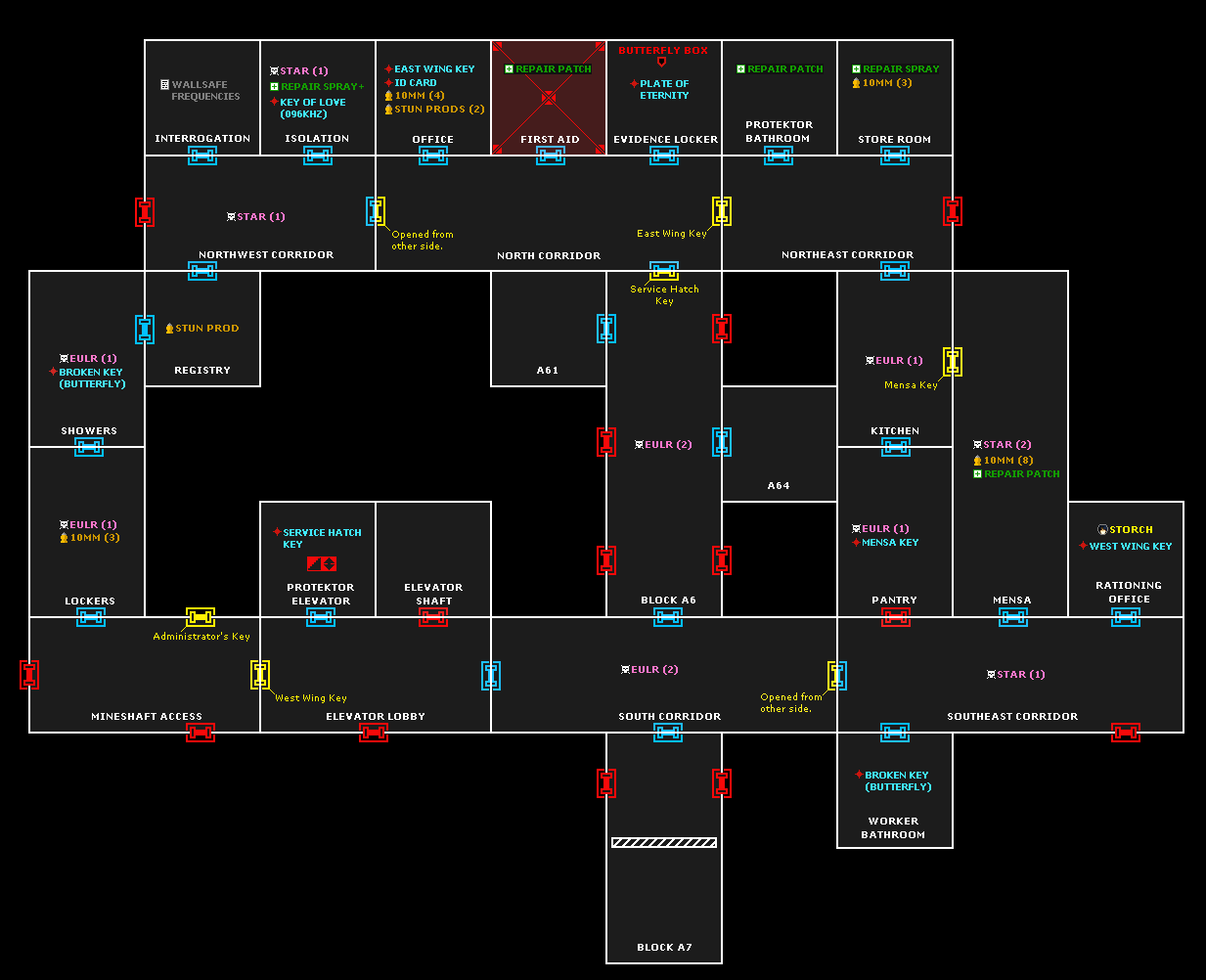 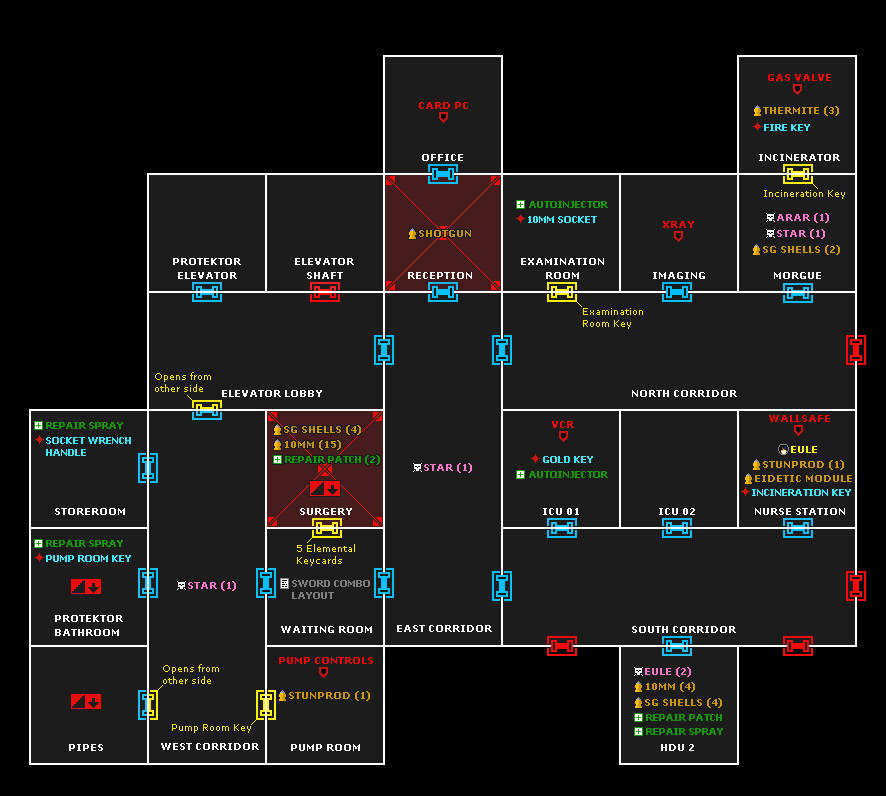 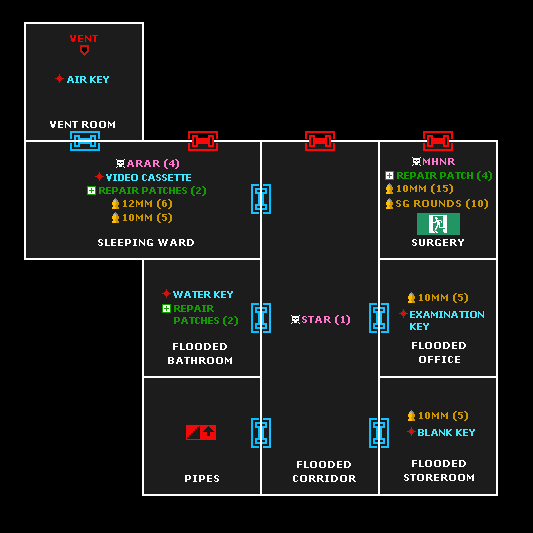 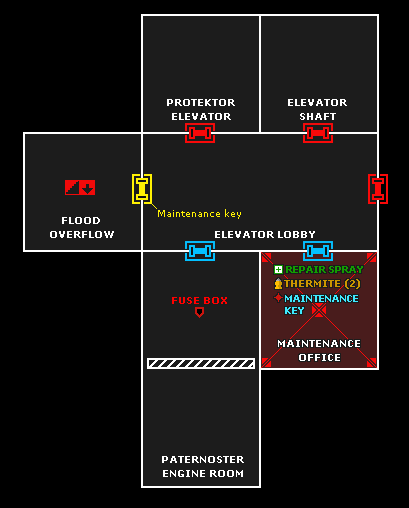 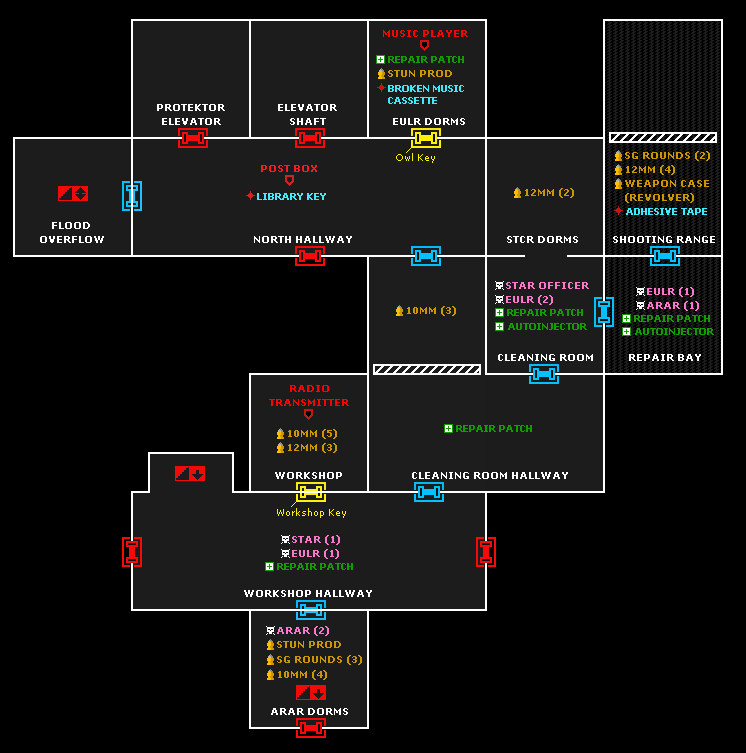 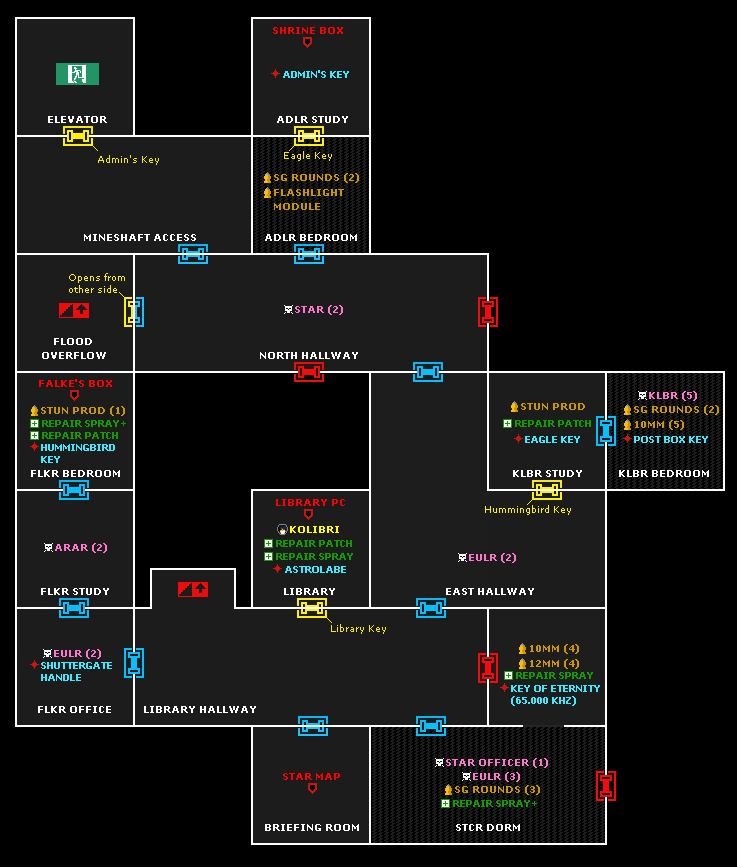 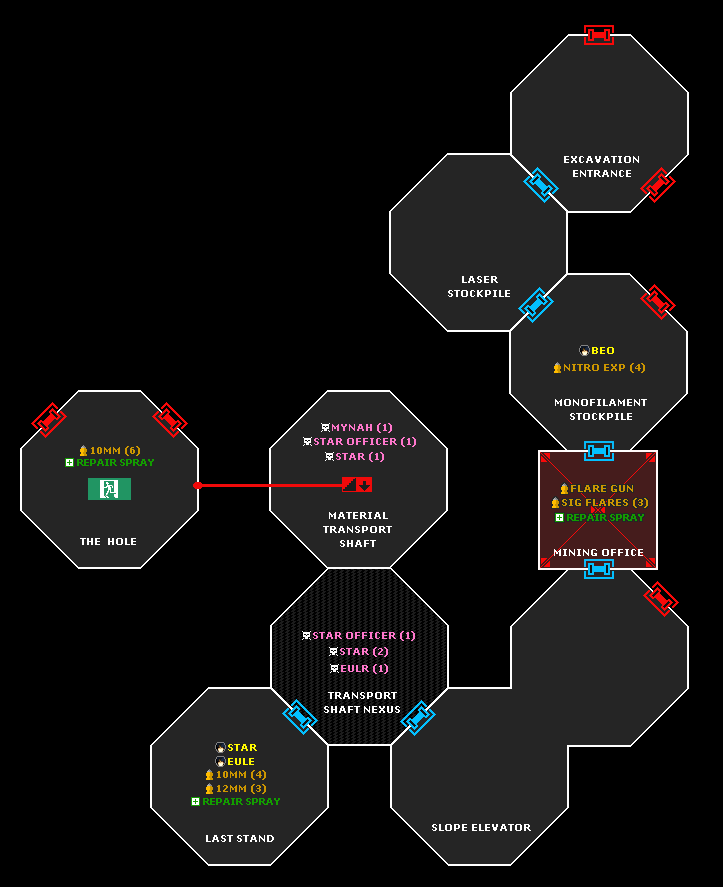 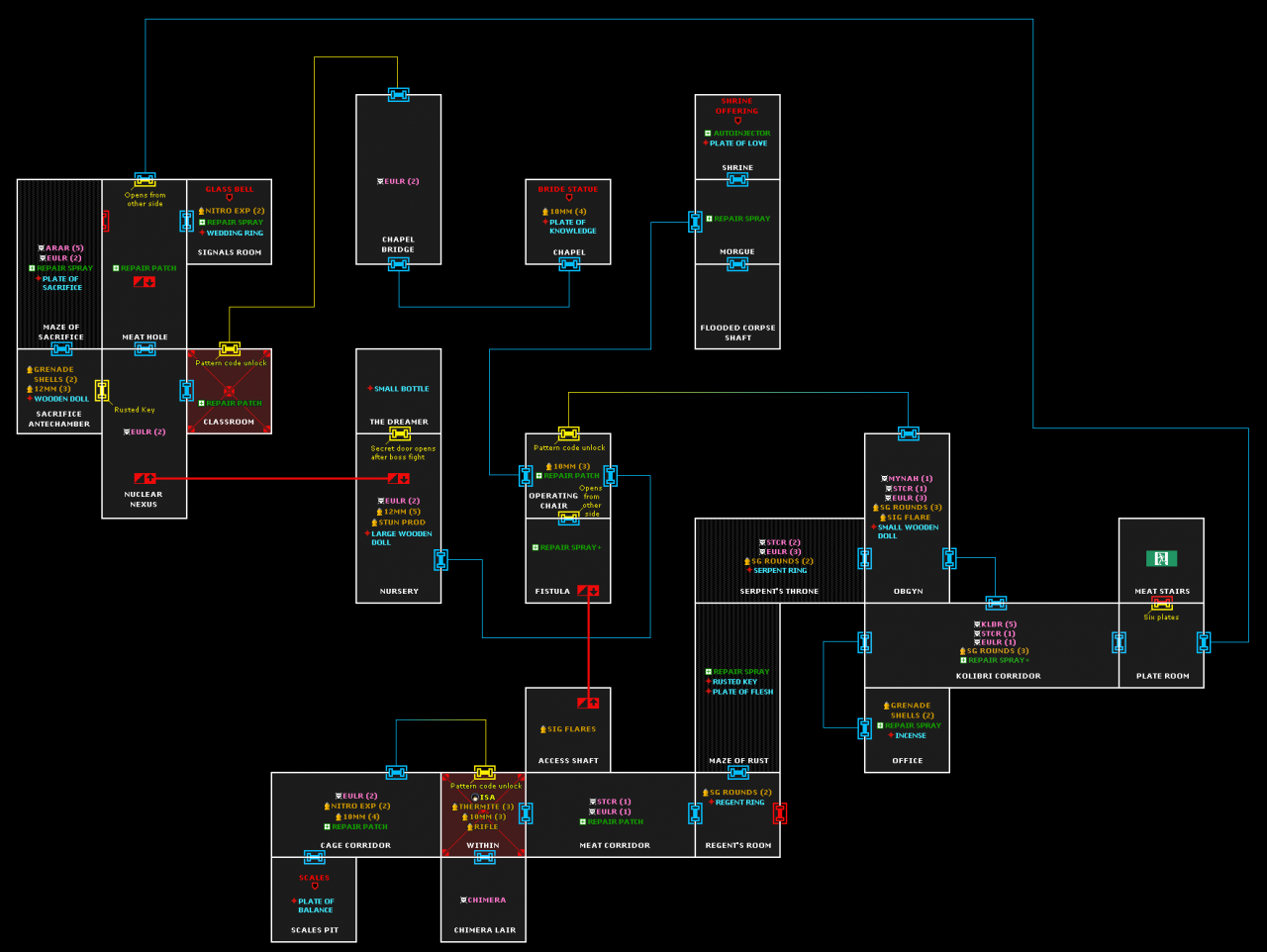 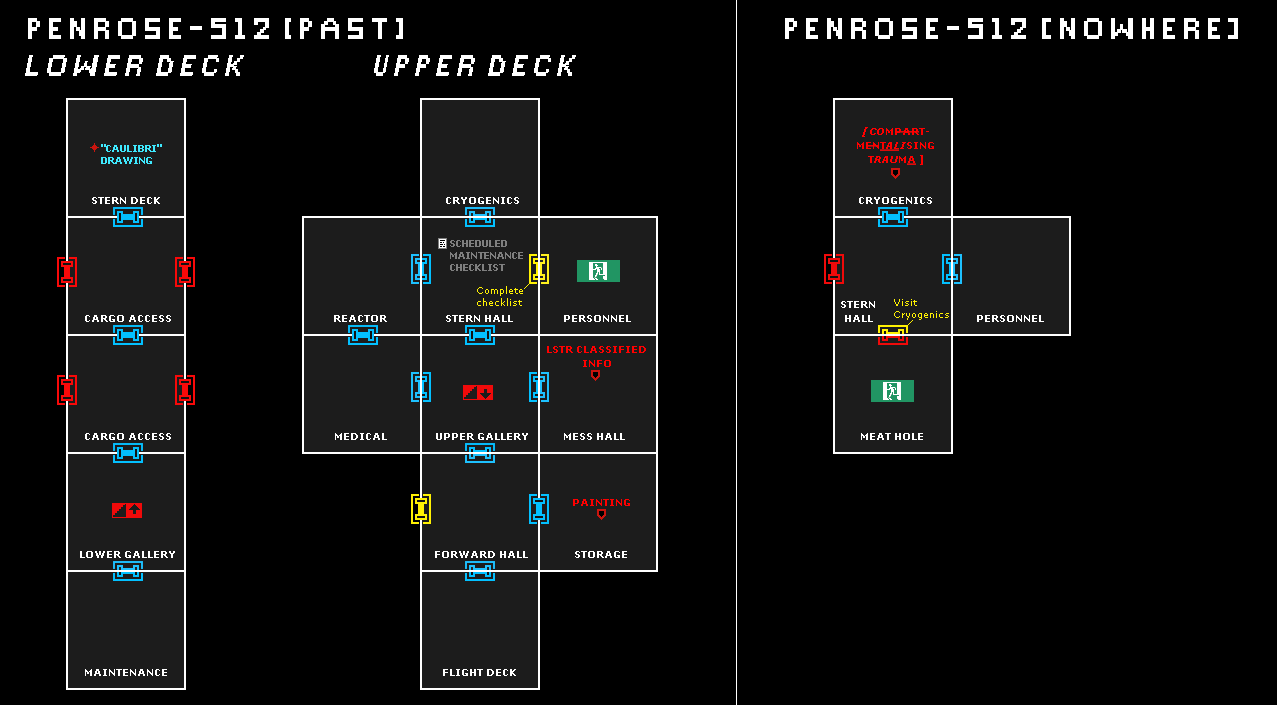 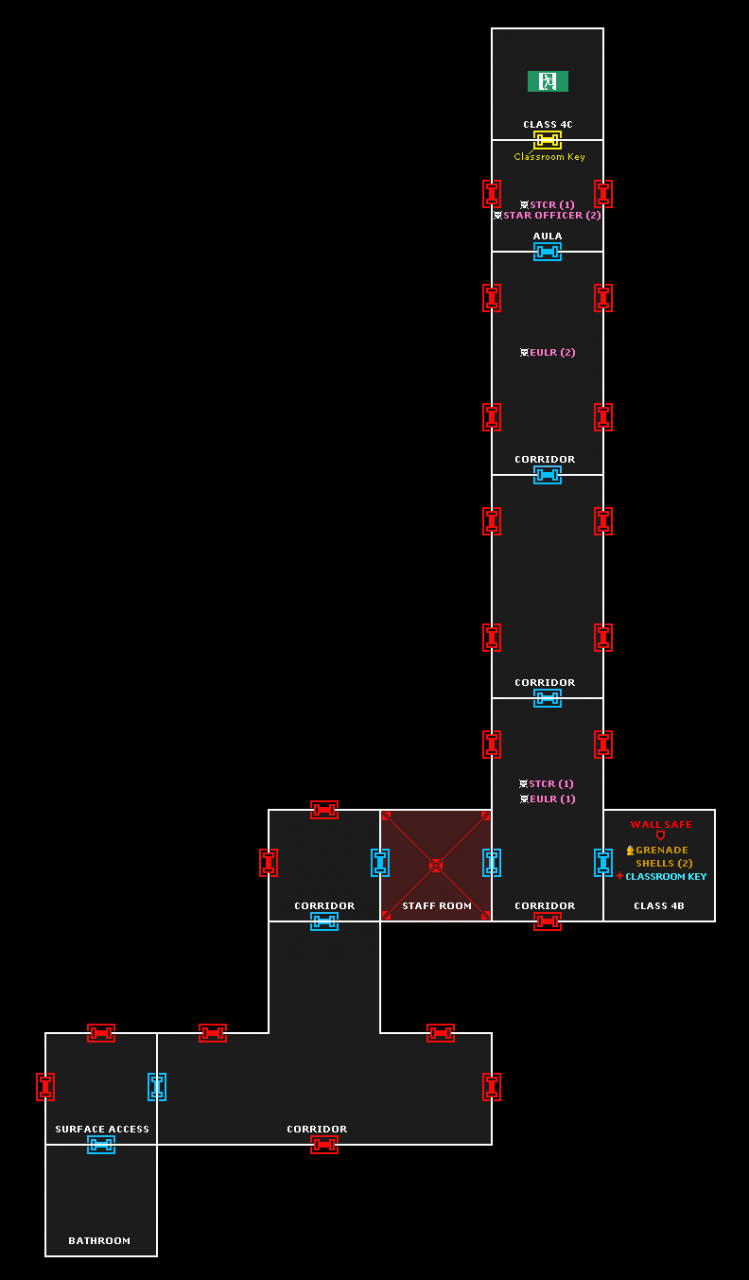 Note on Rotfront – there are several rooms which become inaccessible as you proceed through the chapter – I have not shown these on the maps as the thought of trying to work it into these layouts after sixteen of these things makes me want to die.

The most important one that will become inaccessible after you pick up the key items is the Book Store. Make sure you’ve done everything you need in there before you leave. 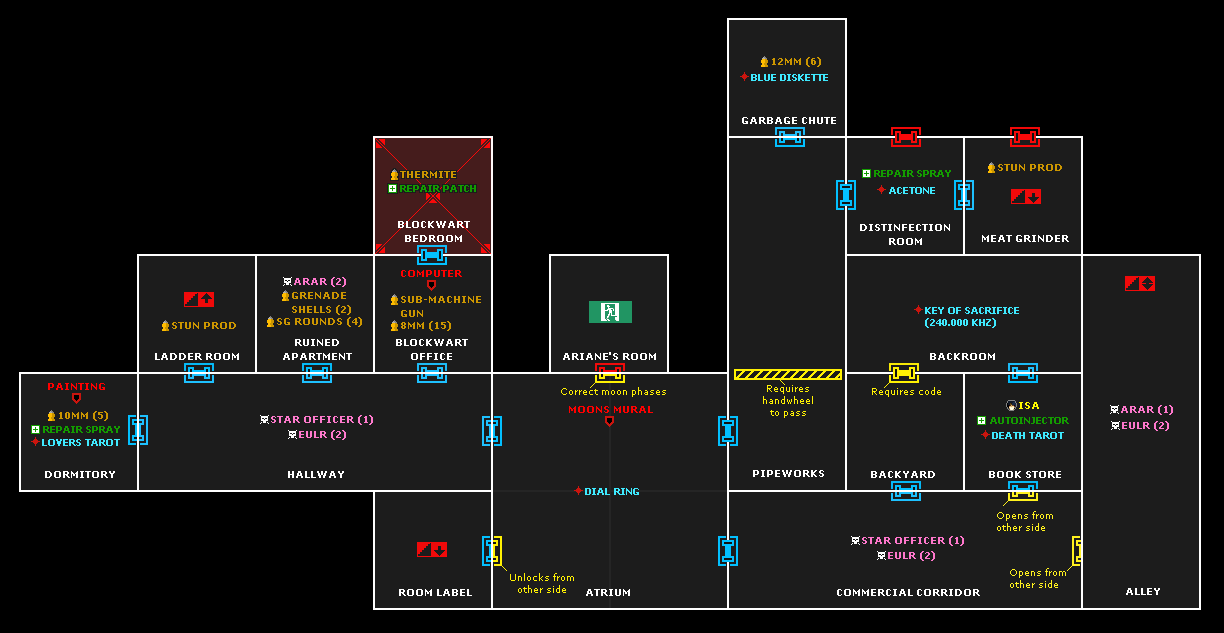 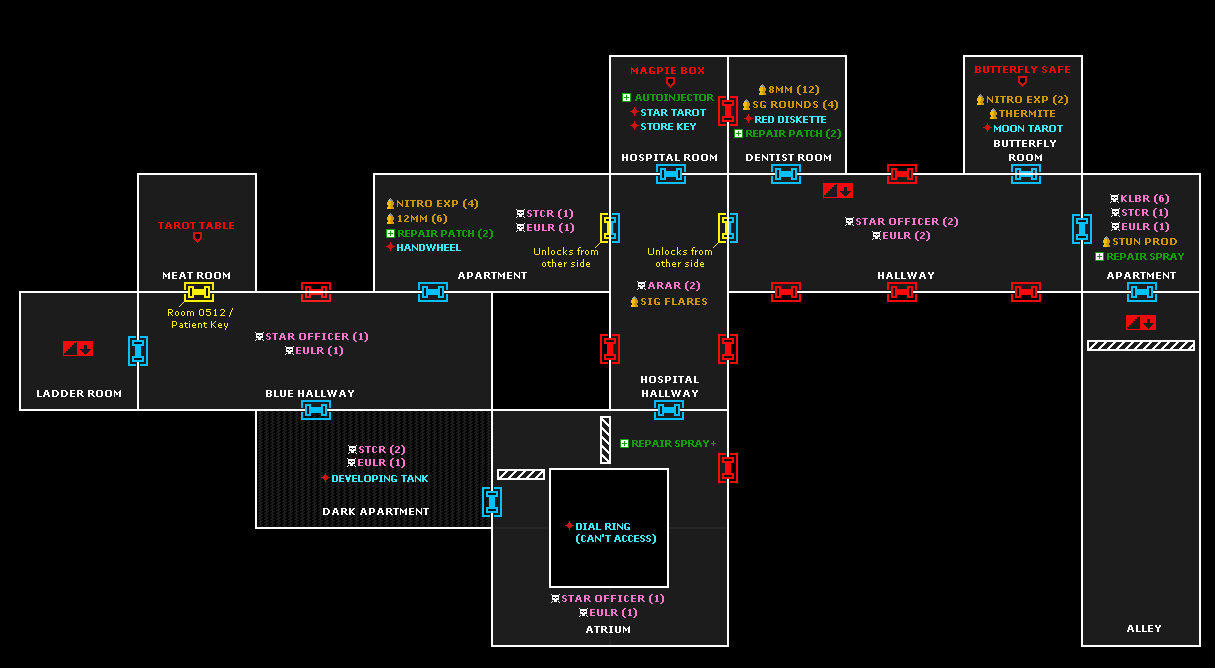 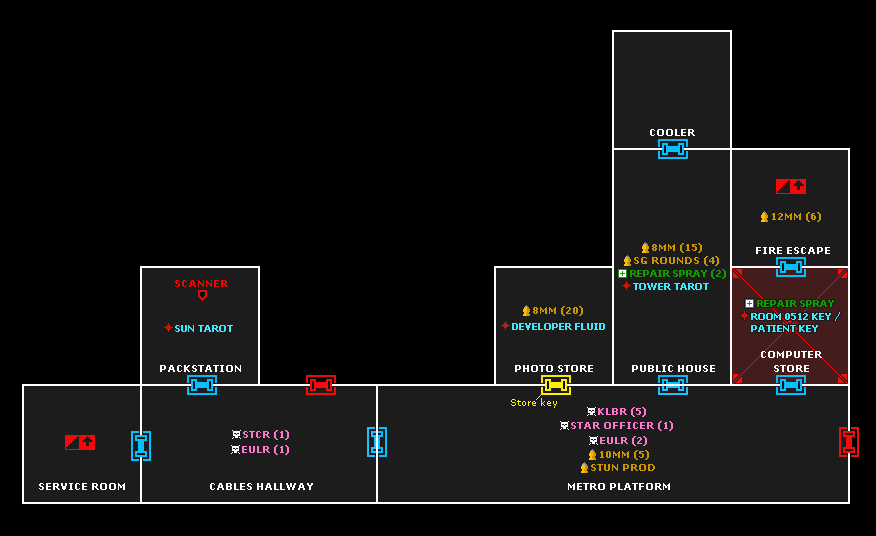 Thanks to Almost A Hero for his excellent guide, all credits belong to his effort. if this guide helps you, please support and rate it via Steam Community. enjoy the game.