My personal overview of all skulls in game. Enjoy!

Tier D – Forsaken by god and devs / Don’t pick those!

Hunter – The worst skull in the whole game, auto attacks are slow and have low range (archer with low range XD), charged AoE attack exposes you to dmg, deals low dmg, the skills are also underwhelming (Barrage is really hard to execute properly and gets blocked by ceiling). keep in mind that we are talking about rare skull and upgrades don’t get any better :/

Bomber – I know that some will say that you can deal insane amount of dmg with bomber and its true but in order to achieve this you need good magic items and a self-detonate skill which is not guaranteed. Otherwise, you will end up running with your bomb for couple of seconds (probably taking damage) and doing less damage than with any other skull. If you really want to play this skull don’t treat him as your main skull but rather as a nuke skill for your mage character. Still, I wouldn’t take the risk for a dream. 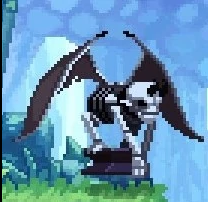 Gargoyle – He is not a bad character as a starter but his problem is his duality of playstyle. First of all, you need to be airborne which can be sometimes problematic. Now, he gets Magic attack buff if you are airborne so this pushes you towards mage way but he also has increased attack speed which pushes you towards the fighter way. The truth is he is bad at both :/ Sylphid Wings highly recommended

Recruit – If you plan to level this up be sure to have one of the summoning skills at start because this is a summoner class and his minions gain dmg after a charge attack. Problem is, there aren’t any items that could improve your minions and charge attacks are really bad since they expose you to dmg. Keep in mind that minions attack nearest enemy and there are situations where we want to focus specific enemy first.

Sneak – The only character who can help you with your bargains. Problem is, you don’t need that much gold in this game, really! Once you will upgrade “selling items” perk to max you can skip all the gold rooms and still manage to buy everything you need in shop. Also, there are no items which would scale up with your gold amount so those two facts leave our little rogue in a bad spot.

Ent – He is a very good early power character but later on he gets outclassed by others because his skills require charge :/ Also his ent minions suffers from lack of focus and platforming issues.

Sword – He would be a good starter… if he was a Speed skull instead of Balance. Character focused on auto attacks won’t benefit much from lower skill cooldowns. Weird decision to make him like that but who am I to judge.

Aqua – The problem with this skull lies in his wave skill design. Not only does it suffer from the platforming problem but also pushes away your enemies giving them a chance to counterattack. 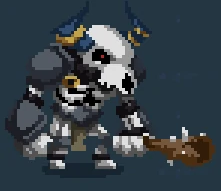 Minotaur – Your mediocre power character. Not as slow as the previous power skulls but suffers from low range on both of his attacks and skills. High damage tho! 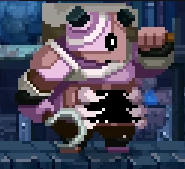 Ghoul – This character is a really good starter and shines in normal maps where you can stack out his passive ability but is absolutely useless against bosses. Although good vs normal enemies his big size can be a big disadvantage and can lead to taking unnecessary hits. Also, FRESH MEAT! 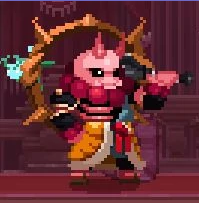 Yaksha – Just compare it to any other legendary xDDDD No buffs, crowd control, escape mechanics, NOTHING!

Gambler – Mix of physical, magic and attack speed character without any escape mechanic. His skills have higher chance to fail than to success which perfectly illustrates how gambling works.

Mummy – He needs items that will compensate his low dmg and benefit from his high attack speed (Thief’s Armor, Jagamon Thorn, Explosive arrow). Without those items it’s not really a good character. Trap damage reduction is useless once you will get used to them. His skills are also underwhelming with a very low range. 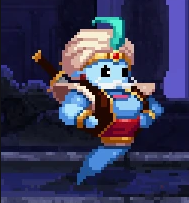 Djinn – Poor offensive but his abilities provide a lot of evasion and escape. Good character to swap when expecting boss nuke.

Living Armor – I’m not really a fan of his soul gauge mechanic because you can be easily wrecked when trying to fill it but if you do, the payoff is huge. Try him out and see if this playstyle fits you.

Samurai – He needs stacks on enemy in order to deal massive dmg… You know what that means. Too much effort for the result. Easily outclassed by other speed skulls.

Champion – His slow time ability is wonderful and can be devastating to bosses but he needs energy to use his abilities so vs normal enemies you are pretty much left with your own hands before you can do anything.

Glacial – Powerful in normal maps with his freeze abilities if upgraded, garbage vs bosses since they are immune to status effects.

Werewolf – Great starter skull, he has fast attacks, he is mobile, his skills are mostly physical and later on he gets a useful passive increasing his Crit chance.

Spear – Get as many dash-oriented items and become and S-tier killing machine that can dash through the game! (Pope can be a pain in the ass since he floats around platforms)

Shield – Best skull for alternative usage. Who doesn’t love shields right? Boss is about to nuke you? Just swap to shield and mitigate the dmg. Easy!

Rider – Stomp through hordes with your bike and use the other abilities for the boss fights, Great passive ability if you manage to find move speed items.

Clown – Great attack speed skull with a lot of escape abilities. On the bad side we have medium range attack and weak jump attack. 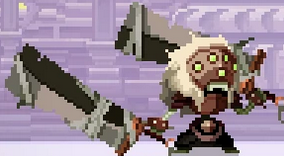 Prisoner – Mobile Speed skull with great diversity abilities and passive buffs which can last through rooms. 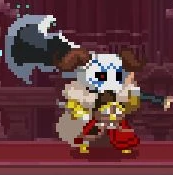 Berserker – Yes, he is slow, yes he has a low range, yes he don’t have any escape mechanics but he hits like a truck and if you manage to find items that can provide damage reduction/shields (Knight’s Determination and staff which regenerates hp to 30%) then he will obliterate anything while on low health.

Rock Star – Mobile, high dmg mage with really useful skills. His energy bar can be easily disrupted and can sometimes be misleading but anyway, prepare to mash that attack button and be rewarded with devastating concert.

Ninja – Can’t say nothing bad about this skull, he is fast, he has dmg and he has perfect escape mechanic, he doesn’t benefit as much from attack speed but at least he is physical dmg oriented.

Alchemist – Homing projectiles without mashing your attack button, huge golem blast which passes through walls, flasks with high number of uses and status effect (overpowered synergy with Mage’s Necklace). This skull keeps enemies in a safe distance and is 100% magic damage oriented. And you can get this bad boy as a starter skull which is probably the best thing about it. 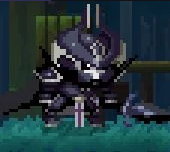 Dark Paladin – This aggressive mage rewards you for spamming your skills with a hp shield. As a balance hero he gets reduced cooldowns for spamming his magic abilities. His passive ability which empowers you magic damage is also nice addition to his arsenal. 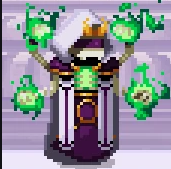 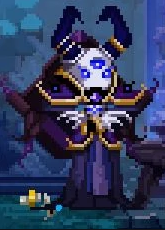 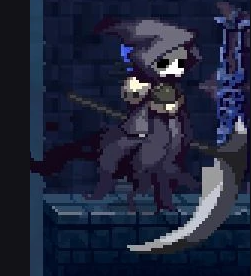 Archmage / Archlich / Grim Reaper – they fall into the same category of “kill everything on map with a safe distance”. Their abilities allow you to sit in a safe place and just nuke enemies without engaging in battle. It was overpowered in early access and it still is. Should be nerfed so have fun while it lasts.