Slime Rancher: All Slimes (Where to Find, Their Diets & Abilities))

A list of every single slime in the Slimepedia, where to find them, and what they like to eat, and they’re special abilities! 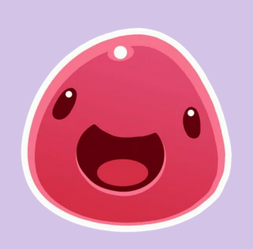 Pink Slimes will spawn just about anywhere, with their main spawn being just outside of your farm, in the Dry Reef. Pink Slimes will eat any food you give them and have no favorites. These slimes are basic with no special abilities. 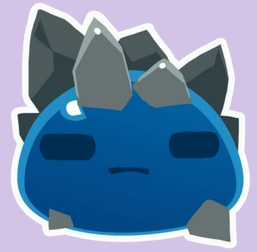 Like Pink Slimes, Rock Slimes will spawn in many places, with their main spawn being in the Dry Reef. Rock Slimes eat Veggies with their favorites being Heart Beets. These slimes have the ability to roll around dealing damage to anybody it hits. 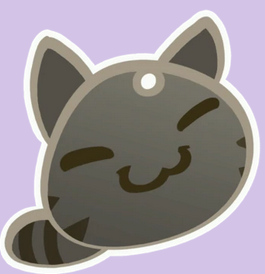 Tabby Slimes will spawn in a lot of places, the main one being the Dry Reef. They enjoy eating meat, with their favorites being Stony Hens. Tabby Slimes are very mischievous, and steal food and plorts. 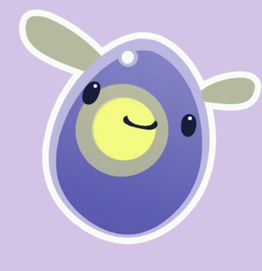 Phosphor Slimes will spawn just about anywhere, but the Dry Reef is a guaranteed spot for them. They will only spawn at night, and when the sun rises these slimes will disappear. They eat fruit, their favorite being the Cuberry. These slimes have the ability to float. 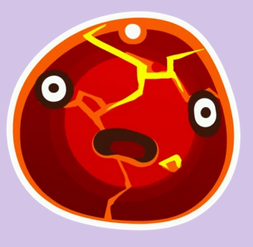 Boom Slimes will spawn just about anywhere in the Indigo Quarry. And they eat meat, with their favorite being Briar Hens. These slimes have the unique ability to explode every so often, so be cautious as it can be lethal. 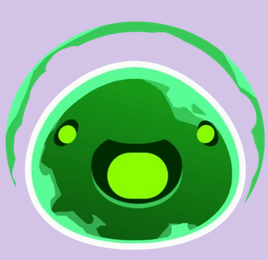 Like Boom Slimes, Rad Slimes will also spawn just about anywhere in the Indigo Quarry. They eat Veggies and their favorite is Oca Oca. They emit a radioactive aura dealing damage over time. 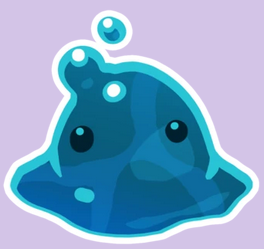 Puddle Slimes spawn in the Moss Blanket and the Indigo Quarry, and can be found in the ponds residing there. They do not eat food, but rather water instead. If you place them in a pond then the Puddle Slimes will drink the water and produce plorts. But if there are too many Puddle Slimes in one pond, they won’t produce any plorts. 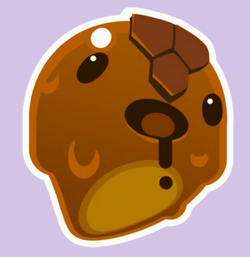 Honey Slimes can be found in The Moss Blanket. They eat fruit, with their favorite fruit being Mint Mangos. Honey Slime Plorts have the unique ability to attract other slimes to them. 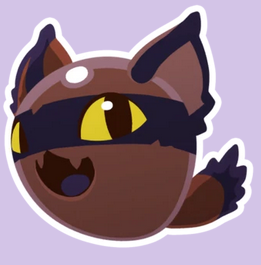 Hunter Slimes can be found in The Moss Blanket and The Glass Desert. These slimes can become agitated and can pose a threat to the Rancher. They eat meat, with their favorite being Roostros. These Hunter Slimes have the ability to turn everything but their eyes invisible, making them very dangerous predators. 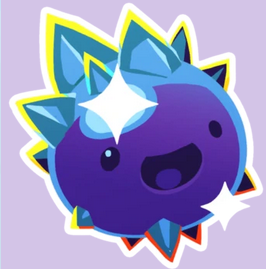 Crystal Slimes can be found in the Indigo Quarry in a small cave on the east side. They eat Veggies, with their favorite being Odd Onions. Crystal Slimes have the ability to make crystals launch out of the ground at deal damage. 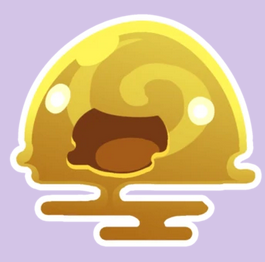 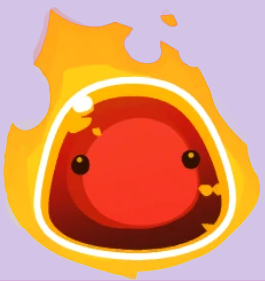 Fire Slimes can be found in the Glass Desert. During a Firestorm, these Fire Slimes will appear from fire shooting out from the ground. They can only eat ash so to feed them you’ll need an incinerator with the Ash Trough upgrade, and regularly incinerate food for them. 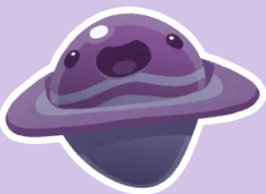 Dervish Slimes can be found in The Glass Desert. They enjoy eating fruit with their favorite being Prickle Pears. When these slimes are agitated they can create cyclones using the rings around their bodies. 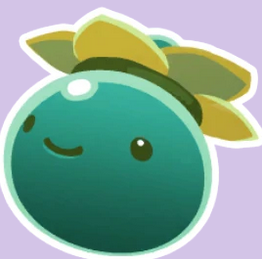 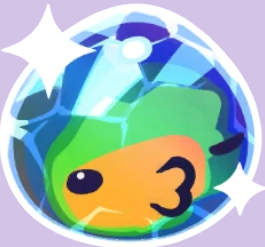 Mosaic Slimes, similar to Tangle Slimes, spawn in The Glass Desert after you’ve restored life to it. They enjoy eating Veggies, with their favorite being Silver Parsnips. They have the unique ability to create glints of light around them that explode on contact with ground. 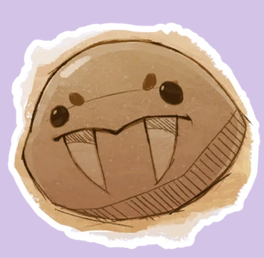 Saber Slimes can be found in The Wilds as Largos. You can get to The Wilds through Ogden Ortiz’s farm. Most Saber Slimes are feral and can pose a threat to the Rancher. They will eat any type of meat. 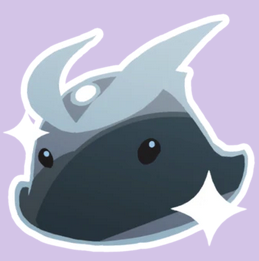 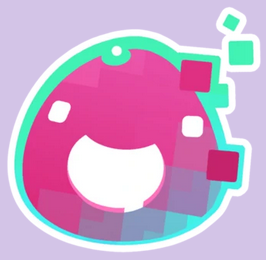 Glitch Slimes can be found in Viktor’s Slimeulation on his farm. They only appear when you find a slime with a strange face and pick it up. They do not eat food, and if you leave the Slimeulation while holding Glitch Slimes, they will turn into Bug Reports which can be traded in to Viktor for rewards. 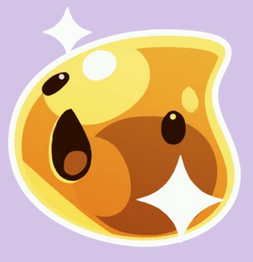 Gold Slimes are very rare, and can be found spawning randomly across the map. There is a guaranteed one-time spawn of Gold Slimes in The Feral Vaults. Gold Slimes will produce gold plorts if hit by anything except Chickadoos and Plorts. Gold Slimes can not be stored in the Vac Pack, and will run away if they spot you. 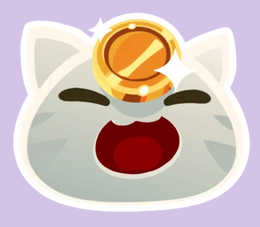 Like Gold Slimes, Lucky Slimes are very rare, and spawn in specific places across the map. They will give you Newbucks if you feed them meat. Lucky Slimes will disappear shortly after spawning, and cannot be contained in the Vac Pack. 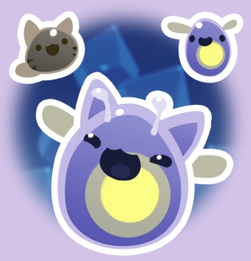 Largo Slimes are any 2 slime types mixed together. They can be found anywhere on the map or you can create them yourself by feeding a slime any plort except its own. 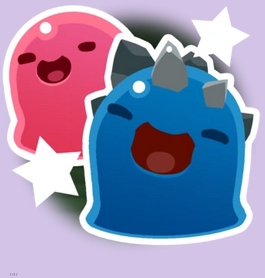 Gordo Slimes can be found in specific places across the map. Once Gordo Slimes are fed enough they will explode and either give you a key, or a teleporter back to your ranch. They will also drop crates, and slimes of the same species. You can also find Gordo Slimes by using a Gordo Snare to trap them. 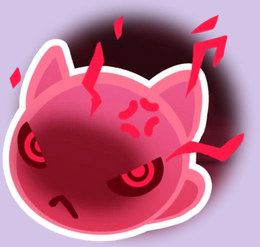 Feral Slimes are agitated Slimes that will attack the Rancher on sight. Most Feral Slimes can be calmed if they are fed. There are certain spots where feral slimes will always spawn. 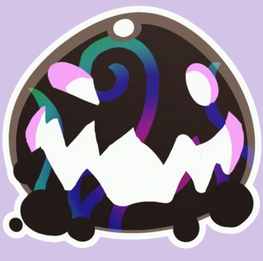 The Tarr can be found if a Largo Slime eats any plort except the two it was made from. They will attack other slimes turning them into a Tarr as well. They will also attack the Rancher, so be cautious. They can be destroyed when in contact with water.
By Gover