A guide on how to assemble some simple scripts to control game play for a scenario.

This guide will show how to construct and understand the example scenario from here.
Step 1: Build a grid
In this example, I have a refinery, a cargo box, a button panel and a battery. the button panel is set to be able to turn on the refinery 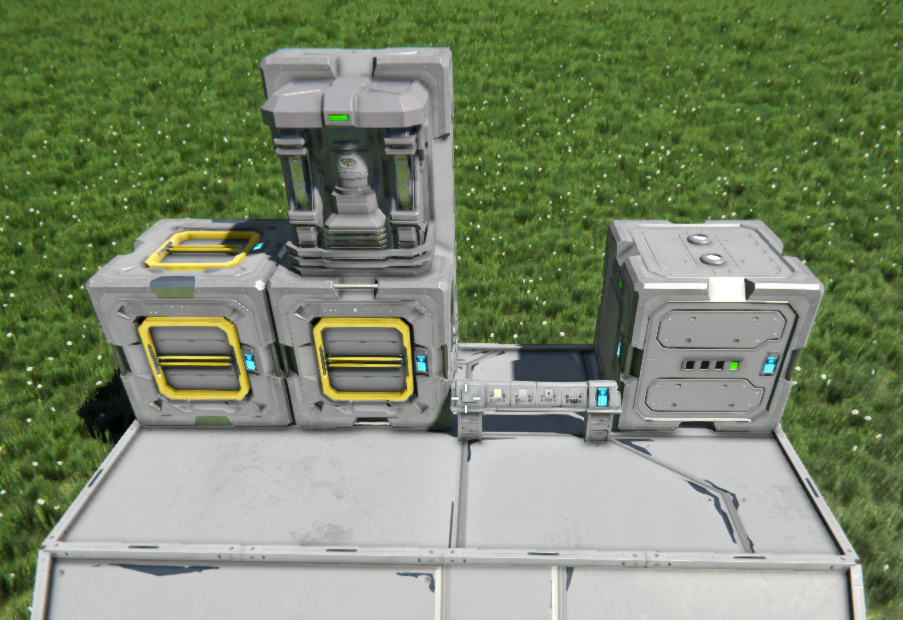 Step 2: Tag the entities
Pressing f11 twice brings up the scenario menu where you can “Tag” selected items for the scenario

Right-click to pan the camera then Left click to select an item. When selected it will be highlighted in dark blue.

I have called the grid “Main_Base” and named all the functional blocks by their type “Refinery_1”, “Cargo_1” Button_1” & “Battery_1” 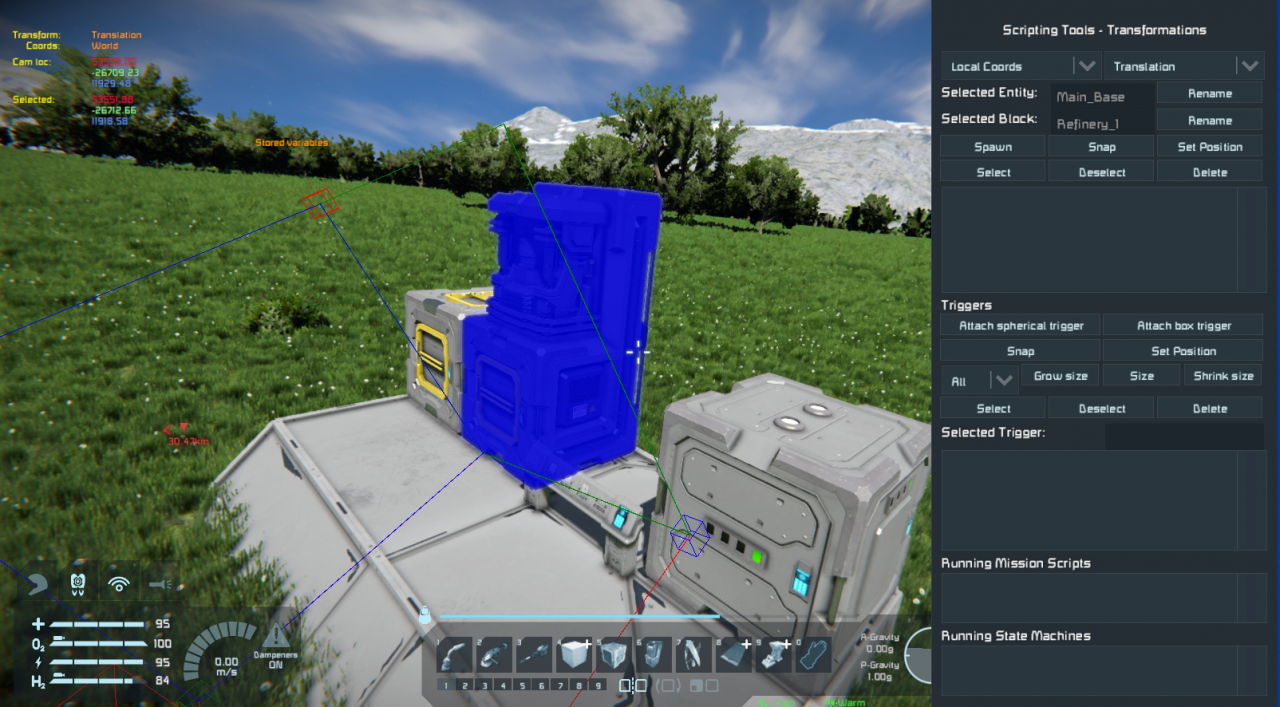 Once you are done, put your character where you want the player to start and save. 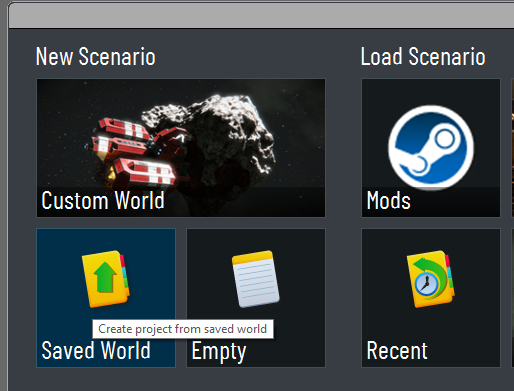 To verify the connection press the run scenario button and you should get a “hello world” chat message. 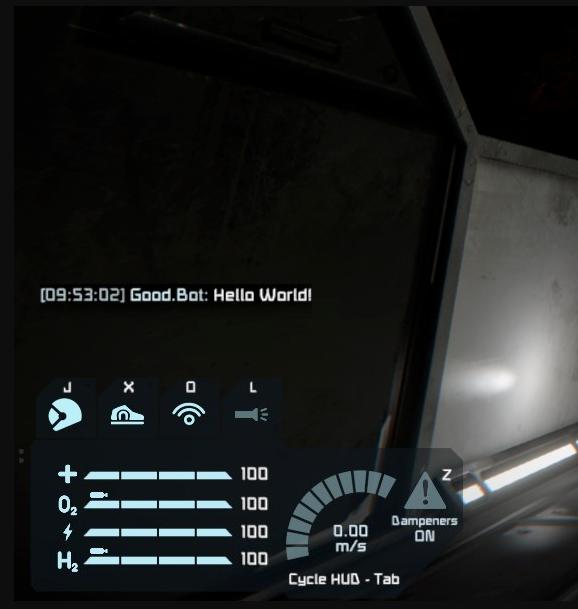 As the last script in the state machine, it will end the scenario.

Additionally using a finished state to the line will close out the session with the option of unloading the game and rolling keen credits. Right-click and choose final then drag a connection from the “end” objective script over the final block to connect.

Detail about the tool

Below is the default script that will be inside the mission 01 start script in your scenario from the start.

Explanation of types of nodes,
-Methods in Mission script this will be the logic running throughout the whole session
GameStarted – runs on initial world load
GameFinished – runs through once on stare machine completed
Update – runs once per game tick
Dispose – runs through once on world unload
PlayerDied – trigger when the player dies default to “death screen” and unloads world. 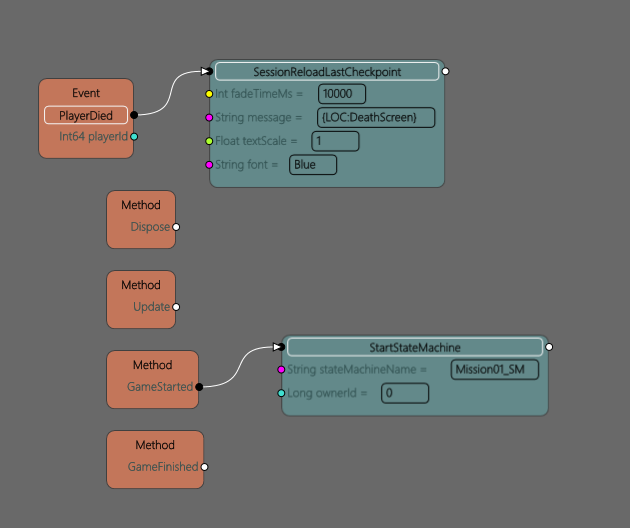 -Methods in objective scrips, these are separated with transitions as your scenario progresses
-init – runs through once on script load
This will be where you want to place all the setup blocks and questlog.

-Dispose – runs through once on script unload 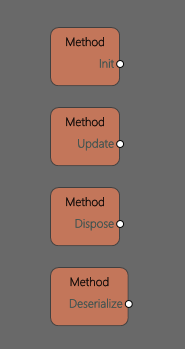 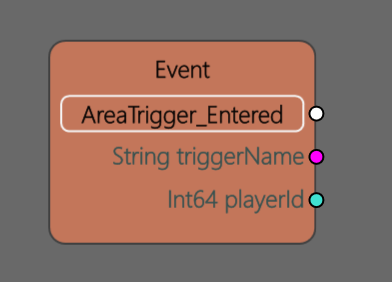 ​ -Key Events:
-Functions similarly to normal Events, but with user-specified “key” values
-Only fires when parameters with the specified values are triggered 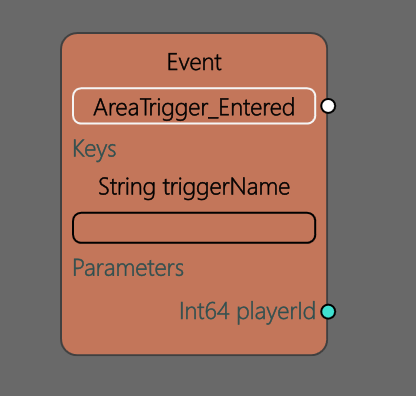 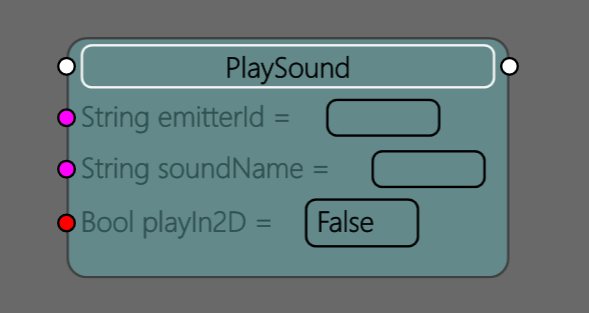 Step 5: The storyline
It’s a good idea to have a clear picture of the series of events you want to play through.
In this case, we have a simple set of objectives.
Repair the refinery
Turn on the refinery
Overload the battery
Restore power
Detect player removed ingots
Close session

Now we can use the “start” script to set up the scene.

On the init event we want to set the refinery integrity, set power to off and place materials inside the cargo container once this is done we can use a complete node to close this script.

Each of these sections is connected by a sequence to make it look neat. 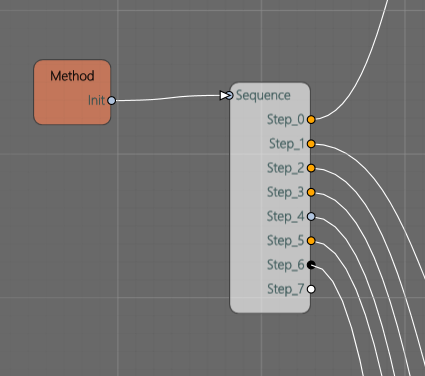 Don’t be fooled by the name a sequence runs so fast it might as well be all at the same time. 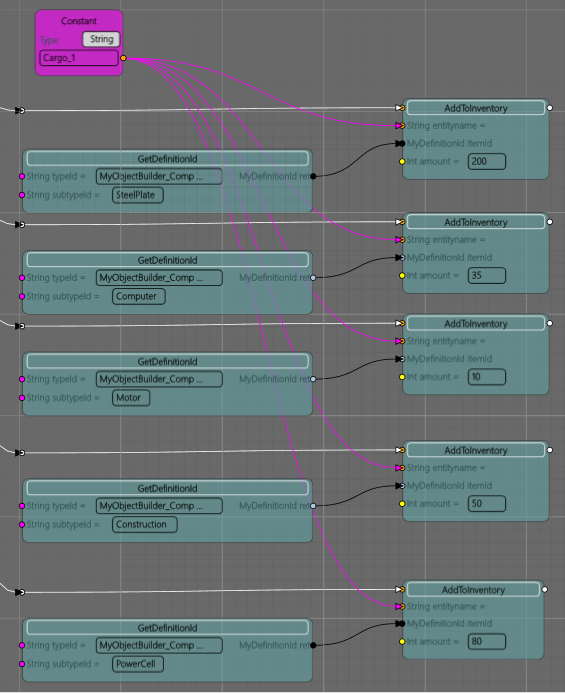 The last node added to the sequence is the complete transition

This will terminate this script section and move to the next one defined in the state machine.
To get a complete node you must drag out a connection from a node and search for “complete” in the context menu

On the dispose event we will create a new questlog called “The ultimate quest” and set the first detail task to “repair the refinery!”

Within the “part” script we want to use the update method to check the condition of the refinery.

A branch allows you to stop a script from proceeding until a true/false condition is met. It is used here prior to updating the questlog, If true then proceed and update the quest to “Activate the refinery”, but because the update method is run every frame we need to add a “once” script so what comes afterwards is not repeated. 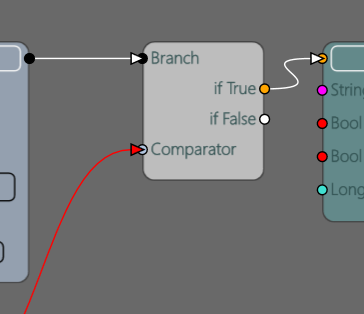 This will section compare the block heath in both its current state and its potential maximum, the arithmetic node is set to compare and will output a boolean of false until the block integrity is 100% 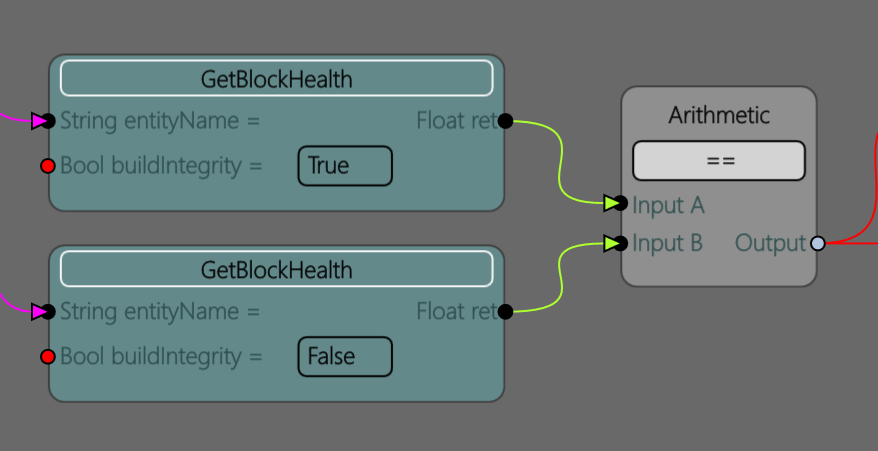 As this part is complete the next step is to turn on the system so that to guide the player a highlight is set on the button panel. 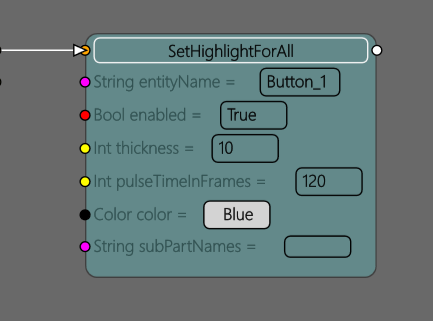 “Button pressed” method will disable the panel highlight, then apply a large amount of damage to the battery entity finally update our questlog “Power overload look for alternative power supply”.

Now onto the end script using the update method to check the grid is powered this will set the output to true and allow the branch to continue where we set quest complete.

As the last script in the state machine, it will end the scenario.

Additionally using a finished state to the line will close out the session with the option of unloading the game and rolling keen credits. Right-click and choose final then drag a connection from the “end” objective script over the final block to connect. 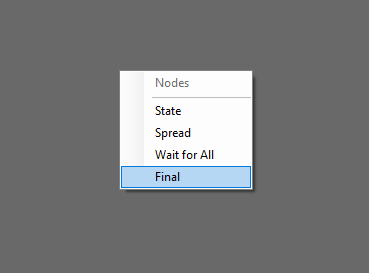 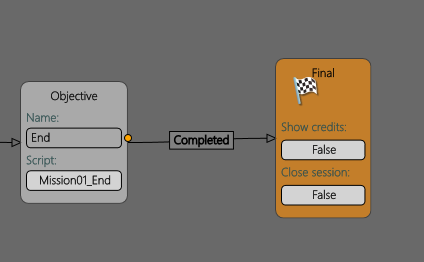 Thanks to Chipstix213 for his great guide, all credit to his effort. you can also read the original guide from Steam Community. enjoy the game.