Spelunky 2: How to Kill Olmec with Shortcuts

Hey Y’all! So I just unlocked the 2nd shortcut, and was curious if I could kill Olmec without having to go through the Jungle or Volcana, So then I started experimenting. I’m unsure if there is an easier guide on this or something like that (gotta stay spoiler free!) The beginning part was found by me, while the part to kill Olmec was found The Rootinest Tootinest Friend I know A U R O R A B O R E A L I S ! ?
(btw step 0 is git gud)

Alright, So Step 1 to this is you are going to be using the 2nd shortcut, come out of that and run in between the 2nd and 3rd torch. Now You have to be Very precise for this part. There’s a sweet spot where you need to put a bomb on the brick line as shown, 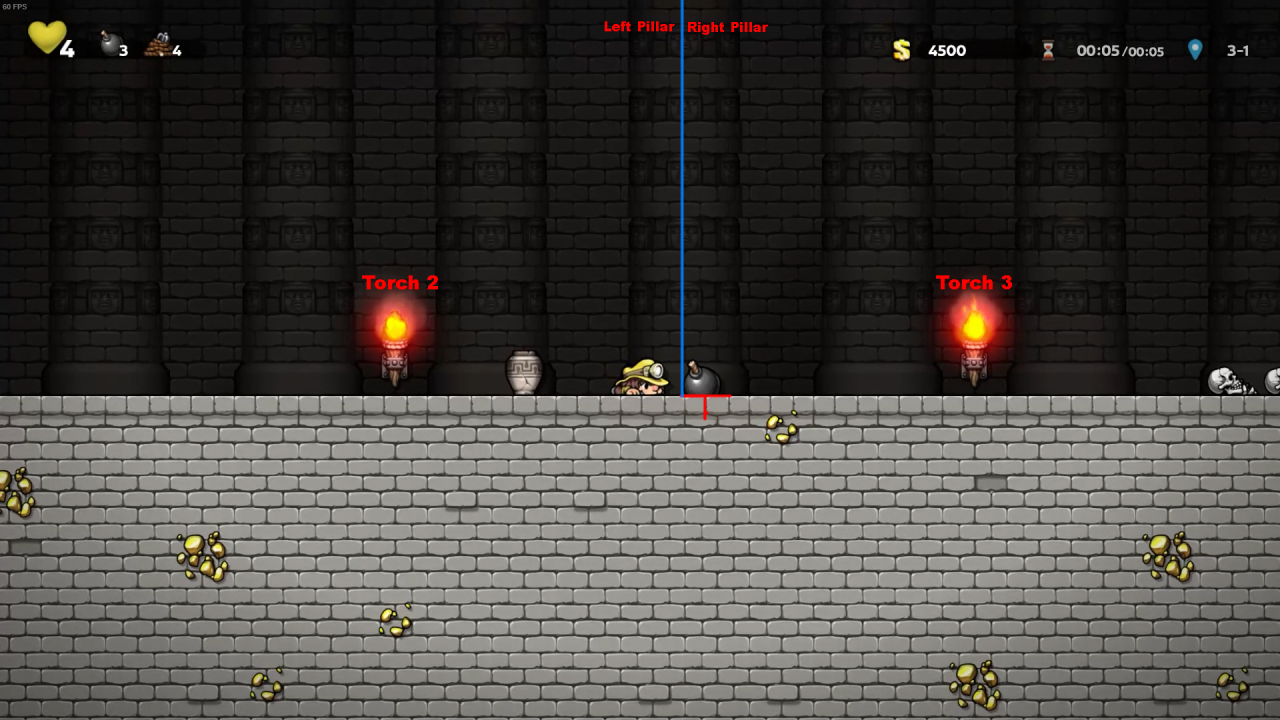 So Place the Bomb and back away. Now There should be 1 small block on the left, Hug this block, crouch, and place a bomb and go to the right. Back off and let the bomb explode. Hop back down after its exploded. Now on the right there should be a small stack of 2 blocks and 1 block on your left, Same thing as before, But this time you need to hug the wall to your right, Crouch, And place a bomb, Now run to the block on your left and wait for the bomb to explode. After that, you can hop down and there should be the block you stood on, 2 blocks stacked next to it, and a block in the wall on your left. Now you need to be precise again. So you need to put a bomb close to the left wall but not hugging it and closer to the middle. (see pic) 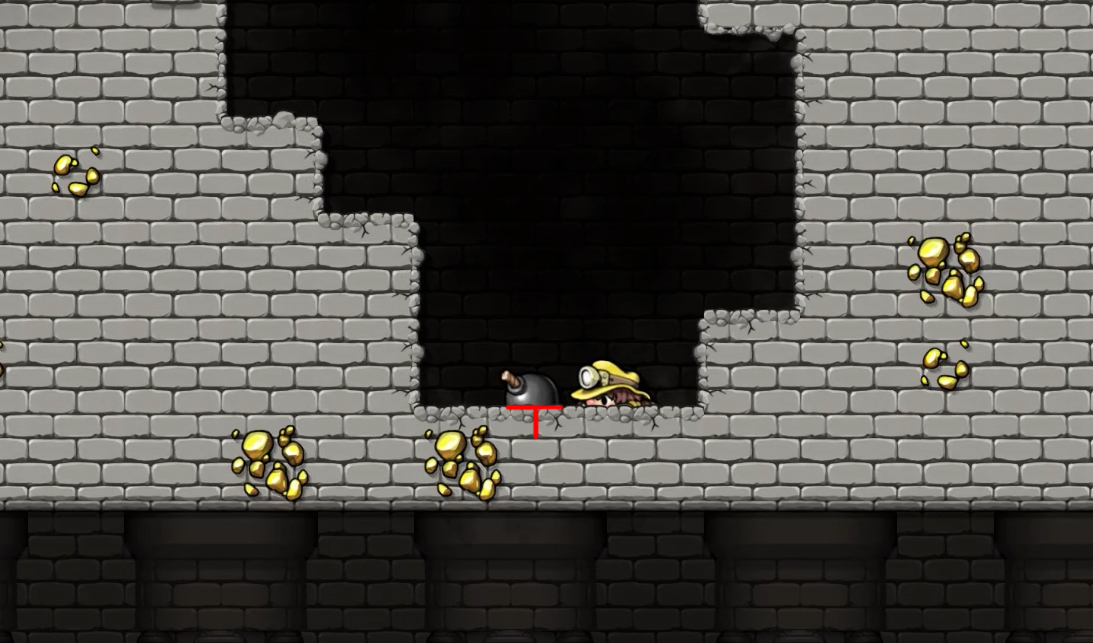 So place the bomb and climb up the 2 blocks to your left and the one to the left above that one, Now throw a rope up for some height. Now you need to jump and throw a rope in midair on the pillar to your right the one in the middle where you put the first bomb. Make sure its on the left part of the pillar as well. So jump, throw the rope, and hop back to your original rope and then climb onto the rope on the pillar. Now the bomb should have exploded and a nice Olmec sized hole is in the ground. So now you need to climb the middle rope and go to the top, Now Olmec will start hitting himself into the ground, Let him do this until there is 1 block line left, Let him go into the air and then you need to get off the rope and hop onto a part on the side of the hole. Now Olmec should fall. Congratulations! Now hop into the hole in the wall on your right of the hole, And now its time for the harder (kinda) part.

Now that Olmec has fallen to the 3rd layer and you are in the right part of the wall, Hop down onto Olmec’s head and go to the left of it, Stay on his head until he moves to the left wall in the layer. Once he gets there, you need to get off and get under him to trigger him to fall and break the layer of blocks. Now he will open up and release a UFO alien thing, If you have a throw able you can throw it at the alien, Or you can just be good and jump on him or hit him and back away. But do this to the right alien so you can repeat the same steps again, Now that the alien is dead and there’s a big crater in the ground go underneath Olmec. Make him mad so he will go back into the air like hes about to slam and move away from him. Now just repeat this step again, go under him, Let him stay in the air like hes floating there and back away. Now another alien will spawn. Go to the part on your right that is elevated and jump up and bounce on the alien so he can explode and make another crater. Just repeat these steps until he falls into the lava, hop onto him, and go through the caves. Now Olmec is dead and you can head to the top and get the Ankh, Get the parachute as well and make sure to get the new skin/henchman guy.

Hey so I will do this later, there is a way, its pretty much you get out of world 2 and then you place bombs on the left side and fall down then do every other step. ill fix this later..
By Vascularpumpkins